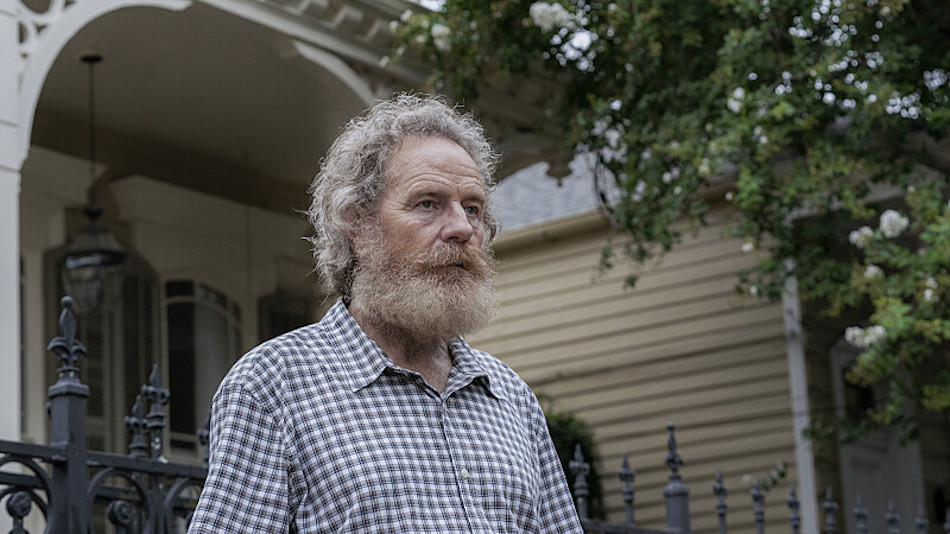 The second season of Showtime’s ‘Your Honor’ follows Michael Desiato, a disgraced New Orleans judge who lost everything in the finale of Season 1. After the death of his son, Adam, Michael has given up on life, but it looks like there are some people who are not done with him yet. He is to play a very important role in bringing down the crime families of New Orleans, and in this episode, we find him taking a huge step in that direction. The ending also gives Michael something to hold on to in his perilous journey. Here we break down this episode and see what the ending means for Michael and his journey forward. SPOILERS AHEAD!

Now out of prison, Michael Desiato heads back home, only to find a different family living there now. He ends up knocking on the door of his mother-in-law, Elizabeth. It turns out that for the past year, he had been ignoring her, just like everyone else. Speaking of the people he shut out, Michael tries to visit Charlie but discovers that he has been banned from the building. Immediately after this, Olivia Delmont shows up, revealing that it was she who barred his entry into the mayor’s office.

Delmont takes Michael to his new job at an establishment that is owned by a person whose sentence Michael had reduced from fourteen years to eight months. This reminds him of the person he used to be before he got entangled in all the mess after Adam’s hit-and-run. It looks like Delmont is trying to get him on the right path, but soon, he discovers that she has no intention of calling out to his moral values. She has already set her plan in motion.

Meanwhile, things don’t look so good for the Baxter family. Fia has moved out and is living in a room at the hotel now. Gina attends a few meetings at grief counseling, but it doesn’t look like she is there to change how she feels. Her relationship with Jimmy has also deteriorated. He is grasping at straws trying to reconnect with his daughter. Big Mo, on the other hand, has bigger plans for her empire and seeks out Charlie Figaro to help her take control of a place she’s been eyeing for a while.

The pieces start moving in the second episode as everyone appears to be in a very tight spot one year after Adam’s death. For Jimmy Baxter, his family has all but crumbled under the weight of Fia’s grief, who is still unaware of the fact that Adam was the one who killed her brother, Rocco. Her moving out takes a toll on the rest of the family. She specifically keeps herself scarce when it comes to her father.

Big Mo plans to expand the empire by buying a club, but the owner refuses to sell to her because he is well aware of her reputation as a drug lord. Eventually, she is forced to go to Figaro and calls on him to help with her this situation in return for making his job as the mayor of the city comparatively easier. While he helps her out, he is completely unaware of the fact that his secret as an accomplice in Michael’s crime of covering up Adam’s guilt is out. He still believes that he, Michael, and Rudy are the only people who know about his involvement in making the car disappear.

Michael tries to warn his best friend, especially about his own confession in which he implicated Figaro, which means that both Nancy and Delmont know about it. For Delmont, the whole hit-and-run case is not the priority. The only reason she is holding on to the recording of Michael’s confession is that she wants to control him. She doesn’t care what happens to him or Figaro if they will ever truly be exposed for their lies. For Nancy, things are much more personal because she feels cheated by Michael.

They’d been friends, and Nancy trusted Michael. But he used their friendship to manipulate her into doing things that helped him cover up the truth about Rocco’s death. For now, she has backed down, because Delmont has bigger plans in mind. But she makes it very clear to Michael that once Delmont is done and goes back to where she came from, Nancy will make Michael pay for his crimes. Michael doesn’t react to Nancy’s threats because he doesn’t care what happens to him anymore. His family is gone, especially Adam, who was Michael’s whole world. He preferred prison over freedom because he hoped that he would die there. This was his punishment for not being able to protect his son while getting a couple of other people killed in the process.

In the final scene, however, he gets a reason to hope again.  Fia had been trying to get in touch with Michael for a long time. When she discovers that he has been released, she reaches out once again. This time, Michael relents and agrees to meet her. This is when she tells him about Rocco Adam Baxter, her and Adam’s son. This explains why she’d been so desperate to have Michael in her life. She wanted her son to have a connection to his father’s side. The child might also be the reason why Fia has maintained a distance from her family.

For Michael, the revelation of a grandson might become the incentive he needed to bring down the Baxter criminal empire. Considering that Fia and her child are still a part of the Baxter family, they might come under fire when the law catches up with Jimmy. There is also a possibility that Michael might find himself torn between working against Jimmy and trying to save Fia and her son. One thing’s for sure, Delmont has the whole thing figured out. She got Michael a job at the place that she knew would eventually lead him to the Baxter hotel where she knew he would cross paths with one of the Baxters. She probably knew about Fia’s son all along and deliberately set Michael on the path that would lead him to this discovery, giving him the push to do what’s necessary.

Read More: Is Your Honor’s Michael Desiato Based on a Real Judge?