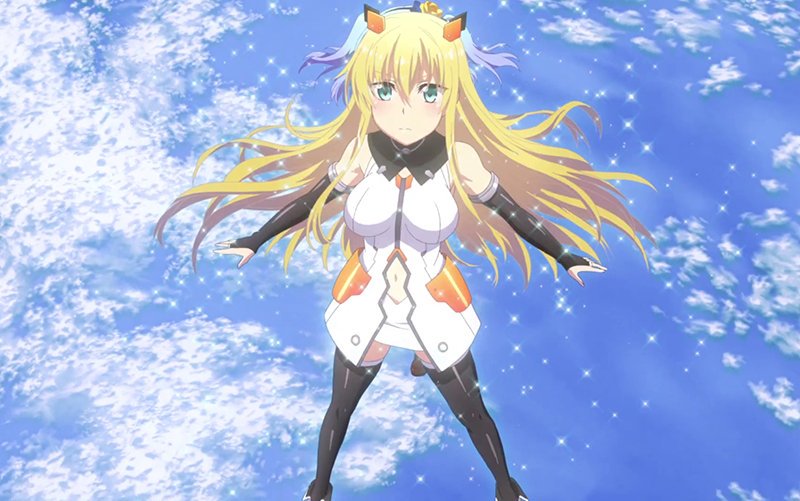 ‘Z/X’ is an anime adapted from game, so unsurprisingly it has a very intricate and engaging plot. It makes an attempt to perfectly capture the vast world and all the characters of its source but fails to do so because of its short runtime of 12 episodes. Even so, it still manages to bring in some memorable action scenes and incredible backgrounds that make it quite enjoyable. It also has some censored fan service which never really goes overboard and at times, even adds a lighter tone to its fairly dark storyline. Overall, from an adaptation standpoint, it comes nowhere close to being as good as the game but it’s still watchable if you can overlook its evident flaws.

Z/X Season 3 Release Date: When will it premiere?

Most gaming anime shows are not too well received by fans but Season 1 of ‘Z/X’ was an exception as it managed to get a fairly average rating on most platforms. Unfortunately, as expected, the second season of the anime has not been received too well by most viewers. And since its rating on most platforms is much below average, it is very less likely that the anime will return with a sequel. Even so, if it is being considered for a sequel already, we can expect ‘Z/X’ season 3 to release sometime in 2021.

An English Dub of ‘Z/X: Code Reunion’ has not been released yet but you can still stream it on HiDive with its original Japanese audio and English subtitles.

Out of nowhere, the gates to different worlds suddenly emerged on Earth one day and no one is able to explain their origin. These gates connect the human realm to five different worlds and with this, otherworldly beings called “Z/X” wage a war against all the others. For obvious reasons, even humans find themselves in the middle of this war and are forced to join. As time moves on, the battles slowly begin to settle down and with a peace treaty, all of it gets resolved. Humans and Z/X begin to coexist on planet Earth along with the creatures of all the other worlds.

Azumi Kagamihara, the main protagonist of the series, falls really sick and the only thing that is able to save her is an advanced form of technology from the Blue World. After she is finally able to beat her illness, she is invited to join a school along with a Z/X partner named Rigel. Unaware of the intentions of the school, upon arriving, they realize that the school is gathering all Japanse girls who have partnered with Z/X and is creating an entire clan of students like them.

Azumi is the main character of the series who almost gets killed by an unknown disease. But what extends her life is a technology that has been harnassed from the blue world. But this obviously comes with a price. She is now expected to fight the other worlds along with her Z/X partner. Knowing that her life is always on the line and after brushing with death once, she tries to live every day like it’s her last and values every single moment. She is quite shy and does not talk much around strangers and at the same time, she is also very mature for her age because of all the things she has experienced.

Rigel, also known as “sword sniper”, is Azumi Kagamihara’s partner who later assists her with her battles against other worlds. Rigel always looks out for Azumi and is willing to against anyone to protect her. There are times when she even puts her own life on the line just to make sure that Azumi is safe. In appearance, Rigel has long blond hair with piercing cold blue eyes. She heads from the battle dress tribe and usually wears a tight white dress during battles.

Ayase is a young girl who heads from the Black World. When she was younger, her parents were brutally murdered by the people from the White World and now, with vengeance on her mind, she is determined to avenge the murder of her family.

Seiger is a ferocious Z/X from the Black world who is Ayase’s partner. He is a giant flying panther who is always thirsty for the blood of his enemies and spares no one.