Directed by Jon Favreau, ‘Zathura: A Space Adventure’ is a science fiction film based on Chris Van Allsburg’s children’s book, ‘Zathura.’ Allsburg also wrote the book ‘Jumanji’ which was adapted into a beloved film. ‘Zathura: A Space Adventure’ follows the journey of two brothers, Walter and Danny, who finds them transported into space through a mysterious board game.

They have to survive the strange ordeal with the help of their sister, Lisa, and an astronaut who comes to their aid. Favreau’s adaptation of the book is considered a wholesome family entertainer with some dazzling special effects that keep the viewers hooked to the epic space adventure. Even though the film has been compared to ‘Jumanji,’ it carves a niche for itself in the fantasy genre. SPOILERS AHEAD.

Walter and Danny are two brothers who find it difficult to get along with each other. Lisa (Kristen Stewart), their older sister, is in charge of taking care of the brothers while their father is away at work. The brothers find a board game in their basement and decide to play. The game is named Zathura, and the way to win it is to reach the final space on the board through a series of turns. Each turn moves the player’s piece at random spaces, followed by an event card. 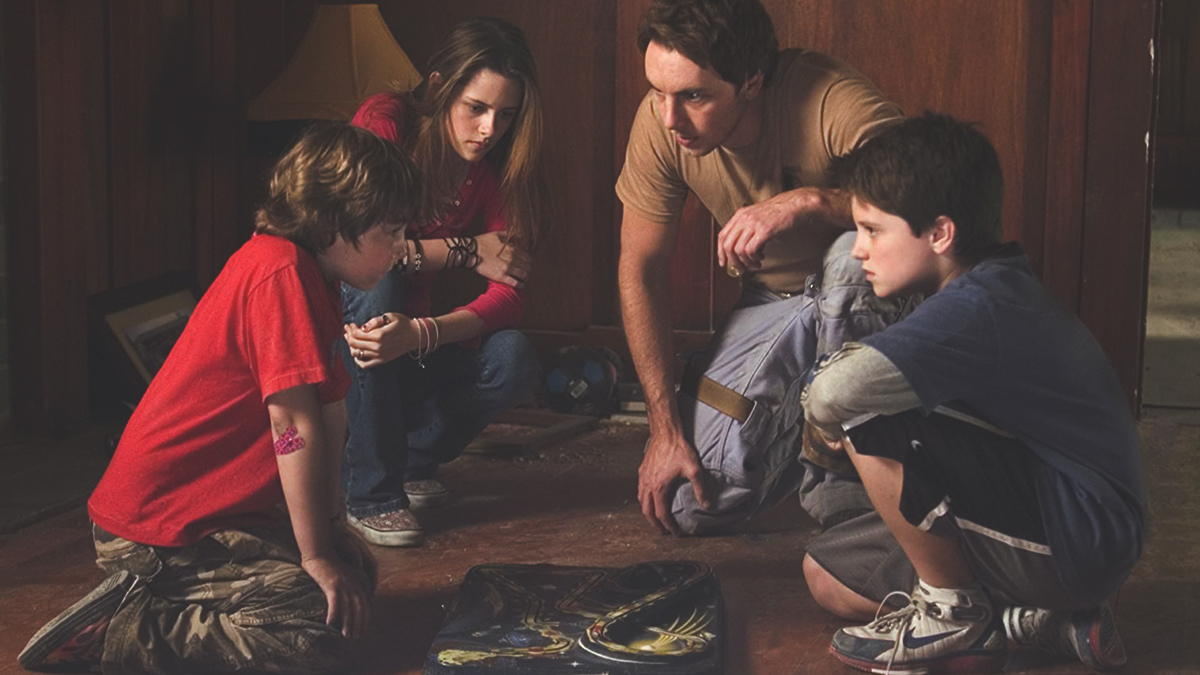 The brothers find that the events detailed by Zathura actually happen for real and realize that they have become an integral part of the game’s simulations. Walter and Danny’s house floats in space, and as they play further, Lisa gets frozen in the bathroom, which turns into a cryo-chamber. Walter figures out that to return things to normalcy, they have to win the game. Walter and Danny have to face various kinds of obstacles and dangerous situations in their quest to finish it.

A reptilian alien race called the Zorgons attack their house. Danny is able to conjure an astronaut in one of his turns, who helps them evade the Zorgons. Eventually, Lisa is thawed from her stasis, and her inadvertent move brings the Zorgons back. The Zorgons take away the board game, which leaves the siblings and the astronaut struggling to get back the game. Eventually, Walter and Danny reconcile and manage to finish the game, thereby returning to reality.

Zathura: A Space Adventure Ending: Who is the Astronaut?

One of Danny’s turns brings an astronaut to their floating house who helps them in more ways than one. Walter doesn’t want him in the game, but it is Danny’s prerogative to deal with the astronaut. Danny asks about his origins, to which the man says that he played the game fifteen years ago but couldn’t finish it. Hence, he is stuck in Zathura’s reality. The astronaut reveals that he wished for his brother to be never born during one of his turns, thereby leaving him without a partner to finish the game. 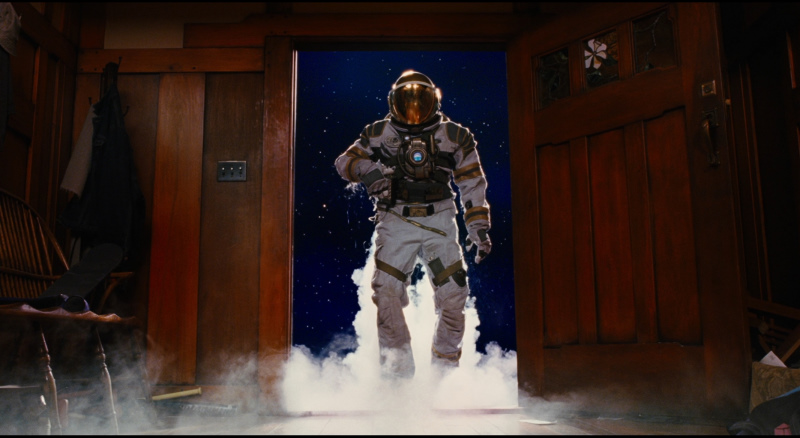 Walter’s and Danny’s squabbles remind the astronaut of his own youth, and rather than rebuking them, he relives the callous decisions made during his childhood. When Danny wishes that the astronaut’s brother comes back, his doppelgänger arrives. The astronaut reveals that he is actually Walter from the future, who got stuck in the game without Danny. In a film filled with an angry robot, a meat-eating alien race, black holes, and pulverizing meteors, the saddest part is a brother wishing his sibling never existed.

The astronaut binds the thematic underpinning of the film together. He is an external agency that comments on Walter’s and Danny’s moves and gives them tenets of wisdom. The astronaut’s character provides a sense of poignancy in the fast-paced adventures of  ‘Zathura: A Space Adventure.’ Through him, we understand the strained relationship between Walter and Danny in the light of their parents’ divorce. In essence, the astronaut helps them unite and acknowledge each other’s presence.

How Are Walter and Danny Able to Reconcile?

In its adventure-filled narrative, ‘Zathura: A Space Adventure’ packs a tale of a reunion between two brothers. Walter and Danny are in a state of perennial antagonism, as is the case with most siblings their age. The situations they face, courtesy of Zathura, force them to work together in figuring out a way to return to their place. The astronaut’s character serves as a beacon of support for them, who is basically Walter from the future.

In one of the scenes, Walter gets the opportunity to be granted a wish by the game. Fearing that Walter might wish his brother to be gone, the astronaut frantically looks for Danny. As it turns out, Walter actually wishes for an autographed football, indicating that even though he has differences with Danny, there is no sense of hatred between them. The alternate timeline where Walter (the astronaut) is stranded without Danny serves as a reminder of animosity’s dangerous repercussions. When Danny’s doppelganger arrives, things become clear to the brothers. 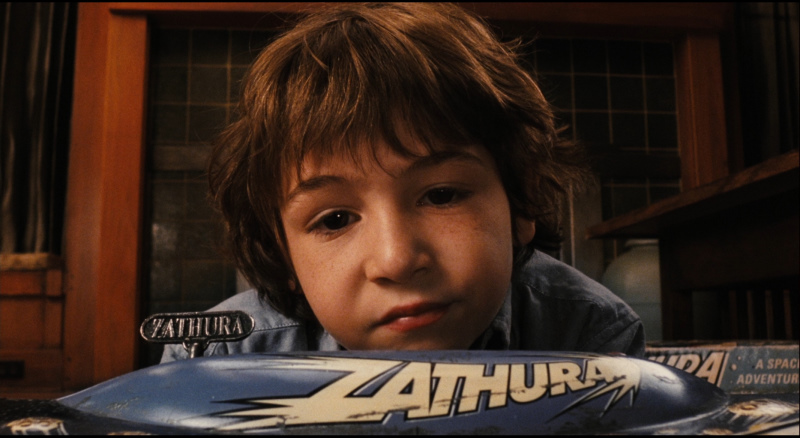 They comprehend the reality of the astronaut, and they literally merge with their counterparts. The scene is a clever narrative device that resolves the inner conflict of the film. The situations of the board game are basically a set of circumstances that pushes the siblings towards team-work. It is exemplified when Walter, Lisa, and the astronaut help Danny retrieve the board game from the Zorgons. Through a collective effort, they empathize with each other and understand their own fallacies. In the end, they promise not to talk about the game with anyone: an innocent secret that is safe within the confines of their renewed relationship.