Disney’s ‘Zombies’ is set in a world where humans and monsters have found a way to live in harmony with each other. After the success of the first two films in its franchises, ‘Zombies 3’ concludes the story bringing it to a surprising end. The film goes through a lot of twists and turns and a number of secrets come forward, especially for Addison, whose whole life is changed following the events of the movie. Every character has something at stake, and they might have to lose a thing or two in order to get what they want.

Zed and Addison had always assumed that they would always stay together, but as new information about Addison’s origins comes to light, it looks like they might have to part ways for good. If you’re wondering what happens to them in the end and what the arrival of the aliens means for the future of Seabrook, then we have some answers for you. SPOILERS AHEAD

‘Zombies 3’ begins with a lot of tension for the students of Seabrook. Addison and Zed want to get into the same college so that they can stay together. Zed also has the pressure of getting into a college, because that would make him the first monster to do so. Should he succeed, he will set a precedent for every other college in the country, opening doors for all monsters to find a place for higher education. However, things take a sharp turn when aliens land in Seabrook.

As soon as they arrive, the aliens declare that they are not the enemy. They come in peace. However, when they sense the hostility posed by the residents of Seabrook, they find it best to keep their real motive a secret. Instead of telling everyone that they want to find the thing that will give them the coordinates to their new home, they improvise and say that they are here to take part in the cheerleading competition. While everyone is wary of them, they allow the aliens to participate. Later, as their true intentions come to light, Seabrook stands to lose its most precious thing.

Zombies 3 Ending: What Is The Most Precious Thing in Seabrook?

The aliens arrive in Seabrook with one mission: they have to find the thing that can show them the coordinates to their new home, utopia. The message from their scout, who had come to Earth a very long time ago looking for a new place to call home, found the utopia and hid its coordinates in one thing. She called it “the most precious thing in Seabrook”. And after a couple of red herrings, it is revealed that the most precious thing is none other than Addison.

The first hint that Addison was not like any other human was dropped in ‘Zombies’. Even though it looked like zombies were the different ones, in the end, she revealed that she was different too. She had white hair, which was not considered normal in her town. In the second part, again, it is revealed that it isn’t just about her white hair. There is a white glow about her, the reason for which is finally revealed in ‘Zombies 3’. It turns out that the alien scout was Addison’s grandmother. After completing her search for the utopia, she settled down on Earth. Being away from her home environment led her blue hair to change to white, something that she passed on to her daughter as well as her granddaughter.

This new revelation also leads everyone in Seabrook to the fact that the most precious thing that the scout was referring to was the most precious thing to her, not the town. Addison was the thing she loved the most, so she hid the coordinates in Addison’s DNA. While this meant a huge deal for the aliens, who would finally be able to get to their new home, something that they’d waited for a very long time, it also meant that Addison would have to leave Seabrook. Apparently, the coordinates are not fixed. They keep shifting and changing until the final answer can be found. For that, Addison needs to accompany them on their travels. 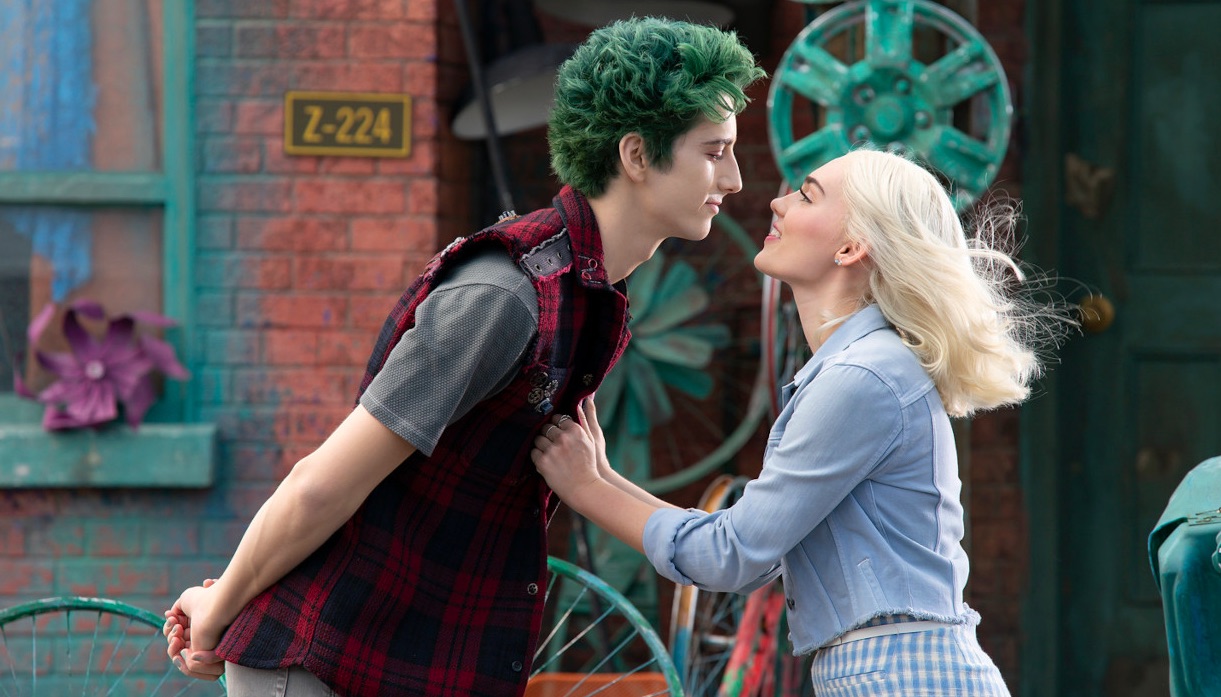 Having newly discovered her real identity, Allison decides to help the aliens. This puts a huge dent in her future goals with Zed. They’d planned to stay together forever, and the beginning of that would be marked by them going to the same college. Addison had already secured a place in Mountain College. After some setbacks, Zed too succeeded in enrolling there. But with Addison leaving with the aliens, the entire plan was foiled. It looked like their forever would have to end even before college began.

In the end, however, the aliens realize that utopia is none other than Earth for them. All this time they’d been looking for someplace that would be perfect because they were harmonious people and didn’t like to be in discord. However, their experience on Earth makes them realize that differences are not a bad thing. What’s important is that one should learn to stay in harmony despite these differences, and what better place to represent that than Seabrook, where zombies, werewolves, and humans live in harmony.

The fact that aliens can live there peacefully as well was proven long before zombies came. Addison’s grandmother had already fallen in love and made a family for herself there, though she had to hide a few things about herself. But with the new world order where differences are nothing to be scared of, aliens can own their identity and carve a place for themselves as well. This is further proven in the end when it is revealed that Seabrook opened itself to other creatures as well. Somewhere in the future, the town welcomes vampires and we also see a mermaid or two swimming around. It means that no matter what other conflicts arise and no matter how different people are from each other, they can always find a way to live together, peacefully.

Read More: Where Was Zombies 3 Filmed?