’10 Minutes Gone’ is a 2019 action-thriller film centered upon a veteran safe-cracker, Frank Sullivan, who loses ten minutes of his memory due to being knocked down right after a bank heist gone wrong. During these 10 minutes, someone kills his brother, Joe, and steals the loot of the heist. Frank has to figure out who the culprit is while evading an assassin appointed to clear all the loose ends that could lead to the crime lord who arranged the heist. With dynamic performances by Michael Chiklis and Bruce Willis, the film is directed by Brian A. Miller, known for bringing in A-list action-movie icons of the last generation. If you’re a fan of everything action-filled and are mulling over the end of ’10 Minutes Gone,’ we’ve got you covered. SPOILERS AHEAD!

Hired by a crime lord Rex (Bruce Willis), the crew consists of two weapons experts called, Baxter and Mitchell, and the technical expert, Griffin, in addition to the brothers Frank and Joe. They were instructed to fetch a metal case from a safe in the bank and deliver it back to Rex for his client. For this, they would receive $500K, which would be split evenly among them. The gang did manage to break into the bank, crack the safe, and find the precious case, but someone rings the alarm and tips off the police. The crew is ambushed by open-firing from the police. After quite the show-down, the crew disperses, each man for himself. Frank and Joe do manage to escape the scene with the metal case, but an unknown person cracks Frank on the back of his skull and knocks him unconscious. After 10 minutes gone, he wakes up to find his brother dead and the metal case gone. 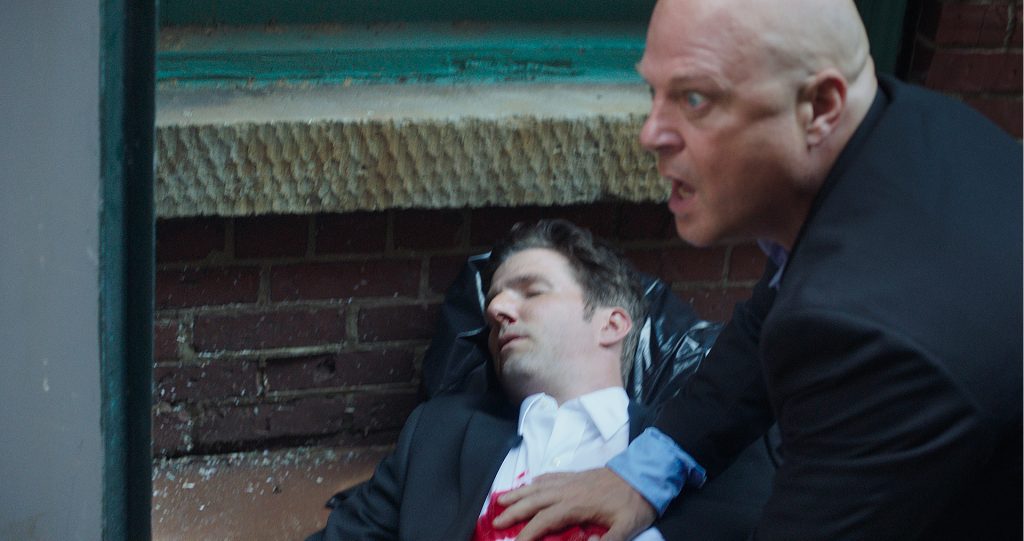 A bewildered Rex unleashes his assassin, Ivory, to retrieve the case and kill every one of the suspects. Meanwhile, Frank reaches out to Joe’s girlfriend Claire, played by Meadow Williams, as Joe had requested him to take care of her should anything happen to him. With Ivory closing in on them, Claire was in danger as well. Frank then heads on to track down each of the gang members to kill the one who betrayed them and avenge his brother. Frank, however, ends up killing each one of them after torrential confrontations and shootouts.

10 Minutes Gone Ending: Who Is the Culprit?

After killing Baxter and Mitchell, Frank is convinced that Griffin betrayed them and stole the metal case. Frank scours all the possible locations in Cincinnati where he can find him. When he finally closes in on Griffin at the metro station, Ivory gets hold of Frank at gunpoint. She dials Rex in to discuss Frank’s fate. Frank convinces them that Griffin ratted them out and he’d bolt right out at the sight of Ivory. And hence they need him. They agree to let Frank chase Griffin with Ivory on his tail. 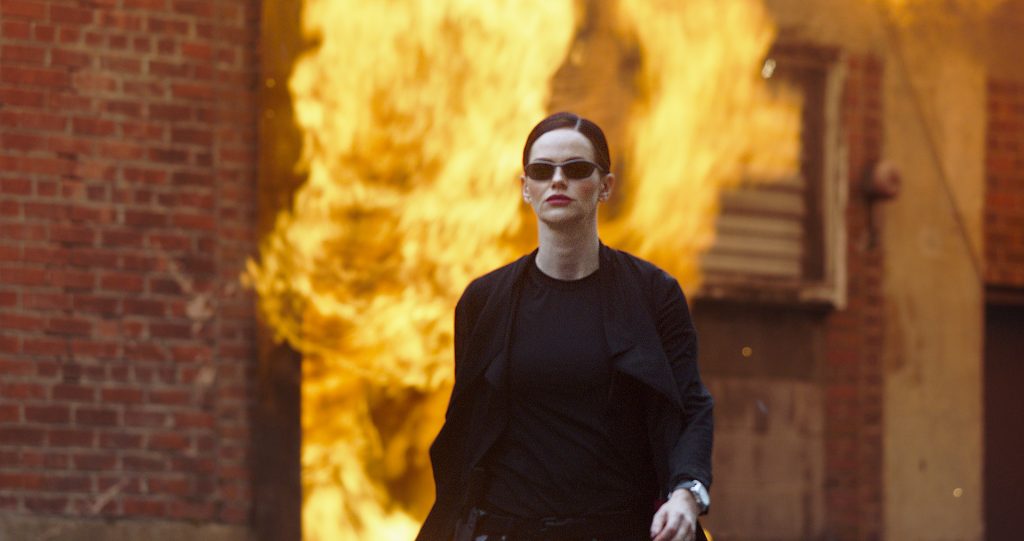 After a chaotic chase, there is a face-off between Frank and Griffin, with the latter having the upper hand with a pistol pointed at Frank. However, Griffin comes clean and tells him that he had no idea about Joe’s death just before Ivory shoots him down, checks his bag, and doesn’t find the package. Ivory is just about to kill Frank when Claire sweeps in and shoots her. As anyone would’ve guessed in the first 20 minutes of the movie, it was Joe’s girlfriend, Claire, who was the culprit. She plainly confesses her crimes to a dumbstruck Frank.

Why did Claire Kill Joe?

She didn’t think it was worth the trouble to split the $500K after delivering the case. And Joe insisted that it be split equally between all the crew members. She had all the information on the heist as the crew discussed their plan in her bar. As the crew prepped up for the big day, she made her own strategy to get hold of the case and deliver it herself, for she was aware that whoever delivers it gets the full amount.

So on the day of the heist, she sets off the alarm right after the crew breaks into the bank, and tips off the police over a phone call, pretending to be a bank employee. When Frank and Joe manage to escape through the alleyway, Claire is the one who knocks Frank unconscious. She demands that Joe hand over the briefcase to her, or she’d kill Frank. While complying, Joe tries to reason with her to no avail. When he reaches out for his gun, Claire shoots him and leaves with the case.

In retrospect, it all makes sense to Frank—the reason Claire kills the patient at the criminal doctor’s clinic at the hotel, why she keeps following Frank, and especially when he instructs her not to. Right after Claire recounts the story of her deeds, Ivory springs back up and shoots Claire. She was wearing a bulletproof vest which explains why she was curled up after being shot, probably to conceal her non-wounds.

What did Frank mean by “So Much for Honour Among Thieves”?

Right after Ivory kills Claire, Rex arrives with a duffel bag full of the promised five hundred thousand dollars. They open the package to check the contents – diamonds worth 30 million dollars. When Frank sees them, he retorts to Rex’s claim on honesty among thieves. As a rule, Frank never asked Rex any questions about what he was stealing and would unfailingly deliver the contents of the cracked safe with utmost security, on the assumption that Rex would call upon him for several assignments and pay him a fair amount.

After Frank hands over the entire amount to Frank, he retorts, “So much for honor among thieves?” He could have said this for two reasons. One, when he sees the content of the stolen package, he is probably disappointed that the amount he and his crew members were to get of it was a mere trifle. Or two, Frank probably expected Rex and Ivory to kill him as well for honor, as they had set out to kill each one of the crew members. But instead, Rex turns on his heels and leaves, instructing Frank to be ready for his next assignment. Frank smiles like he can’t believe his luck and clears out before the cops file in.

Does Rex Deliver the Diamonds to his Clients?

Rex had successfully carried out nearly a dozen heists via Frank and had a reputation for not asking too many questions about what he was dealing with. He was promised 1.5 million over the five hundred thousand dollars given to him before the assignment was complete. Richard, the middleman, has been at Rex’s throat since the movie’s beginning. He states that several high-end criminals and law-enforcement agencies were after the contents of that case, which we later learn are diamonds worth 30 million dollars. 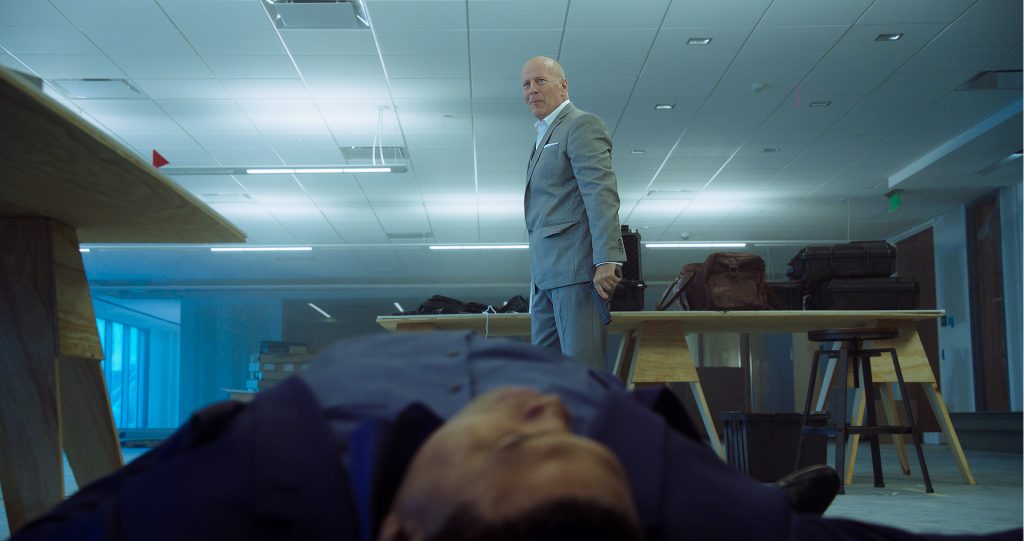 This leaves us with the unanswered question, why would law-enforcement agencies be after diamonds? The only possible explanation for it is that Richard wanted to mislead them since the client didn’t want them to know that what they were stealing was worth far more than what they were getting paid, in case Rex decided to keep the package for himself. It is likely a consequence of getting the middleman out of the way.