Is 13 Reasons Why Season 5 Cancelled? 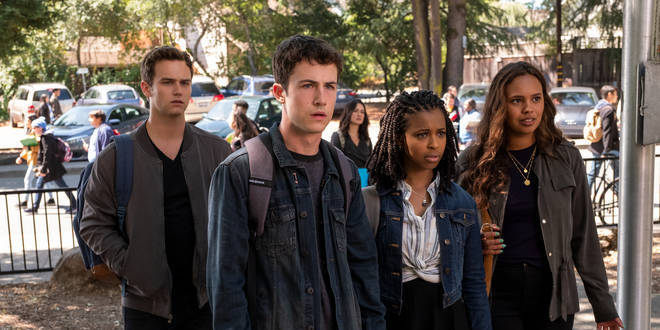 Netflix’s ‘13 Reasons Why’ is a teenage drama that follows a high school student Clay Jensen as he tries to unravel the mystery behind the death of his friend Hannah Baker by finding the clues from the 13 tapes she recorded before taking her own life. Through Hannah’s story, the show tries to highlight the bullying culture in high school, which, if not tended to, can even lead to sexual assault and violence. The dark mystery series is based on the bestselling eponymous adult novel by Jay Asher and has been adapted to screen by Brian Yorkey. It first premiered on March 31, 2017.

Upon its release, the show amassed critical acclaim for touching upon sensitive yet relevant subjects like sexual abuse, bullying, suicide, depression, betrayal, PTSD, and other mental health issues. Dylan Minnette and Katherine Langford were lauded for their electrifying performances. Katherine went on to receive a Golden Globe Award nomination for Best Actress. The show also found itself in hot waters for its emotionally draining mature content and a graphic suicide scene, which has now been removed.

However, the future seasons were panned by the critics for its seemingly sympathetic treatment of a rapist character and a narrative cluttered with unnecessary subplots. Still, it continues to boast a strong fan-following, especially among teenagers. Despite being one of the most popular shows on the network, Netflix decided to pull the plug on the show after the fourth season. Are you wondering: why was it canceled, and will there ever be a ‘13 Reasons Why’ season 5? Well, here’s everything you need to know.

‘13 Reasons Why’ Season 4 premiered in its entirety on June 5, 2020, on Netflix. It consists of ten hour-long episodes, instead of the usual thirteen. You can watch all the episodes on Netflix.

As far as the possibility of another season is concerned, here’s what we know. On August 1, 2019, the creators announced that the fourth season of the hard-hitting drama series would be its last. To ease the disappointment caused by the departure of the series, the makers dropped a short video titled ‘Saying Goodbye,’ which quickly reminisces the show’s journey through behind-the-scenes footage and confessionals of a few cast members on the last day of the filming. Cue the tears!

Talking about the cancellation, Devin Druid, who plays Tyler Down, said that the final season offers a perfect sendoff to all the characters, urging that it’s the appropriate ending to the controversial show. He even thanked the network for granting them the luxury to wrap up all the arcs according to their terms.

Over the years, the show has seen a decreasing trend in its popularity and ratings. If we couple that with the renewed remunerations of the main cast members, along with the fact that big production companies like Paramount TV produce the show, it seems justified that the drama series received the ax from the streaming giant. I mean, Netflix always aims to get a good return on its investment. So as of now, ‘13 Reasons Why’ season 5 is officially canceled.

But don’t you lose hope! The show is known for tackling quite heavy and relevant subjects that cater to the real world, so there’s always a chance that it can come back in the future to share more stories that explore thought-provoking themes. Until that happens, you can watch re-runs of your favorite show or listen to its beautiful soundtrack to soothe your heart and soul.