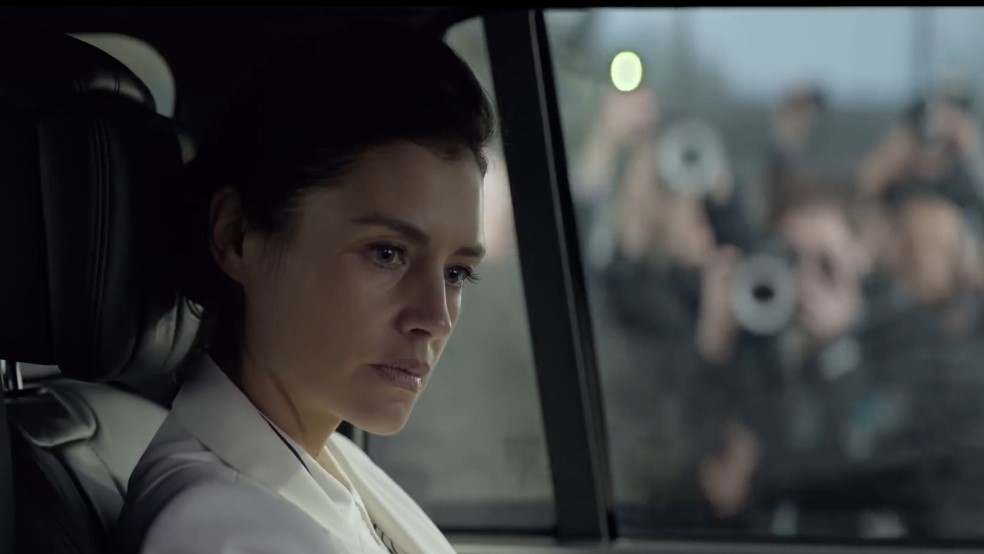 Set in a not-so-distant future of curated matchmaking, Netflix’s ‘The One’ takes a fascinating idea – what would happen if everyone could find their perfect match in a technocratic universe where DNA tests determine romantic pairing? – and turns it into a run-of-the-mill mystery. Created by Howard Overman (‘Misfits’), the series follows Rebecca Webb, a prolific business tycoon, and influencer, whose success story takes an unexpected turn when the body of one of her past associates is found in the river Thames.

In the meantime, the story focuses on individual lives impacted by the new scientific development in dating technology that Rebecca’s company hinges on. While the show is not for everyone, if you have been captivated by the bleak atmosphere of an almost possible capitalist dystopia, we have some suggestions that you may find worthy of interest. You can find most of the shows similar to ‘The One’ on Netflix, Hulu, or Amazon Prime. 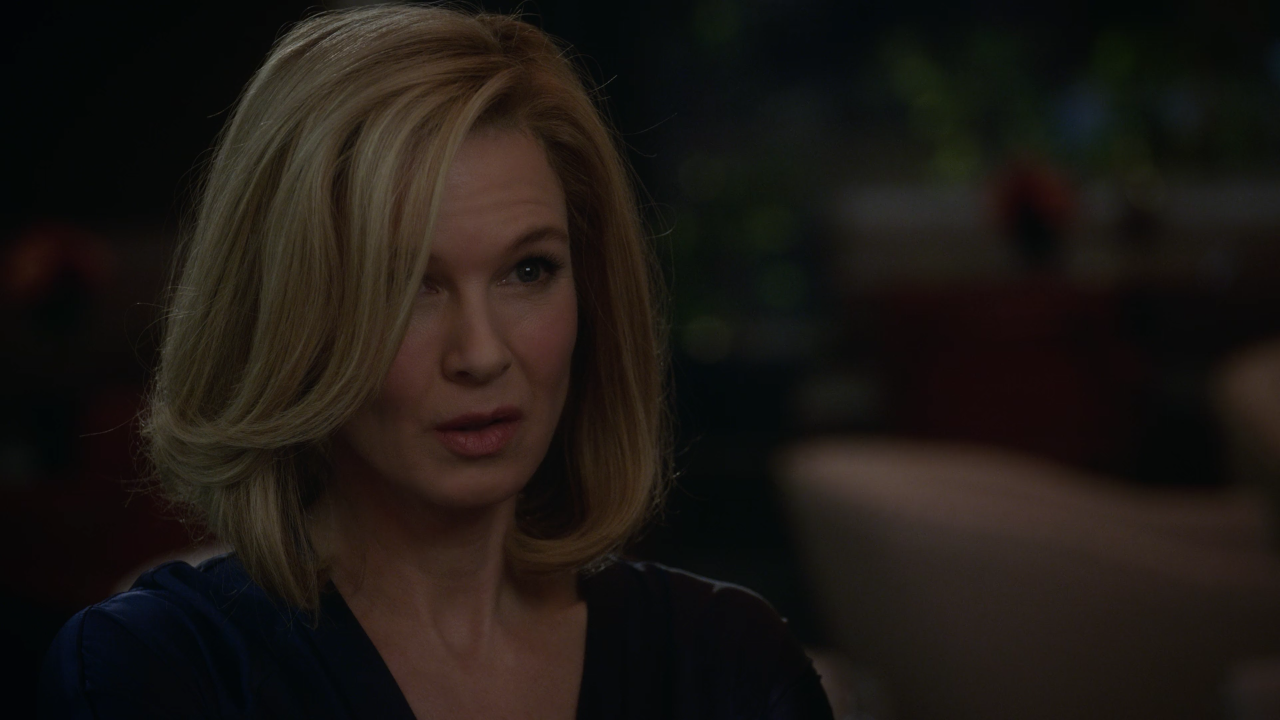 Set in a world where the human connection can be bought with money, ‘What/If’ is a social thriller miniseries that dabbles in uncanny twists and turns. The series revolves around the dominant personality of Anne Montgomery (Renée Zellweger), a wealthy venture capitalist with a deviant mind. A young scientist named Lisa is moments away from a breakthrough that would hypothetically save millions of lives. When Lisa comes to Anne with the request of funding her project, Anne makes her an astonishing offer, albeit it’s one she can’t refuse. Anne firmly holds the belief that human attachment is a shortcoming, and if you have admired the dominant personality of Rebecca in ‘The One,’ you would surely be floored by the character of Anne. 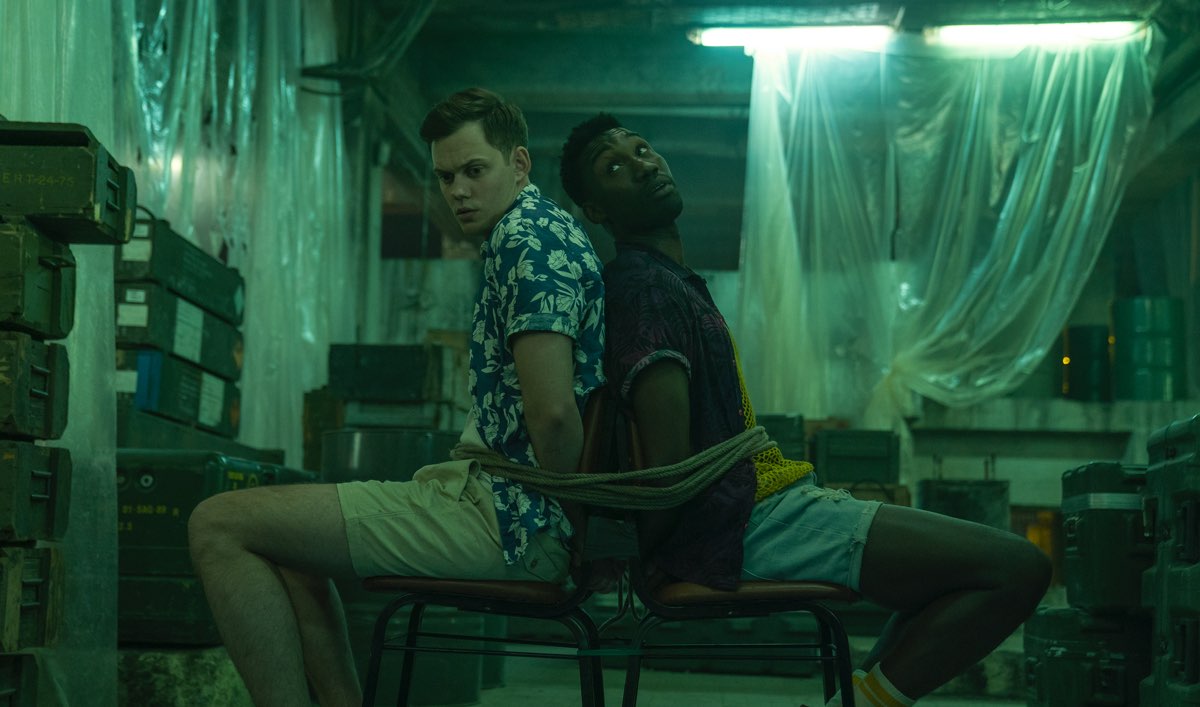 Brett Goldstein’s sci-fi series ‘Soulmates’ is everything that ‘The One’ stands for, if not more. Set five minutes into the future, the sci-fi series depicts a society where science determines the prospective soulmates for people. No matter whether they are single, married, or divorced, the new scientific discovery unfalteringly directs people towards their ideal matches. Individuals who are content with the happily-ever-after with their partners may as well be mistaken, but science cannot be wrong. Based on a premise that is uncannily similar to ‘The One,’ it’s a show you must check out if you have loved the loveless universe of ‘The One.’ 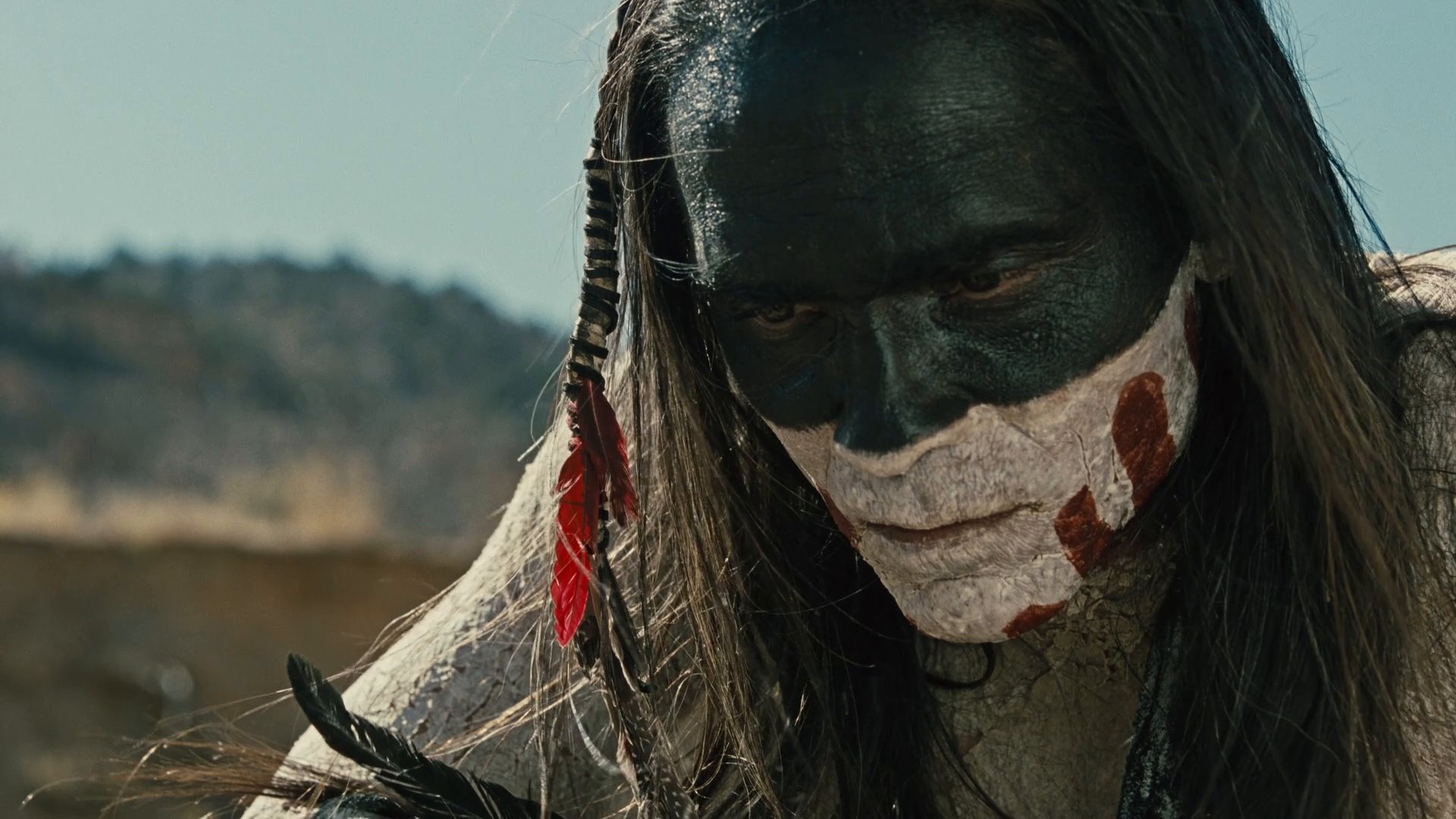 The brainchild of acclaimed British screenwriter and co-creator Jonathan Nolan, ‘Westworld’ is a western sci-fi cross-genre series that delivers a dystopian portrayal of a Disneyland. Starring Anthony Hopkins in the role of the showrunner Dr. Robert Ford, the story is set in a bleak amusement park where visitors or “guests” interact with automatons or “hosts,” whose experiences are wiped after every loop. Guests are encouraged to fall in love with hosts for a completely immersive experience. However, things spiral out of control when a group of awakened hosts wage war on the authority. If you have loved the atmosphere of ‘The One,’ this visionary, awe-inspiring series will sweep you off your feet. 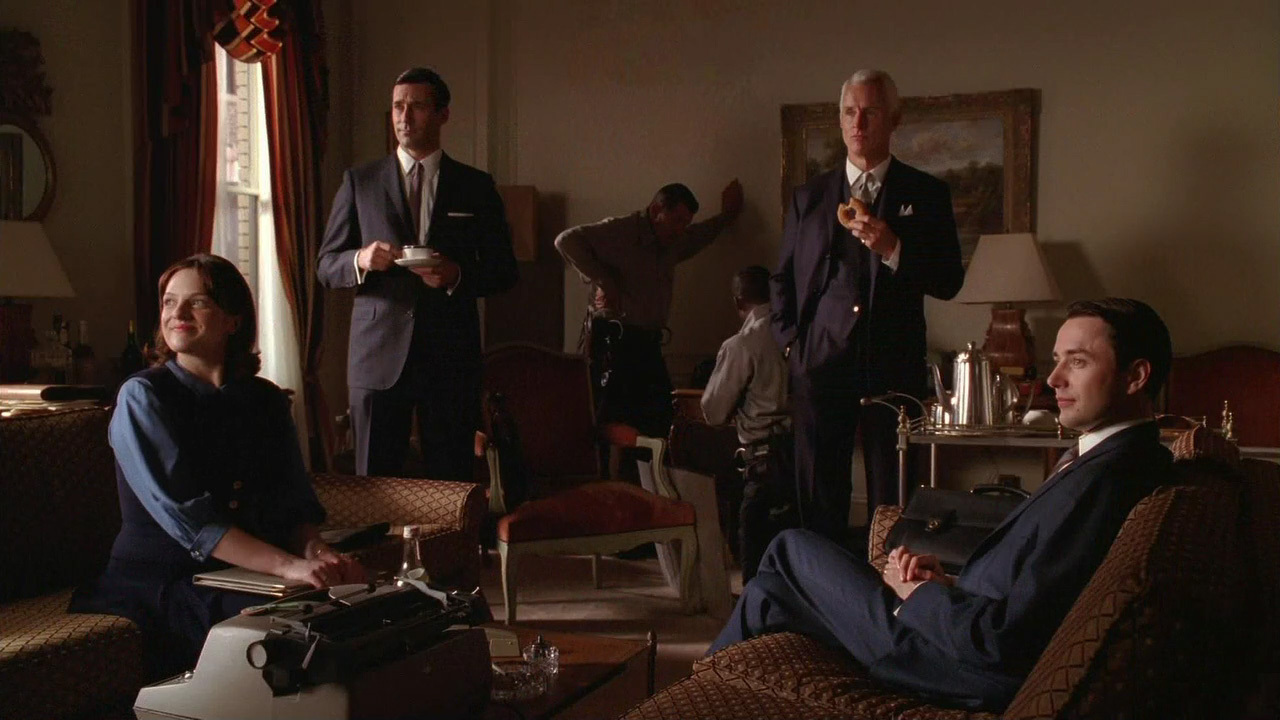 Created by Matthew Weiner, ‘Mad Men’ is a suave and chaotic drama with the rare ability to make its viewers obsessed and engulfed in the story. The narrative revolves around the maddening, fast-paced work atmosphere in the fictional Sterling Cooper advertising agency on Madison Avenue. The story is seen through the eyes of Don Draper, a conman who has left his real identity to embrace a feigned one, one that suits his image as a creative director in the advertising agency.

With the story moving forward, the audience gets glimpses into the 1960s boom economy of America where money does the talking. An exploration of timely themes such as alienation, ruthlessness, and upward social mobility, the critically acclaimed series will leave a lasting impression on your mind. 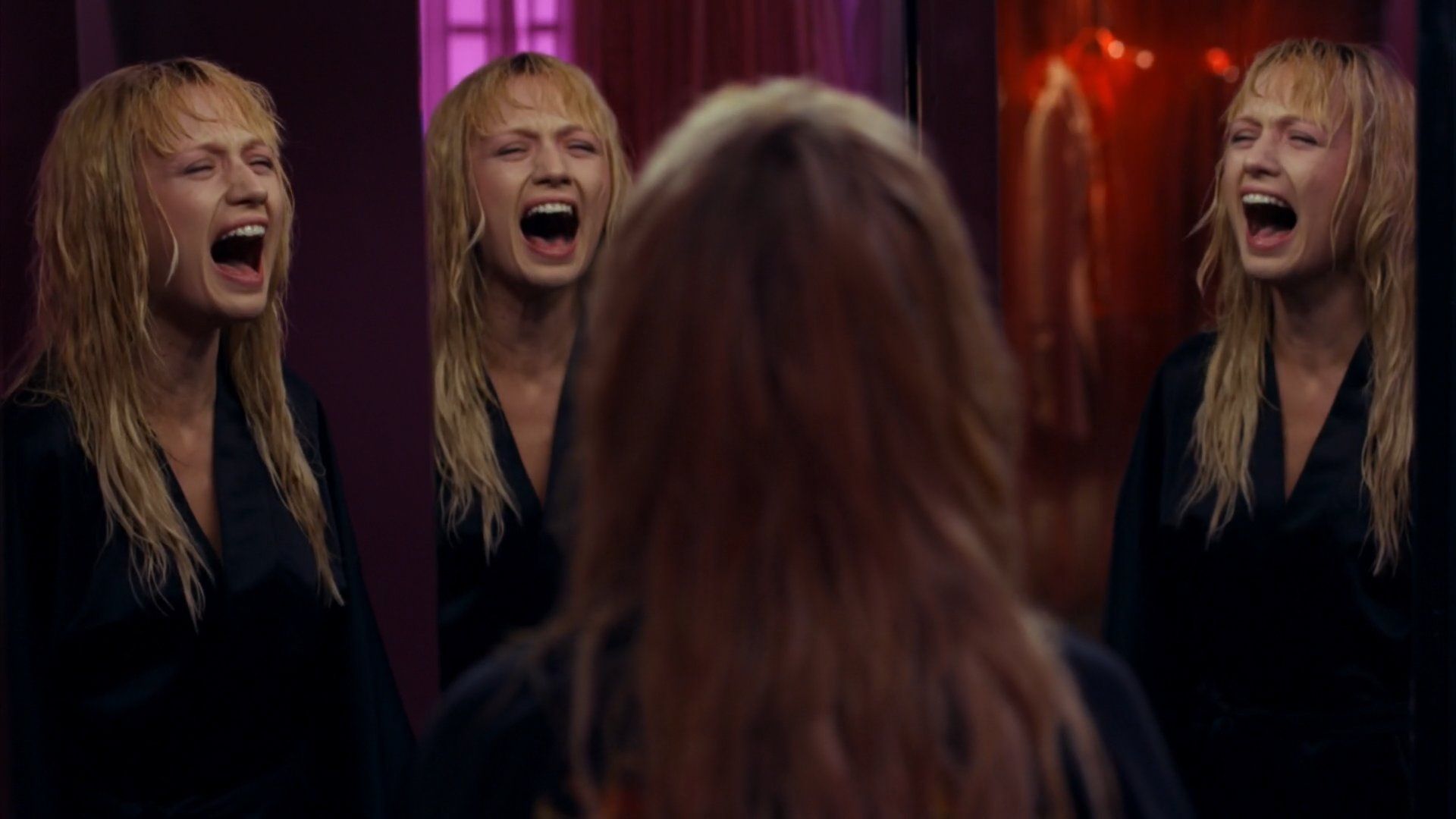 Dark and contemplative, ‘Humans’ is a TV show that engages in science fiction themes but ultimately remains tethered to the humane element. Set in an alternative reality where robotic servants called Synths are the new trending technology that everyone wants to buy, the tale follows a suburban family whose destiny is altered forever when they decide to invest in one. A suspenseful thriller complete with evocative, emotional uproar, ‘Humans’ is a show that will make you ponder upon the modern technocratic dystopia. If you have loved the cross-genre premise of ‘The One,’ this series will make you adequately perturbed. 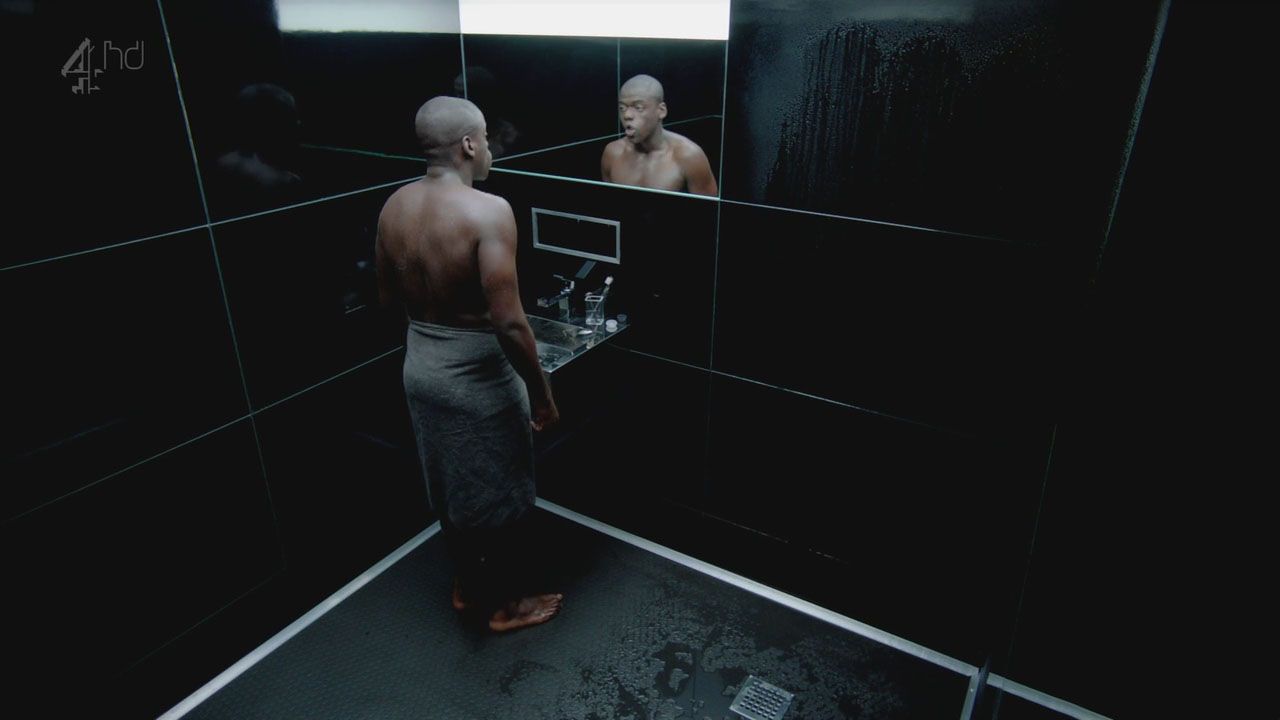 Ominous and filled with intrigue, Charlie Brooker’s ‘Black Mirror’ is a British anthology series that reflects upon the future where we are seemingly headed. A controlling mobile app determines the course of relationships, lives are turned into reality contests, the memories of the dead are uploaded on the cloud, and video games provide a hyperreal experience by linking people’s consciousness. A visceral presentation of a scary future that rings uncomfortably true to the imagination, ‘Black Mirror’ is the one series you should immediately head for after finishing ‘The One.’