War has always been an important aspect of civilization. History has been a witness to countless wars that have taken innumerable lives over the years, but if there is one war that has exceeded all the others in terms of loss of lives or property, it is undoubtedly the Second World War. Because this war changed a lot of things around the world in the middle of the twentieth century, numerous films have been made on it over the years. However, most of these movies have looked at the affairs of war pretty seriously, with not many filmmakers managing to make comedies out of the situation. But Taika Waititi has defied the norm by making a satire in the form of ‘Jojo Rabbit’.

‘Jojo Rabbit‘ tells the story of a little boy who is growing up in Germany during the time WWII is raging on. He is a nationalist and is in complete admiration of the Fuhrer, Adolf Hitler. Jojo’s obsession with Hitler is to such an extent that Hitler even appears to him as his imaginary friend. His pride in the Nazi Party is so much that he thinks someone should simply kill the Jewish girl his mother is hiding in the attic. Eventually, along with his imaginary friend Hitler, Jojo starts planning various ways of getting rid of the girl.

The film received widespread acclaim upon its release and even managed to bag the People’s Choice Award at the Toronto International Film Festival. The way this film brings together humor and ideas of violence as propagated by the Nazis is fresh and irreverent at the same time. If you wish to check out films similar to ‘Jojo Rabbit’, here’s a list you should consider. You can watch several of these movies like ‘Jojo Rabbit’ on Netflix, Hulu or Amazon Prime. 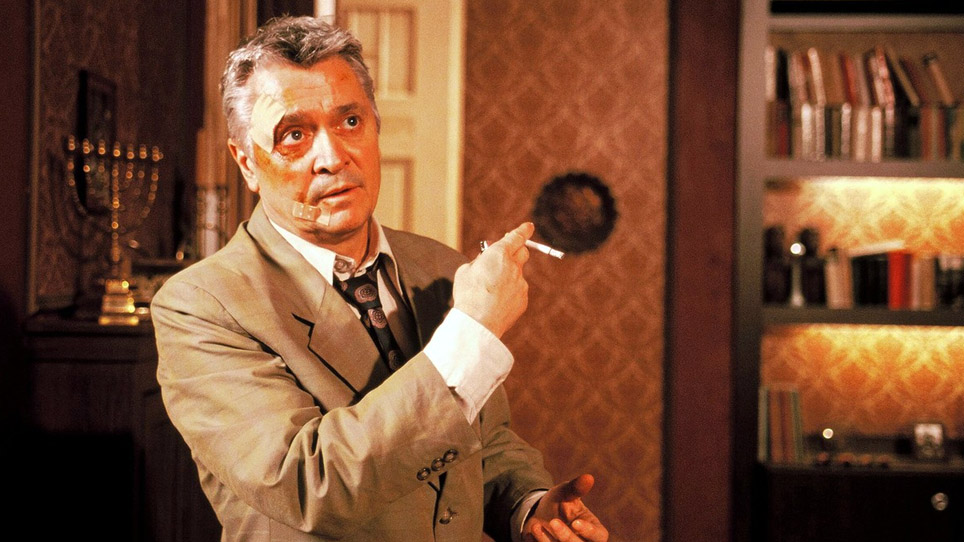 A German comedy film set in 1989, ‘Go For Zucker’, tells the story of Jaeckie Zucker, a gambler who has fallen upon hard times. Besides the obvious unhappiness of his wife because of his gambling addiction, Zucker has also been threatened by the bailiff to pay up the amount he owes or end up in prison. His last resort is the money his mother has saved up to give to her son before her death. But the problem is that Zucker’s mother wants him to carry out a reconciliation with his brother before he can get his hands on the money. Zucker’s problem with his brother is the fact that the latter is an orthodox Jew. This film, just like ‘Jojo Rabbit’, is audacious in its humor and its political content. It also serves as a social document about the way the Jews were perceived by other Germans during the late twentieth century. 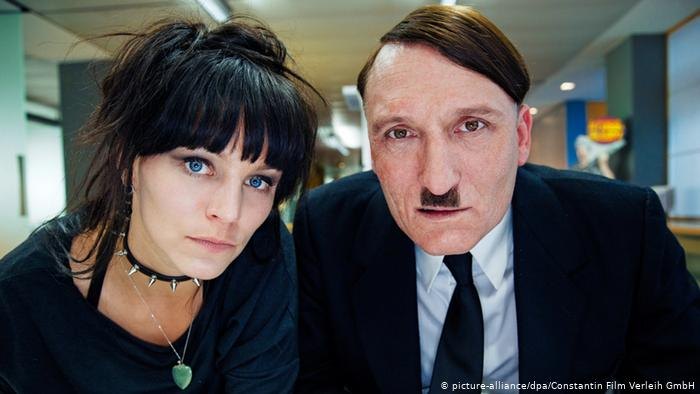 Another German film makes its way to this list, and this time it is David Wnendt’s 2015 black comedy ‘Look Who’s Back’. The film begins with Hitler having woken up in a park in 2014 where his bunker used to be during the war. He does not understand why everything around him is so different from what he remembers. As he stumbles across Berlin, people presume that he is an actor playing Hitler. When a filmmaker notices Hitler in the background of one of his shots in the park, he hunts the man down and takes him across Germany on a trip which he documents for his YouTube channel. People take Hitler to be a comedian playing his role, and marvel at the authenticity of the performance. The scathing humor in this film and the way Hitler is treated here is amazing to watch. However, the film could’ve been more politically relevant than what it attempts to be. 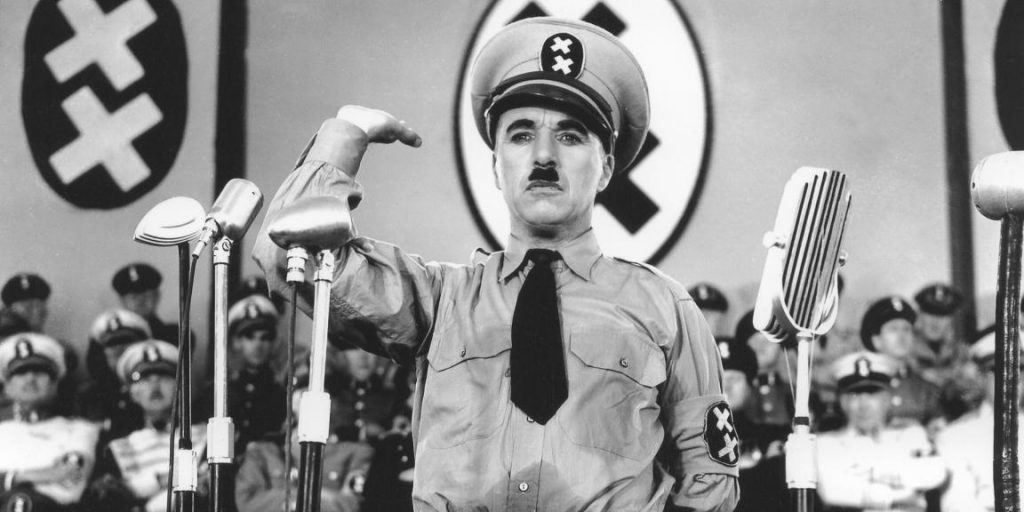 Charlie Chaplin was an artist far ahead of his time. He made modernist masterpieces like ‘City Lights’ and ‘Modern Times’ during the 1930s and quickly rose to international fame as an icon of the art form. His far-sightedness can be found in this 1940 film as well, which was made  during a time when USA and Nazi Germany were at peace with each other. The film sees Chaplin playing two characters- one as Hitler and the other one as a Jewish barber who has been asked to pose as the Fuhrer later in the story. Through ‘The Great Dictator’ Chaplin made clear his hatred of the ideas of fascism, racism, and Nazism. His anti-war speech at the end of the film remains one of the most bone-chilling scenes in film history. 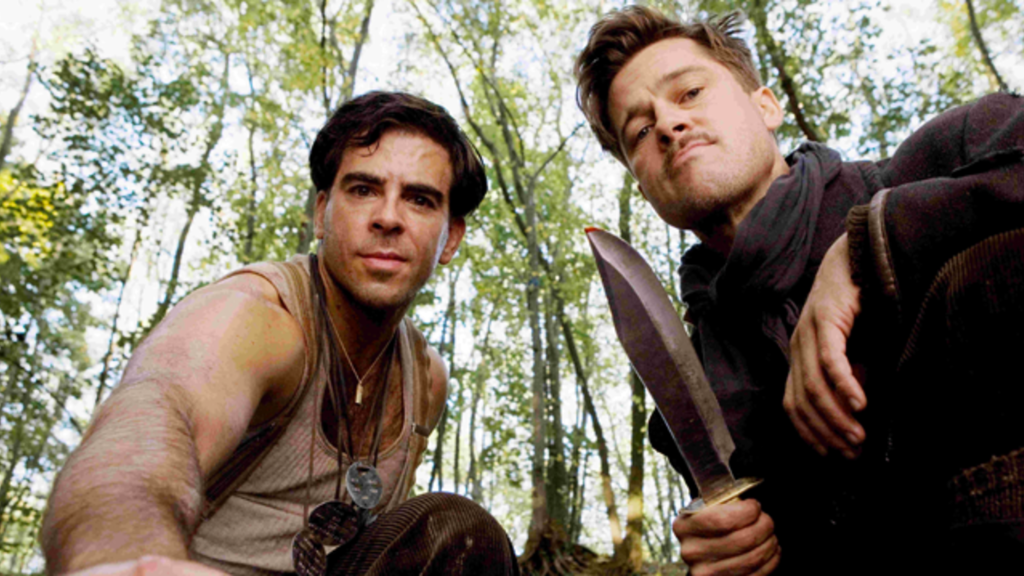 Only Quentin Tarantino  can manage to make a violent film and inject in it deep layers of black comedy which will leave the viewers both bemused and horrified at the same time. If one has to point out the greatest Nazi character in the history of cinema, it would not be long before people say that the honor goes to Colonel Hans Landa, the antagonist of this film played by the great German actor Christoph Waltz.

The story of the film revolves around Landa, a Jewish girl he once allowed to escape from his clutches called Shosanna, and a group of Jewish American soldiers who are working secretly in Nazi-occupied France and are eliminating Nazi officers with great prejudice. The performances of Waltz and Brad Pitt in this film have defied all expectations. Of course, the hero of a Tarantino film is the script and it is the same with this film. The way Tarantino weaves the plot with drama, tension, humor, and great dialog makes ‘Inglourious Basterds’ one of the most unique war movies of all time. 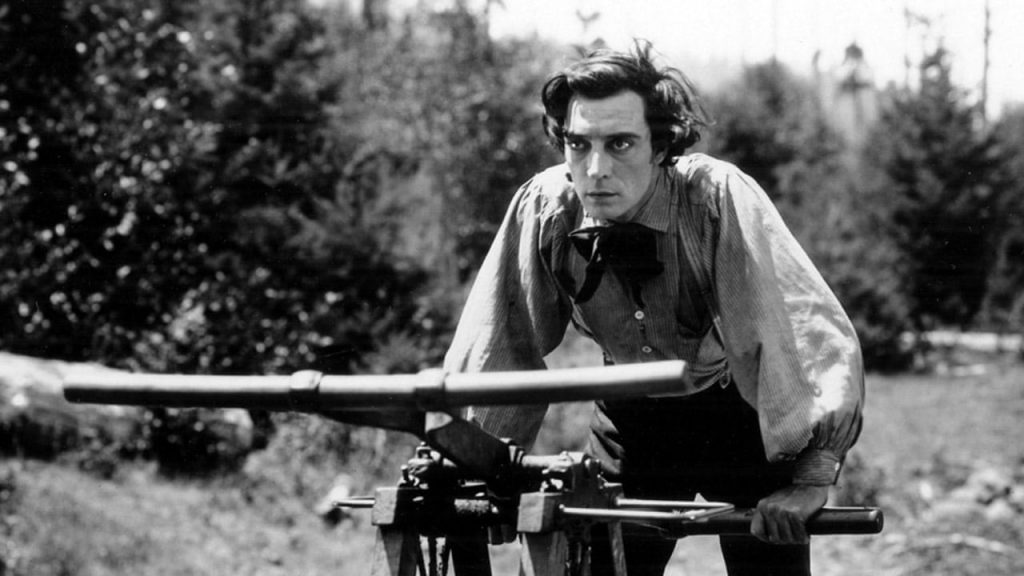 Buster Keaton is one of the biggest icons of the silent film era, and ‘The General’ is undoubtedly his most popular film. This silent film sees Keaton playing the role of Southern railroad engineer called Johnny Gray. The film is set during the Civil War and being from the South, Johnny is very eager to enlist himself in the Confederate army. However, he is rejected because he has a more important job of driving a locomotive. Annabelle Lee (Marion Mack) is Johnny’s fiancee, and when the Northern forces take her away on a train that they have stolen, it comes upon Johnny to protect Annabelle in whatever way possible. This quest of his gives rise to hilarious situations where we get to see Keaton’s comedic genius in full throttle. 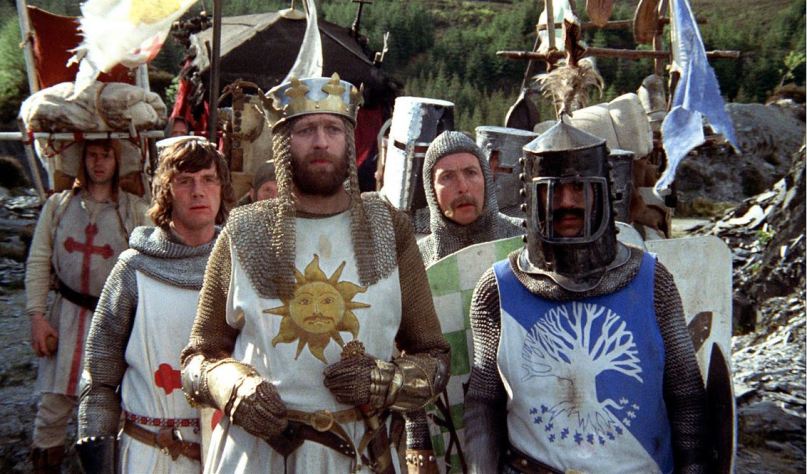 Monty Python are one of the greatest comedy groups that the world has ever seen. From their movies to their TV shows, this group has left an impact on popular culture which cannot be ignored at any cost. Their second feature film, ‘Monty Python And The Holy Grail’, is one of their most iconic productions which has set a benchmark regarding what can be possible with historical comedy films.

The story of the film centers around King Arthur’s attempt to lead a group of people to the Holy Grail. And it is during this adventure of theirs that the group comes in contact with several hilarious and surreal situations. The comedy of ‘Monty Python And The Holy Grail’ uses references to history, philosophy, and literature, and thus requires some basic knowledge of the same to grasp the humor in totality. 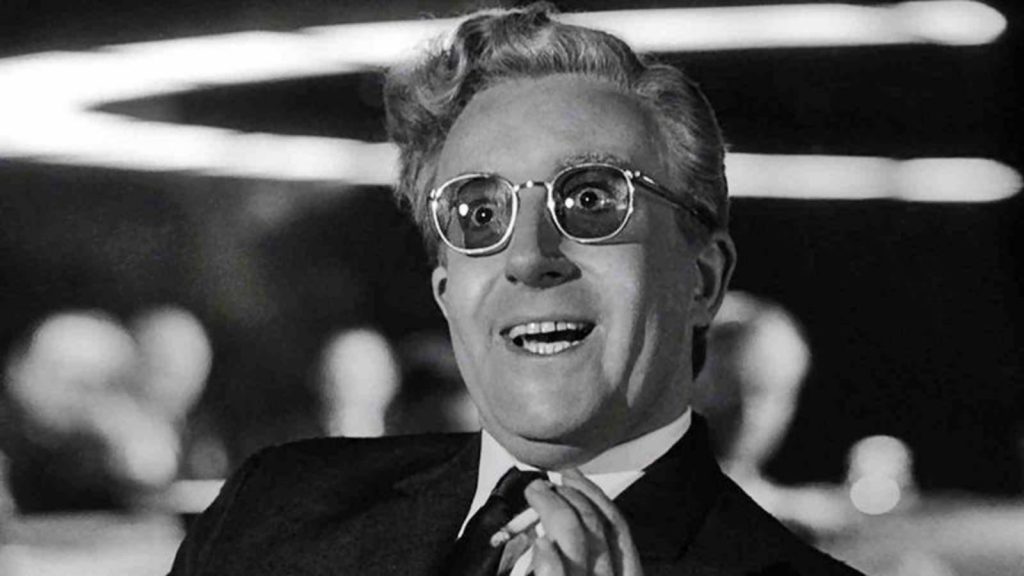 Whenever Stanley Kubrick has stepped into any genre, he has done so with his own unique approach to the same. ‘Dr. Strangelove’ is his foray into the world of black comedy, and he came up with such a powerful film that it is now regarded as an icon of the genre.

The film is set during a fictionalized version of the Cold War when America and Russia are about to literally start the onslaught against each other. One American Brigadier has done the unthinkable by calling for a nuclear strike upon Russia without taking permission from the proper authorities. This has now led to massive chaos where the US President has had to call for an emergency meeting in the War Room of the Pentagon. It is within the war room that many dramatic situations unfold. Peter Sellers is the king of this film. His performances are so brilliant that you will have a hard time noticing that a single actor is playing three different roles in the film.