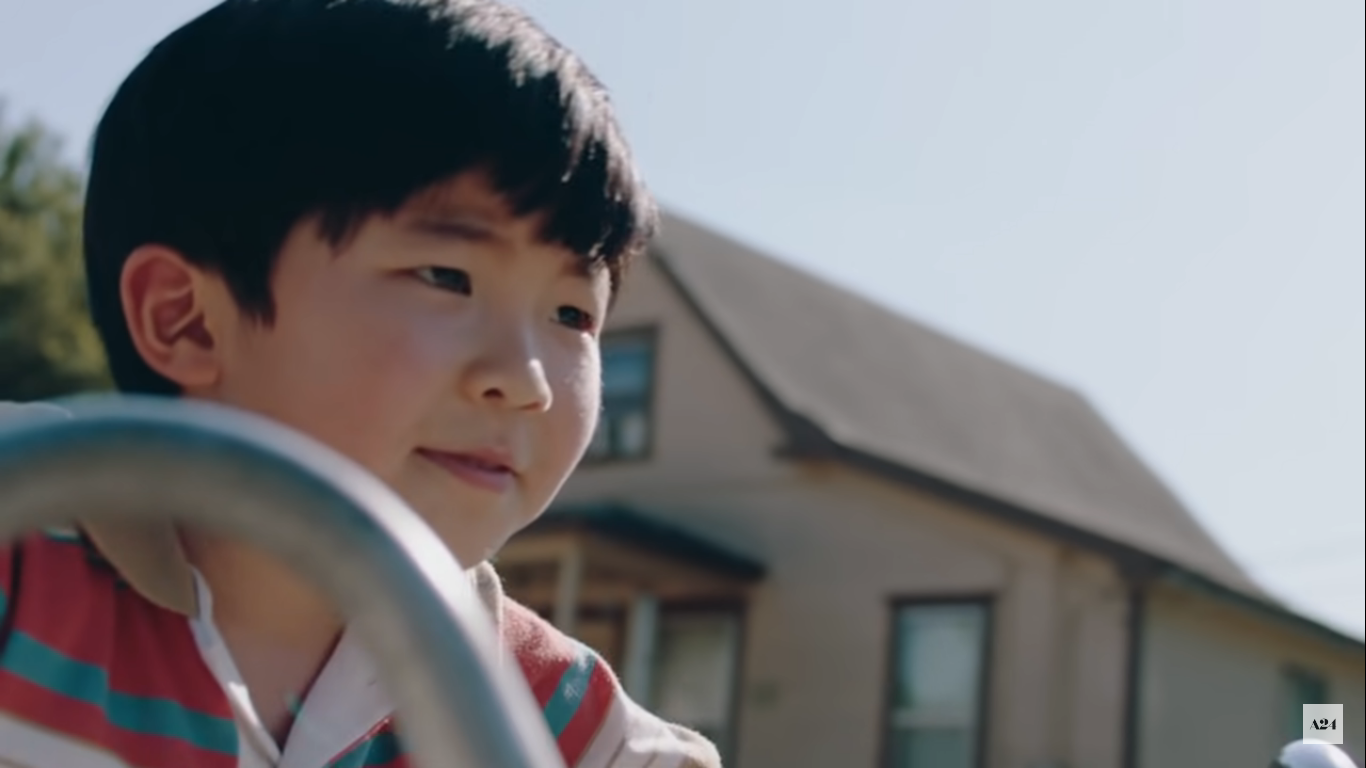 ‘Minari’ is a comedy-drama film written and directed by Lee Isaac Chung. The leading cast of ‘Minari’ includes Steven Yeun as Jacob Yi, Han Ye-ri as Monica Yi, and Alan Kim as David. The story revolves around the Korean-American Yi family and their experiences when they shift base to a rural plot of land in Arkansas, moving from California. The family faces various hurdles as they try and adjust to their new surroundings. The film portrays the lives of immigrants on American soil and impresses on the viewer the struggles such families have to undergo in their day-to-day lives in a foreign country.

Several other films have also similarly and beautifully championed the reflection on the immigrant lifestyle. We compiled what we think are some of the best films similar to ‘Minari’ in terms of themes and backgrounds. Most of these films like ‘Minari’ are available to stream on Netflix, Hulu, or Amazon Prime.

In this James Gray-directed drama set in the 1920s, two Polish sisters, Ewa (Marion Cotillard) and Magda (Angela Sarafyan), are immigrants at Ellis Island, New York. Just like the Yi family in ‘Minari,’ the sisters in ‘The Immigrant’ are seeking a better life in the United States. The sisters, who have escaped from their ravaged home in post-Great War Poland, face a constant stream of trials and tribulations as they adjust to life in America. The film is also characterized by depictions of prostitution and betrayals from family members. The riveting story, dotted with issues immigrants face, makes the film an interesting watch. 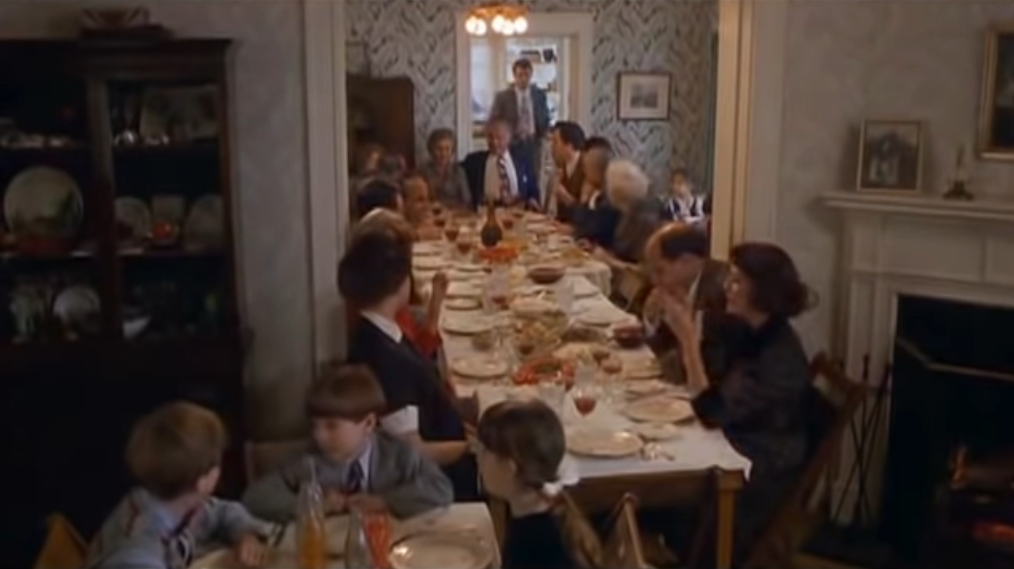 ‘Avalon’ and ‘Minari’ share similarities in terms of immigrant families trying to assimilate in the surroundings of a foreign land. The premise of ‘Avalon’ is defined by a Polish immigrant family acclimatizing to the fast-paced American life. However, there is one constant throughout the film, the grandfather in the family is unwilling to leave his past behind. Besides the theme of immigration, the critically acclaimed film’s narrative delves deep into family life in the States by depicting several generations of the family on one screen. 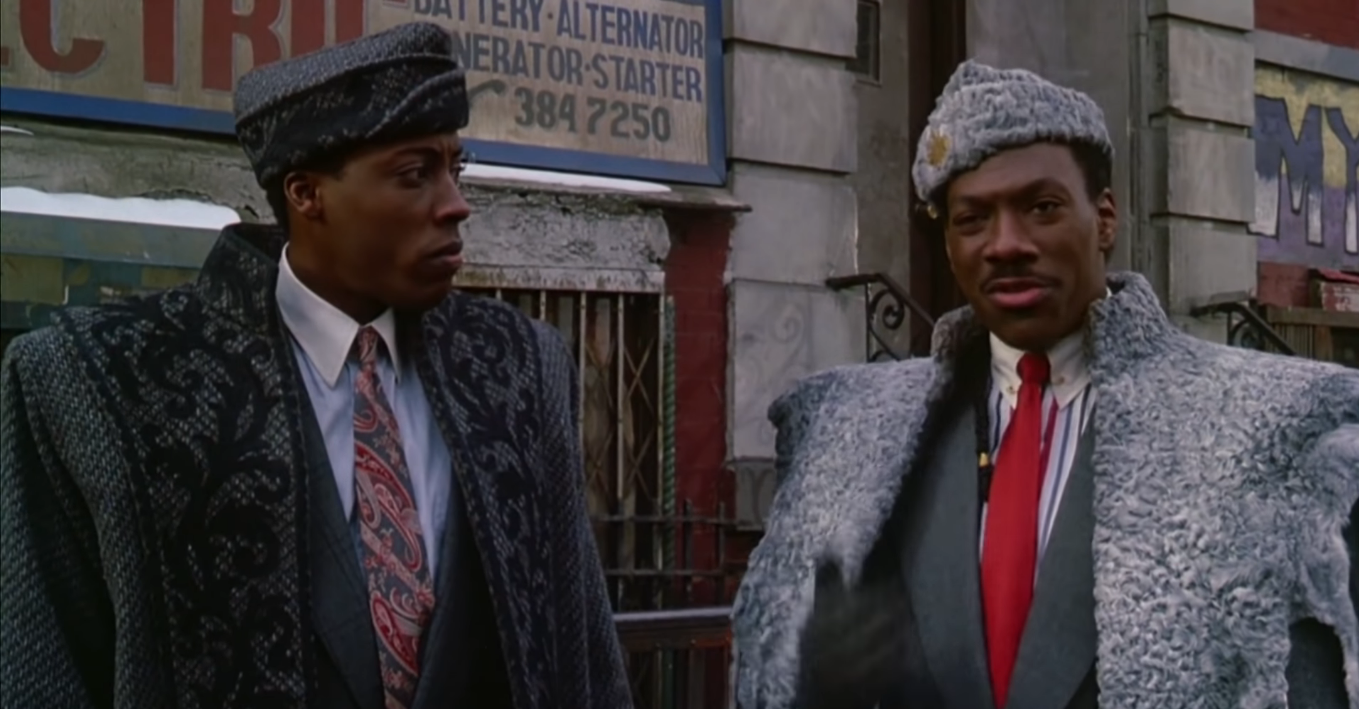 The Eddie Murphy romantic comedy presents a unique take on immigration tales. When the crown prince Akeem Joffer of the wealthy African nation of Zamunda decides to be more than just a pampered prince, he travels to New York. The film might not initially seem similar to ‘Minari,’ but when the crown prince disguises himself as an ordinary student and starts living the life of a commoner, the struggles of immigrants are shown through his eyes and align with those depicted in ‘Minari.’ The film also shows how the financial status of a person can change others’ perceptions about them. 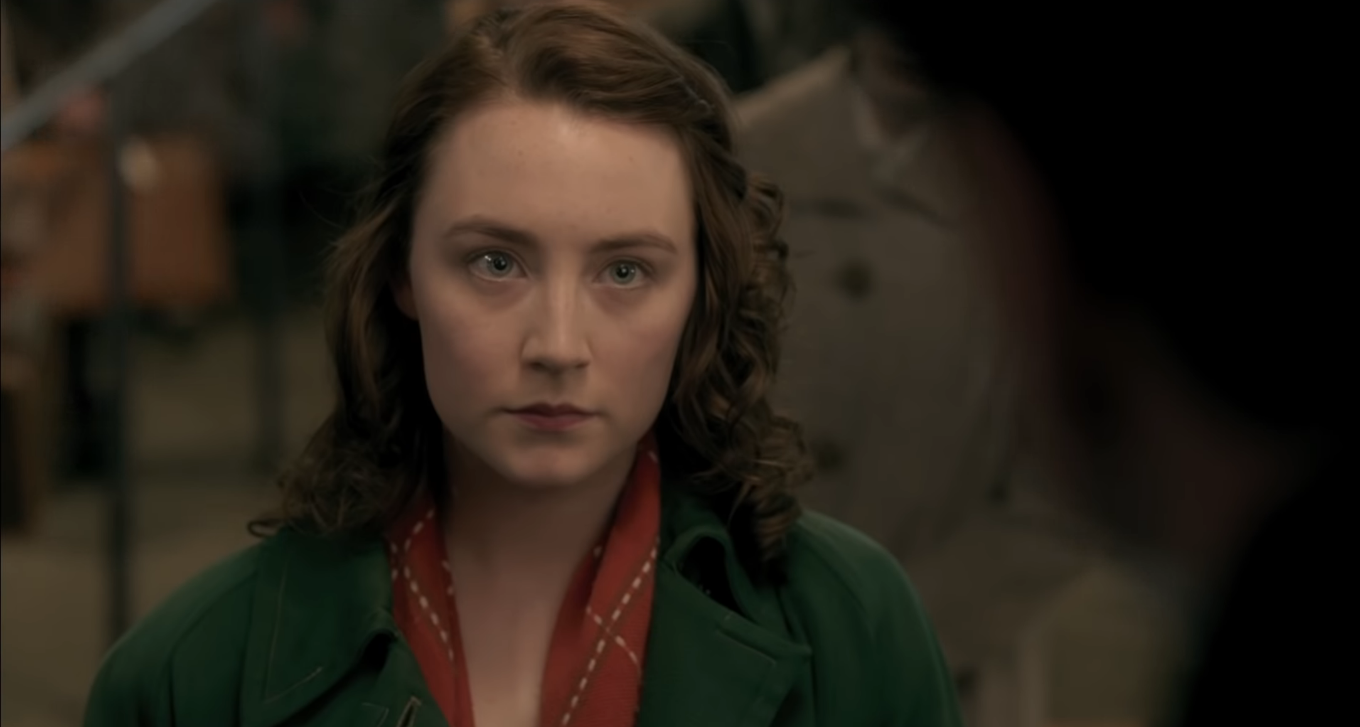 The period drama starring Saoirse Ronan in the lead role, with Emory Cohen, Domhnall Gleeson, Jim Broadbent, and Julie Walters in supporting roles, is set in the 1950s. Eillis Lacey (Ronan) is a young Irish woman who travels to New York from southeast Ireland. Both Eillis in ‘Brooklyn’ and Jacob in ‘Minari’ travel to a new place in search of better opportunities to improve their respective lives. Both the characters experience a road full of obstacles in their journey seeking a better life. In ‘Brooklyn,’ the story is more focused on Eillis’ choices and how the places she lives in contribute to her character development. 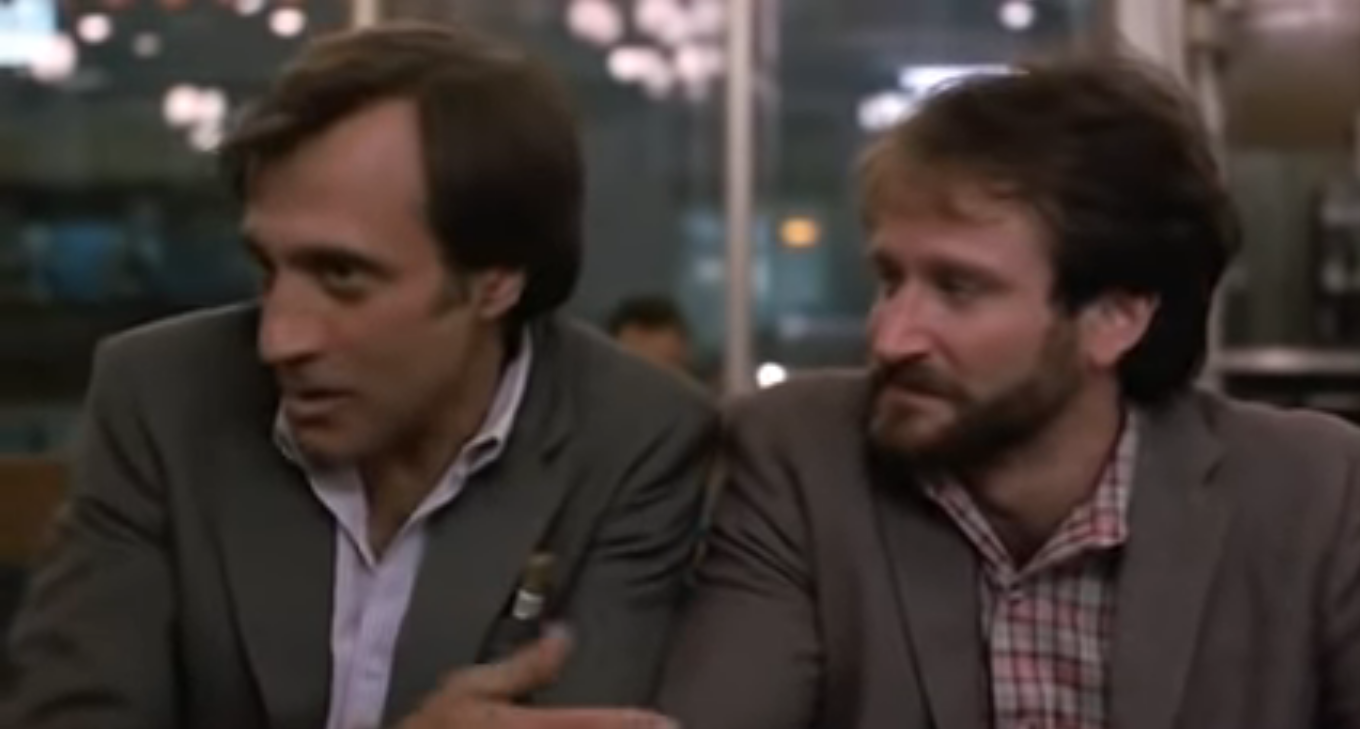 Robin Williams plays the role of Vladimir Ivanoff, a circus saxophonist who defects to the United States as part of a circus troupe sent to perform in New York City. Like ‘Minari,’ ‘Moscow on the Hudson’ draws comparisons between before and after circumstances of the protagonists as they move locations. Robin Williams beautifully executes the role of a newcomer in the States through comedic dialogues and wild gestures, which makes this endearing film an intriguing watch. The film received mixed views from the critics and was moderately successful at the box office, but it remains a favorite among Robin Williams’ fans. 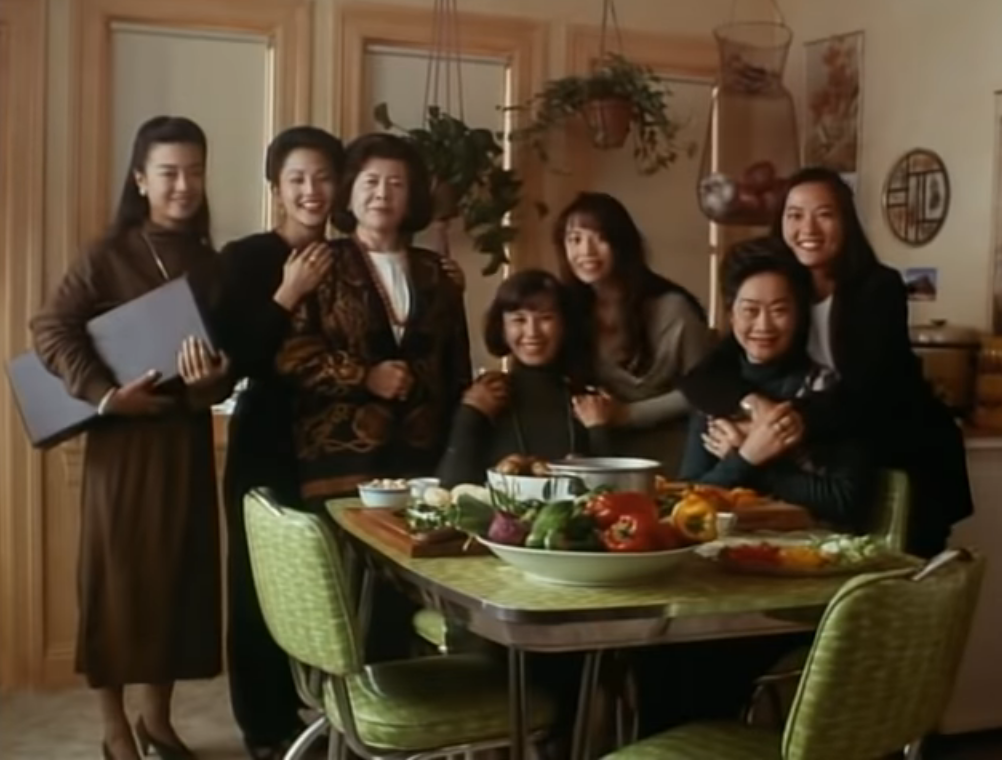 ‘The Joy Luck Club’, directed by Wayne Wang, is based on the novel of the same name by Amy Tan, who also co-wrote the screenplay for the film. The story revolves around the relationships of first-generation Chinese-American daughters with their Chinese immigrant mothers. The four mother-daughter pairs highlighted in the movie represent four different dynamics.

The mothers in these pairs are primarily friends, and they form the Joy Luck Club, where the women play Mahjong and share their life stories with each other. They also share the same aspirations of success for their daughters. The daughters have their own tales riddled with anxieties, feelings of inadequacy, and failures. The heart-warming film is especially close to ‘Minari’ since both the films explore the various aspects of Asian immigrant family lives. 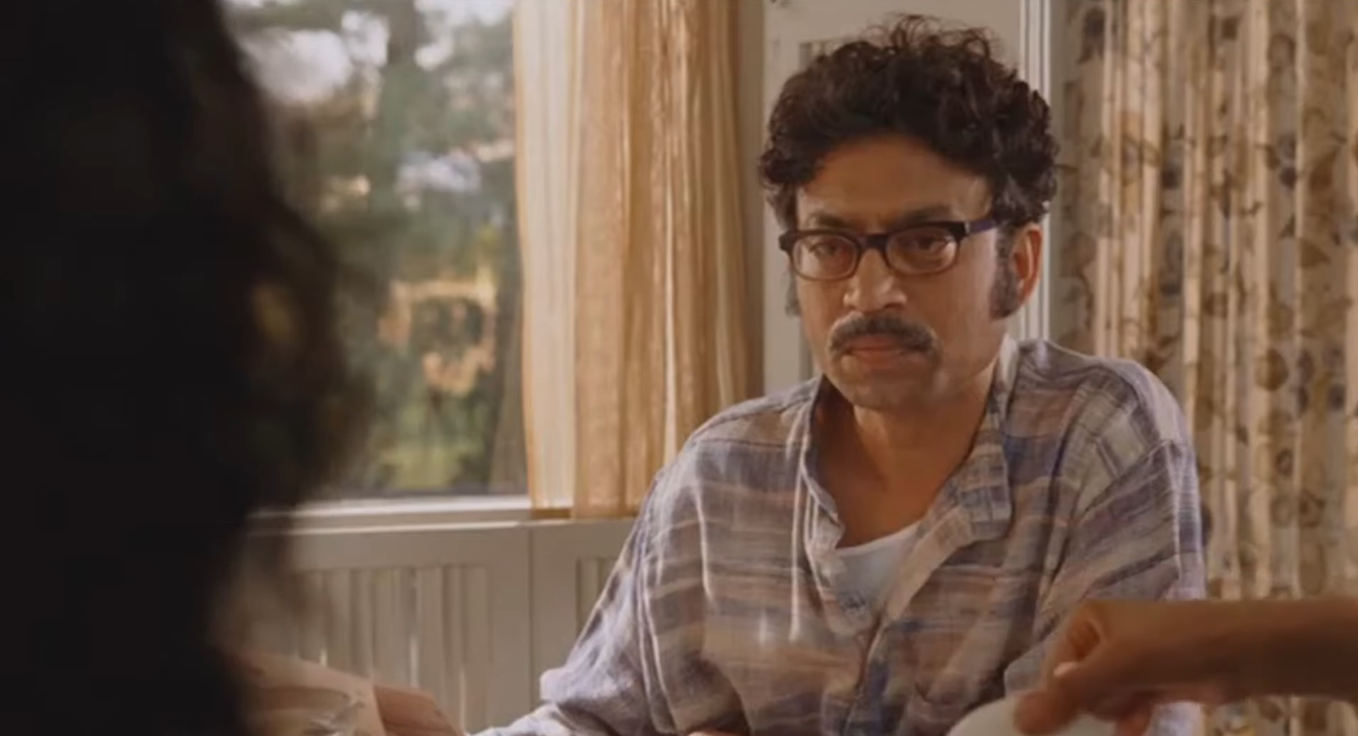 Based on the novel of the same name by celebrated author Jhumpa Lahiri, ‘The Namesake’ is also about a family struggling to fit into their new life as immigrants, similar to the Yi family in ‘Minari.’ The film brings out the differences between first-generation immigrants, Ashoke and Ashima Ganguli (Irrfan Khan and Tabu) originally hailing from Kolkata and their American-born children Gogol (Kal Penn) and Sonia (Sahira Nair).  The story follows Gogol’s journey of loving and accepting his family’s culture and his own roots. ‘The Namesake’ has received several awards for its spectacular storyline and stellar performances.

Read More: Is Minari Based on a True Story?