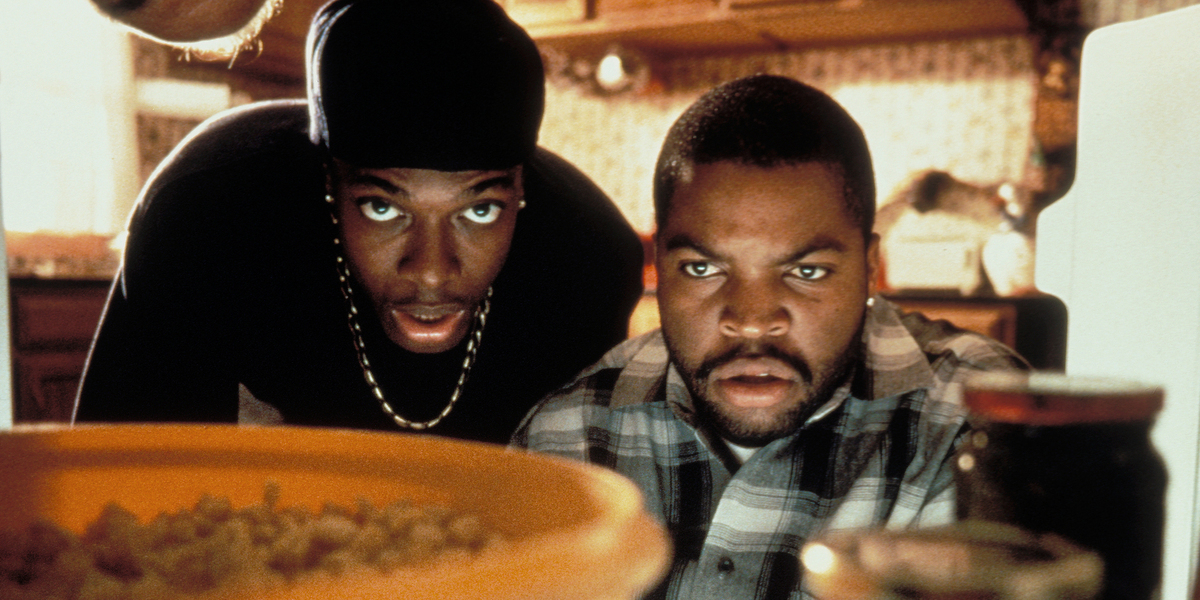 Happy 420, folks. When stoned out of your wits, you must look for something spectacular and edgy to watch. Since iconic cannabis-infused movies like ‘The Big Lebowski‘ have graced the screen, stoner movies have shed their apparent b-movie get-over. While there are a lot of films with immersive visuals you can watch to get higher up, we are considering movies with people smoking substances. While in some cases, they fight with monsters and ghosts, in other cases, pot leads to amusing situations. Thus, if you are looking for some pot-friendly movies, we have some suggestions at hand. You can find all of these trippy movies on HBO Max. 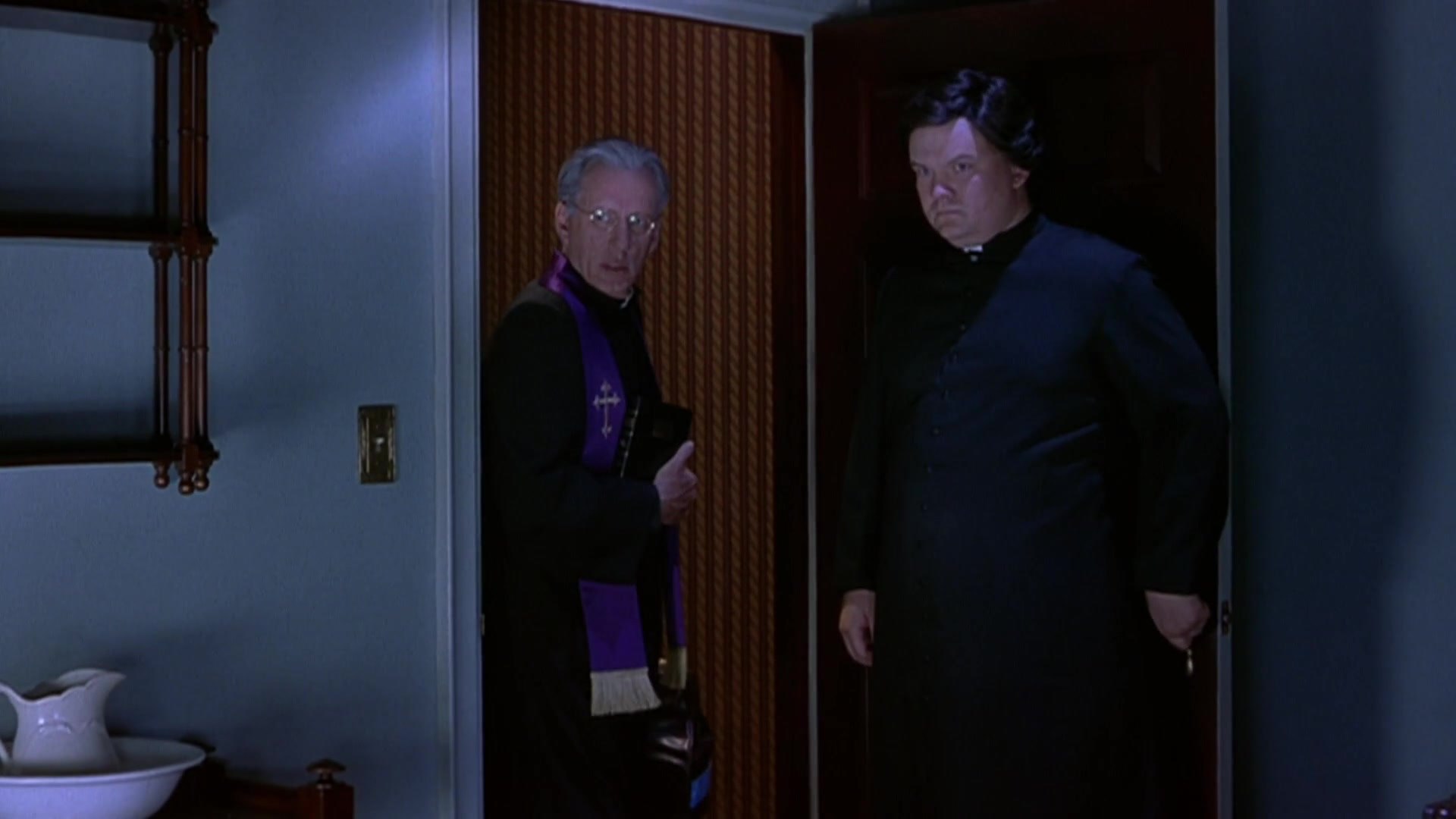 Not disheartened by the reactions to the first movie, Keenen Ivory Wayans helmed ‘Scary Movie 2,’ heightening the absurdity and the caricature. While a spoof of all the haunted house films, the movie brings back Cindy and other characters for a fun and titillating horror experience (with terrible CGI, but well). Professor Oldman convinces Cindy and her friends to spend a night in the haunted Hell House.

The group encounters a madcap scientist working for the professor, and some ghosts, including a marijuana monster. Not spooked away, they decide to teach the spirit a lesson. If you think adult ‘Ghostbusters,’ you may have a hunch about where the party is headed. If you want to get spooked by a burning joint, it’s high time you add the title to your watch list. 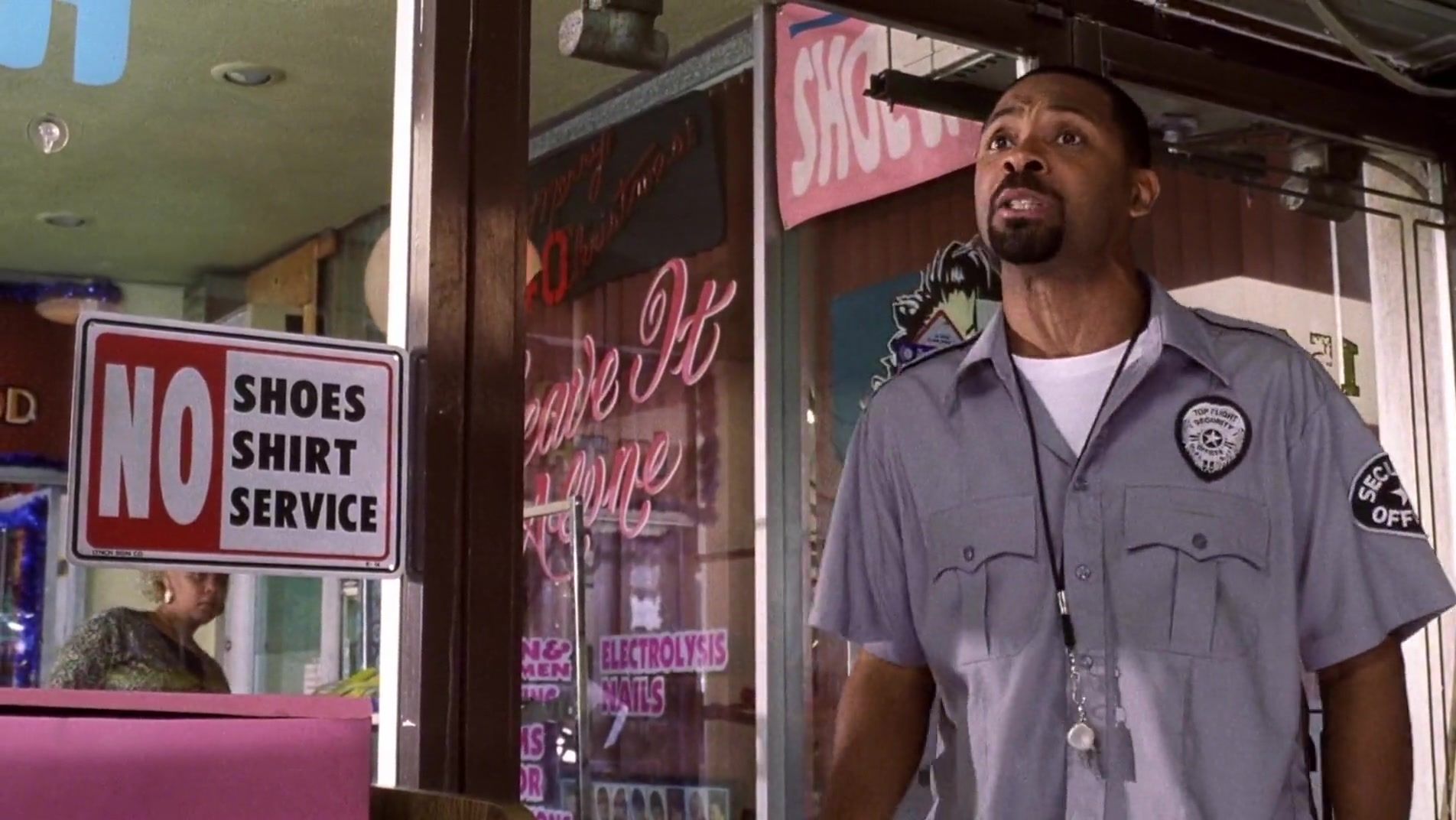 Marcus Raboy directed ‘Friday After Next,’ the third and final part of the popular ‘Friday’ franchise. Craig and Day-Day team up after the incidents of the second movie, and the problem ensues- the cousins lose their gifts and rent money just when Christmas is around the corner. To pay the rent and make room for sustenance, they have to take up jobs at the local shopping mall. They are not smooth-sailing at the jobs, which calls for hilarious interjections. If you are looking for a stoner comedy weighing both sides of stoning, here is a film you should add to your watch list.

Keenen Ivory Wayans concocts a special recipe of spoof, stoner comedy, and slapstick fun in ‘Scary Movie.’ Well, the movie, defying its name, is everything but scary. While parodying horror and slasher genre tropes, the film follows Cindy Campbell and her friends, who go underground after mistakenly killing a man. A year after the incident, someone stalks them and sends intimidating messages.

Sensing a threat to their lives, Cindy and her friends stick together. With Ghostface taking a jab, the movie becomes a fun way to look at the slasher-obsessed 90s. After stoning, you must want to watch something that does not require much attention. Here is a good enough title that survives in the merit of its gags. 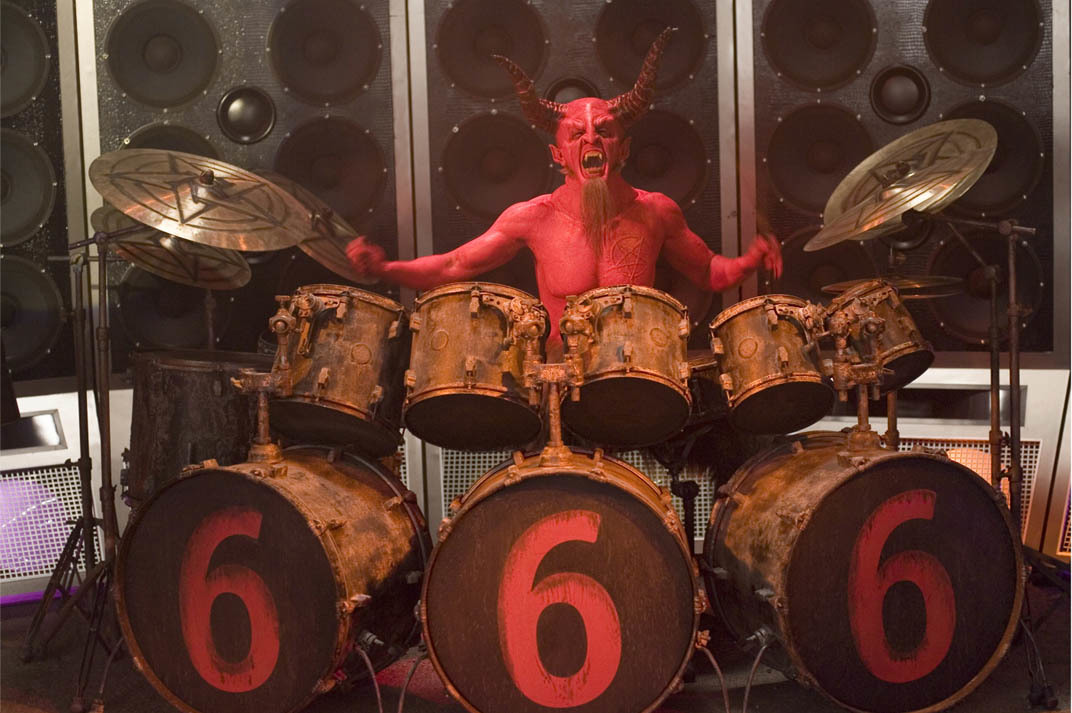 Liam Lynch helmed the stoner musical comedy film ‘Tenacious D in The Pick of Destiny.’ based on a quirky premise mingling real and reel. The film sees aspiring rockstar JB (or Jables, though you would know him better by his screen name, Jack Black) heading towards a new path in his career. He becomes acquainted with classical guitarist KG (Kyle Gass), and together, they form the titular heavy metal band Tenacious D.

The film chronicles the duo’s journey to find Satan’s mythical guitar pick while stoning sessions remain in the mix. A nod to classics like ‘Up In Smoke,’ the movie also packs a refreshing and energetic tale. If you are looking for a stoner movie high on music, this is a film that demands your attention. 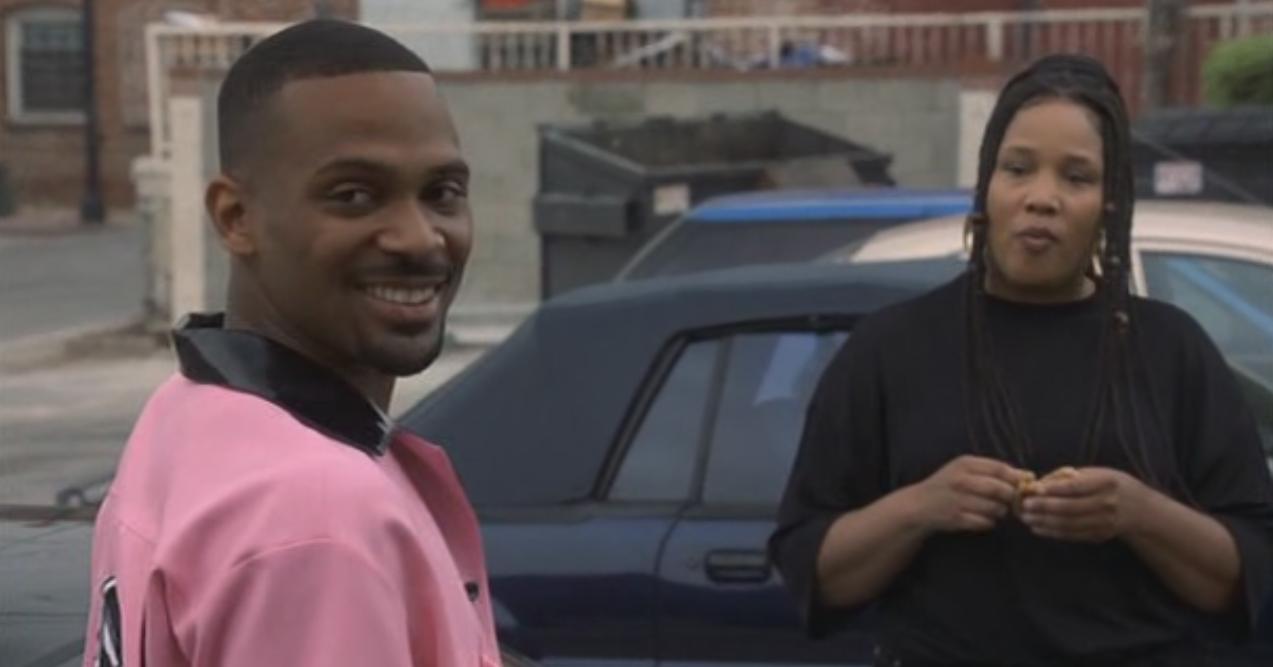 At the dawn of the millennium, director Steve Carr directed the second installment in the ‘Friday’ series. Consequently, the buddy stoner comedy movie ‘Next Friday’ follows Craig, who has a major confrontation with local bully Debo and ends up with the girl. The movie picks up the story after a two-year time jump when Debo gets out of jail.

Craig’s father sends him to live with his wealthy uncle, but the latter learns that trouble may follow him to his uncle’s place. While a quirky take on ‘The Fresh Prince of Bel-Air,’ the movie becomes something of its own, living up to the prequel. If you have liked ‘Friday’ and want more of the rib-tickling laughter, here is a stoner movie available on HBO Max.

Rawson Marshall Thurber helmed the offbeat crime comedy movie ‘We’re The Millers,’ which follows a drug dealer putting together a fake family. Dealer David works under a gruesome mob boss, who coaxes him into smuggling drugs from Mexico. David brings together a phony family with a stripper, a small-time thief, and a teen neighbor, and they go on a fake vacation to Mexico to smuggle in the drugs. While not a typical family comedy, the movie packs a lot of humor to sail the day. If you are searching for a stoner movie that doubles as a vacation film, here is a movie you should consider watching. 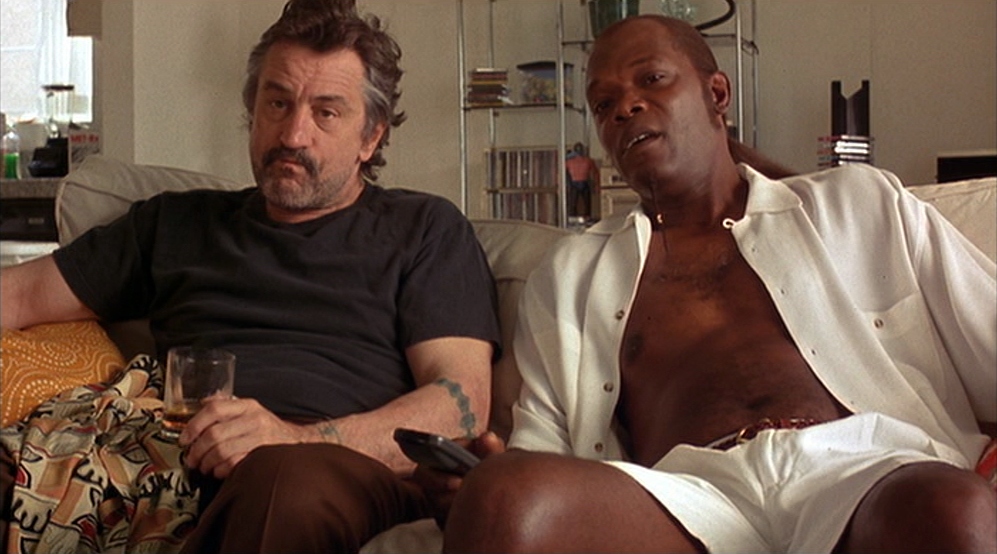 Quentin Tarantino helmed the crime comedy movie ‘Jackie Brown,’ which is often considered one of the most mature works in the director’s oeuvre. The narrative follows flight attendant Jackie, who gets busted while smuggling drugs. The officers convince her to get back at her boss, Ordell Robbie. The surfer girl character spends her day couch-surfing and smoking weed, courtesy of her sugar daddy Ordell.

When Ordell expresses concern regarding Jackie’s lack of ambition, she slyly suggests that she aims to get high and watch television. She also has an amusing encounter with his buddy Louis, sharing a bong. If you want to see Robert De Niro smoking pot out of a bong, here is a movie you should bank on. 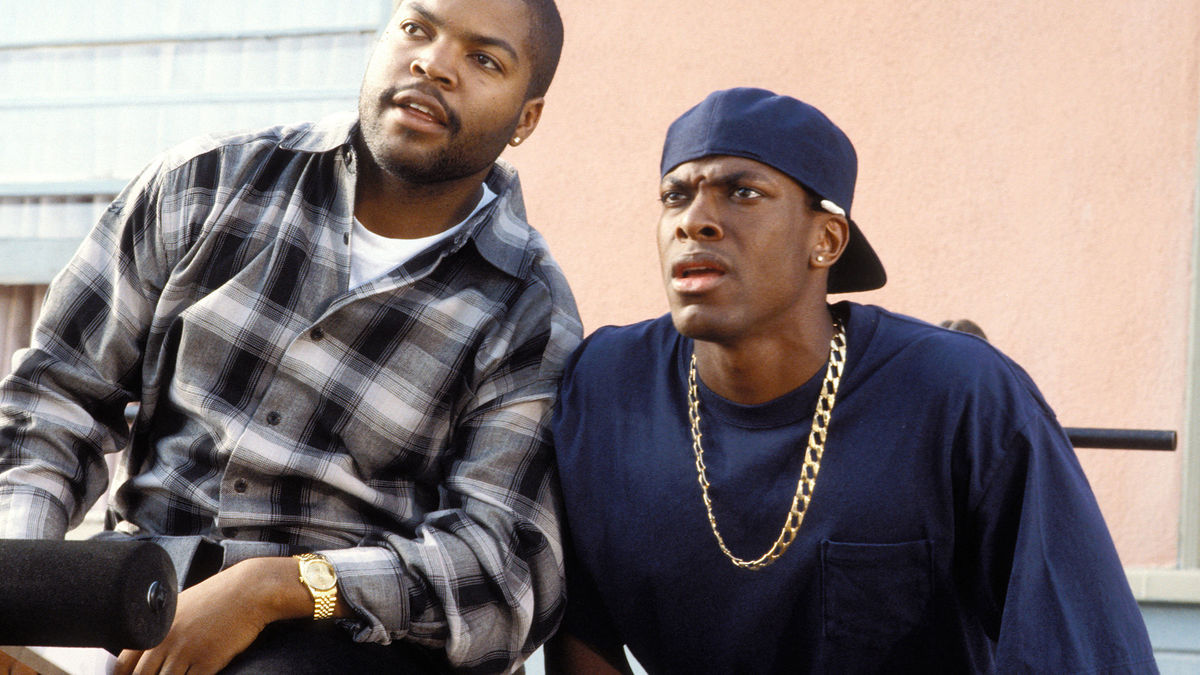 F. Gary Gray is known for directing movies celebrating the African American subculture. His buddy stoner comedy, ‘Friday,’ has been regarded as one of the best specimens of the genre, according to various lists. With a cast ensemble headlined by Chris Tucker and Ice Cube, the movie follows Craig and Smokey in their casual shenanigans and daydreaming. They wish their lives were more exciting and their dreams come true shortly after. Following the encounter with their raunchy neighbors, the narrative spirals out of control. This movie should be your pick if you are looking for a high-voltage stoner movie.