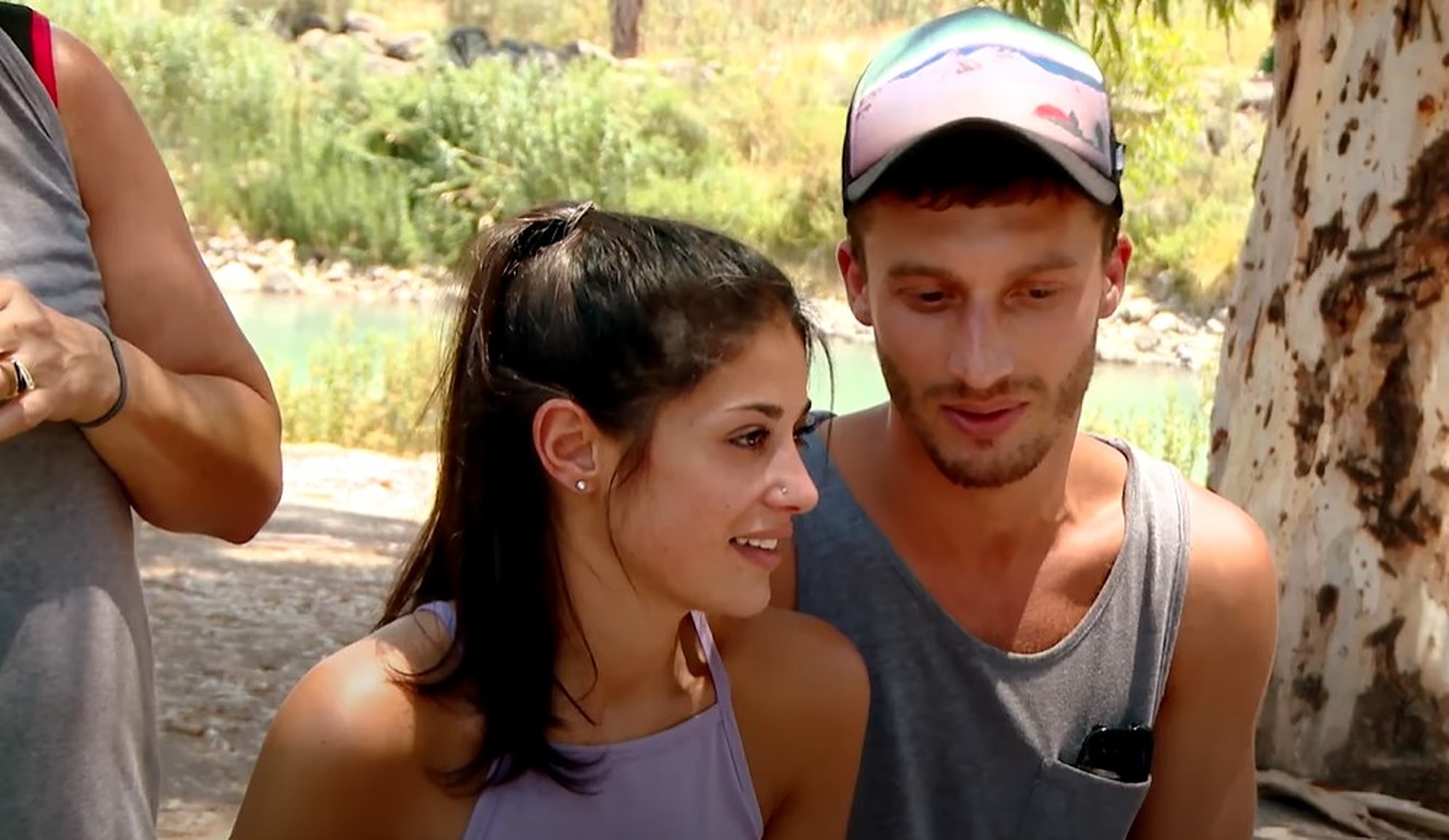 TLC’s ‘90 Day Fiancé‘ is an entertaining reality TV series that chronicles the journey of engaged cross-border couples. The pair comprises an American resident and a foreign national who visits their better half in the US on a K-1 visa, which permits them to stay in the country for 90 days to get married; failure to do so within the designated time will result in them being deported back to their home country. It often proves to be a compatibility test for their relationships and determines whether they walk down the aisle or leave their separate ways. So now, let’s have a look at what the couples from season 3 are up to presently.

In a true fairytale fashion of finding love in a foreign land, Loren Goldstone was on a 10-day Birthright trip to Israel when she met local medic Alexei Brovarnik.  Despite a few hiccups such as language barriers, cultural differences, as well as Loren’s struggle with Tourette’s Syndrome, the couple overcame all hurdles. They also had a few disagreements about their careers, as Loren wanted Alexei to be a model while he wished to continue as a medic. Regardless of such minor issues, they got married twice — once in September 2015 in the US and again in Israel in July 2016, in the company of family and friends.

Loren and Alexei welcomed their first son Shai Josef in April 2020, and their second son Asher Noah was born in August 2021. Shai was a premature baby, and after Asher Noah’s arrival, Loren publicly opened up about her battle with postpartum depression. In January 2022, she and Alexei also began appearing in the ’90 Day Fiancé’ spin-off series ‘Loren and Alexei: After the 90 Days.’ Not just that, the couple happily resides with their sons in Florida and is currently expecting their third child in the fall of 2022.

Proving that love has no age limit, 58-year-old Mark Shoemaker met Philippines native Nikki through an online dating service. Love quickly blossomed between the two, and he proposed to her. However, they had a long and bumpy journey ahead. Firstly, she was barely 19, and their vast age gap posed a big problem. Mark has four adult children from his first marriage, and his youngest daughter Elise was especially unhappy with his fiancée being so young.

Moreover, when Nikki came to visit him in Maryland, he began behaving in a seemingly controlling manner. In addition, Mark also made his partner sign a prenuptial agreement, but the couple finally got married in Hawaii in 2015. As per PageSix, they sued TLC in 2017 for editing their footage to allegedly depict them in a bad light, but their lawsuit was eventually dropped in the same year.

The court’s ruling stated that since Mark and Nikki had voluntarily signed up for the show, the makers had the right to edit the footage as they deemed fit. After six years of marriage, the pair shocked everyone when Mark filed for divorce in March 2022, and they separated by mutual consent after years of marriage. Though the status of the divorce proceedings is yet undisclosed, the couple has called it quits following a turbulent relationship together.

Like many other modern-day couples, Kyle Huckabee and Bajaree Boonma AKA Noon met online on Facebook. He came across her profile while researching for his Thailand trip, and they ended up meeting in person when Kyle went there in 2013. Though he did not formally propose to her, they got engaged and she came with him to New Orleans. The couple was initially sharing an apartment with Kyle’s roommate. When Kyle finally popped the question, they got a place of their own. Not just that, Noon helped her fiancé reconnect with his estranged mother.

Kyle and Noon tied the knot in a Buddhist temple in a close-knit ceremony, even though their parents did not attend the wedding. Since then, the couple has been enjoying lots of adventures around the world and often visit Thailand to spend time with Noon’s family. They are presently living together in Portland, Oregon, where Kyle works as a realtor. The pair also adopted an adorable dog named Snoop and frequently posts pictures of their happy moments on social media.

Josh Strobel and Aleksandra Iarovikova crossed paths in Prague, Czech Republic, while she was studying there at university, and he was volunteering with the Mormon church. Originally from Russia, Aleksandra was an atheist but became interested in Mormonism after interacting with Josh and soon converted as well. After completing his church mission, Josh frequently kept visiting her and eventually proposed to his lovely lady in 2015. After they landed in the US, the couple got married in August of the same year. Subsequently, the pair welcomed a daughter named Kaya in 2016.

Josh and Aleksandra also had to brace for minor troubles following Kaya’s birth, but everything settled down soon. In 2018, Josh started medical school in Australia, and in June 2019, the couple welcomed their son JJ. In 2020, they returned to the US, and Aleksandra graduated with a Bachelor’s degree in Public Health. Presently, the couple lives with their kids in Shreveport, Louisiana, where Josh has achieved a medical residency.

Fernando Verdini and Carolina met in her native country Columbia, while they both were on dates with other people. Luckily, they both clicked instead, and Fernando proposed to Carolina before returning to Florida. Fernando was sharing his house with his parents since his previous marriage ended. When his fiancée visited him, trouble started brewing between Carolina and his mother. The latter openly expressed her distaste toward Carolina’s nationality and made rude remarks. In addition, the couple’s 17-year age gap and her homesickness caused a few problems as well.

But the biggest threat to the couple’s relationship was when Carolina suspected Fernando of allegedly cheating on her more than once, which he vehemently denied. Despite everything, their love triumphed, and they tied the knot at the end of their 90 days together. Carolina settled with her husband in Florida, and the two spent a lot of time traveling together. However, from what we can tell, Fernando has recently removed all their pictures together from his social media. Though they have not made it explicitly clear, it does seem that they are not together currently.

Nurse Melanie Bowers met Jamaican lifeguard Devar Walters while vacationing at a resort in his home country. Sparks instantly flew between the two, and he proposed to her before she left for the US. But things were not a cakewalk for them ahead, as Melanie’s family was quite apprehensive about their relationship. Her sister, Bev, was especially skeptical of Devar’s intentions and suspected that he was only using his fiancée to secure citizenship in the country. Tensions further escalated when Devar expressed his intentions to send all his income to his family, thus worrying Melanie about his seriousness for her.

Not just that, the hard-working nurse had the responsibility of her teenage son Hunter from her previous marriage. Luckily, Devar managed to quash all the doubts in Melanie and her family’s minds and bonded rather well with Hunter. The couple eventually tied the knot and settled down. Moreover, he took training and became an underwater welder, thus proving his capability. In November 2017, the pair welcomed a daughter named Avah. Despite all the questions raised about them, Melanie and Devar are still in a happy and healthy marriage and are focused on their children.

Read More: 90 Day Fiance Season 8: Where Are They Now? Who Are Still Together?