90 Day Fiance Season 9: Where Are They Now? Who Are Still Together?

If you’ve ever wondered if cross-border relationships are easy and viable, TLC’s ’90 Day Fiance’ would be right up your alley. Revolving around the lives of American citizens engaged to foreign nationals, the reality series gives us an authentic sneak-peek into their lives and documents the days leading up to their marriage. While the foreign partners come to the US on a K-1 visa, they are compelled to tie the knot within 90 days or face deportation.

Indeed, three months is a short time for a cross-border couple to iron their differences out and settle down. However, with their future on the line, it is interesting to witness how each pair chooses to tackle their issues in their own way. Like its predecessors, ’90 Day Fiance’ season 9 introduced us to seven different couples and offered a window into their lives for several days. But with the cameras now turned away, fans are curious to find out where each pair is at present. Well, let’s find out, shall we?

Where Are Ariela and Biniyam Now?

Interestingly, New Jersey resident Ariela Danielle and her Ethiopian fiance, Biniyam Shibre, were introduced in a previous season of ’90 Day Fiance,’ when they were busy building a life in Ethiopia, along with their son, Aviel. Surprisingly, they had to navigate quite a difficult path together, as their struggles continued even after landing on US soil. Nevertheless, the couple put their differences aside and tied the knot at the end of season 9. 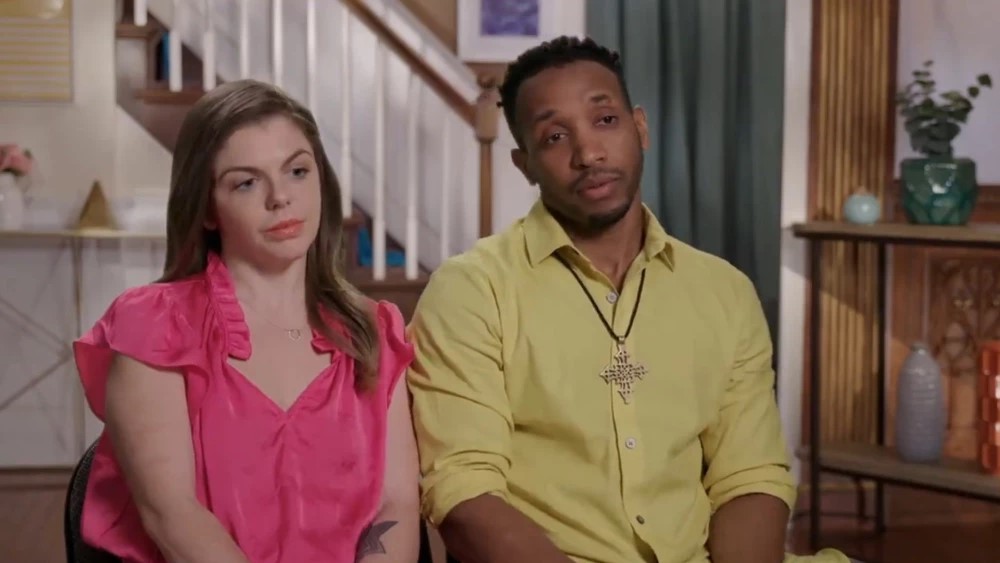 Presently, Ariela and Biniyam have built a wonderful home in the United States and are enjoying a life surrounded by family and friends. From the looks of it, they still reside in their New Jersey apartment; the couple even loves to travel and often upload adorable pictures with their son on social media. It is lovely to witness their blossoming love, and we wish them the best for the years to come.

Where Are Emily and Kobe Now?

US native Emily Bieberly and her Cameroonian fiancé, Kobe Blaise, met at a nightclub in the Chinese city of Xi’an. Although she did not intend to start a long relationship, the latter won her over with his charm and also got her pregnant. Once Kobe came to the United States, the two had a rocky road to navigate as Emily could not trust him with the baby. On the other hand, he felt he was being pushed out of his baby’s life and even disliked his fiancée’s seemingly controlling nature.

Moreover, the couple even faced a surprise second pregnancy, threatening to blow their relationship up. Nevertheless, they persevered and tied the knot towards the end of season 9. Currently, they seem to reside in Emily’s home state of Kansas and are proud parents of two. Besides, they appear to be quite happy and often share adorable couple pictures on social media.

Where Are Kara and Guillermo Now?

One of the most promising couples on the show, Virginia native Kara Bass and her Venezuelan fiancé Guillermo Rojer met when the former went on a trip to the Dominican Republic. Theirs was a whirlwind affair, yet cracks began showing once the latter landed in the United States and began living with his fiancée. The couple would get into altercations over minor things, and Guillermo was very disappointed with Kara’s controlling and bossy behavior.

Despite all disagreements, Kara and Guillermo remained steadfast in their dedication to each other and ultimately tied the knot on July 23, 2021, in Albemarle County, Virginia. At present, the two have built up a wonderful life in the United States and are on excellent terms with a few of their season 9 castmates. Moreover, with Kara calling her husband her best friend, we can safely assume that the two are in it for the long run.

Where Are Bilal and Shaeeda Now?

Interestingly, US citizen Bilal Hazziez met his Trinidadian fiancee Shaeeda Sween through some mutual friends online. However, once he traveled to Trinidad and Tobago to meet her face to face, he fell in love and realized he had found the perfect partner. Unfortunately, their road together was relatively rocky as the two could not see eye to eye on many things. Shaeeda did not like Bilal’s bossy nature, while the latter was determined not to have any more children, no matter what his fiancée desired. The biggest obstacle in their relationship was a prenup, which Bilal was adamant about signing, much against Shaeeda’s wishes.

Nevertheless, fans would be delighted to know that the pair have since sorted out their issues as they tied the knot on December 18, 2021, in Lees Summit, Missouri. Besides, Shaeeda mentioned that she did sign the prenup but ensured to include a few of her own clauses in the document. At present, the two are enjoying a happy married life in Kansas City, and Shaeeda appears to be quite close to Bilal’s children from his previous marriage.

Where Are Jibri and Miona Now?

South Dakotan Jibri Bell and his Serbian fiancee Miona met when the former was performing with his band in a Serbian club. It did not take long for the two to take to each other, and the pair undertook numerous vacations, during which Jibri went down on his knee and popped the question. But from the beginning, Miona seemed to alienate him from a few of his friends, especially his bandmate Daveed Dacho. On the other hand, once in the United States, the Serbian national could not see eye to eye with Jibri’s parents and appeared to detest South Dakota.

Interestingly, Miona demanded a beachside wedding from Jibri, and quite naturally, his family advised him against marrying her. Regardless, he ultimately took her side above everyone else and decided to get married to her with his grandmother as the presiding minister. Unfortunately, Miona’s parents, as well as Daveed, refused to be involved in the ceremony and did not turn up in person.

In a June 2020 interview with Telegraf, Jibri addressed Miona as his wife when talking about how he had fled to Serbia in the wake of George Floyd’s murder. We can’t confirm if she accompanied him to her native country, but the two are presently enjoying a happy life in the United States and often take to social media to share their moments together.

Where Are Yvette and Mohamed Now?

Arguably the most mismatched couple on ’90 Day Fiance’ season 9, Yvette Arellano met Mohamed Abdelhamed online, and the two got acquainted over their shared love for fitness. The two got engaged when Yvette traveled to Egypt to meet him, yet issues arose once the latter traveled to the United States. There, Mohamed was in for a culture shock and could not accept the way Yvette’s lifestyle habits. He continuously expected her to follow Muslim doctrines and grew quite irritated when she fell back on her American way of living.

Even though Mohamed did get close to Yvette’s son, Tharan, he was annoyed at having to live away from his mother and once even contemplated getting a new sponsor just to get his green card and return home. Luckily, with time, he learned to respect Yvette’s lifestyle, and she began respecting Mohamed’s views. Thus, with life finally on track, the couple got married at the end of season 9 and built a wonderful life with Tharan in the United States. Although it seems Yvette did not change her religion yet, the pair are still very much in love and do not shy away from professing it on social media.

Where Are Patrick and Thais Now?

Patrick Mendes met his Brazillian fiance, Thais Ramone, through a dating app during a trip to her homeland. Incidentally, it did not take long for the two to get together, and during one of his many trips to Brazil, he ended up going down on one knee, and she was only too happy to accept. Sadly, their relationship fell on choppy waters once Thais landed on US soil, as she could not see eye to eye with Patrick’s brother, John. On the other hand, the latter was quite apprehensive about the Brazilian national, as he knew she was spying on Patrick and had even installed a GPS app on his phone.

Moreover, John believed that his brother could do better, which led to further animosity between the two. Things took a drastic turn when Patrick learned that Thais had not informed her father about their impending marriage. Despite her mentioning that her father despised Americans and would disapprove of the union, her fiancé refused to marry her until she informed her father. Unsurprisingly, Thais’ father was against the wedding and initially forbade her from marrying Patrick.

Nevertheless, after a lot of back and forth, Thais finally got her father’s blessings, and the two were able to tie the knot in a beautiful ceremony. Currently, the two have settled in the United States and are enjoying a peaceful married life surrounded by family and friends. They also often upload adorable couple pictures and profess their love on social media. In a May 2022 post, Thais wrote, “Patrick was so amazing on this journey, grateful to him for not letting me give up, always when I thought I wouldn’t make it anymore, he said, “I’ll always come back there for you.”