A Feeling of Home: Cast and Filming Locations 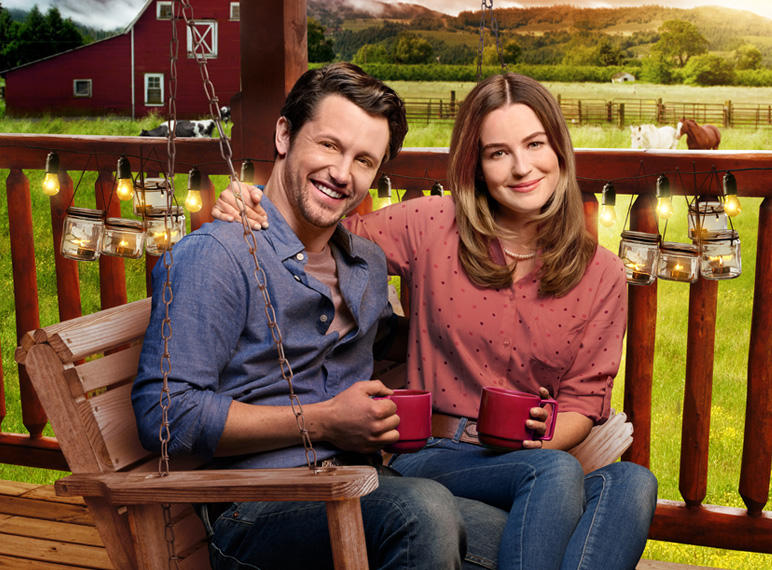 Over time, Hallmark has presented several character conflicts that feel extremely universal with its television movies and television series. ‘A Feeling of Home’ is a television film that wraps a warm romantic story amidst a very relatable central conflict for the protagonist.

Hallmark has become THE romance destination for network television and it has got here by presenting characters which viewers can instantly connect to. In ‘A Feeling of Home,’ the protagonist faces a dilemma that many people in their youth might have gone through: the dilemma of choosing to stay at home or pursuing a life elsewhere.

The character in question is Abby, facing the choice of staying in her hometown, Texas or going to New England for more opportunities and an independent lifestyle. In the movie, Abby is shown to be a host of a popular web series which is set in New England. Now, she aspires to launch her own line of products for the home.

She has a potential investor who is interested in the popularity of her New England roots. However, Abby is actually from Texas. Unexpected to her, she gets asked to come home to assist her father with their family ranch. However, what is even more surprising for Abby is the fact that her high school boyfriend, Ryan works as the ranch member for her father.

Abby tries to help her father as best as she can but ends up needing Ryan’s help all the time. Over time, old flares start to light up, rekindling Ryan and Abby’s past flame. Now, Abby must decide what to do. She can decide to stay back home, closer to her roots and to Ryan who she has fallen in love with again. Or, she can dump that idea and go to New England and chase a possible professional opportunity.

A Feeling of Home Cast: Who is in it?

Joanna Walsh plays the character of Abby in ‘A Feeling of Home.’ The actress is most prominent for appearing in ‘Couples Retreat’ where she played the role of Lacey. Apart from that, she also stars in ‘Baby Daddy,’ ‘Code Black’ and ‘Everybody Hates Chris.’

Starring opposite Walsh is Nathan Parsons. Parsons plays the role of Ryan on ‘A Feeling of Home.’ He is an Australian-American actor and is best known for his role on ‘General Hospital.’ Other than that, he also appeared on the final season of ‘True Blood.’

Moreover, the 70s and 80s star, Robby Benson is also a part of the movie’s cast. Benson is notable for being a popular teenage icon in the 70s, having starred in projects like ‘Ice Castles’ and ‘One on One.’ Plus, he also stars in the 1991 Disney film, ‘Beauty and the Beast’ and has appeared on ‘Friends.’ He plays a character named Wes on ‘A Feeling of Home.’

A Feeling of Home Filming Locations

Many viewers might be wondering where ‘A Feeling of Home’ was filmed. The movie is set in Texas and the setting is quite integral to the plot of the television film. It does revolve around a decision to stay back at home or not after all. So, it is possible that the filmmakers actually filmed ‘A Feeling of Home’ in Texas.

Nope, ‘A Feeling for Home’ has not been actually filmed in Texas, even though it is set there. The movie has been shot in Canada instead. It is nothing new for filmmakers to pass off one location as another. The fact that Canada has a similar aesthetic to most places in the United States has made it an attractive filming spot for many productions in the recent past.

However, the biggest reason which draws producers to the country is a purely financial one: the Canadian government provides lucrative tax credits for filming activities, thereby decreasing filming budgets considerably. ‘A Feeling of Home’ was filmed in Vancouver in the British Columbia region of Canada. The director of the film, Richard Gabai shared several pictures on Instagram from the Vancouver set, proving that fact.