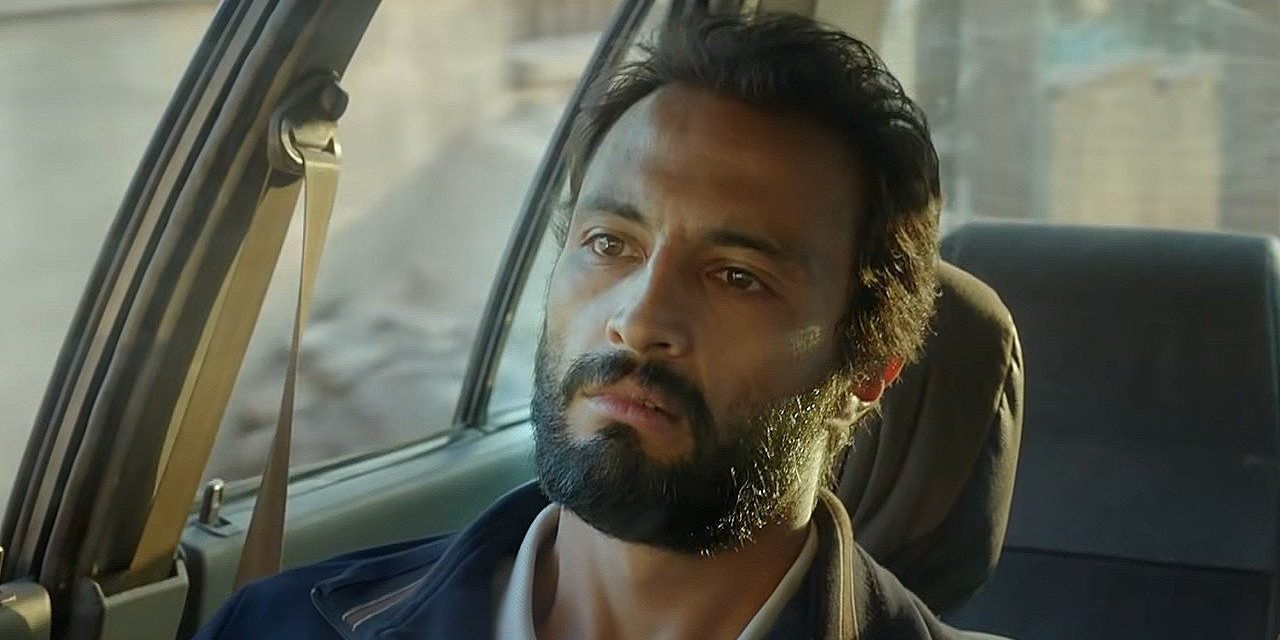 ‘A Hero’ is an Iranian drama movie directed by revered filmmaker Asghar Farhadi. It revolves around Rahim, a middle-aged man spending time in prison for failing to repay the money he had borrowed from a loan shark. Once Rahim gets out of jail on a two-day leave, he comes up with a solution to repay his creditor. However, the situation gets increasingly out of hand, and Rahim finds himself in a difficult position.

The film uses Rahim’s situation to examine the true nature of a good deed. By the time we arrive at the narrative’s conclusion, Rahim is left with few options to free himself. if you are wondering what happens to Rahim and whether he succeeds in his quest, here’s everything you need to know about the ending of ‘A Hero.’ SPOILERS AHEAD!

‘A Hero’ opens with Rahim leaving prison on a two-day leave to spend time with his family in Shiraz. He meets his brother-in-law, Hossein. Rahim tells Hossein to set up a meeting with his creditor Bahram. He reveals that he has found a solution to repay half the money he owes Bahram. However, when Hossein calls Bahram, the latter refuses to pull back the case against Rahim unless he receives full payment. Later, Rahim meets his girlfriend Farkhondeh, who has found a handbag with seventeen gold coins. The couple plans on selling the coins and raising money to repay Bahram. They appraise the gold coins from a jewelry shop and learn that the price of gold has reduced. Moreover, even if Bahram accepts Rahim’s proposition, he will still have to find a way to pay a large sum every month to repay the whole debt.

In time, Rahim begins to have hesitation about selling the coins. He decides to return the handbag and the coins to their rightful owner. He convinces Farkhondeh it is the right thing to do. Rahim searches for the bag’s owner but does not find any leads. He prints some ads and leaves his prison phone number. After Rahim returns to prison, he receives a call from a woman who had lost the bag. Rahim directs the woman to his sister, Malileh’s house. The woman collects the bag and thanks Rahim for his good deed. Eventually, the word about Rahim’s good deed begins to spread. His prison in charge, Taheri, tells Rahim about a TV channel that wants to interview Rahim.

After a brief conversation with Taheri, Rahim leaves out certain details from the story during the interview. The interview becomes popular, and Rahim gains some recognition. His situation and good deed gain him respect from society, and Rahim is given a special leave. At this time, a local church and charity organization hold a fundraiser for repaying Rahim’s debt. They also arrange for Bahram to take back his case against Rahim and promise the latter a job. However, Bahram refuses and begins poking holes in Rahim’s story. Soon, Rahim’s story appears to be sketchy, and he loses the job he was promised. Rahim becomes desperate as the situation begins to escalate. In the end, Rahim must bear the consequences of his actions irrespective of the circumstances that lead him on this path.

A Hero Ending: Does Rahim Go to Prison Again?

After the holes in Rahim’s story start to cause a stir on social media, people suspect him of fabricating the entire thing. Moreover, as Rahim searches for the woman, it becomes evident that he has been scammed. Rahim suspects that Bahram is behind all of his troubles and confronts him. The two end up in a physical altercation, and Bahram’s daughter records video footage of the same. The video risks ruining the reputation of the charity organization and the prison. Therefore, the charity organization no longer wants to help Rahim and try distancing themselves from him. Instead, they wish to use the money raised for Rahim to help a woman whose husband is going to be executed.

The prison administration also refuses to help Rahim. However, Rahim receives a ray of hope when Farkhondeh convinces the charity organization to credit Rahim with the decision of helping the woman. The efforts are in vain as the video is uploaded online, damaging Rahim’s credibility. Rahim makes one last-ditch effort to avoid going back to prison and uses Taheri’s help to make a video of his son appealing to the public on his father’s behalf. Taheri agrees to help as it would help the prison salvage its reputation. However, Rahim has self-realization and refuses to let Taheri use his son’s video. Taheri relents and deletes the video. In the end, Rahim returns to the prison to spend the rest of his sentence. In the film’s final moments where Rahim returns to the prison, another man is being acquitted. The scene leaves a glimmer of hope for Rahim to be released from prison in the future.

Why Did Rahim Stop Taheri? Did Rahim Learn From His Mistakes?

The entire film is a dissection of Rahim’s good deed and examines whether he is truly worthy of getting released from jail just for doing the right thing. We learn that Rahim borrowed the money to start a business but was tricked by his partner. He ended up using the money Bahram had set aside for his daughter’s dowry. As the narrative progresses, all the angles of Rahim’s so-called good deed are examined. Ultimately we reach a point where we can only feel sympathy for Rahim but cannot justify him being released from prison. Perhaps, Rahim’s ultimate situation is the director’s way of justifying the society’s nature and treatment of people like Rahim who are victims of their circumstances.

However, in the end, the director gives the narrative flow one last change of direction that changes the viewer’s perception of Rahim. The entire movie maps Rahim’s journey from being a man with a reputation for fraud to his rise as a respectable citizen. However, viewers are forced to contemplate whether society sees Rahim with respect or merely feels sorry for him at various points. Rahim’s fall from grace is proof of his misconceptions about respect and reputation. In the final moments, Rahim uses the learnings from his experiences and stops Taheri from using his son to gain the people’s sympathy. Rahim now understands that he had merely been using his circumstances to justify his misguided quest for honor.

When Rahim realizes that using his son in such a manner is a pitiful act, Rahim fights Taheri and, in the process, earns some self-respect. Rahim’s decision is a departure from his previous actions wherein he unwittingly sought pity from people and used it to overcome his circumstances. The act redeems Rahim, and he returns to jail as a better person in his own eyes compared to when he had left. Rahim’s journey is a clever subversion of a hero’s journey.

Typically, a hero’s journey encompasses a protagonist’s journey outside an area of comfort where they must pay a price that fundamentally changes them to obtain something they desire. Typically, a prison would be considered an area of discomfort, which for Rahim is a comfortable space in comparison to his burdensome life. Rahim’s desire to redeem himself in the eyes of others leaves him with new learning of morality and self-respect. The price he pays is his freedom. Ultimately, Rahim returns to the starting point as a better human, thereby completing his hero’s journey and justifying the film’s title.

Read More: Is A Hero Based on a True Story?