A Little Daytime Drama: Everything We Know

Directed by Heather Hawthorne-Doyle, Hallmark’s ‘A Little Daytime Drama’ follows Maggie, an acclaimed scriptwriter of a daytime soap drama that experiences a steep decline in viewership ratings. She is pulled in as the next one in charge after the creator and producer of the show quits, prompting Maggie to do everything in her power to save the show, even if it means reconnecting with her ex-boyfriend Darin.

Originally titled ‘Love in the Afternoon,’ this romance drama received much love from the Hallmarkies, primarily because of the fantastic chemistry between its lead actors and beautiful visuals. If you want more details about ‘A Little Daytime Drama,’ we have got you covered!

‘A Little Daytime Drama’ seemingly started filming sometime in the summer of 2021 and wrapped up its production sometime in July 2021. If you’re wondering where the movie was filmed, you wouldn’t be surprised to know that this cute romantic drama film was shot in the heart of Vancouver in British Columbia, like most Hallmark movies. Let’s take a look at more details!

‘A Little Daytime Drama’ was shot in Vancouver, which is considered the hotspot for the production of Hallmark Channel’s ever-expanding list of movies. On average, the area assists in producing around 60 family-friendly and romance-filled movies rolled out by the network every year. So, it is no surprise that the production for the Heather Hawthorn Doyle directorial also took place in the familiar and welcoming reserves of Vancouver, one of Canada’s most diverse and exciting places to live in. 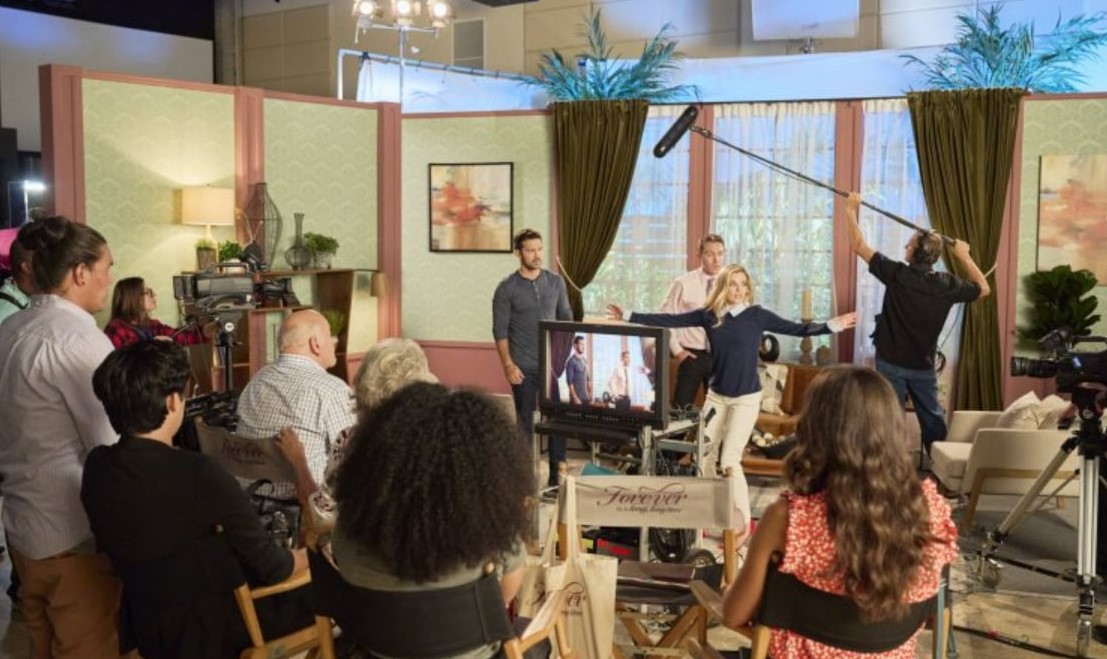 The climate conditions of the city make it a favorable filming site for romantic films. Due to the tax incentives and first-rate production facilities, Vancouver is relatively inexpensive to film in compared to other cities like Los Angeles, New York City, Las Vegas, and even Toronto, making it a favorite spot among producers and directors.

Popular filming locations in and around Vancouver happen to be Maple Ridge, Pitt Meadows, Langley, Squamish, Surrey, and Abbotsford. Hit Hallmark moves such as ‘Mingle All the Way,’ ‘Hope at Christmas,’ ‘Road to Christmas,’ etc., were filmed throughout the city’s awe-inspiring locations. Actor Latonya Williams shared her enthusiasm on-set through a post on social media that visibly reflects her happy mood.

Although the pandemic delayed production for a long time, the filming for ‘A Little Daytime Drama’ successfully pulled through within a span of a few days. Lead actor Ryan Paevey was particularly mesmerized by the inescapable allure of the Vancouver wilderness. Some of the cast members like Brittany Mitchell and Michele Scarabelli also posted pictures from the set as the cast members posed together for a selfie.

The cast of ‘A Little Daytime Drama’ comprises ‘Harvest Love’ co-stars Jen Lilley and Ryan Paevey, who portray the lead characters Maggie Coleman and Darin Mitchell, respectively. You must have seen Jen Lilley in ‘Days Of Our Lives’ and ‘USS Christmas,’ among many other movies and TV shows. Ryan Paevey is mainly known for ‘General Hospital’ and ‘Unleashing Mr. Darcy.’ Famous soap personality Linda Dano also stars as Alice Hamlin in the movie. Her previous works include ‘Another World’ and ‘Chronicle Mysteries.’