10 TV Shows You Must Watch if You Love Designated Survivor 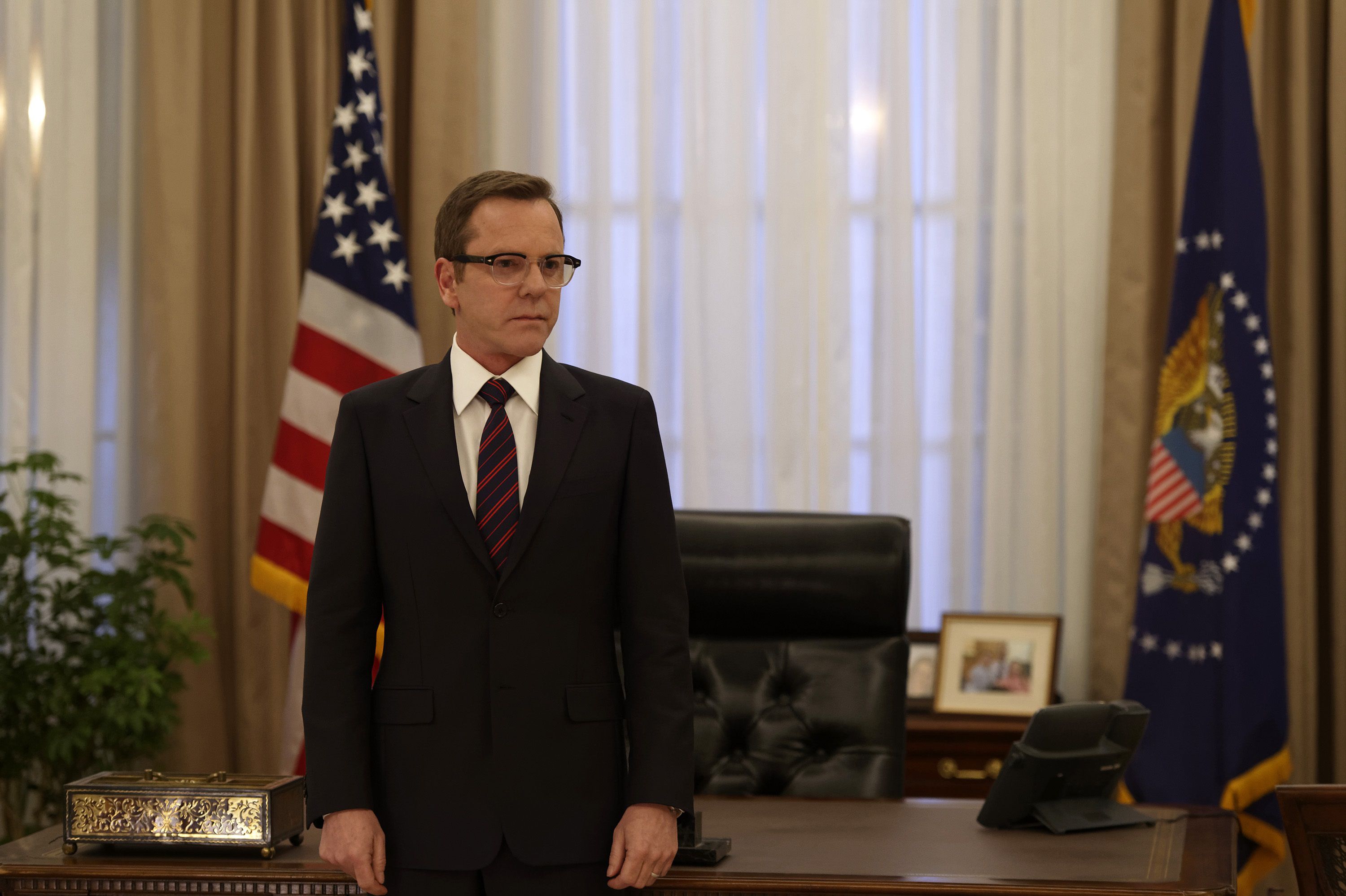 ‘Designated Survivor’ follows Thomas Adam “Tom” Kirkman, an American politician who is named as the designated survivor for the State of the Union address. He is put in a particularly tense position when he has to vacate the position of U.S. Secretary of Housing and Urban Development to be appointed as the President of the United States after an explosion that kills everyone ahead of him in the presidential line of succession.

The show chronicles his efforts to cope with his inexperience as Head of State while looking to uncover the truth behind the attack. ‘Designated Survivor’ premiered in 2016 and has received positive reviews for the performances and writing.  The show balances the personal challenges of the protagonist with professional hardships. For this article, I have taken into account shows that hold narrative characteristics similar to this one. So, without further ado, here’s the list of best shows similar to ‘Designated Survivor’ that are our recommendations. You can watch several of these series like ‘Designated Survivor’ on Netflix, Hulu, or Amazon Prime

Created by Shonda Rhimes, ‘Scandal’ follows Kerry Washington as Olivia Pope, a former White House Communications Director who starts her own crisis management firm. In that endeavor, she comes to realize her clients are not the only ones with secrets. The show explores the intricacies of one of the most infamous aspects of America’s political administration, i.e., scandals. The show has received positive reviews for its concept, writing, and performances. 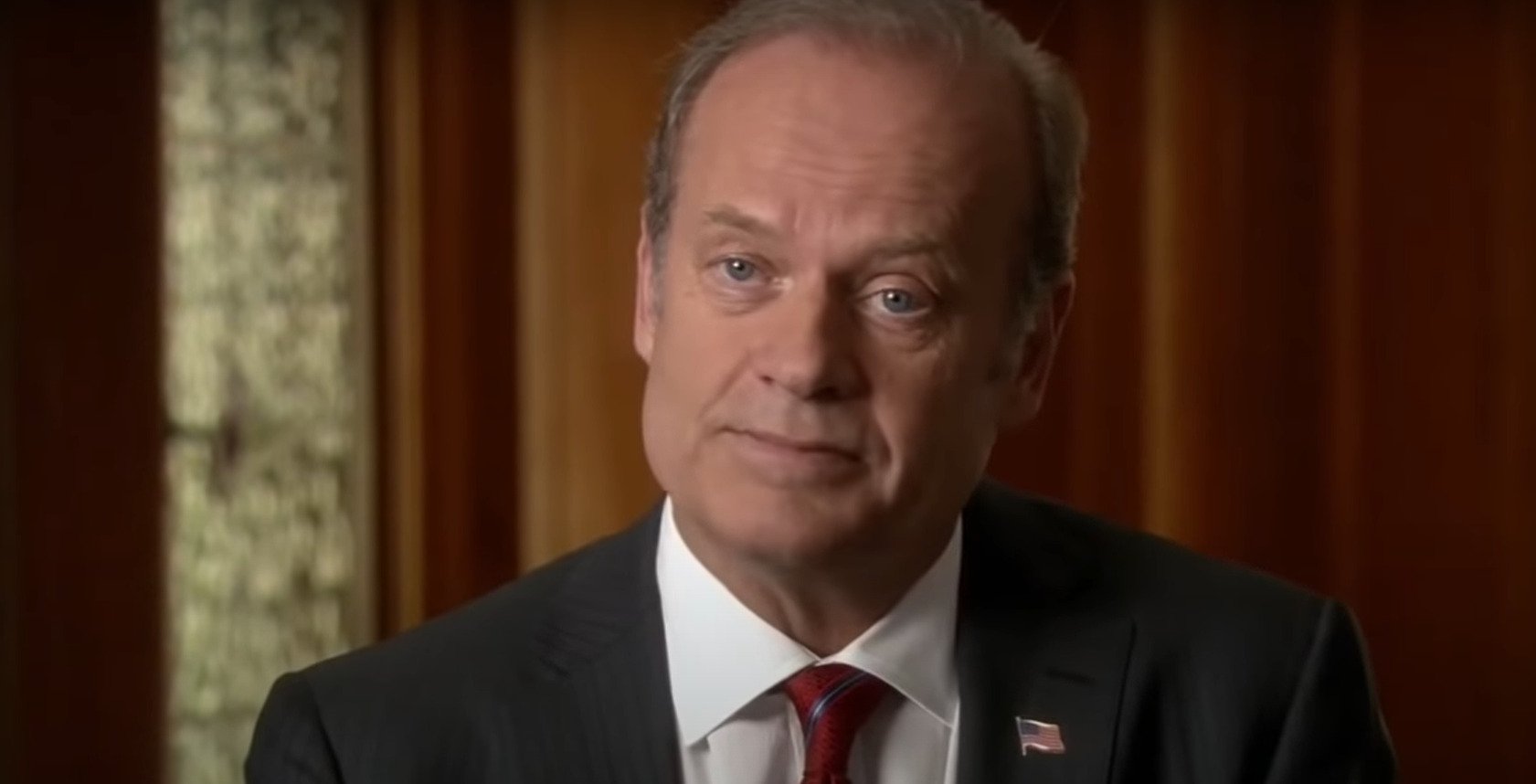 Created by Iranian American screenwriter Farhad Safinia, ‘Boss’ follows Mayor Tom Kane as he rises up the ranks of political muscle in Chicago, but he has one big challenge – he is diagnosed with dementia with Lewy bodies. The show masterfully develops the political intrigue with the protagonist’s personal challenges which intersect, creating a gripping narrative. While the writing structures the narrative with coherency, the cast makes it an immensely fetching storyline. The show won a couple of nominations in its run of two seasons. Kelsey Grammer, who essays the role of Tom Kane, won the “Best Actor — Television Series Drama” and the Golden Globe in 2012. The show itself was nominated for a “Best Television Series — Drama” in the same year. 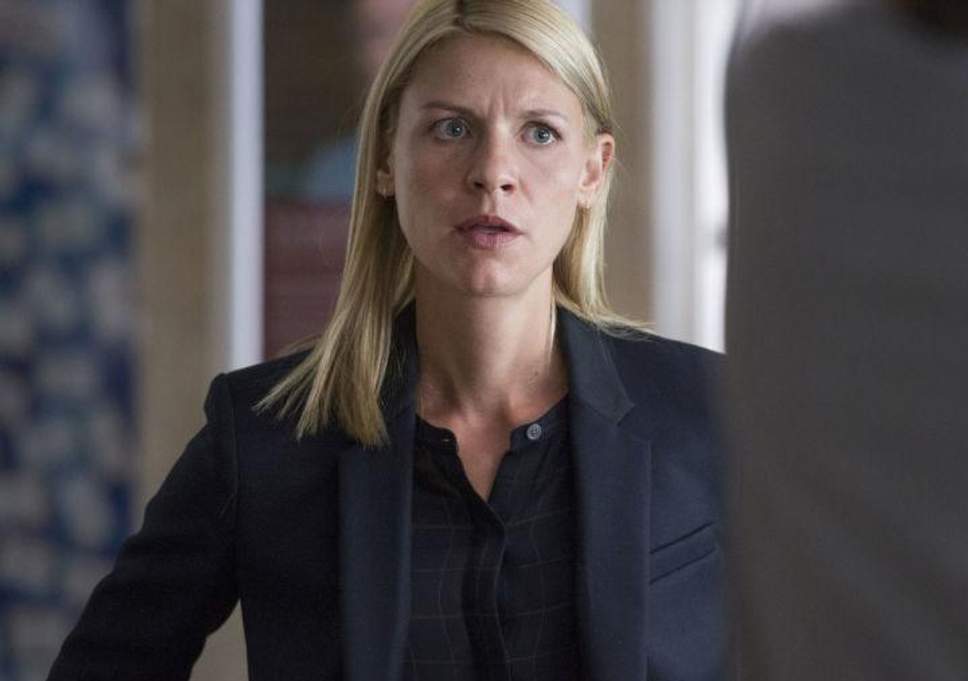 While ‘Homeland’ is primarily categorized as a spy thriller, it has seamlessly transited into essentially becoming a political thriller. The show has been adapted by writers Howard Gordon and Alex Gansa from Israeli filmmaker Gideon Raff’s drama series ‘Prisoners of War’ (2010-2012). ‘Homeland’ follows Claire Danes as Carrie Mathison, a CIA operative has bipolar disorder. Her paranoia leads her to become convinced that a prisoner of war has been turned by al-Qaeda and is now planning to carry out a terrorist attack on America. The first two seasons of the show are masterfully written, directed, and performed, but it saw a dip in the quality in further seasons, for which it has received some criticism. Nonetheless, ‘Homeland’ is an engaging political thriller and is sure to engage the viewers. 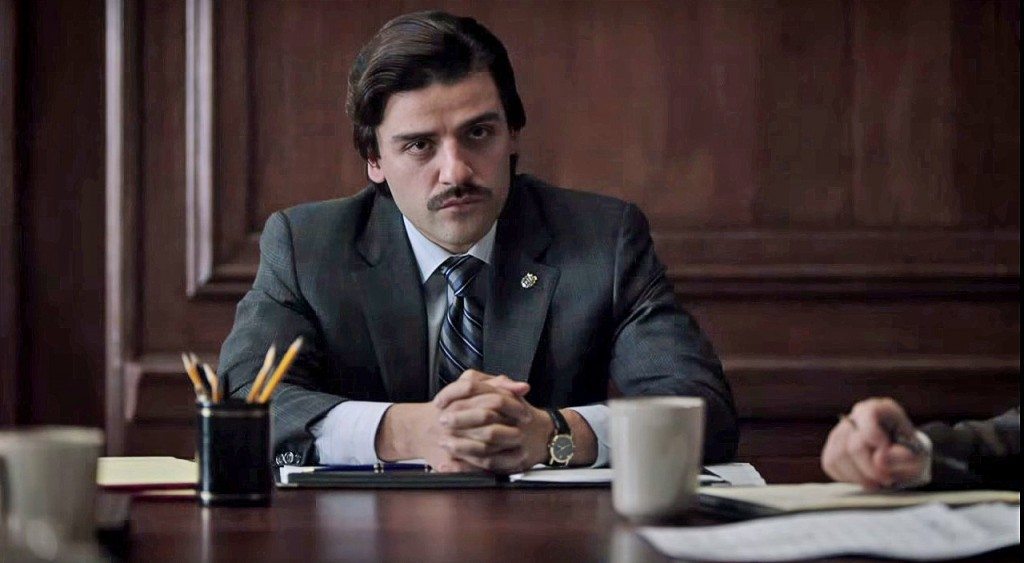 Adapted from Lisa Belkin’s book of the same name, which was published in 1999, ‘Show Me a Hero’ follows Nick Wasicsko, a Mayor in Yonkers, New York. The show chronicles the white middle-class neighborhood’s resistance to the federally mandated scattered-site public housing development in the city and the kind of role Wasicso plays in it. The show provided a microscopic view of the story, which is credited to the cerebral writing by David Simon and journalist William F. Zorzi. Oscar Isaac does well in getting into the skin of the character, which helps in raising the dramatic tension all the more, for which he won a Golden Globe for “Best Actor – Miniseries or Television Film.” 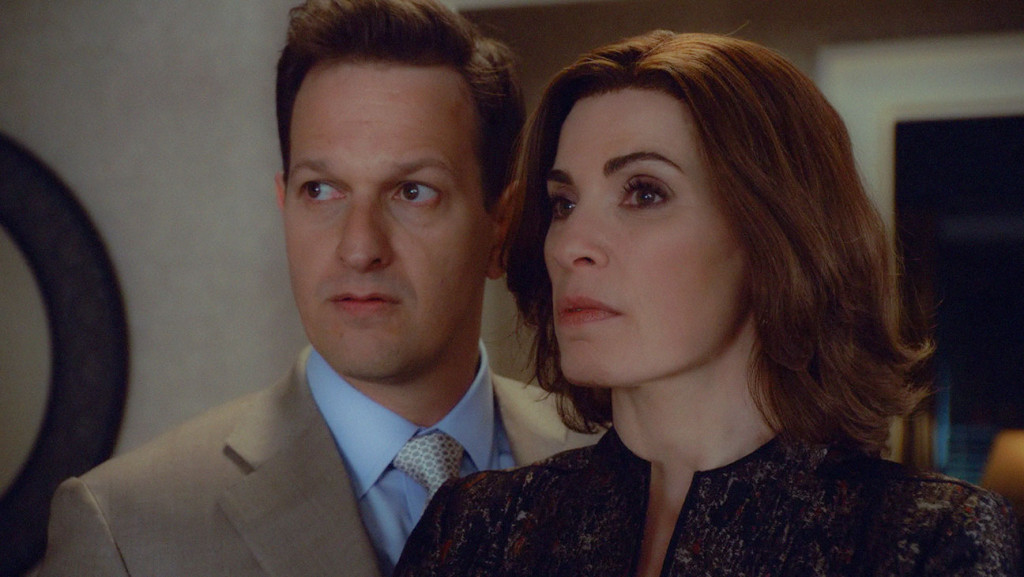 Often cited as the “last great drama” by many critics, ‘The Good Wife’ has been consistent throughout its run of seven seasons. Co-created by Robert King and Michelle King, the political-legal drama follows Julianna Margulies as Alicia Florrick, a woman who has also been a “good wife” to her husband, who is a former state attorney. However, she has to climb the ranks of the legal professional when he is caught in a sex and corruption scandal and is put behind bars. Alicia now has to balance family life and also handle the responsibilities of being a litigator in a law firm. The show intrinsically weaves its narrative with the perceptive view of society, politics, and law. 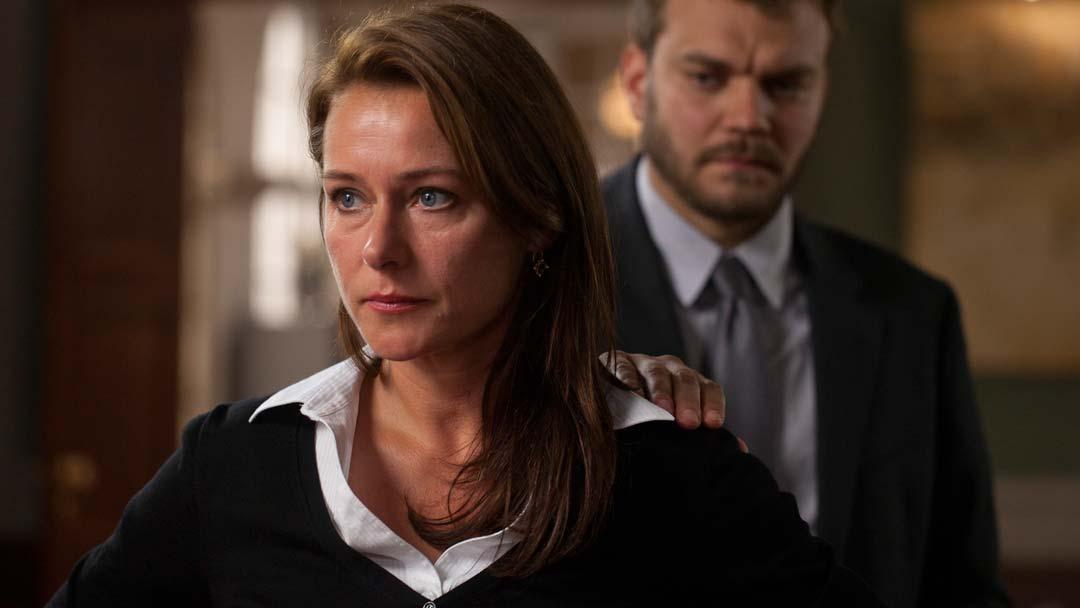 A Danish political drama series, ‘Borgen’ follows Birgitte Nyborg’s rise to the pinnacle of the political world and becoming the prime minister. Created by screenwriter Adam Price, the show chronicles and maps the fictitious political climate along the lines of the political scenario of Denmark. In addition, the narrative infuses the subdued drama with seat-clenching thrills. The show premiered in 2010 and spans over three seasons. The series has been nominated for a couple of awards, such as two “Best International” awards at the BAFTAs, winning one and one Peabody Award, to name a few. With the short number of seasons consisting of just ten episodes, ‘Borgen’ is a good and compact watch. 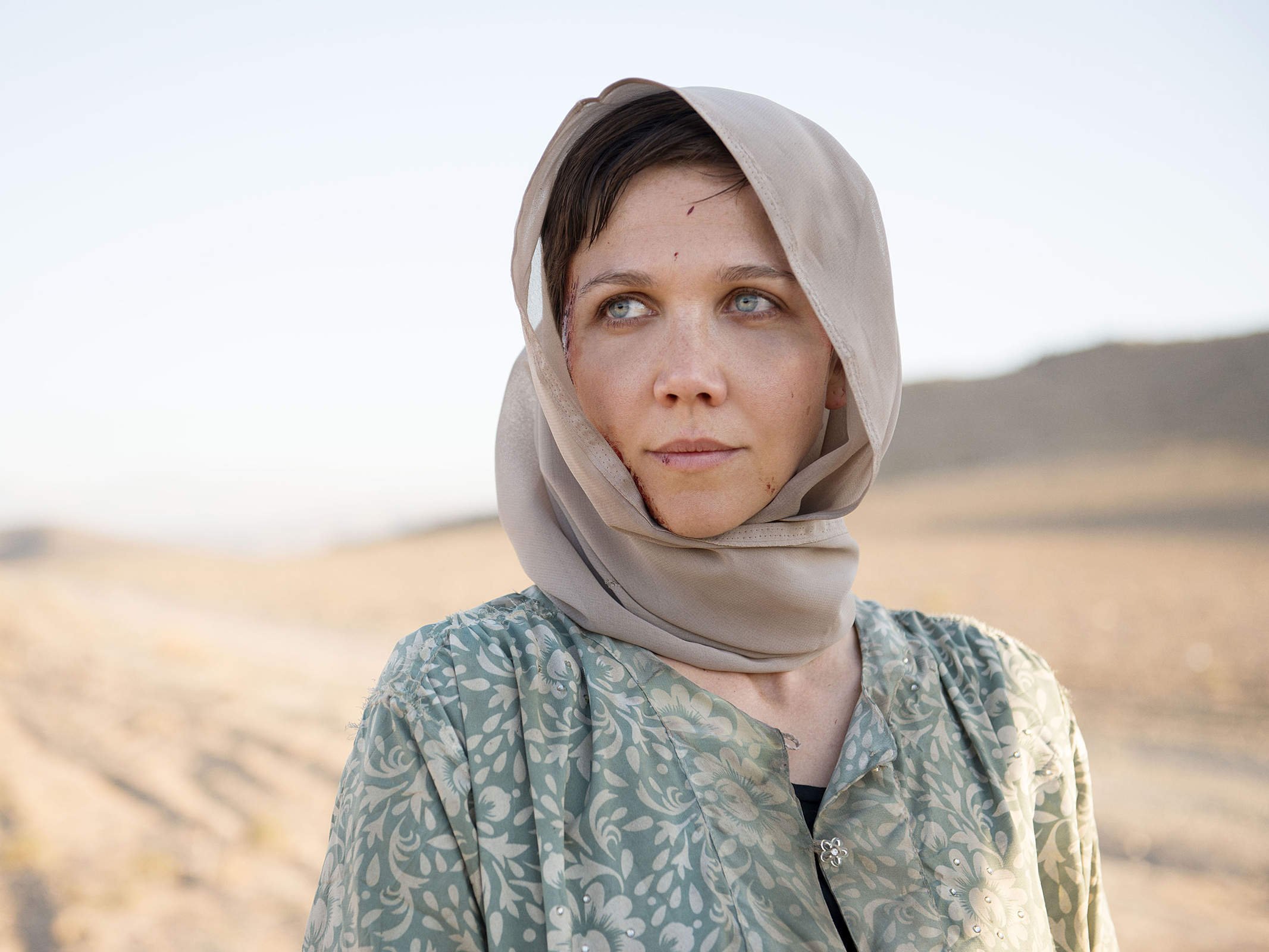 A British political spy thriller miniseries, ‘The Honourable Woman’ stars Maggie Gyllenhaal as Nessa Stein, a woman who inherits her father’s arms business. With this, she finds herself in the midst of international turbulence as she promotes the reconciliation between Israelis and Palestinians. Written and directed by Hugo Blick, the show is compact and compressed, which makes the viewing experience even better. Gyllenhaal wins hearts with her impressive performances as the charismatic and dominant Nessa Stein. The show received rave reviews at the time of its run, with Gyllenhaal and Blick receiving the most praise. The actress received the “Best Performance by an Actress in a Miniseries or Motion Picture Made for Television” at the Golden Globes. The show itself won four nominations at the Primetime Emmy Awards. 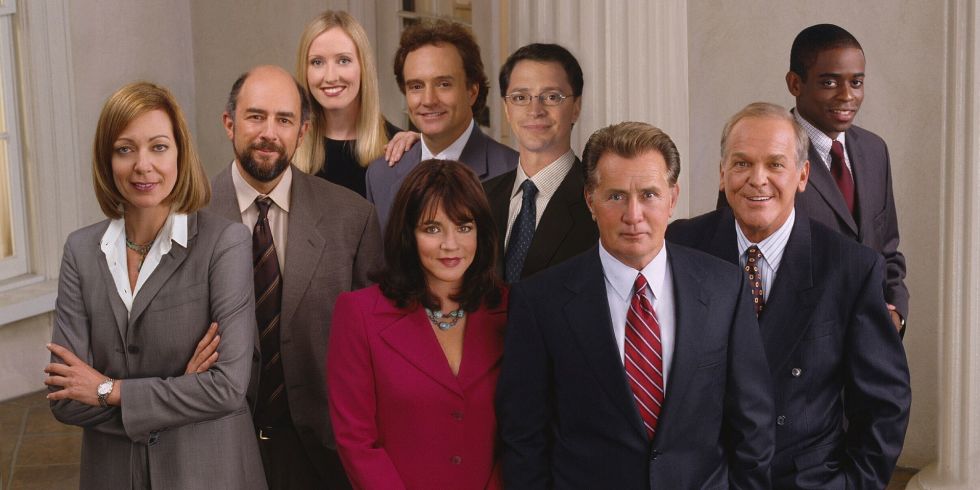 Debuting on NBC in 1999, ‘The West Wing’ has spanned over seven glorious seasons. Created by the dazzling Aaron Sorkin, the show is built upon his unparalleled writing expertise. A serial political drama, the show is in the titular west wing of the White House and follows the lives of its staffers during the fictitious Democratic administration of Josiah Bartlet. Apart from its aforementioned cohesive narrative, the show delves deep into the political ideologies that make the viewing such a realistic and hard-hitting experience. ‘The West Wing’ has been considered as a pioneering work in establishing the political tone for new shows to come. The show’s critical success earned it a number of accolades, namely an Emmy for “Outstanding Drama Series” in 2000, two Peabody Awards, and three Golden Globe Awards. 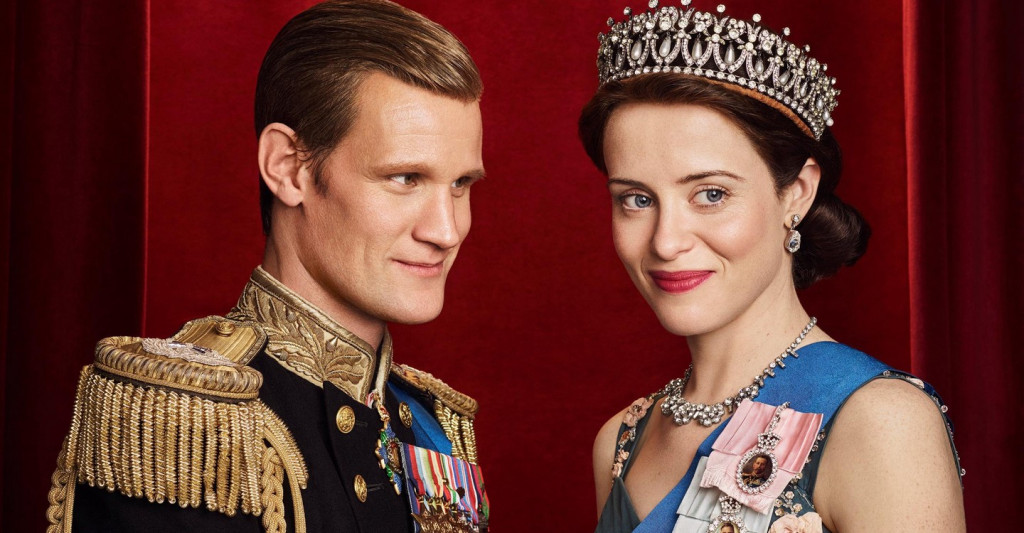 A historical drama, ‘The Crown’ chronicles the pervading political rivalries and life during Queen Elizabeth II’s reign and the events that shaped the second half of the 20th century. The show is created by Peter Morgan, whose writing credits included excellent works such as ‘The Queen’ (2006), ‘The Damned United’ (2009), and ‘Rush’ (2013). Morgan’s vision helps craft one of the most interesting events of one of the most powerful leaders of all time. The writing is then complemented by the performances of Claire Foy as Princess Elizabeth, Matt Smith as Prince Philip, Duke of Edinburg, and Vanessa Kirby as Princess Margaret. 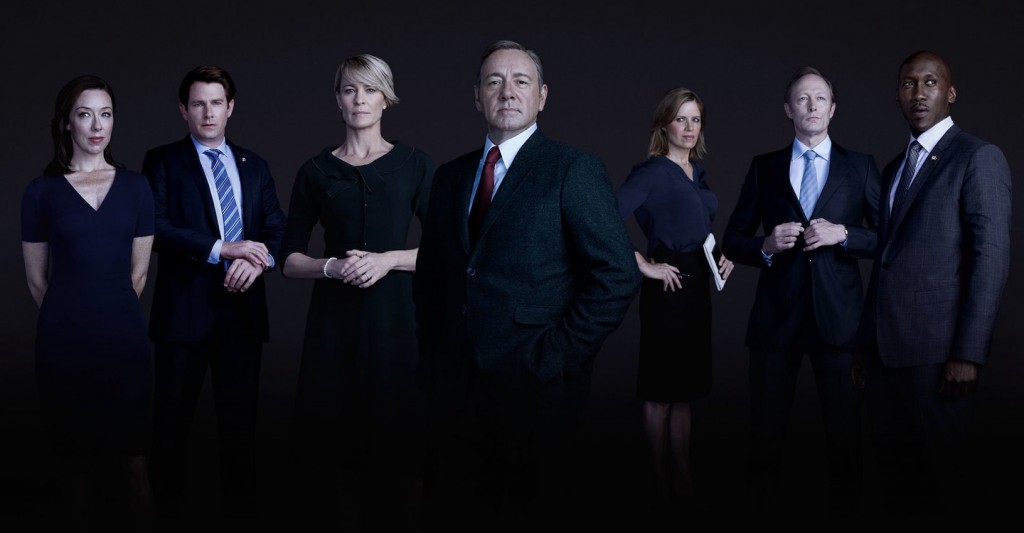 Adapted from the British miniseries of the same name, which ran in 1990, ‘House of Cards’ is a wildly intriguing political thriller. The show is set in the busy Washington, D.C., and follows Frank Underwood, a Democrat from South Carolina’s 5th congressional district and House Majority Whip and his equally ambitious wife, Claire Underwood. When he is passed over for appointment as Secretary of State, Underwood, alongside his wife, starts plotting an elaborate plan to attain power and domination.

The show is steered into brilliance by the dazzling performances of Kevin Spacey and Robin Wright. Aiding them is the solid writing that explores politics, power, greed, and manipulation. The show premiered on Netflix and was one of the first productions to make Netflix a household name. ‘House of Cards’ went on to win thirty-three Primetime Emmy Award nominations and eight Golden Globe Award nominations.