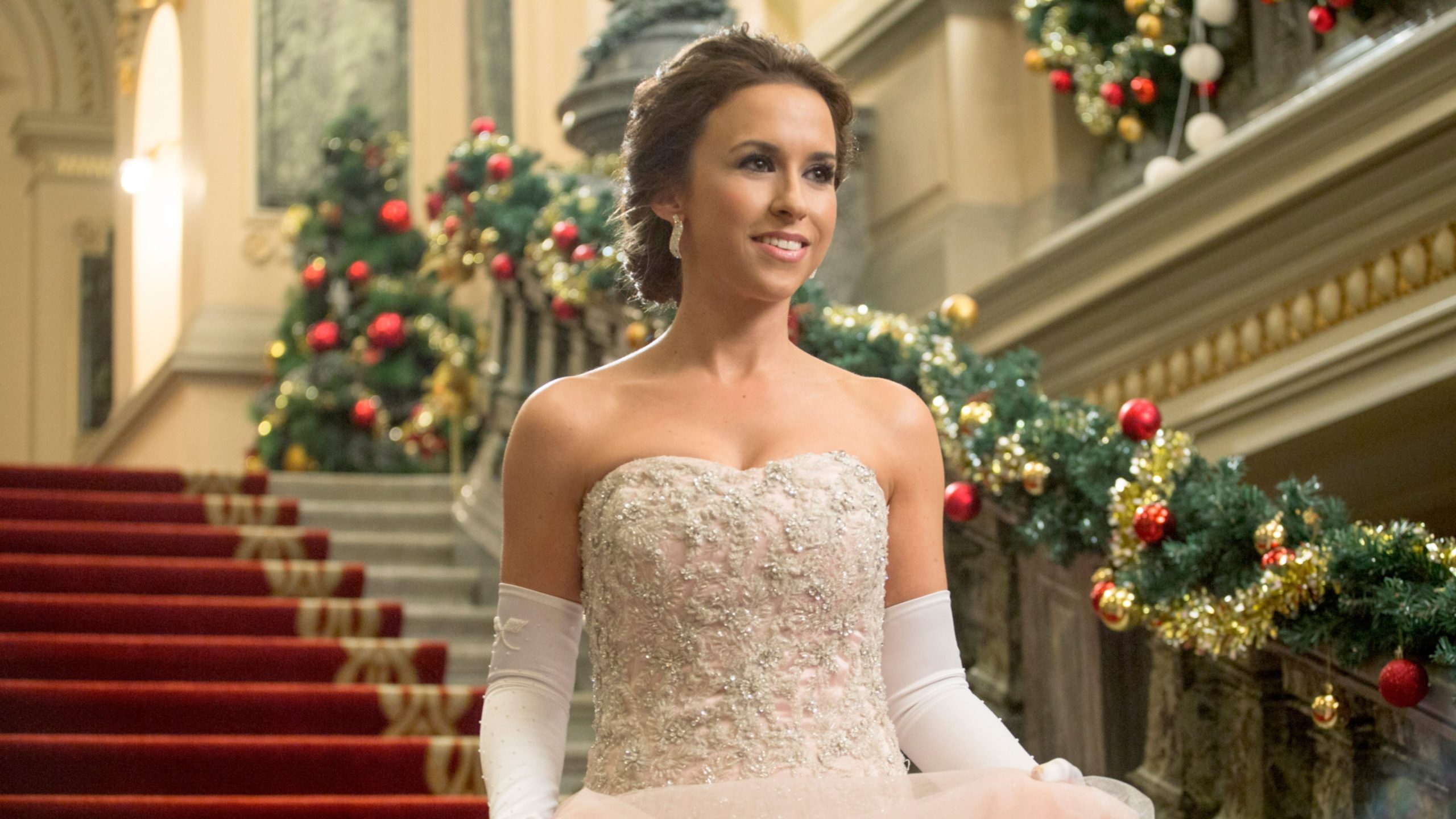 In the Hallmark Channel movie, ‘A Royal Christmas,’ Emily Corrigan is a hardworking and talented young woman based in Philadelphia who is proud of her blue-collar legacy. She is a devoted seamstress who works at her family’s tailoring business. Emily is madly in love with her European boyfriend, but her world changes drastically when Leo tells her that he is actually Leopold, the Prince of Cordinia and the heir to the throne.

Still in shock about the news, Emily agrees to spend Christmas in Cordinia with her royal beau. But Leo’s mother, Queen Isadora, is less than enthusiastic about her son marrying a commoner. The Queen makes Emily feel unwelcome at their grand ancestral castle. Emily feels like a fish out of water among Leo’s royal peers.

But she feels right at home with the butlers, footmen, and maids of the royal household. Struggling to keep up with the demands of being a royal consort, Emily wonders if true love and good intentions are enough to keep their relationship from falling apart. Curious to know where ‘A Royal Christmas’ was filmed and who is in the cast? Here’s all you need to know.

‘A Royal Christmas’ was filmed entirely on location in the European nation of Romania. Considering that many prominent productions have been shot in the country, this should come as no surprise to you. Here are more details about the specific filming locations used in this movie.

Principal photography of ‘A Royal Christmas’ was done in Bucharest, the Romanian capital and the city once known as “Paris of the East.” A place with a rich historical and cultural heritage, Bucharest is famous as the place where Prince Vlad III, “The Impaler” (the real-life inspiration behind Bram Stoker’s Count Dracula), once ruled.

In fact, Castel Film Studios, which is located in the city, is also seen on the list of filming venues. It would interest you to know that a few other movies have also been filmed in Bucharest to date. Some of them are ‘Cold Mountain,’ ‘What Happened To Monday,’ ‘The Nun,’ and ‘Borat.’

Lacey Chabert headlines the cast of ‘A Royal Christmas,’ portraying the role of Emily Corrigan. Chabert is well known for her roles in ‘Mean Girls‘ and ‘Ghosts of Girlfriends Past.’ Playing her European prince, Leopold of Cordinia, is actor Stephen Hagan. Hagan has not done a lot of acting work and is, therefore, relatively unknown.

However, you may have seen him in ‘Medici’ or ‘Stan Lee’s Lucky Man.’ Jane Seymour (of ‘Dr. Quinn, Medicine Woman’ and ‘Live and Let Die’) plays the role of the Queen of Cordinia and Leo’s mother. Katherine Flynn (‘Chloe and Keith’s Wedding’) plays Leopold’s ex-girlfriend, while Simon Dutton (‘Jupiter Ascending’) portrays Victor, the royal butler.