‘Aileen Wuornos: American Boogeywoman’ follows the chilling story of a serial killer’s early days as she slowly goes from being a petty criminal to a full-fledged murderer. Recounted by an older version of the protagonist from prison, the story plays out like a crime thriller, only the audience sees everything from the killer’s perspective.

The postscripts at the end hint at the film being steeped in reality, but there are still some burning questions that remain about the fates of Aileen’s unsuspecting benefactors. The circumstances of the disturbed central character’s eventual arrest also remain murky. Ready to take a closer look at the dark climax of ‘Aileen Wuornos: American Boogeywoman’? SPOILERS AHEAD.

The film opens with a middle-aged Aileen being interviewed by a British reporter named Peter the day before she is to be executed. She begins telling him of one of her many “exploits” but is interrupted by Peter saying that, considering it is her last interview, perhaps she has an as-yet unshared experience she wants to talk about. Aileen scornfully launches into the story of how she came to be married to a wealthy yacht club president and, through flashbacks, we are introduced to a young, twenty-year-old Aileen. 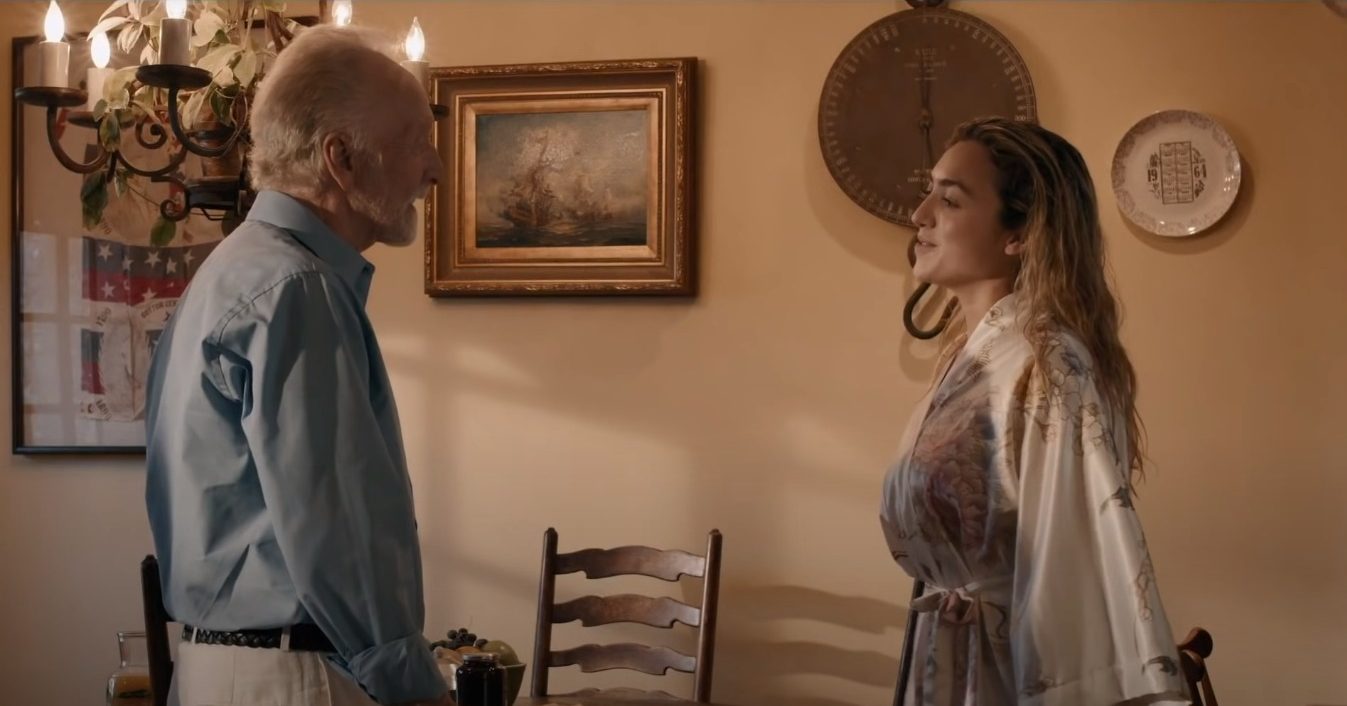 Making ends meet by working as a prostitute and having to put up with abusive men on a regular basis has made Aileen tough, and she is surprised when a girl from the beach named Jennifer invites her home. Jennifer turns out to be the daughter of a wealthy yacht club president, and sensing opportunity, Aileen seduces the elderly Lewis Fell. To Jennifer’s horror, her father and Aileen quickly get married. However, Lewis’ young bride is unable to stay out of trouble and gets arrested on the night of their wedding for getting into a fight.

As Aileen continues to siphon money from her elderly husband, his accountant, Victor, learns of Aileen’s disturbing past and confronts her. When he offers her a payout to leave quietly, Aileen shoots him, and then his son, Grady, who has tried to molest her on two separate occassions. She then goes to the bank and attempts to empty all of Lewis’ accounts, not knowing that he is on to her and has moved his money elsewhere. Aileen also briefly encounters her brother, Keith, who tries to blackmail her about the murders she’s committed but quickly becomes one of his sister’s victims.

Aileen Wuornos: American Boogeywoman Ending: What Happens to Aileen in the End? Does Aileen Drown?

As Jennifer and her boyfriend Mitch try to uncover Aileen’s past, they manage to track down her mother, who works at a diner. She warns the couple about how dangerous Aileen is. Meanwhile, Lewis confronts his young wife at home for stealing money from him and attempts to call the police, only to then get assaulted by Aileen. Jennifer and Mitch return home to find Lewis badly injured even as Aileen tries to leave. A struggle ensues and concludes with Aileen falling off a boat and into the water. Knowing that she can’t swim, Lewis and Jennifer think that she has drowned. 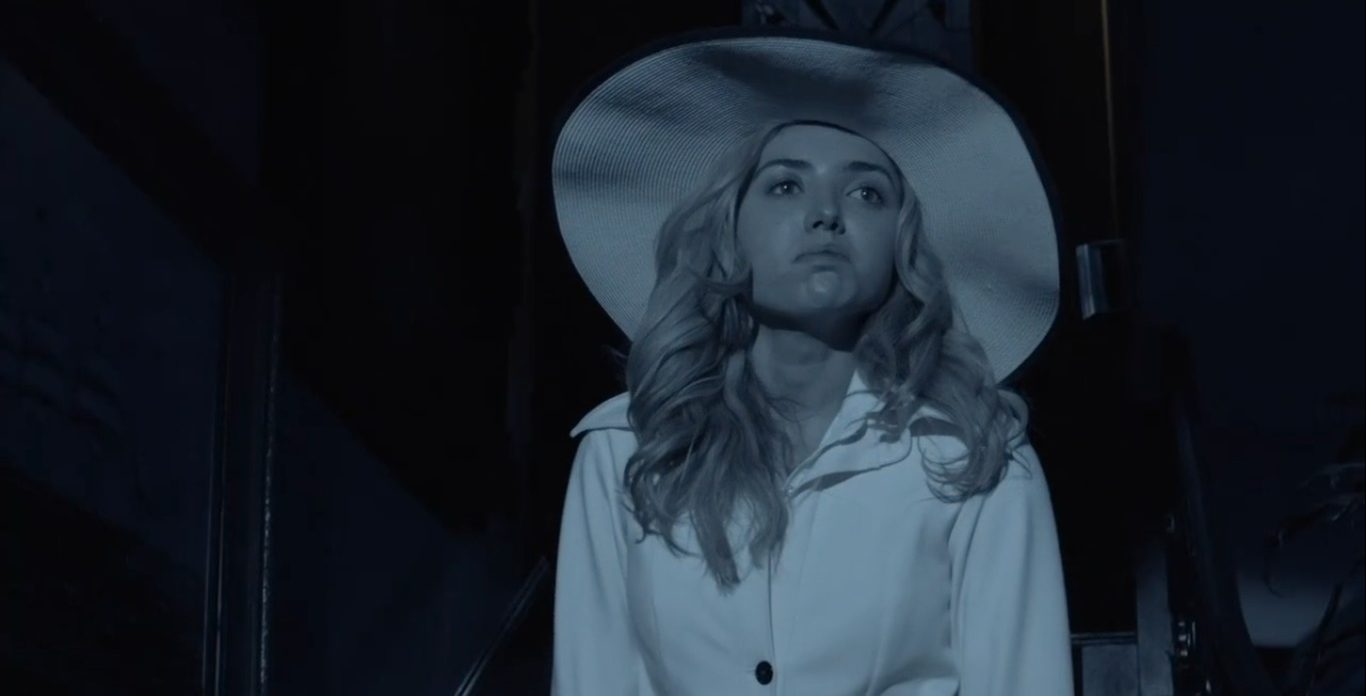 Back in the present, the middle-aged incarcerated Aileen explains that she got lucky and floated down the river. Soon after using up the money from her late brother’s life insurance policy, the young Aileen returns to being a prostitute. As the film ends, the present-day Aileen gets agitated and screams that the “system” has sabotaged her. We then see her walk towards her execution with a faint smile on her face, followed by postscripts describing what happened to the real-life Aileen and Lewis.

And so, at the end of the flashback narrative that follows young Aileen, the protagonist survives. Despite being deathly scared of water, she eventually gets out of the river and conveniently manages to wipe the slate clean (sort of). Lewis and Jennifer seemingly get convinced that Aileen has drowned and stop pursuing her, allowing the protagonist to pick up where she left off and continue living at large.

Of course, we know that Aileen eventually gets arrested because we see the middle-aged version of her in prison. The fact that she’s awaiting execution also likely means that her murders are discovered, though the troubled protagonist likely commits additional murders after leaving Lewis. In the end, Aileen is executed by lethal injection, and the postscripts confirm as much.

Who is Aileen Speaking to in Prison?

Aileen is speaking to a British reporter named Peter, who is conducting her last ever interview. It is the day before her scheduled execution, and the journalist hopes to get some stories that the heavily publicized serial killer has not shared before. For the most part, he is disappointed as Aileen insists on regaling well-known events of her life, like her time with Lewis Fell. Aileen also seemingly embellishes her story, as Peter politely reminds her of the facts. This is a subtle nod at how Aileen’s life story is completely hijacked by the media and entertainment industries for profit. 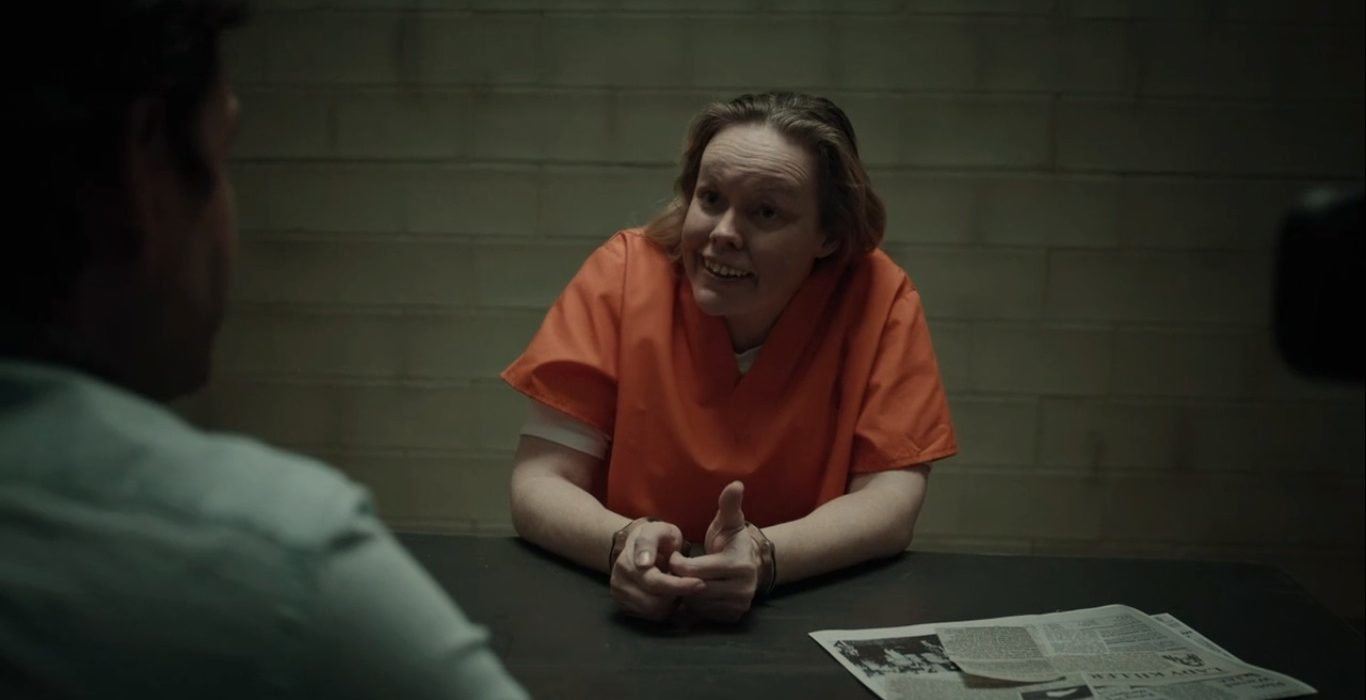 The protagonist, too, angrily points out how she is being exploited to “sell” stories and that Peter is not really interested in the truth. Interestingly, Aileen’s conversation with Peter, which forms the narrative backbone of the film, is seemingly inspired by the real-life “last interview” that Aileen Wuornos had with British documentary-maker Nick Broomfield for the making of his movie — ‘Aileen Wuornos: The Selling of a Serial Killer.’

Are Lewis Fell and Jennifer Dead or Alive?

Lewis Fell and Jennifer become completely blameless and unsuspecting victims of Aileen’s vicious, self-serving ways, which, to be fair, are fuelled by a lifetime of mistreatment. When Lewis confronts Aileen about the money she has taken from his bank accounts, he doesn’t expect to undergo physical harm until it is too late. Aileen assaults her frail benefactor with his walking stick, and Jennifer arrives to find her father grievously wounded. 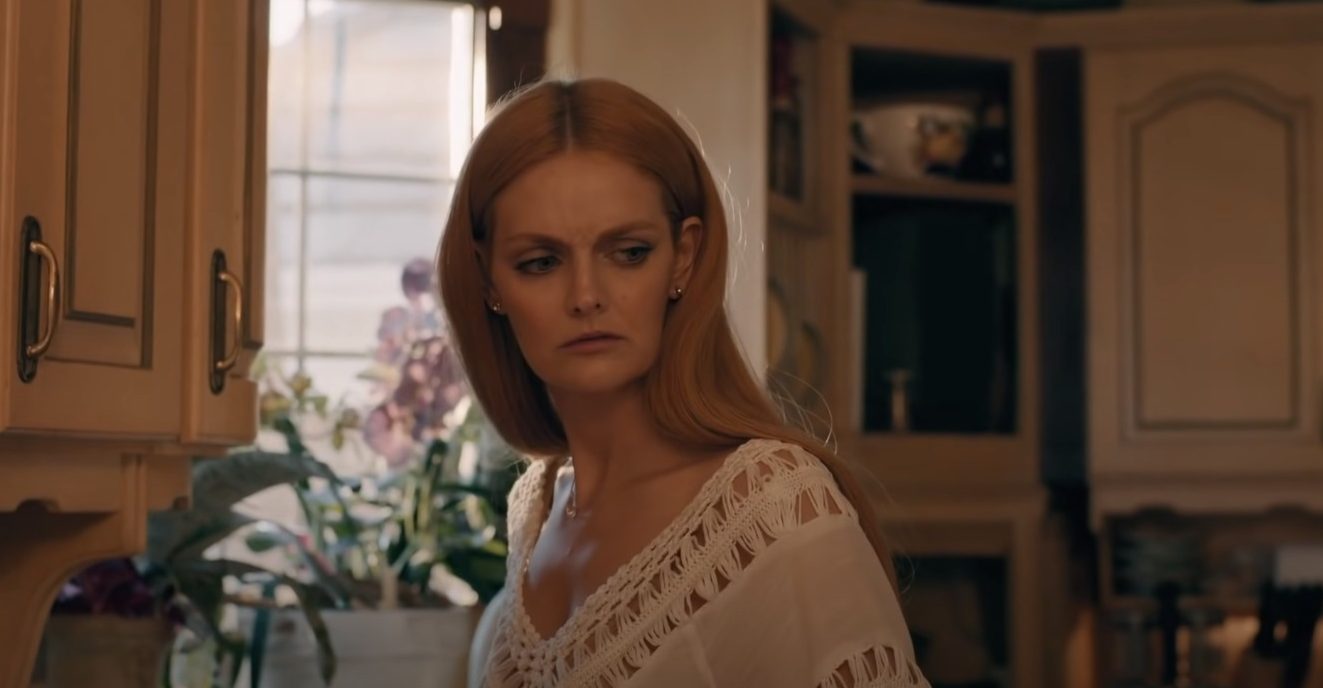 However, Lewis seemingly recovers from the head injuries he sustains from the ordeal and lives. As the postscripts inform us, the real-life Lewis Fell went on to live into his 90s. In the film, Jennifer also survives her brief struggle with Aileen in the pool and is relieved when her father shows signs of being lucid despite his injuries. Thus, the protagonist doesn’t kill anyone in the Fell family but does slay their accountant and his son.