Alice in Borderland Season 2 Ending, Explained: What Are the Borderlands? 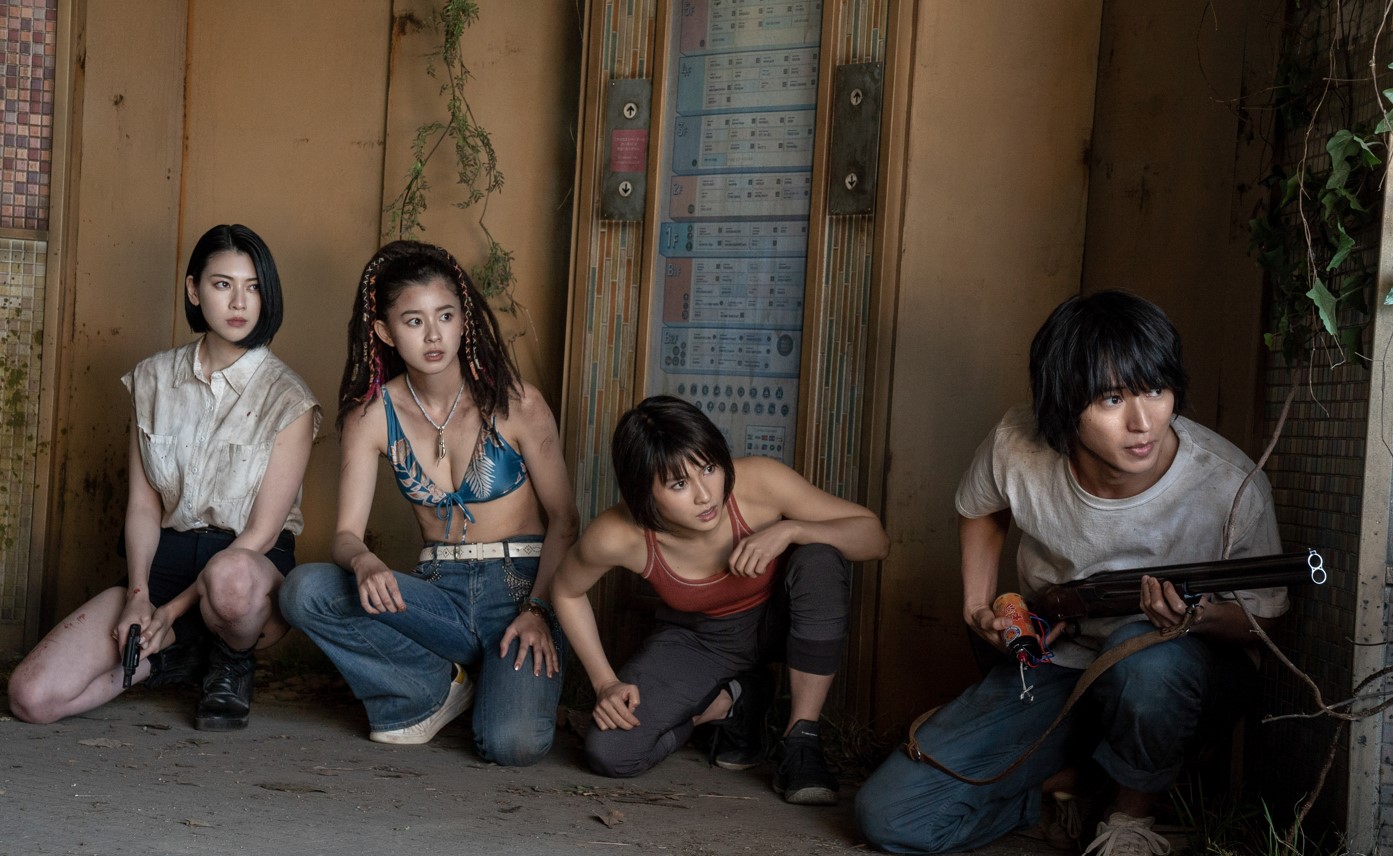 Based on the popular Japanese manga series of the same name by Haro Aso, ‘Alice in Borderland’ is a Netflix survival action thriller series. The plot mainly revolves around Ryohei Arisu (Kento Yamazaki), who arrives in a mysterious world along with his friends Karube (Keita Machida) and Chota (Yûki Morinaga) and discover that if they want to survive there, they must play various deadly games. Four suits of cards represent four types of games. Hearts mean psychological, spades stand for strength, diamonds refer to intelligence, and clubs represent teamwork.

In season 1, the players almost exclusively play the number card games, with higher numbers signifying more difficulties. In season 2, the focus shifts to face cards. Although Arisu has lost Karube and Chota along the way, he has found new friends and allies, including Yuzuha Usagi (Tao Tsuchiya), a former mountain climber, and holds on to the hope of returning to the old world. Here is all you might want to know about the ending of ‘Alice in Borderland’ season 2. SPOILER AHEAD.

The second season starts where the first season 1 ends, with the beginning of the second stage of the game. Unlike the first stage, there are no fractions such as Players and Dealers. Whichever group wins — in this case, that’s the players — must compete against the Residents of the world. There are 12 Residents representing all of the face cards. Their presence is made known to the players through their respective blimps, which carry the gigantic flags representing them.

Among the face cards, Arisu, Usagi, and their friends first encounter the King of Spades, arguably the most powerful and lethal participant of the game, who can use the entire city as his hunting ground. The King of Spades is Isao Shīrabi, a mercenary suffering from PTSD. To get away from him, Arisu and the others take part in the game hosted by the King of Clubs, who turns out to be the head of a music group.

Throughout the entire experience, Arisu can’t help but wonder where he is now. He clings on to Hatter’s belief from the previous season that if a player succeeds in collecting all the cards in a deck, they will be allowed to go home. Believing that the face carders, who call themselves the Residents, might know something about the world and why they are there, Arisu continues to ask every face carder he meets about it. However, none give him a satisfactory answer.

Arisu also suffers survivor’s guilt, constantly wondering why he is alive when his friends are dead, adding to the effects of his already existing depression. Despite this and the fact he had a less-than-perfect life in the old world, he hopes to go home. At first, it is to honor those who have died, but as the second season progresses, he develops a genuine desire to live and continue his life.

Usagi’s presence also helps, though she has her own share of issues that she must overcome. Because of her father’s death, she isn’t sure whether she wants to go back to the old world. But like Arisu, she learns to face the realities and dangers of life through the game. And this is true about every single participant that remains — from Ann to Chishiya to Kuina to Niragi. They continue fighting for their own reasons. Some want to go back, and some want answers. There are also a few who want both. They take down the face carders one by one, collectively working on completing the game.

Aguni is revealed to be alive. When Arisu encounters him, Aguni has teamed up with a high-school girl named Akane and is trying to take out the King of Spades. It takes Aguni, Arisu, Usagi, Akane, Kuina, and Ann’s collective effort to bring down Shīrabi. Kane, Kuina, and Ann all suffer fatal injuries during this encounter, and Ann seemingly dies.

In the season 2 finale, Arisu and Usagi play the final game, hosted by the Queen of Hearts or Mira Kanō, who used to be a psychologist in the old world. She almost succeeds in making Arisu believe that he is in a mental health facility after having a breakdown following the deaths of his friends and that everything that he has experienced in the Borderlands is falsehood conjured by his brain as a coping mechanism. Fortunately, Usagi is there and helps him see the truth. Arisu breaks free of Mira’s control and survives the game without forfeiting, completing the deck for the players.

Alice in Borderland Season 2 Ending: What Are the Borderlands?

The part “Alice” in the show’s title refers to Arisu, whereas the Borderlands is the name of the world where Arisu, Usagi, and the others find themselves. Season 2 provides the viewers with some answers about what really happened to these characters.

During the final game, Mira offers several possibilities about where they are, though none of that is true. It turns out that a meteorite exploded over Tokyo, causing widespread destruction centered around a 10 km radius. These are the fireworks that Arisu and the others saw before coming to the Borderlands.

When Arisu returns to the old world, he regains consciousness after suffering from a cardiac arrest and being clinically dead for a minute. And this is true for everyone else who survives, including Usagi, Akane, Kuina, Chishiya, and Niragi. Even Aguni and Ann make it out alive, though their condition, especially of the former, remains critical.

At the end of the game, every player is offered two choices: they can either stay in the Borderlands and become a Resident to host the games, or they can leave. While many choose to return to the old world, some decide to stay.

As the name of the place indicates, Borderlands is a world that exists on the border between life and death. It is the place where everyone who suffers a clinical death or undergoes near-death experiences is sent. These “immigrants” are then forced to play brutal games to determine whether they can return to the world of living or die permanently or become a resident of the Borderlands.

Who Is the Joker?

In the final scene of the season, a gust of wind blows away all the cards on a table, leaving behind the Joker card, the representative of which never appears in the show. This is not the case in Aso’s manga series, where Arisu encounters the Joker right before he is sent back to the old world. Shrouded in darkness, the Joker is clearly not human. They ask Arisu whether they look like God or Devil to him.

Although Arisu never says it, he envisions the entity as the ferryman helping the dead cross the Sanzu River. In the Japanese Buddhist tradition, the Sanzu River has a similar role as Vaitarani in Hinduism or the River Styx in Greek mythology. So, according to Arisu, the Joker is more like Charon than God or the Devil.

Do Arisu and Usagi End up Together?

Right before he arrives in the old world, Arisu sees his two friends once more and promises them that he will live his life to the full extent. In the world of the living, Arisu, like everyone else, has forgotten what transpired in the Borderlands, but when he sees Usagi, something triggers in his mind, telling him that he has seen this person before. It’s the same for Usagi as well.

Even though they don’t remember much about each other, their instincts bring them close. As the season ends, Arisu and Usagi walk out into the sun to spend some time together.

In the final chapter of the manga, two years have passed since the meteorite disaster. Japan faces a recession, and the people continue to be plagued by a multitude of problems. But it seems Arisu and Usagi have kept their promises to each other even though they don’t remember making them. They are together, they are happy, and they continue to live their lives to their full potential.

In ‘Alice in Borderland: Retry,’ a direct sequel to ‘Alice in Borderland,’ Arisu has another near-death experience and ends up back in the Borderlands. It doesn’t take him long to remember everything. However, unlike the last time, he resolves to return to the world of the living immediately, as Usagi, who isn’t there with him this time, is pregnant and about to give birth to their child. And he does, reuniting with his wife and meeting his newborn daughter.

Read More: Where is Netflix’s Alice in Borderland Filmed?