Ah Looney Tunes. We all grew up watching this cartoon show when we were kids right? All those hours went in getting hold of that TV remote and watching our favourite TV show all day long! Warner Bros did a terrific job creating these famous animated characters during the golden age of animated cartoon shows between 1930-1969 as a result of which, Looney Tunes became a worldwide phenomenon spawning several episodes, films, advertisements, and even amusement park rides where the characters have rides named after them. What makes Looney Tunes so iconic is because it’s entertaining, quotable and plain hilarious. The characters are quirky and lovable and they delivers in terms of humor, creative character traits, flaws, popular catchphrases and outrageous personalities which makes the show worth watching every penny.

Looney Tunes has played such an important part of our lives. Generations of people have watched this show and it has also inspired other cartoonists due to its universal appeal and charm which cannot be matched. Why even Disney’s Micky mouse TV show could not match the immense popularity of WB’s Looney Tunes. Now since there are a LOT of characters involved in Looney tunes, we have chosen those ones which stands out in terms of appeal, popularity, significant character traits, their positive influence and the impact on the watching audiences. Here is the list of best Looney Tunes characters ranked. Oh and by the way, which Looney Tunes character are you? 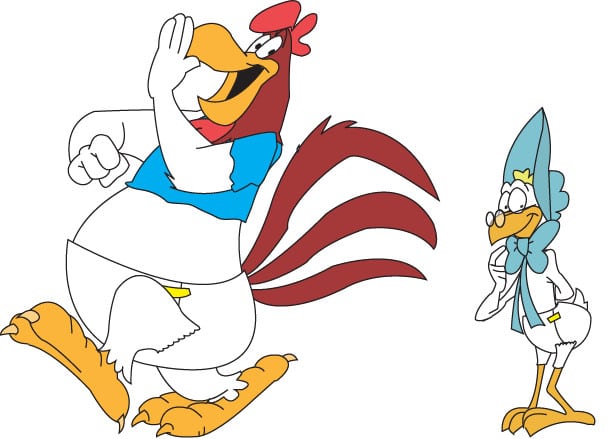 As a kid, probably no one really understood what Foghorn ever spoke as he’s often blithering away any nonsense in a Southern accent. What makes him so likeable is due to the fact that he’s so mischievous and exceedingly clever in setting more creative traps. He’s been in so many hilarious situations like messing with the Barnyard Dog and Henry Chicken Hawk from eating him. He delivers such good puns and jokes which makes him such a well-written and charismatic character. 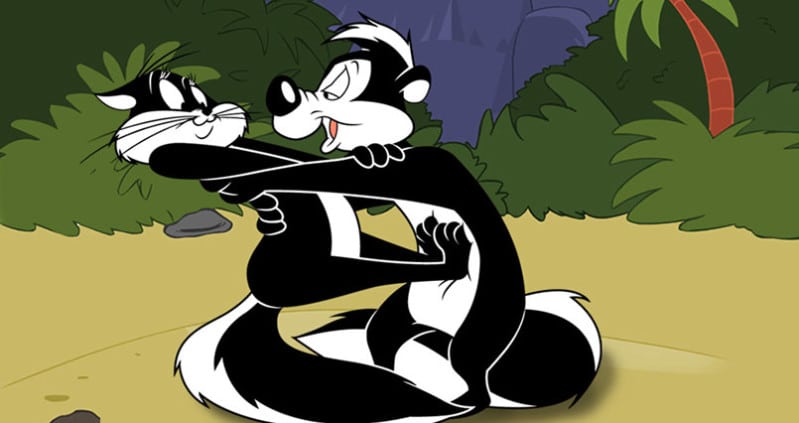 Yup we all remember this smelly skunk who also happens to be a sleazy bastard as he’s often seen trying to flirt with his love interest Penelope Pussycat despite having so many ex-wives! Still to his dismay, we have yet to see her fall for his charm. Still you gotta admire his determination in finding a romantic partner and does not take no for an answer. To all those guys who may be facing a similar dilemma when it comes to facing your romantic interest, seriously take some notes from this skunk! 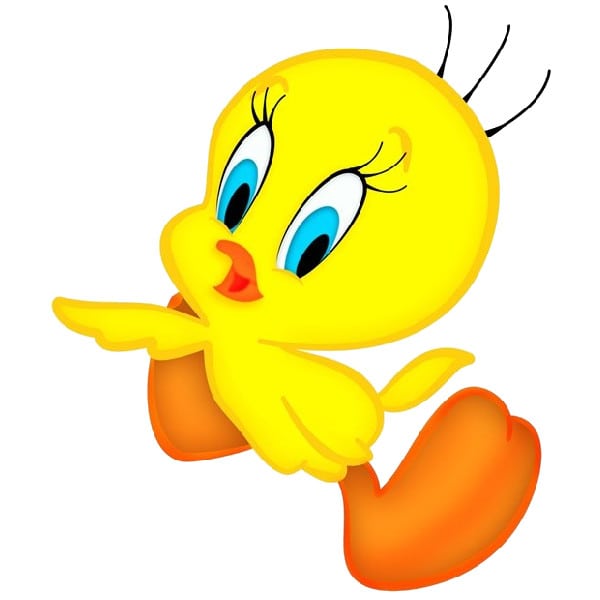 This canary may appear to be cute, innocent, simple-minded, child-like with his long lashes and a high-pitched voice and his act of saying words that are out of his vocabulary but don’t let that fool you as this bird is crafty as hell. While we often see Sylvester the cat attempting to eat Tweety, this canary has indeed caused him a lot of pain. To be honest, we all wished Sylvester really succeeded in eating this damn bird! 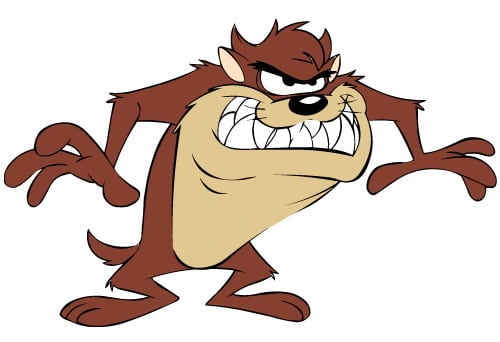 With an evil grin displaying his wicked white teeth, it comes as no surprise why this Tasmanian devil happens to be one of the most wildest characters of the entire bunch. He spins so fast that he probably travels faster than the speed of light! Taz will chop anyone who stands in his way as his sole motivation is to eat other animals which is why the other characters fear him. Still, all of us love him because he can’t speak properly, spouts weird noises and makes fart sounds with his tongue! There’s no doubt that Taz remains to be one of the most craziest characters on this show and has gone on to influence other cartoon characters in the following years. 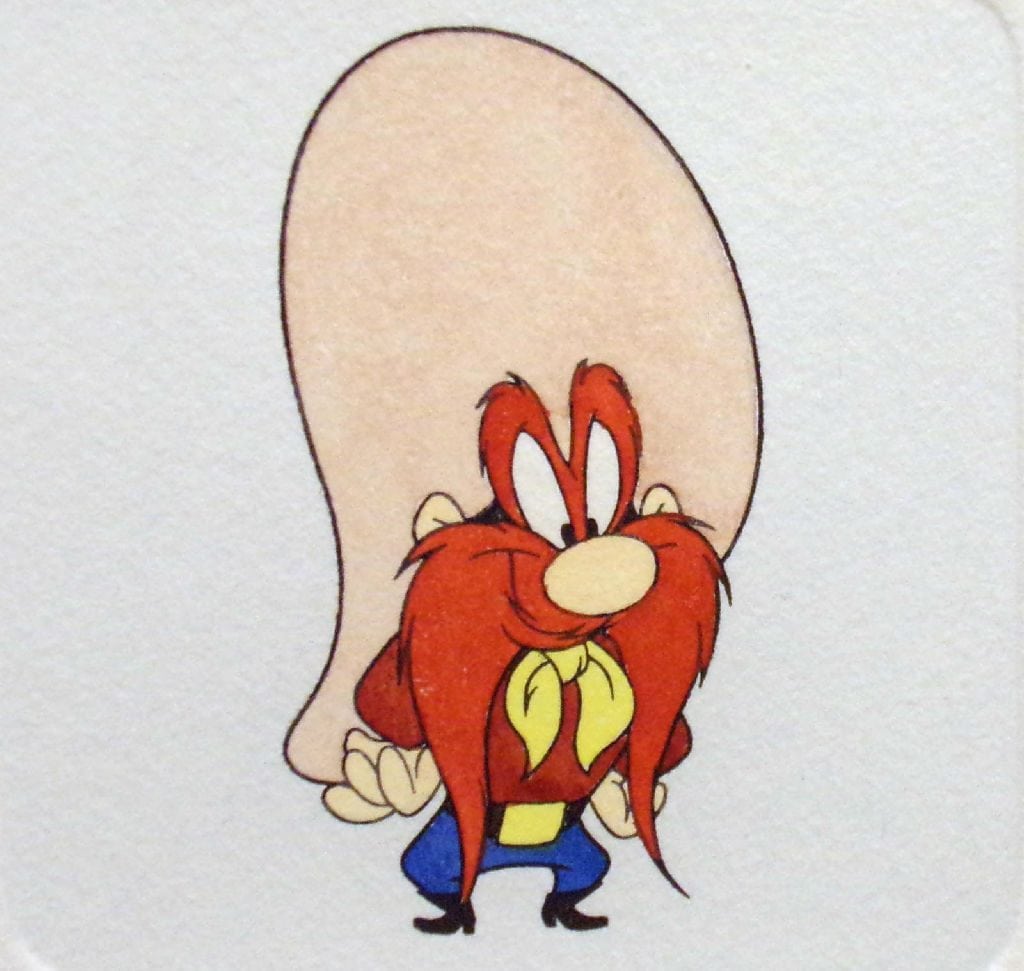 Stuttering with a Southern accent, Yosemite Sam is indeed very funny! He’s extremely stubborn, ill-tempered, a liar, a cheat, selfish and impatient but yet we love seeing him lose his temper in the stickiest of situations as he proves to be so hilarious. Yosemite Sam has only main motivation: to shoot Bugs Bunny, his greatest rival and we love how his adventures featuring trying to hunt down Bugs turn to be so entertaining. 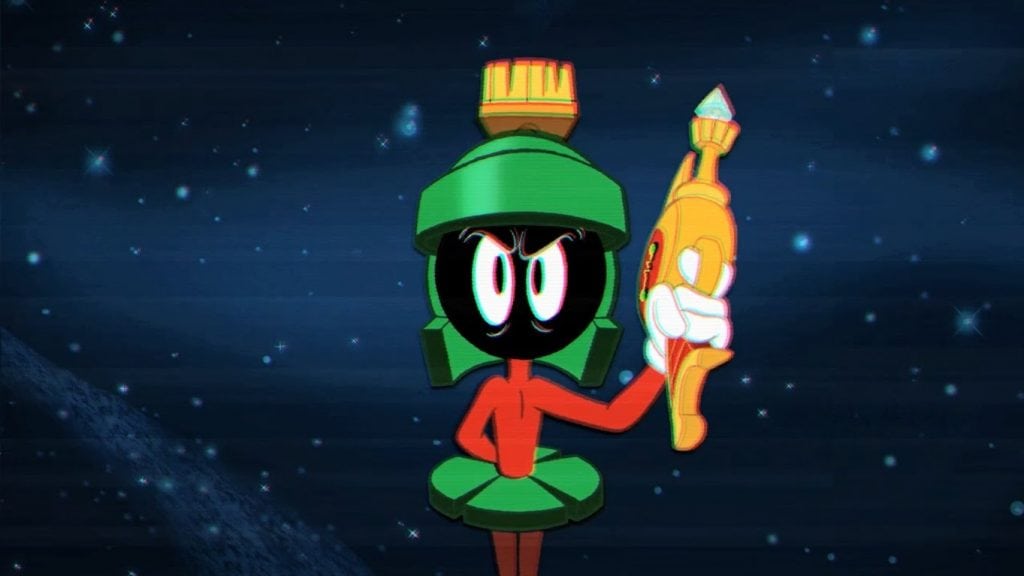 One of the quietest of all the Warner Bros villains, Marvin is very clever and soft-spoken as he’s downright destructive and legitimately dangerous. With his laser pistol and a nerdy demeanor, it might lead you to believe that he;s gonna succeed in getting his most nefarious of all plans work but yet ends up getting foiled every time which is just fun to watch. Even though Marvin is a diabolical mastermind, there’s something about him which makes him so appealing. No matter how deadly his plans may look, still we can’t take him seriously. Just look at him, he looks so darn cute! He’s indeed a very popular fan favorite among all Looney Tunes followers. 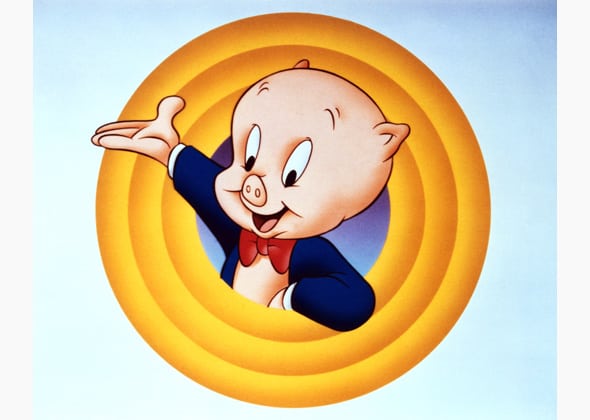 Porky is a pig with a very happy-go-lucky attitude and a boyish innocence. But still, this pig can loose his cool very easily if annoyed as we get to see how far can he get to his boiling point. What makes him so hilarious and adorable is due to his stuttering habit like spouting out the words “dee-duh-duh”. For example, he replaces words like “What’s going on” to ‘What’s gug-gug-guh…happening”. It’s due to these little traits that make him so adorable which is why he claims the No 6 spot on our list. 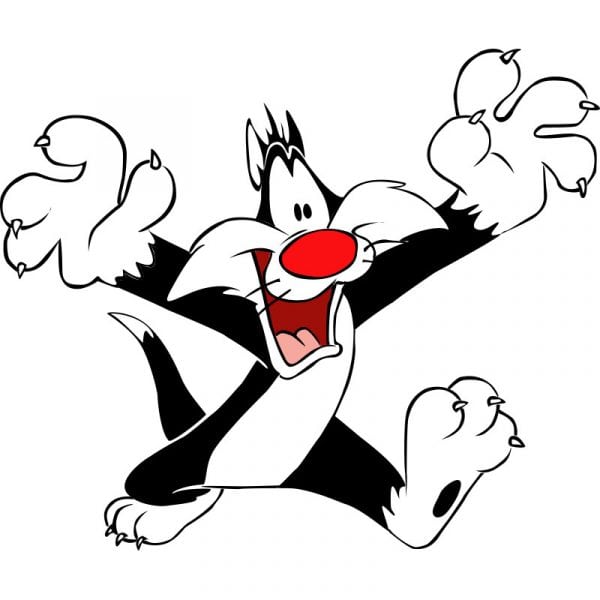 Just like Tom’s obsession with capturing and eating Jerry, Sylvester too has a quest for eating Tweety the bird which he never succeeds in doing. You gotta love the fact that he lisps a lot with his catchphrases like “You’re despicable” and “Suffering succotash!” A lot of people will relate with Sylvester’s struggles as he serves as a gentle reminder why sometimes our goals can never get accomplished and will always end up failing every time we have a plan which ultimately backfires. And yet, we are guilty of laughing at his failures! 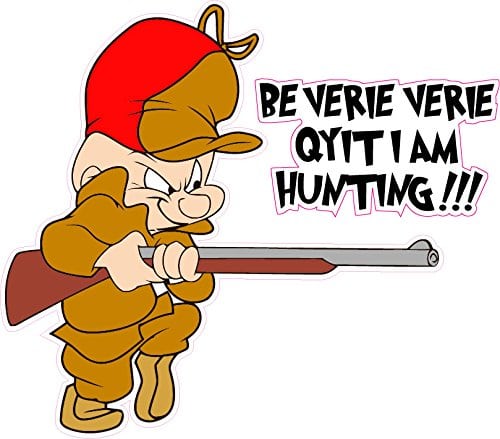 Being the most dim-witted of the entire lot, Elmer Fudd is very gullible and funny at the same time. Known for his famous catchphrases like the one mentioned in the above picture, Fudd has a habit of replacing his R’s with his W’s as a result of which he refers to Bugs Bunny, his mortal enemy as “scwewy wabbit”. Elmer Fudd has one sole passion: to hunt (especially for fun) although he’s a vegetarian. Still, he ends up injuring himself quite seriously and all those around him which is too funny to watch. Elmer Fudd is such a big rival to Bugs as Captain Hook is to Peter Pan and Shredder is to the Ninja Turtles. 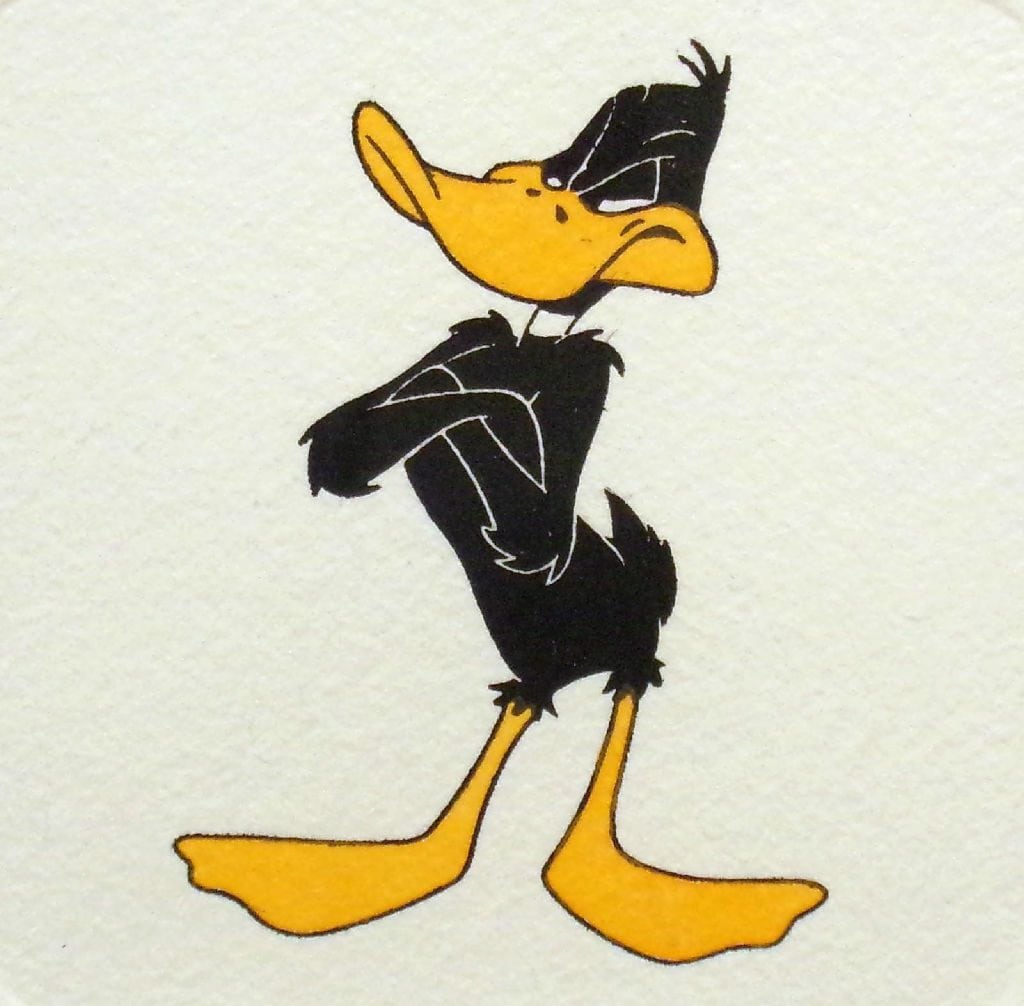 Extremely narcissistic to the point that he’s actually tremendously insecure, Daffy Duck is known to be the biggest loser in the entire TV show. This is due to the fact that he has such a big ego where in his own world he thinks himself to be so wise but in reality, he’s extremely greedy, gets so competitive with Bugs, is so self-centered and has high hopes that he will succeed in his plans but ends up failing miserably. We can all relate to Daffy as we want him to succeed in his difficulties but can’t admit that we ourselves can sometimes not be successful. Still, Daffy has proven to be very entertaining and funny indeed.

2. Road Runner and Will E Coyote 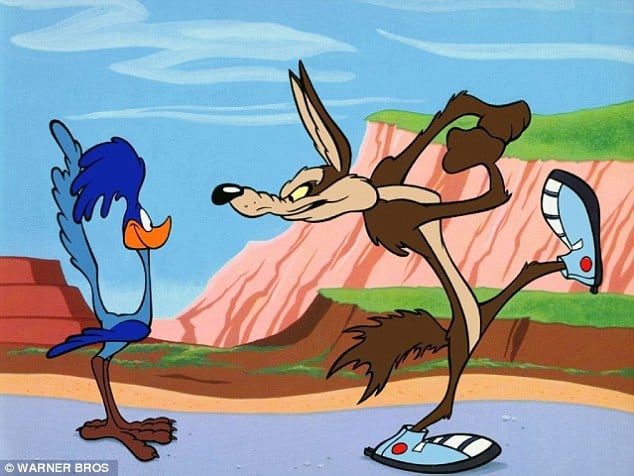 The reason why these two have been put together as not only they have an entire show devoted to them, these two are just made for each other as they truly are the embodiment of the word “chase”. In every episode, we’re made to see Will E Coyote in his quest to capture Road Runner and eat him which almost never happens. We always have felt a little sympathetic towards the coyote as he devotes his entire life to capture the Road Runner who with his motor car sounds and his “beep-beep!” proves to be too fast for the coyote. Doesn’t the Road Runner remind you of that one annoying young sibling whose sole purpose is to annoy the crap out of the older siblings? No matter what creative lengths the coyote goes to setting booby traps for the Road Runner, it always ends up backfiring on him. That iconic scene where in most cases, the look of despair tells on his face when he realizes he’s no longer on the edge of the cliff will always be etched in our memories. No matter how repetitive the show might get, we simply love watching these two! 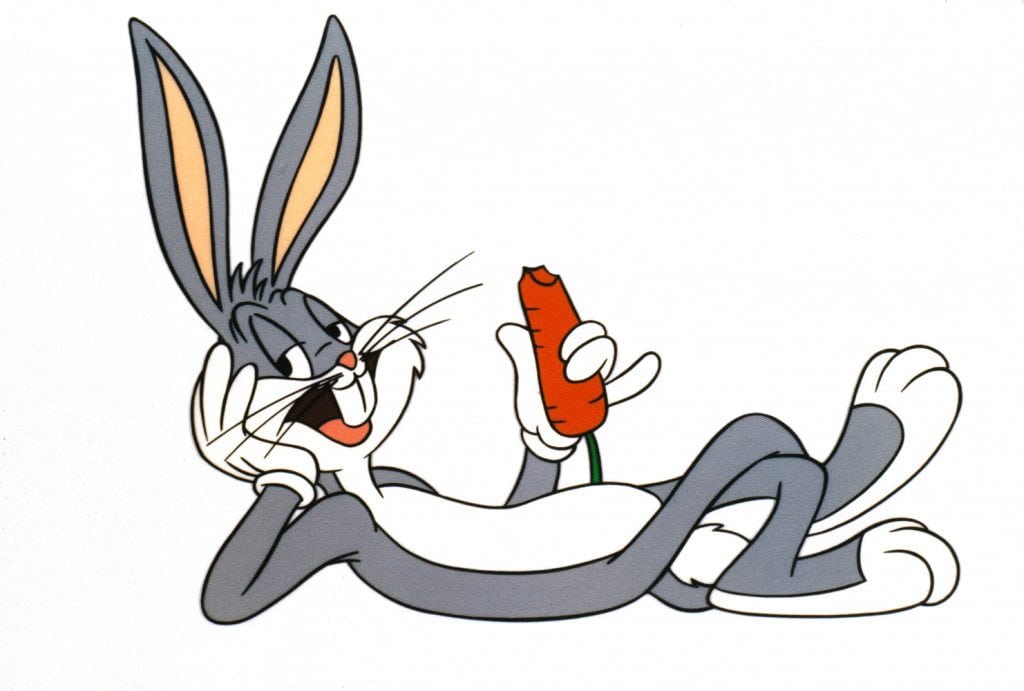 Bugs Bunny is undoubtedly the highlight of the entire show. He boasts of such a star power and a universal appeal that he makes Disney’s Mickey Mouse look even less significant. Known for his popular catchphrases like “What’s up Doc?” and his habit of chewing carrots, Bugs is involved in almost all the episodes of Looney Tunes i.e, that rabbit’s everywhere like in space, oceans, forests etc. Bugs has plenty of enemies like Fudd, Sam, Porky, Martian but yet ends up winning every damn time. Yes Bugs can be a mean old bully at times but still what makes him so appealing is due to the fact he oozes that winning personality, has that intelligence and thinks highly of himself which is why he outsmarting all his foes. Which is why, Bugs makes the top of the list.