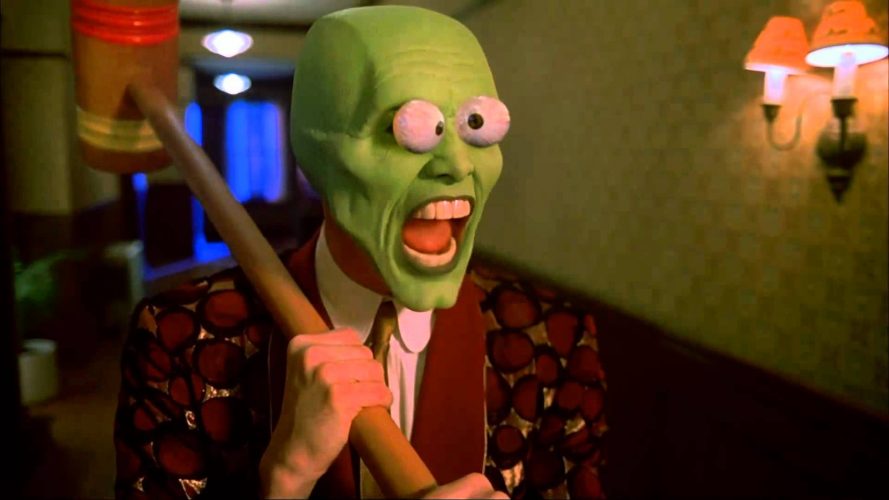 I’ve always had a strange fascination for masks, something that originated during my childhood. The normal human face is not what you would call vivid, and even after amassing all the different races, there aren’t a lot of colors, just a few that differ in tone. And most people have the same round eyes, triangular nose, elliptical mouths and tunneling ears, which reminds me of the last scene from my favorite Korean movie, ‘Memories of Murder’. Anyway, today we are going to talk about ‘The Mask’ and movies with masked characters.

What do you do when you find a wooden mask in the gutter? You put it on, turn into an unstoppable freak of nature, before ending up as a roadkill. The Mask’ was the titular character of the comic strip by Mark Badger, but the character gained popularity after Jim Carrey‘s portrayal which later spawned a successful animated series and a disastrous sequel. After his shenanigans in ‘Ace Ventura’, Carrey was rolled the red carpet to be the bull in a china shop, and the end product was probably his most unforgettable role. The visual techniques were an achievement, and the underdeveloped CGI of the 90’s perfectly fitted the cartoonish tone of the movie. As The Mask, Carrey was granted completed freedom to display his never ending natural practical comedy skills, which raises the question : Does Carrey plot plans to kill his brother Thor during leisure time?

After going through a hundred different masked characters and unfortunately dropping out some of my favorites, I’ve compiled a list of films that I believe are the greatest. Here is the list of movies similar to The Mask that have best masked characters. You can watch many of these movies like The Mask on Netflix, Hulu or Amazon Prime. The list includes masked horror movie characters, masked female characters and also masked comic characters. In my favorite performance from Michael Fassbender, he is The Third Revelation. No, seriously, he is. His character, Frank is considered to be an enigma by a group of musicians whose spirituality is a byproduct of fossilized nonconformism and the fading gothic culture, basically people in search for nothing but pleasure through music. He sports a fake head and weird quirkiness, inspired by the legendary musician Frank Sidebottom. The character has a shocking backstory which lies buried underneath his Freddie Mercury-esque experimental vocals and dressing, a peculiar appreciation of seemingly irrelevant objects and especially an aura that radiates warmth. It’s just bloody difficult to dislike a character who sings about “screeching frequencies”, “pulsating infinities” and “galactic siren sounds”. I maybe twisting the rules a bit here, but I simply couldn’t leave this one out. Though the mother in ‘Onibaba’ has the mask on for a few scenes, the execution and impact is so effective contextually, it completely changes the outcome of the film. Kaneto Shindo’s work was superstitious in a customary manner, like many Japanese filmmakers from that period. Though Onibaba with its thrilling sound design as well as images of fields and naked bodies flirts with hedonism and liberation, it ends up as a haunting piece on karma, but one where the characters pay for their bad deeds. Onibaba is a female demon from Japanese folklore and the build-up to the mother’s denunciation is fascinating.

Both the movie ‘Alice, Sweet Alice’ and its killer are probably one of the most underrated figures in slasher history, being the pioneer in the development of the genre along with ‘Black Christmas’. Leave aside its disturbing themes of religious fanaticism and child murder, the thing that stands out the most is the killer’s infantile mask and that sweet yellow raincoat that kids wear on their way to sweet yellow school buses. Slashers are most effective when they are offensive, there’s no point in making a horror film if it doesn’t ruffle some feathers and this killer was surprisingly more explicit than those abhorrent oldies from ‘Rosemary’s Baby’. 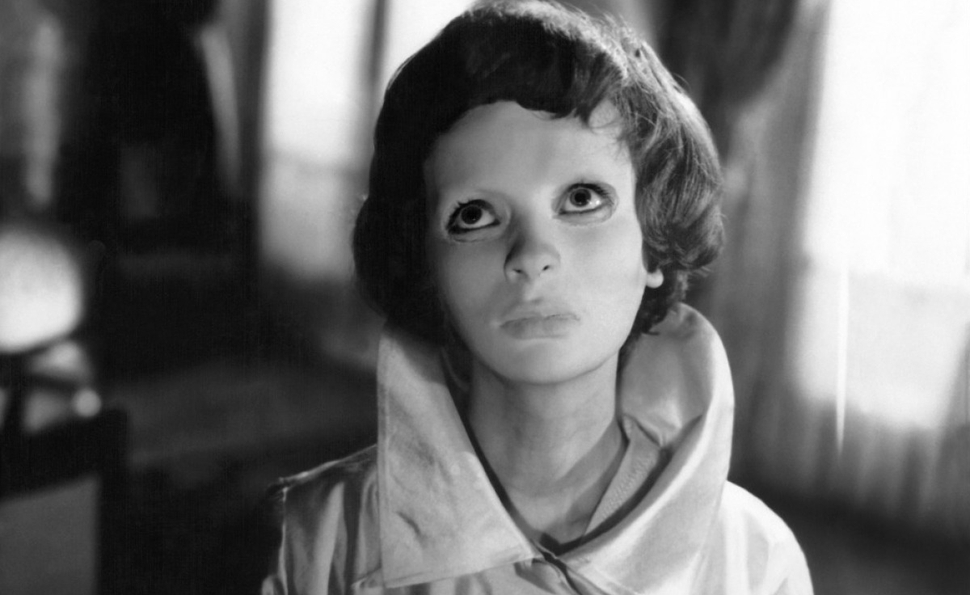 Georges Franju, though being an essential part of the French New Wave, was the most isolated in his filmography compared to others. His style was heavily influenced by the early expressionist cinema and poetic surrealism, which are on display in his horror masterpiece, ‘Eyes Without A Face’. In many ways its similar to the 19th century tragic novels that dealt with body horror, and was bashed by critics for being derivative (French critics in those considered themselves more artistic than filmmakers). You don’t have to dig very deep and its mesmerizing to see how Franju evokes a strong sense of depersonalization through an ordinary face mask that never lets Christiane express a single ounce of emotion. 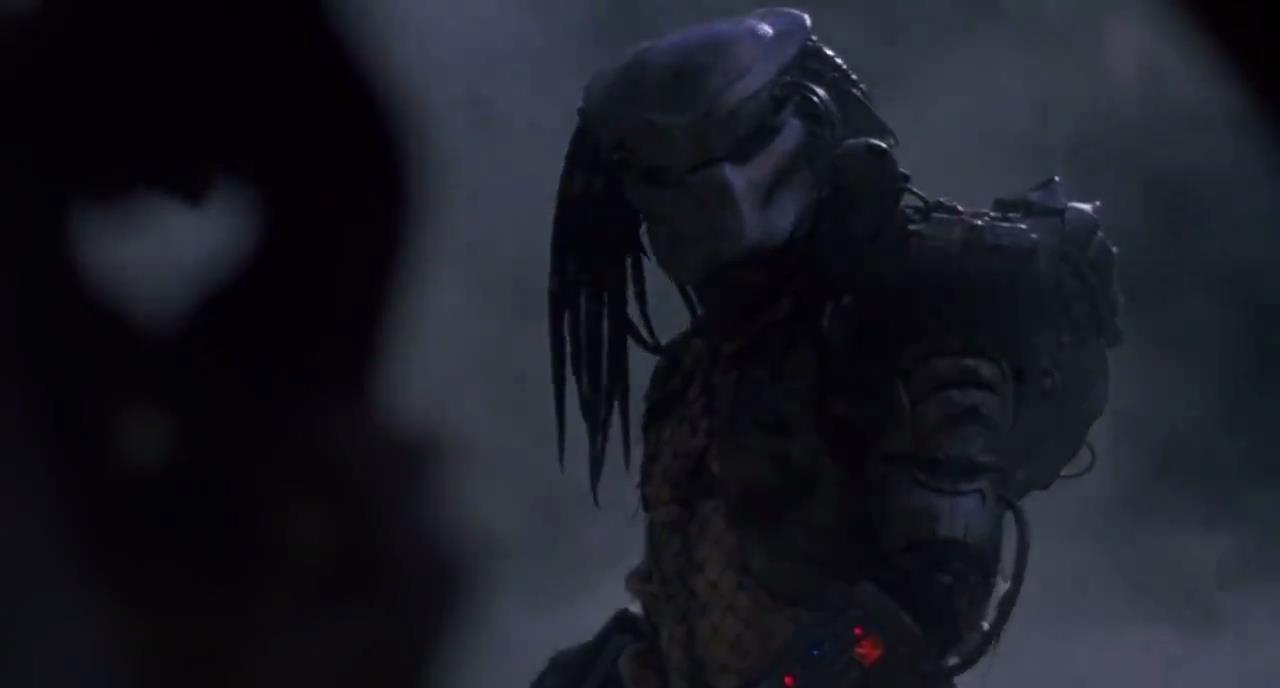 More than halfway down the movie, most people must’ve thought as to why the alien in ‘Predator’ wears a mask, despite having the ability turn invisible to the human eye. Is it part of his 80’s sci-fi modeled uniform? That question is soon answered, when we find out, it’s because he’s just one ugly motherf****r! Predator, actually a being from the Yautja species, as explored in the various sequels and crossovers have for centuries hunted other species for honor and sport, including humans and Xenomorphs. The mask is to the Yautja what a helmet is to a knight, a prerequisite for combat situations.

It’s always a humongous task, adapting a DC graphic novel on the big screen. Capturing the visuals with expressionist color palette, the morally ambiguous antiheroes, the bleak outlook of society, character development solely through their ideals and repercussions and in ‘V For Vendetta’s case, involving very polarizing political ideologies to support a terrorist sympathesizer. Though the movie failed by creating a very accessible version of the ideology explored by Alan Moore, the only thing it got right was the visual treatment of V, played by the charming Hugo Weaving. The character has now grown to be associated with any act of non-conformism and anarchy by independent groups. 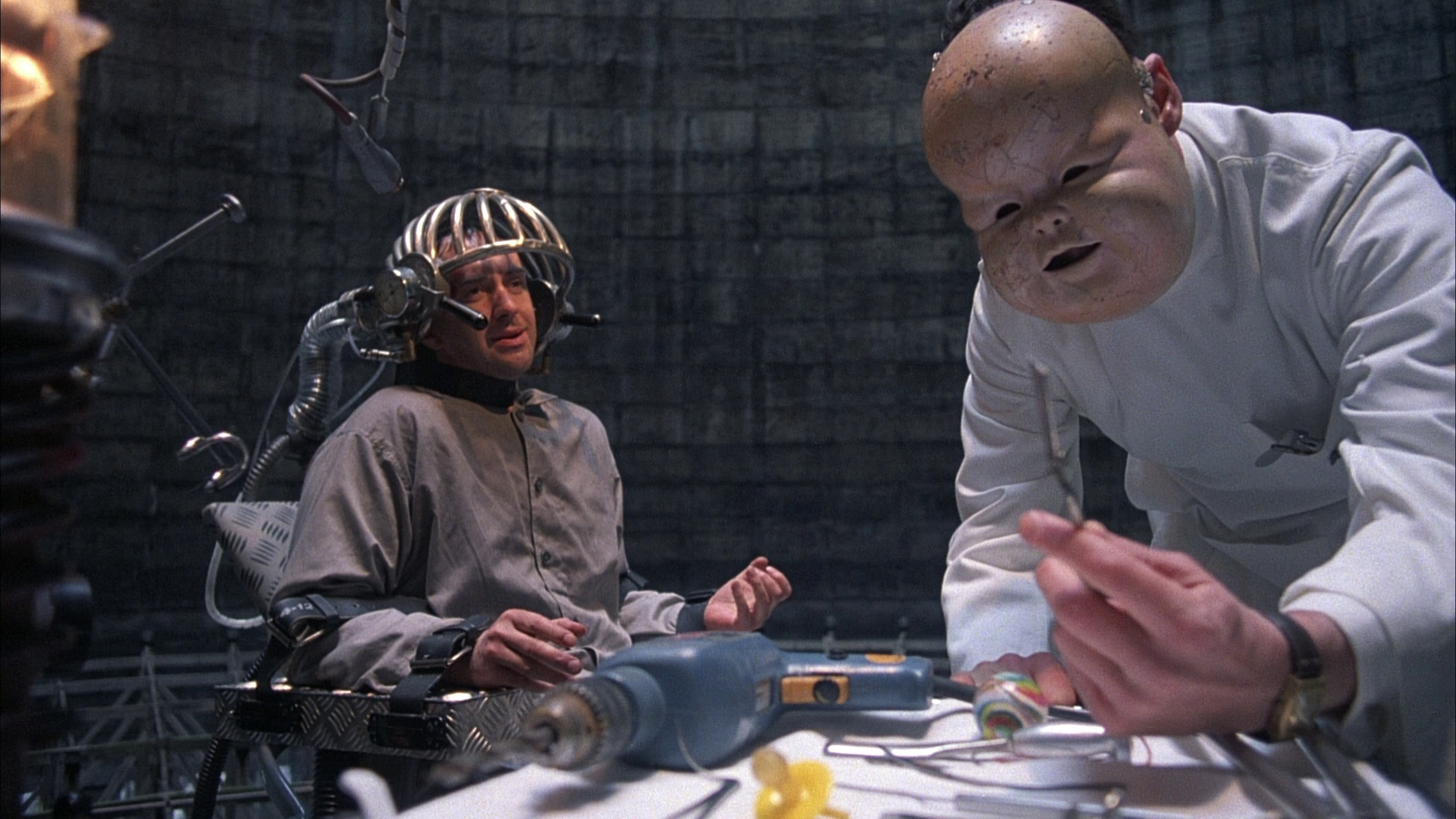 By this stage in Terry Gilliam‘s ‘Brazil’, there’s no point in exercising your brain cells to think about what’s going on. We are in an absurd dystopian future and Gilliam provides no introspection into the functionality of this society, only an outlook inspired from George Orwell’s 1984, so the surrealism except the dream sequences cannot be concurred with. The shuffling between fish-eye and wide lens for the sequence involving the close-ups of Jack Lint wearing the Asian baby-faced sumo mask with Lowry in the background, strapped in a dentist’s chair, is very creepy and is the perfect beginning to the final act of the film. I can’t really point out the speciality regarding Lint’s character, but it is primarily the inescapable ambience that is created which enhances the oddity.

“I’m not locked in here with you, you’re locked in here with me!”. I’ve never come across a line in a superhero movie that describes its protagonist with such conviction. Though Batman, Spider-man and others might be better in combat and popularity, none of them depict the “common man turned vigilante” as well as Rorschach. The line talks about how his timid physicality is forced to fight the world because of his savage determination. The mask he wears is a symbol that intimidates not only criminals but his own self, because it doesn’t define him, it defines his responsibility.

How do you catch up with the fad of masks when you live in a house miles away from the vicinity of any “normal” society? You cut out pieces of leather, stitch them together and lo! Let’s only consider the two films from Tobe Hooper, and not the remakes that converted Leatherface into a Jason meets Jigsaw kind of guy. The mask I believe has a strange backstory, something that aligns with Leatherface’s intellectual disability. Raised in a family of cannibals, human skin would have always been in abundance, which he would have used to hide his disfigured face. Having a brain of a child, he even shapes a smile on the mask, an innocent infatuation to give himself a new identity and ‘TCM’ because of its disturbing underlying exploitation still remains so relevant today. 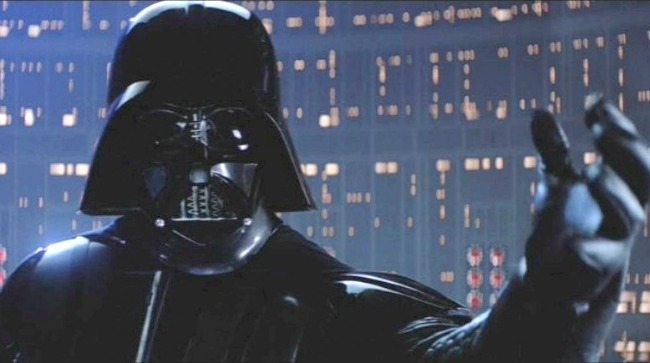 Masks are also associated with hideousness, and the color black with something dark as well as evil, and the character who fits perfectly into this criteria is the Sith Lord, Darth Vader. It is impossible to leave him out from this list, being one of the greatest villains of all time and featuring in both unforgettable identity and face reveal scenes. His depiction is perfect, due to bodybuilder David Prowse’s herculean physique and veteran performer James Earle Jones’s baritone voice, which makes him both authoritative and imposing. Vader’s mask is very intriguing since it’s both his greatest strength and weakness, which is explored through the course of the trilogy.

4. The Mask of Zorro 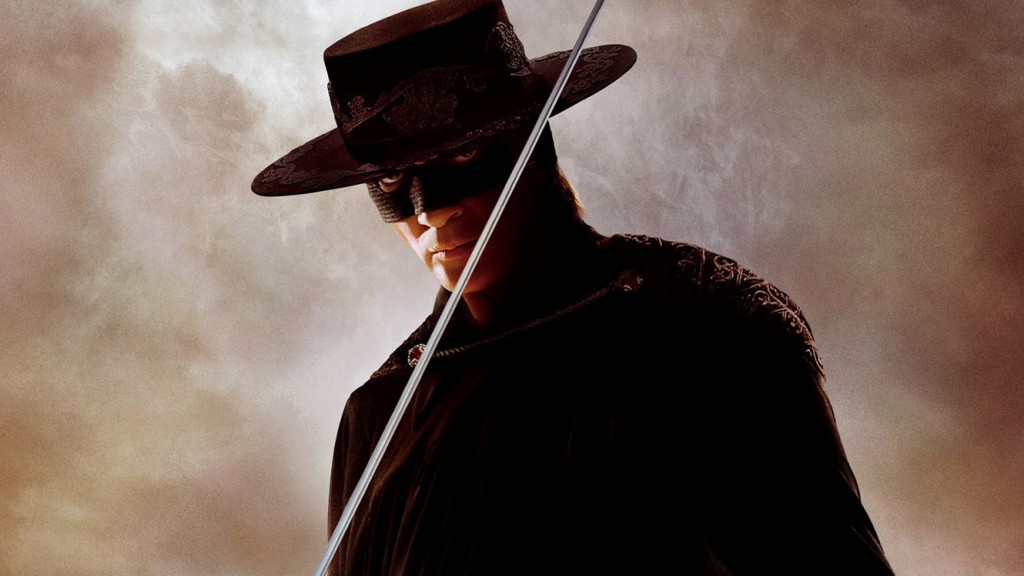 I remember watching the Zorro animated series when I was a kid and obviously I never paid attention to his vigilantist actions and the gothic nature of the character. Zorro is the complete package for every woman’s fantasy, he’s as valiant as a knight and as charming as a prince, and there were no surprises when Antonio Banderas donned the black cape and eye mask to play the expert swordsman. His appearance even inspired the likes of Batman and Phantom, and while the latter bathed in menace, Zorro gracefully tap-danced with panache.

I remember when John Hurt passed away a few months ago, and though I’ve loved his performances in ‘1984’, ‘Alien’, ‘Harry Potter’, there’s one that cannot be outmatched, one that inspired David Lynch to call him “simply the greatest actor in the world”. John Merrick in ‘The Elephant Man’. Lynch’s films have always had some terrific performances, Jack Nance, Naomi Watts, Dennis Hopper, Laura Dern but none of them have outshone the director himself, except for Hurt. He never demands for sympathy because of his disfigurement but through the constant distress in his quivering words, for even when he’s happy you can’t help but shed tears for him. Though he’s without the mask for long periods of time, his necessity to don it at times is essential at highlighting the social stigma he faces.

2. The Phantom Of The Opera

One has to inspect the haute couture during the Victorian Era, to affirm the inception of the mask as an apparel. And hence, it soon found its place amongst gothic literature, especially on the face of the renown protagonist of Leroux’s novel ‘The Phantom of the Opera’. Here, I’ll be considering the character and thus, also including other actors like Claude Rains and William Finley who’ve donned the mask, apart from Lon Chaney. The Phantom has always been one of the most iconic characters in horror, being draped by tragedy, vengeance, lust and conflict. 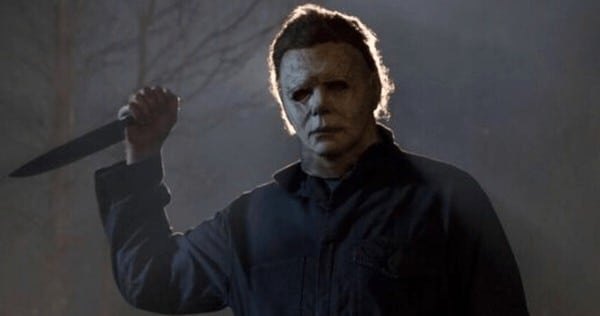 If there is one character who has engraved fear in the hearts of audiences for around 40 years, it’s Michael Myers. The original ‘Halloween’ by John Carpenter was a work of genius, as the man understood horror better than anyone. This was the time when supernatural horror was slowly being silenced by the swarming army of B-grade exploitation films that involved unspeakable acts of violence carried out by psychopaths. In the midst of this, Carpenter resurrected the contemporary ‘Frankenstein’, a monster with a lifeless visage, that never dies. The mask was modeled after William Shatner’s face, and its intriguing how the designers transformed the face of an actor who was infamous for his over the top acting to a mask that hasn’t borne a single emotion in decades.