Allison Janney Surprises Her Assistant in Season 2 of Celebrity IOU 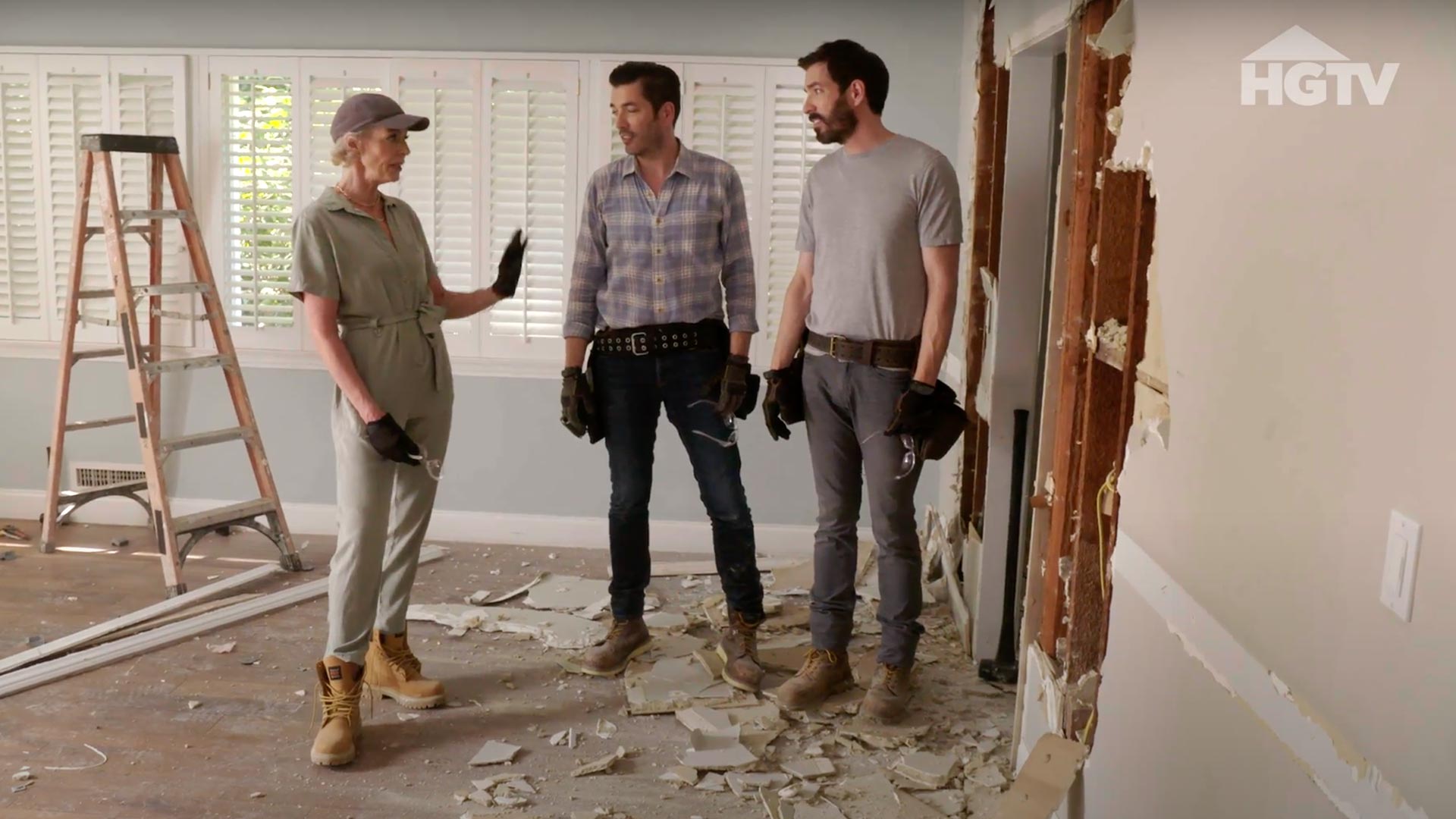 HGTV’s ‘Celebrity IOU’ is one of the most heartwarming and feel-good shows on our television screens right now. It follows Property Brothers Drew and Jonathan Scott as they help Hollywood A-list celebrities surprise their loved ones with marvelous home renovation projects. In particular, those loved ones who have had a major impact on their personal as well as professional lives. Each hour-long episode not only gives us a glimpse into a celeb’s private life and relationships, but it also provides us with the opportunity to assess their design preferences, skills, and much more. And as Season 2 Episode 2 stars Allison Janney, you can bet that entertainment will ensue.

Allison Janney and Her Assistant

As per the official synopsis given to this particular episode, entitled ‘Allison Janney Gifts a Showstopper,’ “Actress Allison Janney teams up with Jonathan and Drew Scott to give back to her assistant and close friend of 20 years, Ilana.” In other words, the Oscar-winning actress enlists the help of the brothers to completely renovate the kitchen, dining room, and living area of the one person who has stood by her through thick and thin for the last two decades. After all, Ilana and her husband love to entertain, but their current cramped home is not ideal for hosting, so a stylish and functional gathering space is what the trio hopes to provide her with.

“[Ilana] has become more like family to me than anything else and she’s given a lot to me over the years,” Allison said in a press release. “I feel like this is a wonderful opportunity for me to do something lovely for her. She’s just a giver and it’s hard to make her receive.” She further added, “To do this for Ilana feels right. It feels really good to give to someone like her who’s been there for me in ways I would have never expected.” And as seen in the exclusive clip from the show, Allison gets a bit emotional during the demolition process. “Already, it feels so much better and bigger,” she says after tearing down a kitchen wall. “It’s really exciting. It’s gonna change their lives.”

Allison Janney and Her Love For Demolition 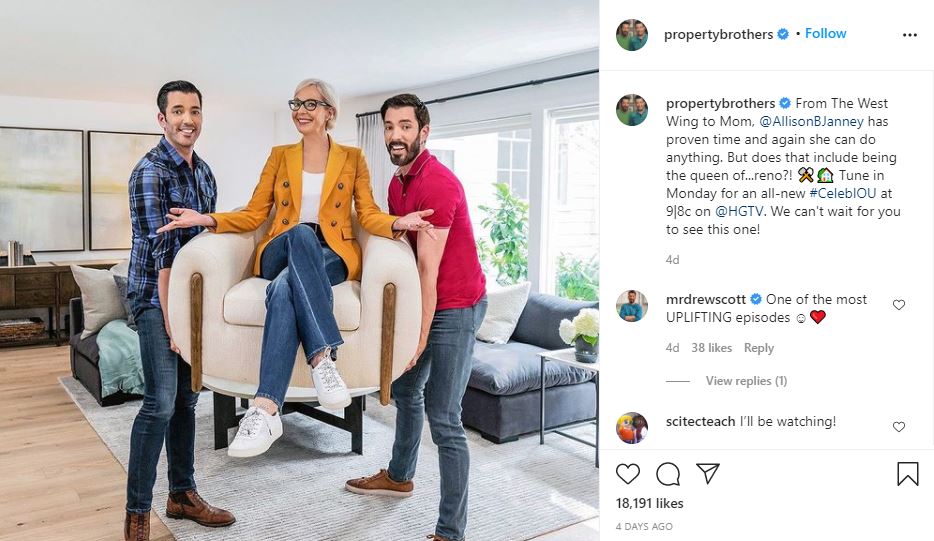 Of course, you can’t expect Allison Janney to do something and her not have a hand in almost every aspect of it. And in the same way, to achieve her goal of surprising Ilana, she didn’t mind getting her hands dirty, at all. In fact, the actress quite honestly admitted that she loves the wrecking. “I’m not skittish or shy about tearing things apart,” Allison says during a confessional. “I love breaking things up. It’s so much fun.” She also adds, “Give me a sledgehammer, and I will bust some s–t up.” Then, the actress actually went ahead to bust some walls down while the twin brothers cheered her on from the sidelines.

“Honey, I’m home!” Allison Janney hilariously calls out at one point, after literally kicking through a wall, channeling Jack Nicholson in ‘The Shining.’ Though, before Ilana’s home completely shifts tones and reaches its full potential, the brothers declare that the space would first have to get “a whole hell of a lot dirtier,” to which the 61-year-old quips, “Okay, yeah, I’ll let you do that.” But Allison doesn’t leave the construction site without first doing a little “demolition dance.” And honestly, all this genuinely makes it seem like although acting is Allison’s primary calling, we might just see her doing such projects in the future as well.