10 Best Jack Nicholson Movies That You Must See 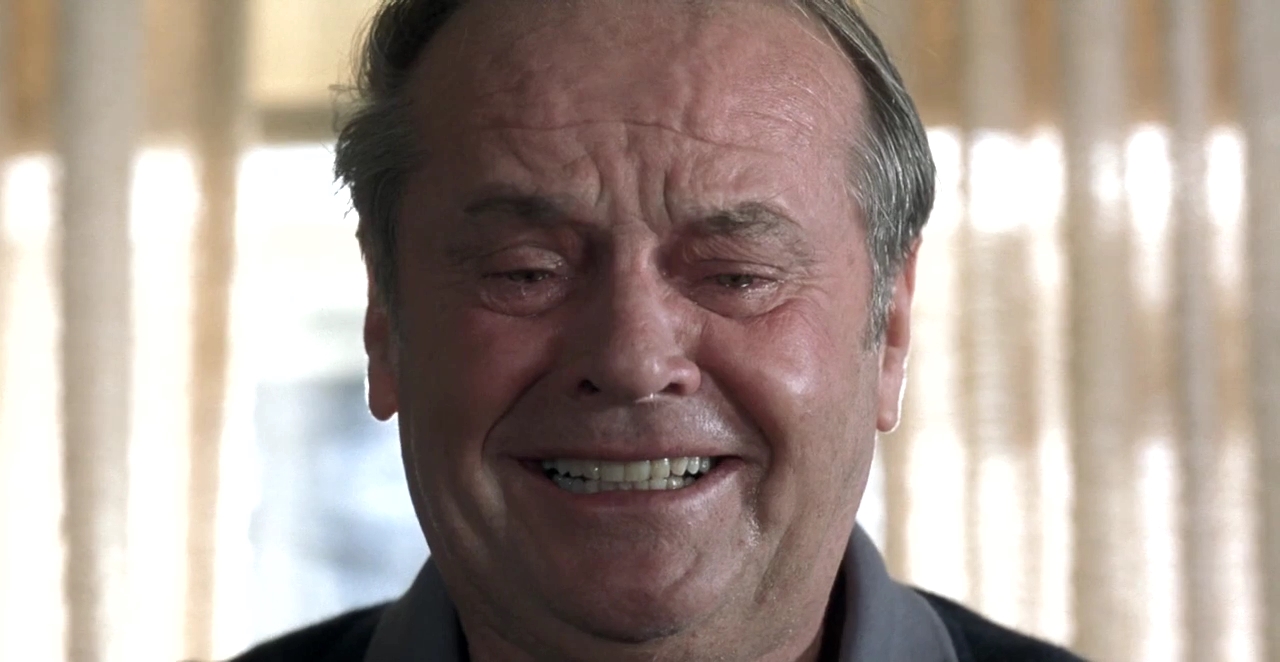 Jack Nicholson defined the seventies ant-hero, the intelligent, smartest guy in the room who managed to almost get away with bad behavior by flashing what became known as the killer smile. Walking that fine line between gifted actor and movie star, Nicholson was as popular with men as he was with women. Ladies loved him, while men wanted to be like him. He radiated intelligence, and could be dangerous if crossed, or a victim if necessary…nothing was out of range for him, as his own range as an actor was limitless.

He is the most nominated male actor in film history with twelve nominations and three wins, once for Best Supporting Actor and twice for Best Actor. Six times the New York Film Critics honored him as the best of the year and he is a multiple Golden Globe nominee and winner.

Comfortable as a leading man or supporting actor, for Nicholson it was always about the role, not the size of the part. An entire new generation found him after Batman (1989), and again in The Departed (2006) and I hope they continue discovering him for many years to come. With that said, here is the list of top Jack Nicholson movies that prove he is among the greatest. 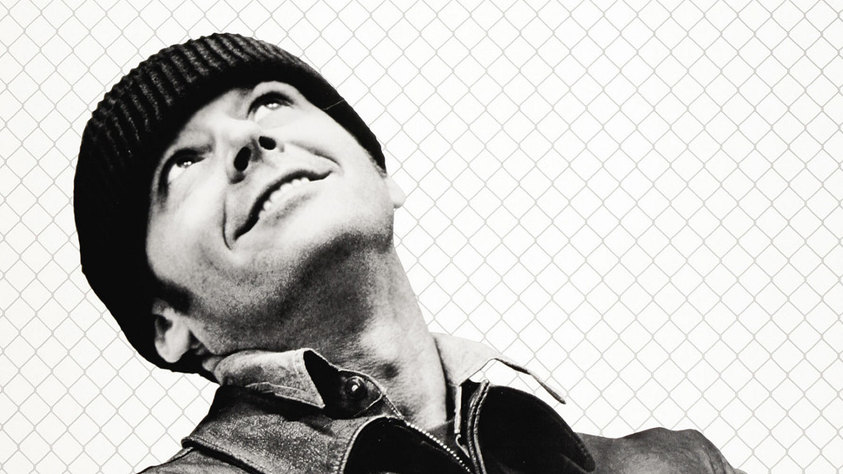 As RP McMurphy the actor finds the role that merged perfectly with him. The only way to describe his performance as the mental patient who gives the emasculated men on the war hope is to call it breathtaking. He won his first Oscar for Best Actor for this. 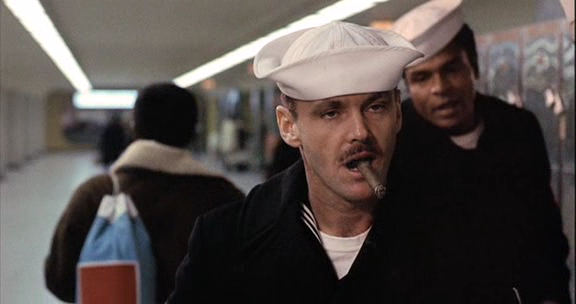 Profane hot head Badass Buddusky, Navy lifer, is taking a young man to the brig but not before he shows the shy man some living. Tough as nails, but with a heart,  a knockout of a performance. 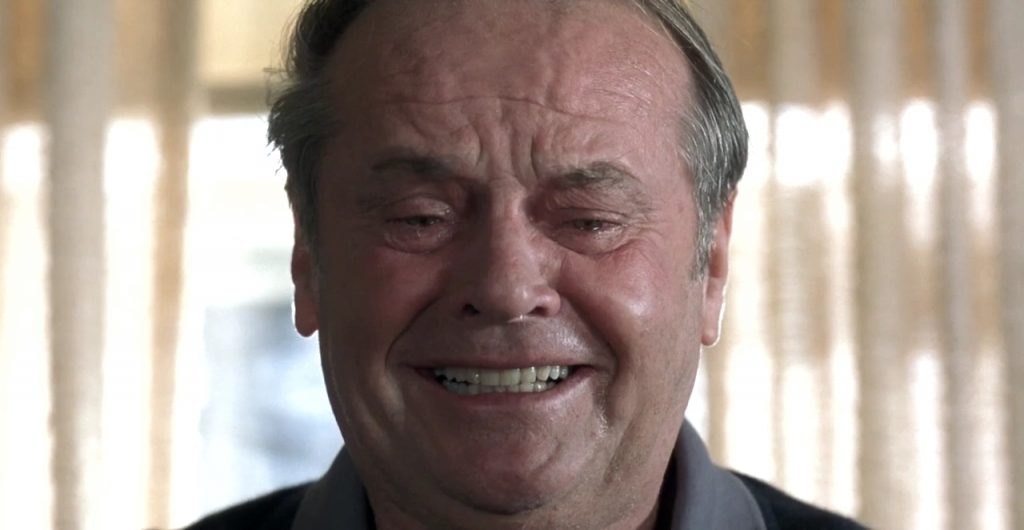 As a widower struggling with being on his own, struggling with retirement, Nicholson is brilliant, creating a portrait of a lonely man nearing the end of his life and worrying he has not done anything worthwhile. Melancholy and often very sad. 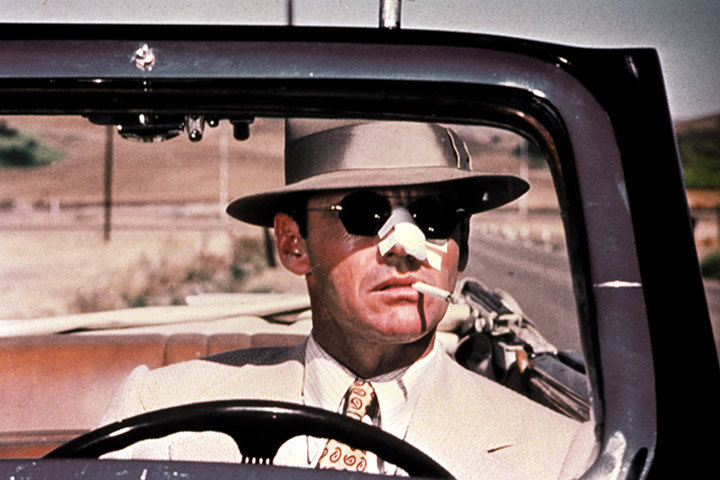 Whip smart as thirties private eye JJ Gittes, though not smart enough to stay away from the obvious femme fatale, Nicholson is terrific as a Bogart character crossed with Marlowe, but stamped with his own originality. 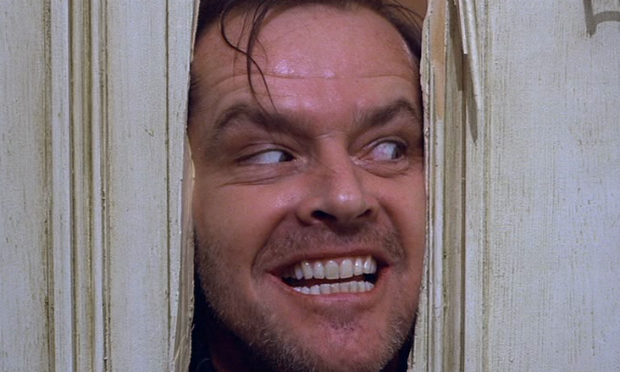 When the film was released he was accused of going wildly oiver the top but through the years the performance has become iconic, an actor carefully walking the line and never stepping over it. He is chilling. And just how comedic is it if YOU are on the other side of the door when he comes through with the ax screaming Heres Johnny! Terrifying… 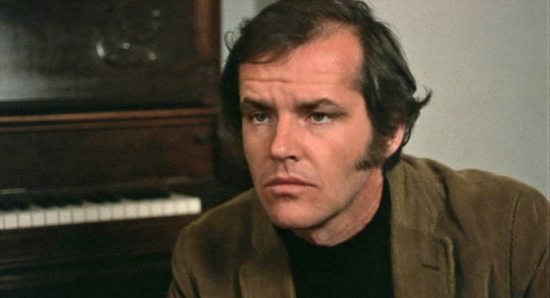 An oil-rigger with a past, one of wealth and culture, Bobby Dupea does everything he can to escape how he grew up. When his father has a stroke he returns to everything he hates, and it forces him even further away. Like so many in the seventies, he was aimless…forever drifting. 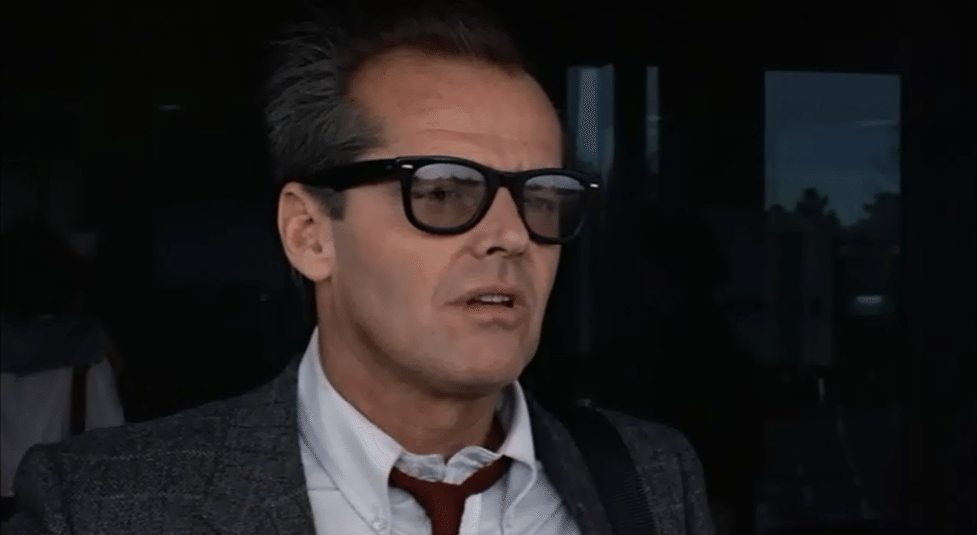 Who would have expect you to be a nice guy he is asked towards the end of the film. Yet that is what he is, as former astronaut Garrett Breedlove…he is a best friend and lover to Shirley MacLaine when she needs him most. 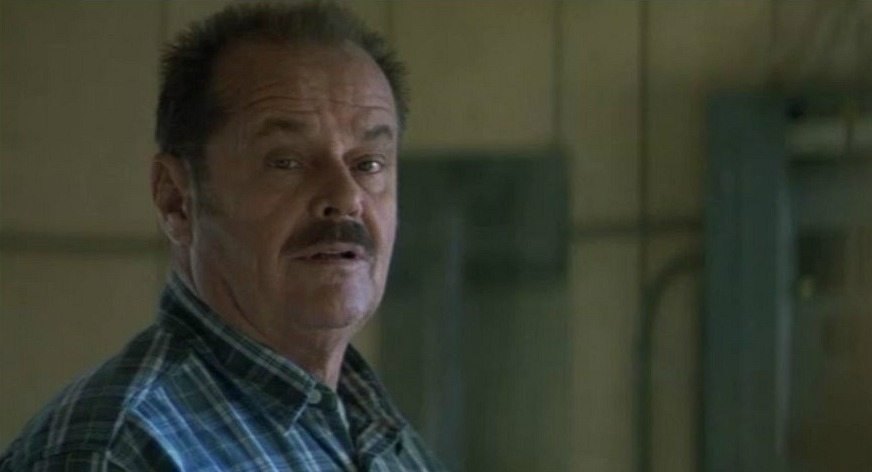 Under appreciated film and performance with Nicholson as a former cop who pledges he will find a killer, and allows it to overtake him to the point of obsession. Eventually his mind will become unhinged by what he cannot do.

Again one of those times he walks the line, but he went for pure evil indulgence and created one of the most frightening characters in movie history. With no boundaries, he is dangerously psychotic and pure evil. 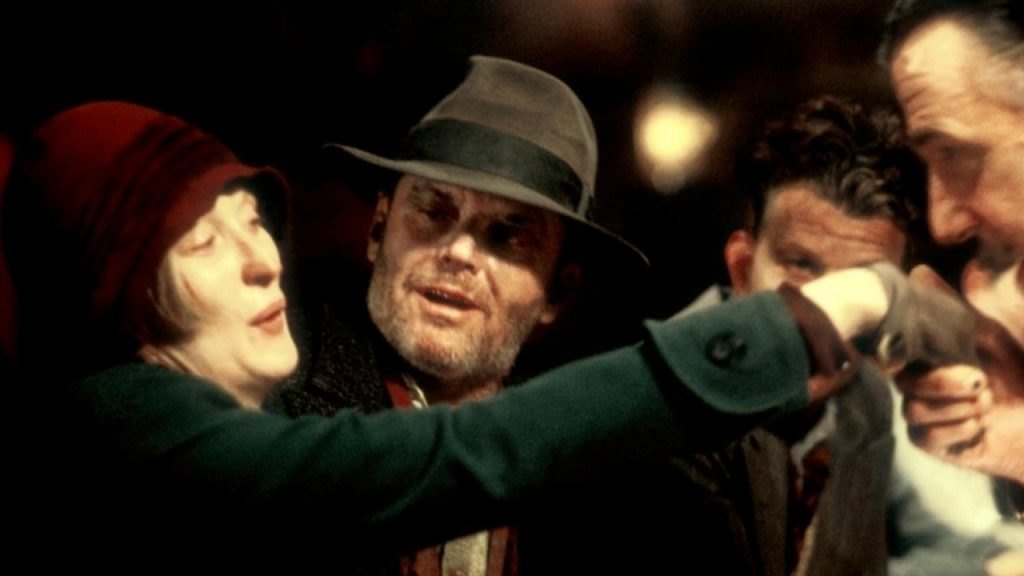 A tie. In Ironweed (1987) he is brilliant as a hobo in Albany, trying to forget his past which includes dropping his infant son and killing him. Set during the Depression, it is a powerful look at what the homeless feel and might see. As the not terribly bright hit man in Prizzi’s Honor (1985) he is terrific, killing with a matter of fact attitude that is quietly hysterical.