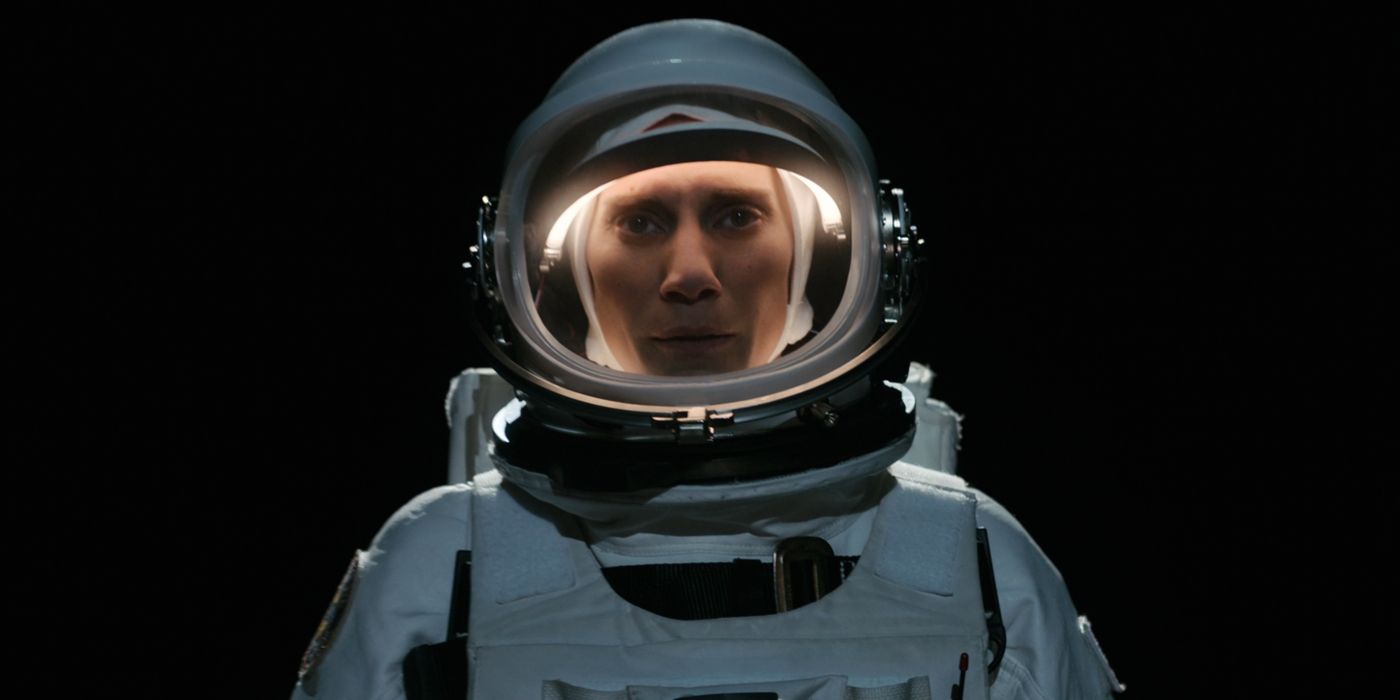 Netflix’s science fiction drama series ‘Another Life’ juggles a number of themes — from family to homesickness to human condition to climate change to war — and still stays true to its space operatic roots. The show follows Niko Breckinridge (Katee Sackhoff) and the increasingly dwindling crew aboard the Salvare as they try to determine why the alien species known as the Achaians have sent an unknown artifact to Earth. Her husband, Scientist Erik Wallace (Justin Chatwin), searches for the answer to the same question back on Earth while trying to take care of their daughter, Jana (Lina Renna), on his own.

In season 2, Niko finally gets a glimpse of the true nature of the Achaians, and what she sees terrifies her. She and the crew race against time to get back to Earth and warn the rest of humanity. Meanwhile, after the Achaians cure Jana of the condition that they themselves caused, they try to convince Erik that they have come to help humanity. Erik comes close to believing them, but he develops a healthy sense of doubt about the visitors as the series progresses. Here is everything you need to know about the ending of ‘Another Life’ season 2. SPOILERS AHEAD.

The second season starts right where the first one ended. After the Achaians destroy Planet Zakir, the Salvare is caught in the ensuing mass of debris. August (Blu Hunt) and Oliver (Alex Ozerov) die while trying to repair the ship. Realizing they are in a war, Niko wakes up a combat veteran, Richard Ncube (Tongayi Chirisa). The crew also discovers that they have a new member, an AI created by combining William’s (Samuel Anderson) perception of Niko and the Achaian data he extracted from the spider-like device that is currently keeping Javier (Alexander Eling) alive. The AI later names herself Iara (Shannon Chan-Kent).

On Earth, on Harper Glass’ (Selma Blair) suggestion, Erik seeks the Achaians’ help with his daughter’s condition. After he takes her into the artifact and is forced to leave her there, a portal forms, connecting Jana with Niko, who is inside one of the Achaians ships/rings at the same time. Later, the crew discovers the Achaian technology is susceptible to high-density neutrino bursts. They figure out how to transform their ship into a massive cannon capable of firing those bursts.

The mission continues to evolve throughout the series. After the crew realizes that the Achaians are hostile, returning to Earth and alerting humanity become the mission. Following the discovery of the tech’s weakness, delivering this new information to Earth takes priority over everything else. Niko chooses to sacrifice herself and sends one part of the Salvare back to Earth through a wormhole while she and Richard remain in the other.

The two of them eventually find their way back to Earth. However, upon their arrival, they discover, just as the rest of the crew has before them, that Earth has agreed to give up space exploration and Faster than Light travel. In exchange, the Achaians have given humanity a piece of technology to undo all the damages that humans have done to Earth.

In the season finale, the Salvare destroys an approaching Achaian ship with a neutrino burst, while the Achaians blow up the head of their supposed emissary, Seth Gage (Dillon Casey), and make their intention clear. Niko convinces the US President that humanity has only two options: fight or accept perpetual slavery.

Another Life Season 2 Ending: Who Are the Achaians? What Do They Want?

Since they have sent the ships and the artifact, the Achaians have been shrouded in mystery. They are clearly a technologically more advanced society, but their reasons for contacting humanity have continued to baffle Niko, Erik, and others. The second season finale provides some answers about it. The audience knows that the Achaians have sent those artifacts to hundreds of worlds. Some civilizations resisted them — like the people of Zakir — and were exterminated. Others accepted peace on the Achaian terms. They survived but became subservient to the Achaian whims.

It is revealed in the second-season finale that the Achaians that humanity has come to know may not be the real Achaians at all. While studying the DNA of the injured “Achaian,” Zayn Petrossian (JayR Tinaco), the Salvare’s medic, notices that characters that are presumably Achaian letters are part of the makeup of these entities. This means that someone else, maybe the real Achaians, created them by assembling computer codes like organic DNA. They are essentially AIs, advanced versions of William and Iara. 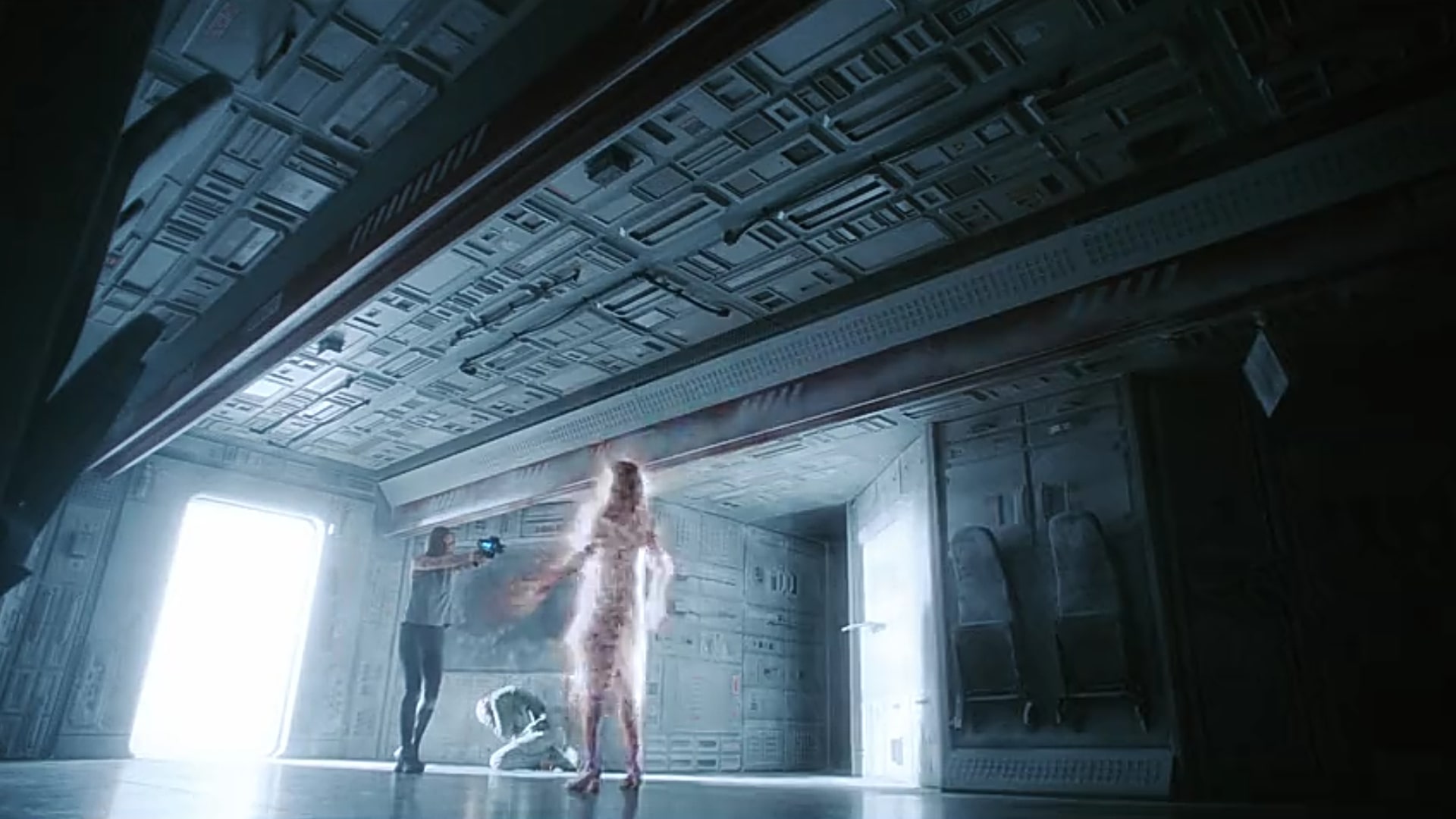 This theory is reinforced during the confrontation between Niko and the “Achaians” inside the artifact on Earth. Taking the form of Niko’s mother, Jana, and various members of the crew, the “Achaians” claim that their makers created them to clean up their mess. This probably implies that these inorganic entities were sent out into the galaxy to rectify the mistakes of the Achaians. Another possibility is that the real Achaians were exterminated by their own AIs after creating them to save their dying planet. Seeing the destructive nature of sentient lifeforms, the “Achaians” spread across the galaxy to prevent civilizations from leaving their respective home planets.

Either way, their inorganic nature becomes evident when Niko is able to infect them with the computer virus she passes into the “Achaians” of the artifact through the “Achaian” she carried inside her body. It destroys the artifact and kills all the aliens there. Realizing that humanity now has the upper hand, the rest of the “Achaians” retreat.

Does Niko Reunite with Her Family?

Yes, Niko reunites with Erik and Jana. She and Richard get back to Earth through an Achaian artifact they find on a strange planet. She sees Erik for the first time in months when she goes up to the Salvare. After the “Achaians” leave, Niko reunites with her daughter. Her estranged mother is also there, and the two women seem to reconcile. It has been an incredible journey for Niko. Since the moment she left, she has missed her family. But as she was a devoted soldier and the Salvare’s commander, mission always came first for her. She put herself in harm’s way multiple times to save various crew members, not hesitating even once. 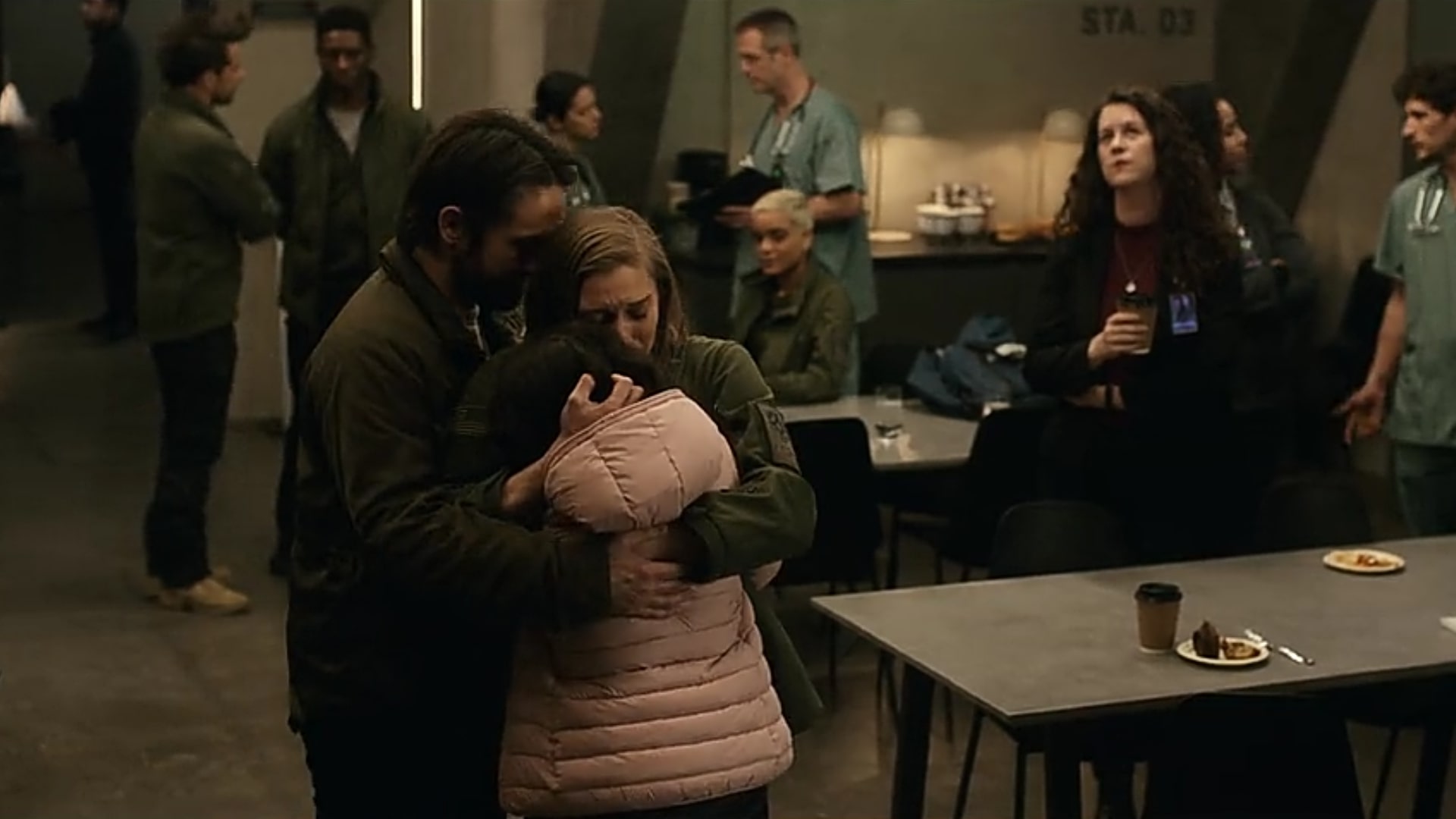 Why Does the Crew of the Salvare Head Out back into the Space?

After the “Achaians” retreat, numerous micro wormholes open up all across the solar system. Humanity initially thinks that the “Achaians” have already come back to retaliate. However, it turns out that they are communication channels created by hundreds of civilizations that were under the control of the “Achaians,” reaching out to humanity to say thank you. What Niko did inside the artifact on Earth destroyed the other artifacts across the galaxy, freeing those worlds as well. 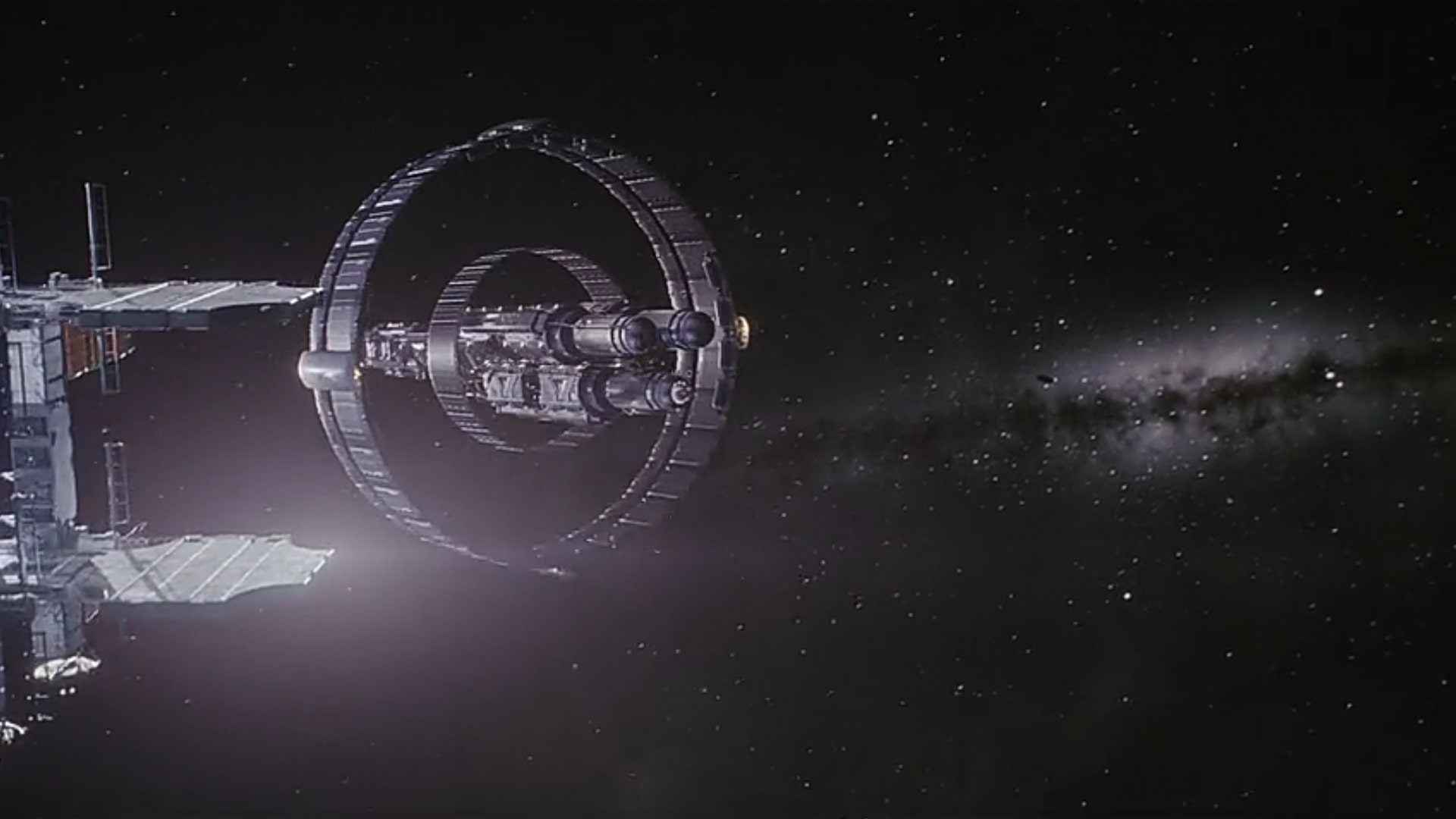 A new age of space exploration subsequently begins as Niko and the remaining crew of the Salvare travel to these worlds to interact with their new friends. The “Achaians” compared humanity to cancer and wanted to keep the people of Earth restricted to the solar system, claiming that they would cause widespread devastation otherwise. The next stage of technological evolution will be a crucial one for humanity. As they travel across the galaxy and interact with other species, they will get the chance to prove the “Achaians” wrong.