8 TV Shows You Must Watch if You Love Another Life

Science fiction has always been a realm of special interest for Netflix, having done some path-breaking work in the field. With their eagerness to collaborate with some of the greatest voices in the genre, and their innate ability and desire of constantly taking risks and pushing the boundaries of traditional television programming, Netflix has built itself a solid repertoire of science fiction shows. Their collaboration with the Wachowskis gave us the seminal series ‘Sense8,’ which received enormous critical acclaim, as did the Brit Marling-starrer ‘The OA.’. Never resting on their laurels, the streaming  giant turned up with the 2019 sci-fi series ‘Another Life,’ which offers a fresh look at various layers of possible contact between humans and aliens.

Katee Sackhoff plays the leading character, Niko Breckinridge, who is sent on a mission in outer space along with a dedicated crew to investigate into the existence of alien life after a mysterious spacecraft crash lands on Earth. It must be noted that Sackhoff is a veteran of the sci-fi genre, having already been a cast member of the historic sci-fi space series ‘Battlestar Galactica.’ As Breckinridge and her crew explore the mysteries of the unending universe, they come in contact with unimaginable horrors which threaten their very lives. Alien life has always been a matter of fascination for humans, because, if discovered, it can put to question our perspective on life and beliefs we hold true. So, without further ado, here is the list of best TV series similar to ‘Another Life’ that are our recommendations. You can watch several of these TV shows like ‘Another Life’ on Netflix, Hulu or Amazon Prime. 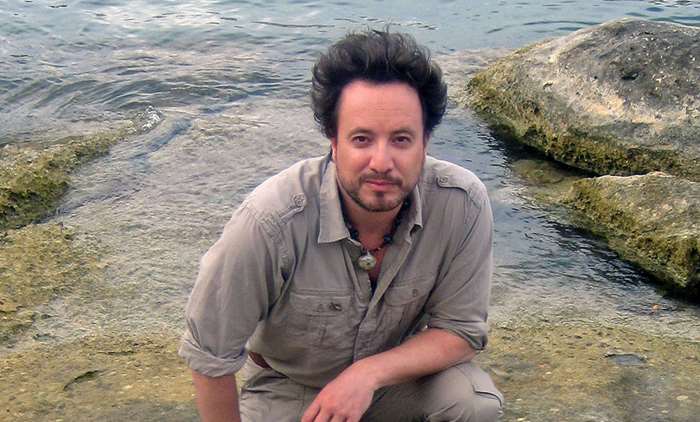 Many conspiracy theorists are of the opinion that the gods depicted in ancient Egyptian drawings are actually extraterrestrial beings who had come down to Earth to teach human race about civilization and technology. In the History Channel documentary series ‘In Search of Aliens,’ Giorgio A. Tsoukalos propagates a similar theory, stating that the myths we hear about things like the Lochness monster, the underwater city called Atlantis or the Nazca Lines found in southern Peru might indicate alien activity on Earth during ancient times. Watch this series for the observations and inferences drawn by Tsoukalos in a desperate attempt to prove his hypothesis true despite there being no evidence to hold up his views. 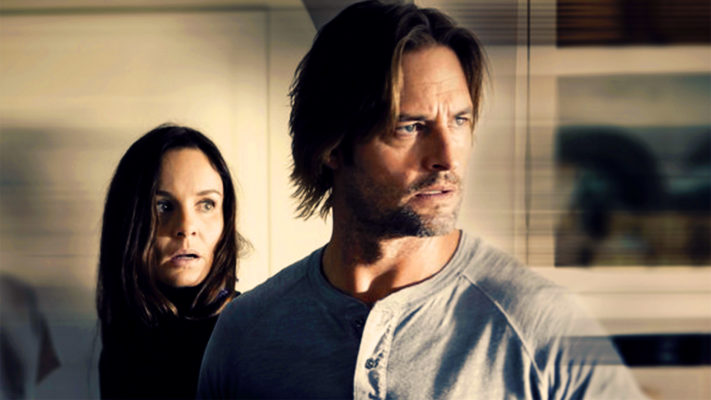 The USA Network series ‘Colony‘ starts in a similar manner like ‘Another Life,’ but with a rather sinister twist. Here, huge rectangular structures suddenly start raining from the sky above and divided up Los Angeles into what comes to be known as blocs. Soon, the entire city is taken under the control of an alien force. Some humans have conspired with them and create an autocratic regime called the Transitional Authority, which functions as a rubber stamps to carry out instructions sent in by the aliens.

As the series progresses, we observe this new system of government where people have no rights and are mere pawns at the hands of their extraterrestrial conquerors. In the veil of a sci-fi narrative, ‘Colony’ draws a dystopic view of the world, with the Transitional Authority being extremely oppressive, preaching their policies through constant propaganda, like any fascist institutions in the human history. Obviously, surveillance has also becomes the order of the day while fear reigns over art and culture. ‘Colony’ manages to maintain its prophetic tone throughout the narrative while reminding us the futility of human intelligence on the face of a threat from a superior race. We consider ourselves the greatest creation until we meet someone infinitely more powerful than us in the art of wreaking havoc. 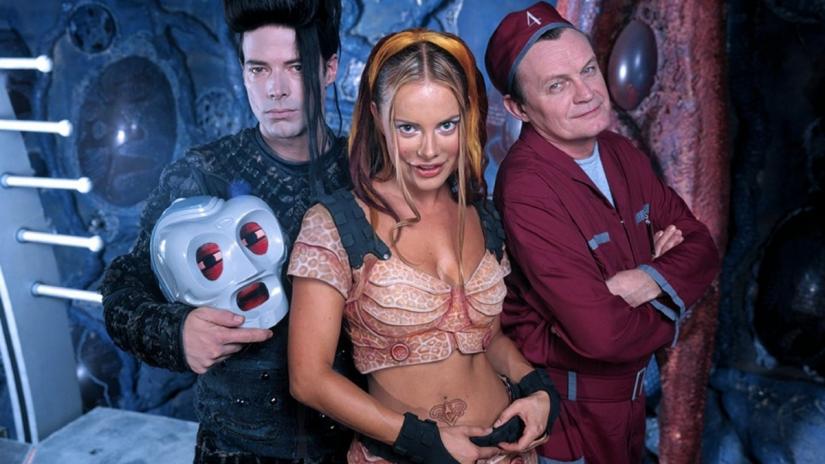 ‘Lexx’ is the story of a group of eccentric and quirky characters who manage to get their hands on the eponymous spacecraft and fly away with it. The only crucial factor here is that this is an organic and breathing spacecraft designed to destroy harmful planets. After taking control of Lexx, this group of renegades go on various adventures across several parallel universes, meeting dangerous threats and conquering them along the way.

Elements of dark comedy are pretty prevalent in the series, with the sense of humor reflecting in the innovative costumes and set designs as well. The approach the makers took in each season of ‘Lexx’ is what makes the show stand out from the rest. While one season is very goofy and mock-serious in tone, the next one takes a rather grim approach, while the other after that turning farcical. The unique characters, art direction and tonal shifts helped the series to pick up a cult following over the years. 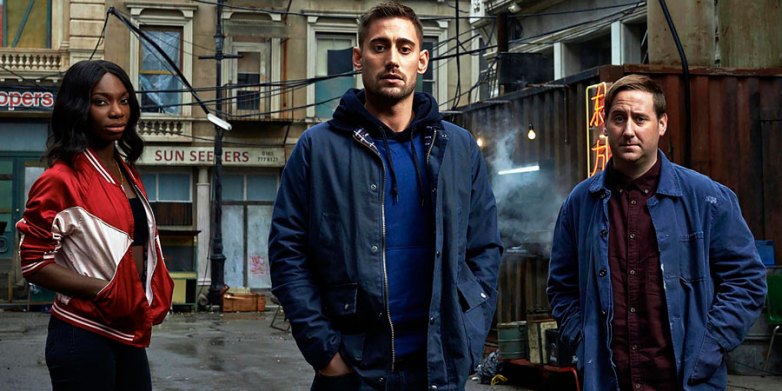 One of the most politically aware shows in recent times, ‘The Aliens’ acts as a metaphor of the racist and segregated aspect of society that we witness constantly even in this day and age. The series centers around the idea that aliens did manage to find their way to the earth, but instead of invading our planet and reigning over human race, humans have captured the aliens and put them into ghettos, meting out severe oppression on the poor creatures.

With a lack of resources to sustain themselves, these captive aliens naturally take to criminal behavior. The central character in this chaotic land is a Border guard called Lewis Garvey who chances upon the fact that one of his parents was also an extraterrestrial being. The narrative explores the moral dilemma he faces once this fact comes to light. While racial segregation and ghettoization of minorities and illegal immigrant bandwagons continue to haunt the conscience of the 21st century, the series often put forward metaphorical insight on the plight of these real-life “aliens.” It is because of living in such conditions that they cannot manage integrating themselves into the mainstream. Such serious issues are constantly addressed in ‘The Aliens,’ while turning the usual alien-as-a-threat trope on its head. 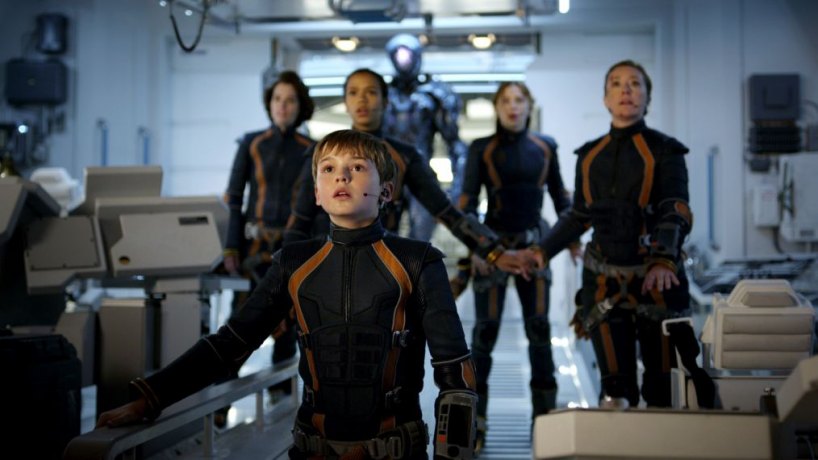 We have always talked about extraterrestrial beings in our films, literature and television shows, telling stories of how they would come to Earth and intervene our lives in positive or negative ways. But what if this trope is just reversed, where humans have traveled to another planet and are aliens themselves? This is the picture painted in Netflix’s ‘Lost in Space,’ which is a re-imagination of the similarly titled 1965 series created by Irwin Allen.

The story of ‘Lost in Space’ is centered around the Robinson family, who are hand-picked to be the new space colonists, with the mission to set up their home permanently on another distant planet. When a rupture in the space-time continuum occurs around them, the Robinsons, caught off guard, land on another planet of which they have no knowledge. In such a situation, their only respite is the fact that there are other families with them who are facing a similar ordeal, and together they have to try and figure out a way to change their fate. The makers of ‘Lost in Space’ have managed to hold on to the humane aspect of story, adding enough emotional content for us to identify and fall in love with the characters, and this is where the show wins us over. 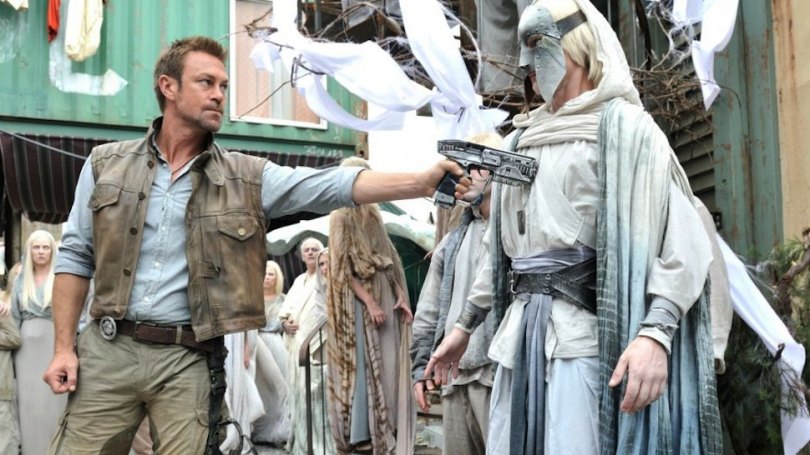 ‘Defiance’ from Syfy is a truly commendable attempt in widening the scope of television entertainment. Besides the series, the makers released online game as a companion piece. Both the series and game merge their storylines together to fit in a common narrative and affect each other’s independent universes along the way. Set in a period when aliens and humans are engaged in a severe battle all across the world, the show focuses on the political aspect of how things operate in such epochs. With peace negotiations are on the high, meetings being held with the aliens at the United Nations. The show takes us through the ground-level diplomatic and hostile exchanges between humans and aliens. 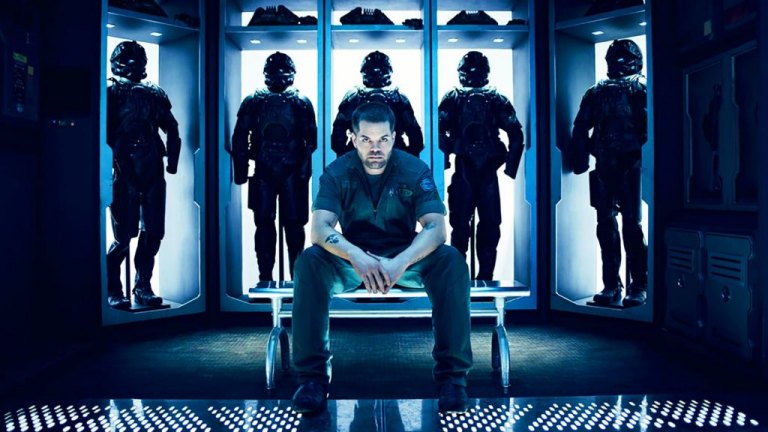 Space colonization has always come up as a hypothetical alternative of survival once the earth becomes inhabitable. With real-life science and technology far behind in realizing this dream, sci-fi has for long used this hypothesis to enrich its ever-expanding horizons. The Syfy series ‘The Expanse‘ uses this concept to narrate a tale of two detectives on the lookout for a lost girl through the now-colonized Solar system. The political scene is tensed after the governments of two planets are at loggerheads with each other, battling for supremacy. ‘The Expanse’ is a reflection of world politics as it was during the Cold War, with certain countries siding with USA and others taking USSR’s corner. 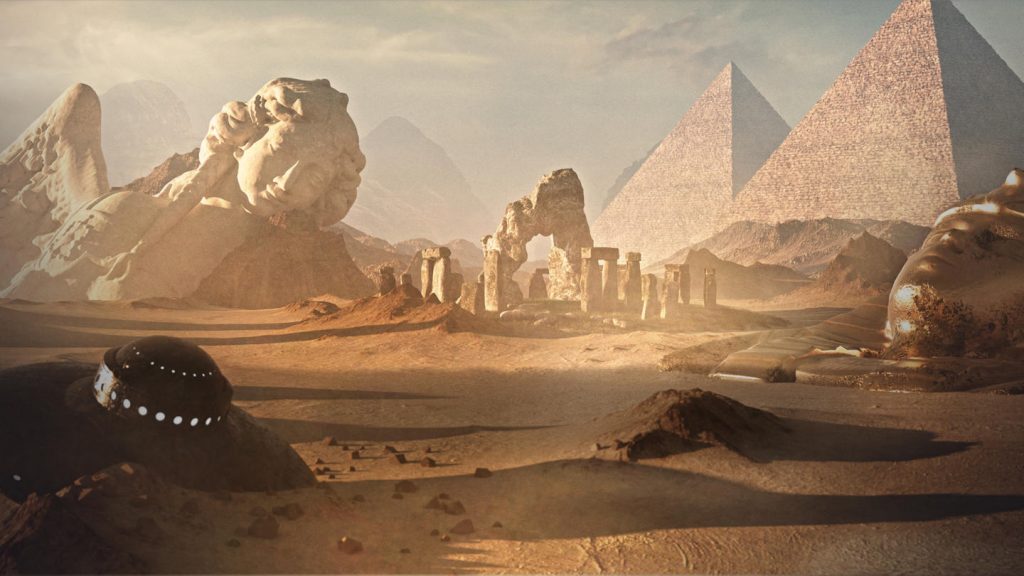 We began this list with a documentary series, and again at the end of it all, here is a documentary series to wrap things up. ‘Ancient Aliens‘ follows a similar hypothesis as ‘In Search of Aliens.’ The show tries to investigate into claims that ancient humans had learned all the skills required to sustain life from aliens who had come down to the earth. The series received widespread popularity among viewers despite coming under scathing criticism of scientists and historians alike. Giorgio A. Tsoukalos, who serves as the presenter of ‘In Search of Aliens’ also appears as an expert consultant in this series. You can watch ‘Ancient Aliens’ for its unique perspective, but take whatever the show says with a pinch of salt.