Are Ace Hood and Shelah From Love & Hip Hop Still Together? 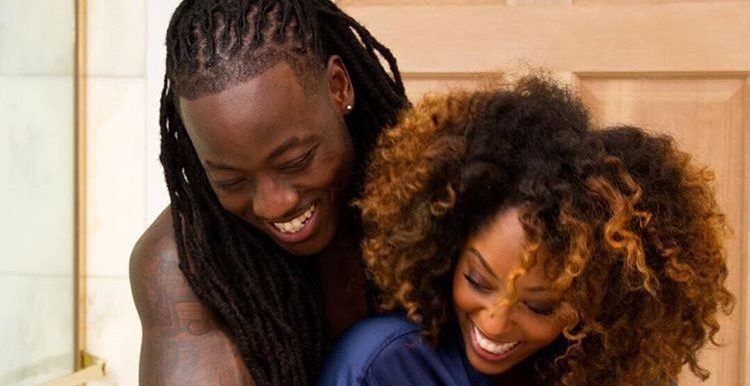 ‘Love & Hip Hop’ is a reality TV series franchise that follows the daily lives of hip-hop and R&B artists and other related executives who have their work bases in different parts of the country. The success of the original, ‘Love & Hip Hop: New York,’ led to various spin-offs in Atlanta, Hollywood, and Miami. ‘Love & Hip Hop: Miami’ first premiered in January 2018 and particularly follows hip-hop musicians who specialize in Southern hip hop, Latin music as well as reggaeton in the Miami region. One popular couple who is the latest addition to season 4 is Antoine Franklin McColister AKA Ace Hood and his wife Shelah Marie.

Beginning his career in 2008 with well-known record producer DJ Khaled’s label We the Best Music Group, Ace Hood released several successful albums. His 3rd album ‘Blood, Sweat & Tears’ (2011) features the highest-charting single, “Hustle Hard,” and his 4th album ‘Trials & Tribulations’ (2013) includes the song “Bugatti,” which are some of his best work. When the newly married rapper decided to enter the show, his personal life with his wife gained the limelight, making his fans curious to know more about it. If you’re eager to know more about the same, here’s what we know!

Ace Hood and Shelah Marie have a sweet and romantic journey that began way before entering the reality show. They reportedly met in 2015 during the NBA All-Star Weekend festival season at a club in New York. The two soon felt a deep connection with each other to a level that they slowly began falling in love and got into a proper relationship. They both are great believers of God and have a calm and sorted approach to dealing with any issue that comes their way.

In 2017, the couple also made headlines when they talked about going for couple’s therapy to reach a transformed and calmer state in their relationship. They described how they began practicing yoga in the summer of 2016 and kept on with it for a year to feel the results. Shelah further added that couples’ yoga not only benefited their physique but also helped them get in tune with their bodies and better communicate with their partner. Ace got down on one knee and proposed to his longtime girlfriend in April 2019, with the latter getting all ecstatic and exclaiming, “YES!”

Almost a year later, Ace and Shelah got married on February 7, 2020, in Miami. Eventually, they joined the cast of ‘Love & Hip Hop: Miami’ in August 2021. Before that, the ‘Blood, Sweat & Tears’ artist was called out by his baby mama, Shanice Sarratt, for allegedly not paying the full amount of child support. Ace and Shanice share a twin daughter Sailor Blu (the other twin, Lyric, died shortly after birth), and a son Antoine Jr. from long before meeting Shelah. Ace dismissed those accusations saying that he had a good co-parenting relationship with the mother and loved his children dearly to have made such an error.

On the show, Ace and Shelah faced a different set of challenges, such as the latter opening up about her anxiety to Ace. She talked about coping up with Ace Hood, the star, and not her goofy husband, Antoine. The pressure of featuring on TV and presenting themselves a certain way surely took a toll on both of them, especially Shelah. However, Ace accepted her struggles and assured Shelah to help her get past her anxieties.

The pair both also faced some challenges regarding Ace’s mother, who was initially feeling territorial about her son. That is also later dealt with time and a conversation between Ace’s mother and Shelah. After several ups and downs on the show, fans of the couple must be eager to know if they are still married or if the challenges in their life took a toll on their relationship. Well, here’s everything you need to know!

Are Ace Hood and Shelah Marie Still Together?

Yes, Ace Hood and Shelah Marie are still together. The couple is happily married and living their best life in Miami in the company of their friends, family, and Ace’s kids. The issue that arose between Ace and his baby mama regarding the two kids also seems to be solved as the couple and the kids can be seen enjoying holidays together and also spending quality time in their home as a family.

As far as their professional growth is concerned, Ace released his newest album, ‘M.I.N.D’ (Memories Inside Never Die), in February 2022, and also released the latest single, “Energy,” in June of the same year. He also does tours and events, where he performs his latest music for his fans. Shelah, on the other hand, is a wellness influencer and the founder of Curvy, Curly, Conscious, which is a platform to connect and communicate about self-love and body positivity, especially for “women of color.”

As of writing, the entire family also seems to be highly supportive of each other. Ace Hood and Shelah Marie also manage to take time out of their busy schedules to travel to various beautiful destinations together. Thus, we wish the couple and the family all the best for anything they embark upon in their personal or professional lives.

Read More: Are Sierra And Eric From Love & Hip Hop Still Together?