Are Addison and Zed Dating in Real Life? 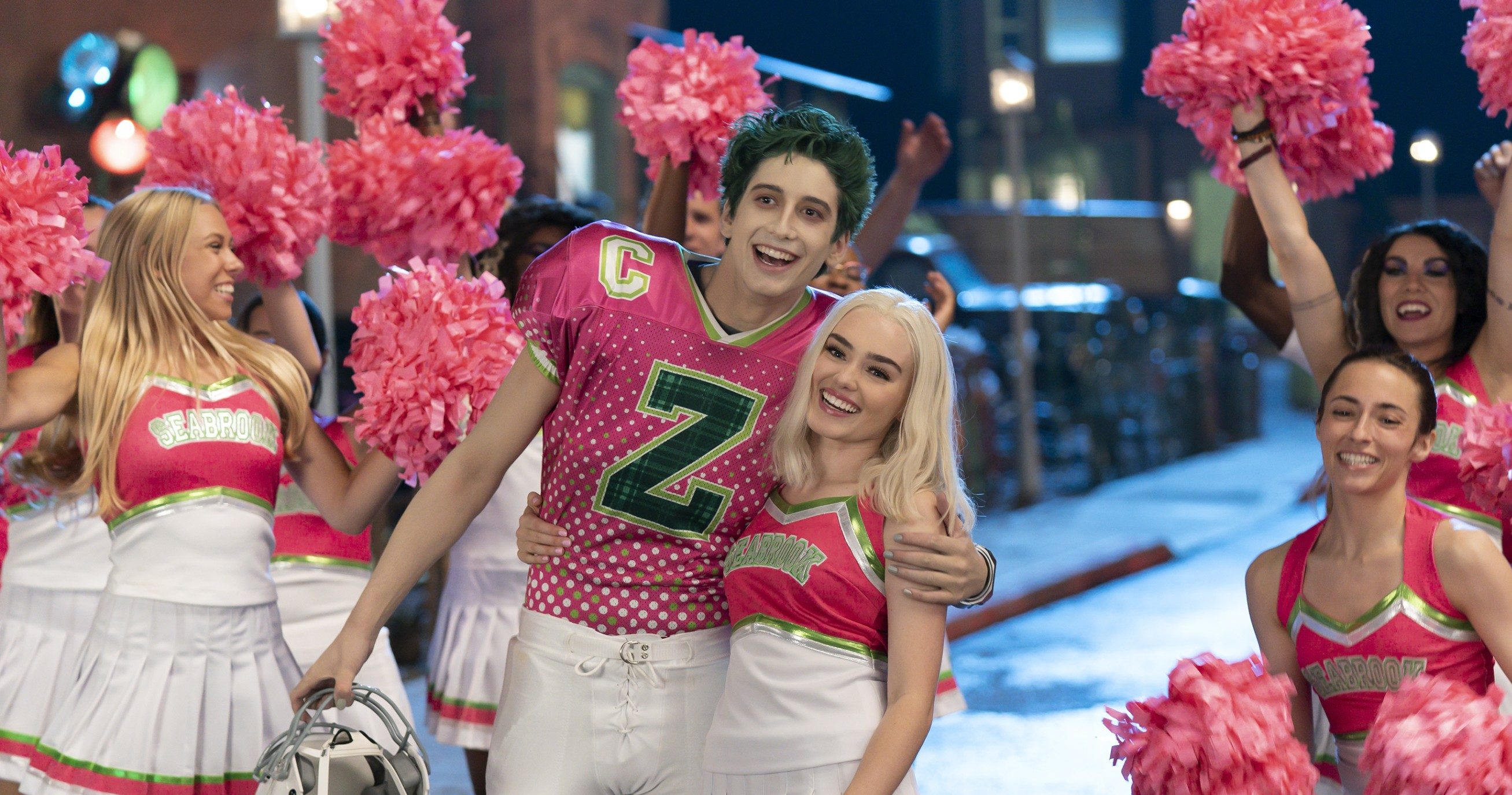 Directed by Paul Hoen, Disney+’s musical film ‘Zombies 3’ centers around the heartening romance between Addison and a zombie named Zed. The perfect couple’s relationship gets challenged when an alien spaceship lands in their town of Seabrook. Still, they manage to protect and cherish their love for each other. Addison even tries her best to help Zed to accompany her as she joins a college. Since Addison and Zed’s love is captivating, the admirers of the same have been wondering whether the actors who portray them, Meg Donnelly and Milo Manheim respectively, are dating too. Well, let us share the answer!

No, Meg Donnelly and Milo Manheim are not dating in real life. Addison and Zed’s relationship is the foundation of Disney’s ‘Zombies’ film series and the same has played a pivotal part in the franchise’s success as well. Naturally, fans of the three ‘Zombies’ films have been curious about whether Meg and Milo’s on-screen chemistry is the extension of their real-life relationship. Since the third film of the franchise celebrates the two characters’ love amid the presence of aliens, the curiosity must have reached its extreme. However, Meg and Milo aren’t dating and the endearing moments we see on-screen are the displays of two committed performers.

Milo had addressed the rumors of him dating Meg in a recent interview and even added that he understands why people are thinking about the same upon watching Addison and Zed. “I mean I get it, when I watch Zed and Addison, it’s a match made in heaven,” Milo told J-14. “Me and Meg’s relationship has gotten a lot stronger, you know, of course we hit it off in the beginning, but now Meg is one of my best friends,” he added, making it clear that the two of them are sharing an admirable friendship and nothing more.

Meg had been vocal about her friendship with Milo in several instances. “I get it. We’re perfect. So it makes sense,” Meg said about the dating rumors, joining Milo, in the same interview. The two of them started nurturing their friendship even during their audition stages. “We met during the audition process. On the last one, we really got to know each other,” Meg told People. “They wanted us to sing a duet and we sang ‘Love Is An Open Door’ from Frozen. We really relied on each other. And we formed such a special bond,” the actress added.

Even though Meg is not dating Milo, she is reportedly dating another ‘Zombies’ co-star Noah Zulfikar, who portrays Jacey in ‘Zombies 2.’ In January 2022, Meg had shared numerous photos of the couple as well. “celebrating u today & always,” Meg shared with the photos. “there’s no life without you in it. i love you shmeefus,” she added. There are speculations that Meg and Noah got together around two years back. Noah also features in the music video of Meg’s “Impress.” Apart from ‘Zombies 2,’ the actor appears in ‘The Next Step,’ ‘The Price of Perfection,’ ‘In the Dark,’ etc.

Milo, on the other hand, has chosen to keep his dating life private and never talk about the same publicly. However, there are rumors of him dating his ‘Prom Pact’ co-star Peyton Elizabeth Lee, especially after Peyton shared a photo of the two of them, announcing Milo’s addition to the cast of ‘Doogie Kamealoha, M.D.,’ in which Peyton portrays Lahela ‘Doogie’ Kamealoha. Milo and Peyton haven’t responded to the rumors.

Read More: A-Spen Gender: Is A-Spen from Zombies 3 a Girl or Boy?