Are Binyamin and Batsheva Weinstein From My Unorthodox Life Still Married? 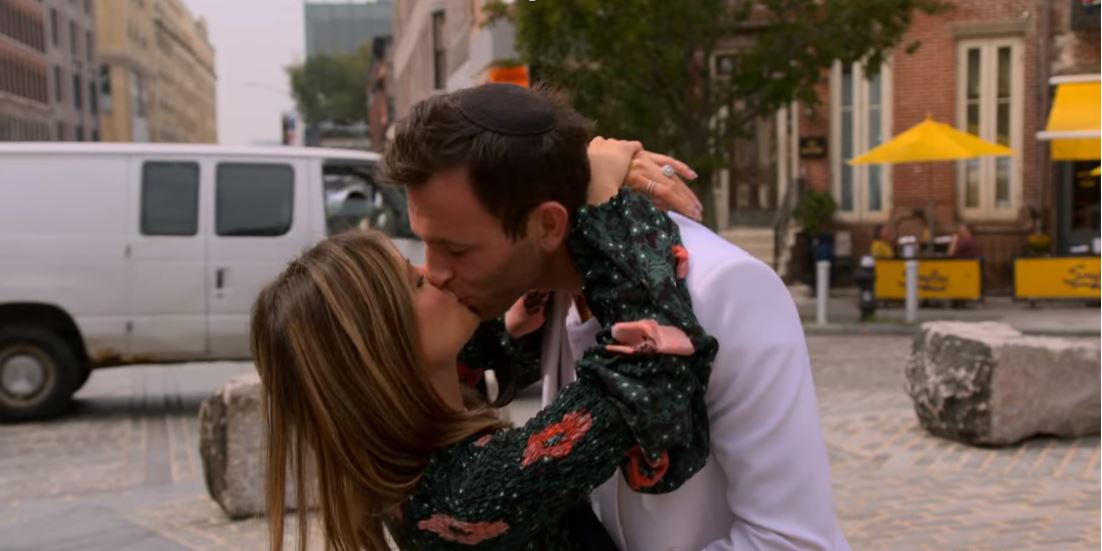 Mixing glitz and glam with glatt in a reality series that follows the escaping-from-an-ultra-orthodox-community premise, ‘My Unorthodox Life’ centers on Julia Haart and her children as they attempt to find a balance between their personal and professional lives in the modern world. Batsheva “Bat,” Julia’s eldest, had trouble accepting her mother’s decision to leave the community, especially as Bat had married Binyamin “Ben” Weinstein just days before, as per the show.

With time, however, things improved between the mother and daughter and the two became a family again. However, religion still affected Binyamin and Batsheva’s marriage. Curious to know whether the couple is still married? Let’s dive in!

Batsheva and Binyamin Weinstein met and fell in love when they were mere teenagers. Hence, they continuously sought to pursue their parents to let them get married in order to establish a “proper” relationship and life. After all, they were still in the orthodox civilization, so Bat and Ben were required to be in matrimony to date and get physical. Therefore, when Bat was 19-years-old, the couple tied the knot, days after which Julia Haart left the society. Even though Bat did not talk to her mother in the ensuing years, Ben continued the communication to keep the line open for Bat.

A post shared by My Unorthodox Life- Batsheva (@batshevahaart)

Eventually, the Weinstein’s relocated to the “real” world and slowly began to blend the aspects of modern life into religion. They’re still Jewish and follow the rules, but they do not abide by a few particular constraints per se, and that is where some of their issues lie. As we see on the show, while Bat wanted to start wearing pants in public, Ben was uncomfortable because he was not used to it or even on the same page. Gradually, though, through understanding and compromise, they agreed that Bat can do whatever she wants but that Ben’s opinion should hold a weight in essential matters.

The other cause of friction between the otherwise loving couple was kids. While Ben wanted to be a father as soon as possible, Bat clarified that she wished to wait, build a secure career, and live her life before welcoming a child into this world. She admitted that she wanted to be wholly ready for them. Again, they reached the middle ground when Ben proposed fertility tests to know that they weren’t on a clock. So when things were deemed okay, this chapter was closed for a while as well. Despite their arguments, Ben and Bat proved that love conquers all in the presence of mutual effort.

Are Binyamin and Batsheva Still Together?

Of course, Binyamin “Ben” and Batsheva “Bat” Weinstein (née Haart) are still together and happier than ever! They’ve had their fair share of ups and downs, but because they never fail to show with their actions that they truly love and care for one another, we can say with certainty that the two have managed to make their relationship work. In fact, the show presents perfect examples of the intensity of Ben and Bat’s love for each other. When Ben was struggling in his profession, Bat was okay with letting him figure out his passion.

A post shared by My Unorthodox Life- Batsheva (@batshevahaart)

In the same way, when Bat felt that her husband didn’t think her influencer job was real, Ben ensured that his surprise was filmed to help her benefit from the same. According to his LinkedIn profile, Ben technically still serves as a licensed real estate agent in New York City. Interestingly, in 2014, he served as an Operations Coordinator at his mother-in-law’s company for a few months. As for Bat, she’s an accessories designer, a social media freelancer, a blogger, and a public figure/influencer through and through.

The adorable couple seems content with their lives and interpersonal relationship at the moment, as made evident from their Instagram, but we can’t wait to see what they’ll do next. Ben isn’t very active on his social media profiles anyway, but Bat’s profession ensures that she never misses out on an opportunity to show off their love and adventures together.

Read More: Are Julia and Silvio Haart Still Together?