Are Chuck and Wendy Together in Billions Season 6? 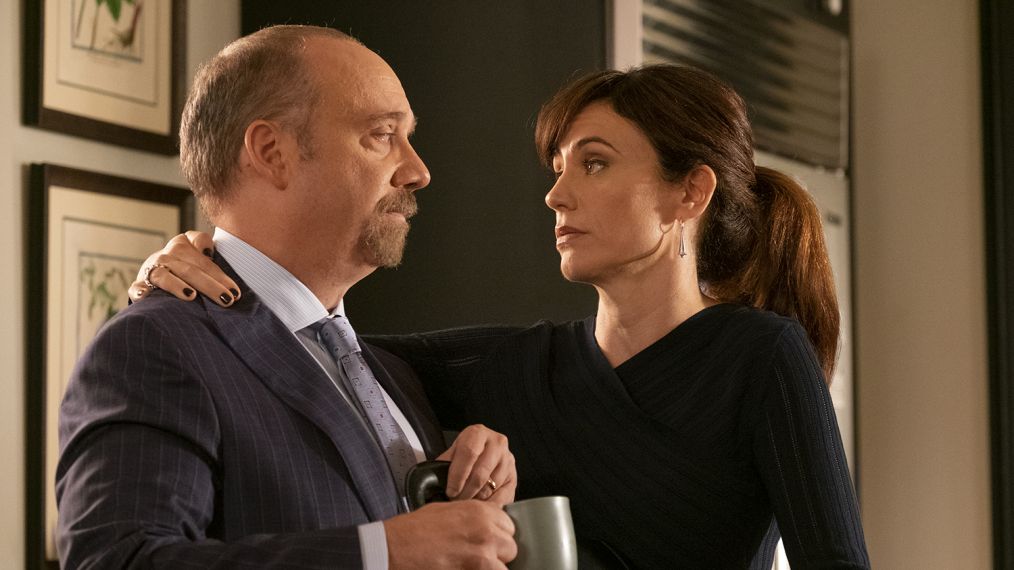 In the first few seasons of ‘Billions,’ Charles “Chuck” Rhoades (Paul Giamatti) and Wendy Rhoades (Maggie Siff) are an unconventional TV couple. They radiate power. He is a U.S. Attorney for the Southern District of New York, while she is a psychiatrist and performance coach who works at the hedge fund company Axe Capital and earns even more than her husband. They have two children together. Inside their bedroom, they are BDSM practitioners, with Wendy playing the role of the mistress. When Chuck decides to go after Bobby Axelrod, her boss, she inevitably gets caught in the conflict between the two men, and that drastically affects her marriage. If you are wondering whether Chuck and Wendy are divorced in ‘Billions’ season 6, we got you covered.

Are Chuck and Wendy Divorced in Billions?

Yes, Chuck and Wendy are divorced in ‘Billions’ season 6. In the season 6 premiere, titled ‘Cannonade,’ Chuck refers to Wendy as his ex-wife. Their relationship begins going out of control when Chuck starts his investigation on Bobby. Initially, he tries to keep it a secret from her, but she eventually finds out. She spends the next few seasons stuck between the two men in her life. She and Chuck have been married for a while, but she has worked for Bobby for a longer period. The sense of loyalty she has for the billionaire seems to be mutual. Their relationship is so personal that it makes Bobby’s then-wife Lara uncomfortable.

However, this doesn’t stop Bobby from threatening Wendy when he erroneously thinks she has betrayed him. Although Bobby later apologizes, the incident makes Wendy realize that Bobby has too much power over her. In the later seasons, the growing feud between Chuck and Bobby drastically affects her marriage with Chuck. They separate for a while before seemingly patching things up. In season 4, while running for public office, Chuck is blackmailed by his opponent about his and Wendy’s lifestyle. Instead of standing down, Chuck holds a press conference and tells the world the truth. However, this moment of bravery further damages his marriage.

In season 5, the relationship between Bobby and Wendy has finally taken an undoubtedly romantic turn, further fuelling Chuck’s desire to arrest Bobby for good. When Bobby finds a way to flee the trap Chuck set up for him, he asks Wendy to join him. However, she refuses. While she desperately wants to follow Bobby in exile, she can’t just leave her children behind. In season 6, Bobby seems to be gone for good. And both Chuck and Wendy seem to have moved on from the dissolution of their marriage.

Their relationship dynamic is still bound to play a significant role as Chuck goes after Wendy’s current boss, Michael Prince. When they were together, Chuck and Wendy were the perfect example of a power couple. But the series has shown since then how ill-suited they were for each other. In season 6, they are free of each other, which will most likely lead both characters toward interesting directions.

Read More: Is Billions Based on a True Story?