Is Billions Based on a True Story? 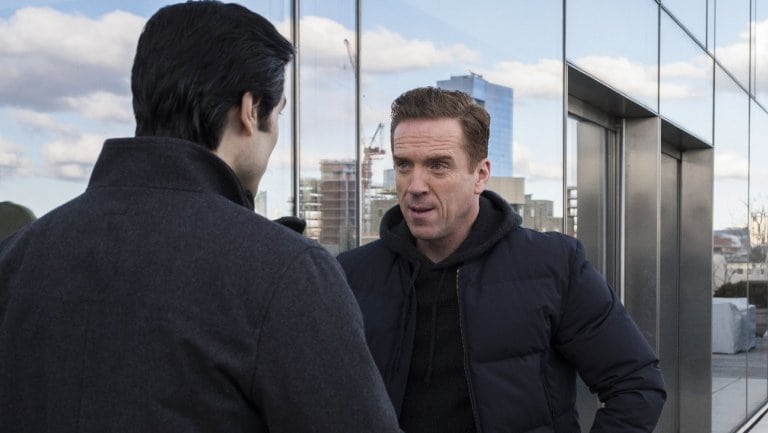 ‘Billions‘ is one of those television series that makes one daydream wishfully, thanks to its portrayal of luxury and “fuck you money.” Similar to shows like ‘Succession,‘ the movie nails the ultra-rich lifestyle well, matching its characters’ net worth with its high production value. The Showtime series stars Damian Lewis of ‘Homeland‘ fame, Maggie Siff from ‘Sons of Anarchy’, and Paul Giamatti in leading roles.

Lewis plays Bobby ‘Axe’ Axelrod, a hedge fund kingpin who gets targetted by a sincerely ruthless attorney, Chuck Rhoades for charges like insider trading. The series has been praised for its re-watchability and borderline soapy entertainment.

Is Billions Based on a True Story?

No, ‘Billions’ is not a true story but has been inspired by some of the real-life events. To be clear, the characters of Bobby and Chuck are almost entirely made-up, and so is the plot. However, the series’ writers have taken inspiration from various actual cases and events from Wall Street. Insider trading is a reality. Super-rich hedge fund managers earning billions of dollars through unfair and illegal means is also a reality. Fortunately, attorneys like Rhoades going after such people is also a reality.

Preet Bharara vs. Steven A. Cohen

The battle between Bobby and Chuck is similar to, and according to the Wall Street Journal, loosely inspired by Preet Bharara, an attorney for the Southern District of New York, going after one of the most powerful men in Wall Street Journal: Steven A. Cohen. Cohen founded S.A.C. Capital Advisors, a $14 billion hedge fund. According to The New Yorker, “he was short and thick, had a fierce mind and a quick temper, and he lived in a thirty-five-thousand-square-foot mansion in Greenwich, Connecticut.”

However, unlike the show’s billionaire protagonist, Cohen agreed to settle for $1.2 billion apart from turning his fund into a home office and pleading guilty. However, Cohen’s usage of “fuck you money” was as showy as that of Bobby’s. After rebuilding his image through aggressive P.R. operations, Cohen was soon back in the game, founding Point72 Ventures. As of February 2020, his net worth stood at a staggering $14.1 billion.

However, the protagonist of ‘Billions’ is also believed to be an amalgamation of multiple characters like Cohen. For instance, Bobby’s fight with a rival is similar to the real-life hedge fund manager Bill Ackman’s conflict with Carl Icahn. Apart from that, a few events in the second season are also loosely inspired by the scandals that marred Salomon Brothers, an investment bank.

The Salomon Brothers had been caught by the U.S. Securities and Exchange Commission and other government officials for the submission of false bids in an attempt to purchase more than the permissible amount of treasury bonds for a single buyer. This led to the Salomon Brothers having to pay a fine of $290 million: the highest penalty levied against any bank at the time.

The Wall Street performance coach, Denise Shull, filed a copyright infringement case against Showtime and the creator of ‘Billions,’ Andrew Ross Sorkin. She accused the show of copying her book, ‘Market Mind Games’, and, more specifically, the character of Dr. Wendy Rhoades. However, Showtime sought a dismissal of the case, stating that the book and the show were completely dissimilar.