Where is Billions Filmed? Here Are All the Filming Locations 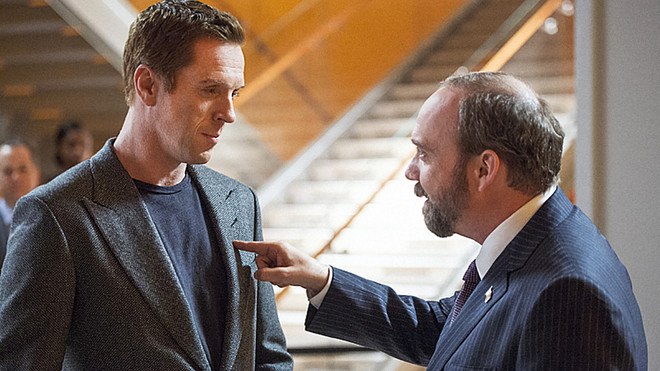 ‘Billions’ is a gripping dramatic tale of how the legal system tries to keep in check the evils of big money. Over the seasons, we have seen Rhoades, a motivated lawyer who has an intense dislike for how big moneyed individuals buy their way out of problems. He often crosses paths with Axelrod, an ambitious hedge-fund manager with animal-like instincts. Although charitable on the surface, Axelrod resorts to bribery and insider trading to amass and grow his wealth. Naturally, it puts the two men at odds, which is further compounded by Rhoades feeling overshadowed by his wife, a psychiatrist working for Axelrod.

The series is loosely based on the legal battle waged on Steve Cohen, the hedge fund manager of S.A.C. Capital Advisors, by Preet Bharara, the former U.S. Attorney of the Southern District of New York. Since the story itself is based on real-life events, you might be wondering about where it has been filmed. The choice of location becomes essential to capture the authenticity of a tale, and ‘Billions’ does not shy away from making smart decisions to portray where the characters come from. Without further ado, let us walk you through the filming locations of ‘Billions.’

‘Billions’ has been almost entirely filmed in and around New York. The show has hit places like Yonkers City, Manhattan, Brooklyn, and Orangeburg. Locals are bound to recognize some of the spots, as we take you through the specifics. However, before that, check out the tweet that confirms that ‘Billions’ has been filmed in New York.

For ease of access, we have clubbed the filming across boroughs under New York City, itself. Within New York City, filming has taken place at 46th st and 3rd ave. It has also been shot in areas around the Upper West Side. You can check out a tweet about it, below.

Extensive filming has also taken place around the Tribeca area. As you can see from the notice below, scenes have been shot at the north side of Harrison St., the East side of West St., between Chambers and Moore streets.

You can check out some filming notices confirming that areas around Chambers Street and West Broadway have also been used to film the series.

Apart from that, scenes have also been filmed at Murray St. and Church St. in Tribeca. You can check out the tweet, confirming the same.

Since ‘Billions’ deals with big moneyed people, it makes sense for the series to film near Wall Street, which is where some of the biggest hedge fund firms are located. In the series, Axelrod sponsors the New York Stock Exchange tree lighting. You can check out the filming notice concerning Wall St. and South St.

Other filming locations, within the city, include 7th Avenue between 17th and 20th Streets, and Pine & William St. Scenes have also been shot at Hanover and Water Street in Manhattan. Check out the tweet below.

Scenes have been filmed in Brooklyn, in places like Costello’s Inn on Nostrand Ave./Quentin Rd. Parts were also shot in and around Water Street. Check out the tweet from a local news account below.

Queens features prominently in the series as well. Scenes have been filmed at Middle Village and Metropolitan Ave and 78th St. You can check out a tweet about it below.

@olv Billions filming in Middle Village, NY Mon 12/17 & Tues 12/18. Metropolitan Ave and 78th St. my guess is they are filming in the pizza place like they did in seasons past. pic.twitter.com/LhcErhKNi1

As you can see, the tweet mentions scenes being shot at a pizza place. In the show, it is Cappanello’s Pizzeria, Axelrod’s favorite pizza parlor from childhood. While the joint is supposed to be in Yonkers, where the character grew up, the scenes are filmed at Rosa’s Pizzeria in Middle Village. Notably, Glendale and Greenpoint, in Queens and Brooklyn, also appear in ‘Billions.’ Check out the tweet with detailed filming information, below.

Robert “Bobby” Axelrod is shown to have grown up in Yonkers City. Accordingly, some scenes are filmed on location, for an added degree of authenticity. According to the actor’s site, filming has taken place at Yonkers City Hall, 40 S. Broadway. As per news reports, scenes have also been shot in a private building on Alexander Street, apart from Empire City Casino and the Glenwood power station. You can check out a tweet from the Mayor about ‘Billions’ being shot in Yonkers City.

The Showtime series Billions has returned to Yonkers City Hall for filming. It was great to catch a picture with actress, Condola Rashad "Kate Sacker" and actor, Damian Lewis "Bobby Axelrod." #FilmYonkers pic.twitter.com/ERVuvr5Udm

Considering that Axe Capital, Axelrod’s firm, is located in Orangeburg, it appears prominently across the series. Scenes have been filmed in Westchester and White Plains. When Chuck and Wag meet Hal, the fixer, it is at American Dream Diner, also located in Orangeburg. Check out a tweet about filming taking place here.

Apart from the various locations mentioned, ‘Billions’ has also filmed certain scenes in D.C. As Rhoades moves up the political ladder, some action inevitably takes place in Washington DC, the political power center of America. Check out the tweet about filming below.

Lastly, we know that ‘Billions’ headed to the Adirondacks, to film at the Whiteface Mountain Ski Center. While most scenes were shot inside the center, some filming took place along the Veterans Memorial Highway. You can check out a tweet from Damian Lewis, who plays Axelrod, about filming in the spectacular area.

In conclusion, ‘Billions’ has extensively filmed in and around New York, while occasionally venturing out, to portray a tale that is bound to stick with us for a long time.