Are Courteney Cox and David Arquette Still Together? Why Did They Divorce? 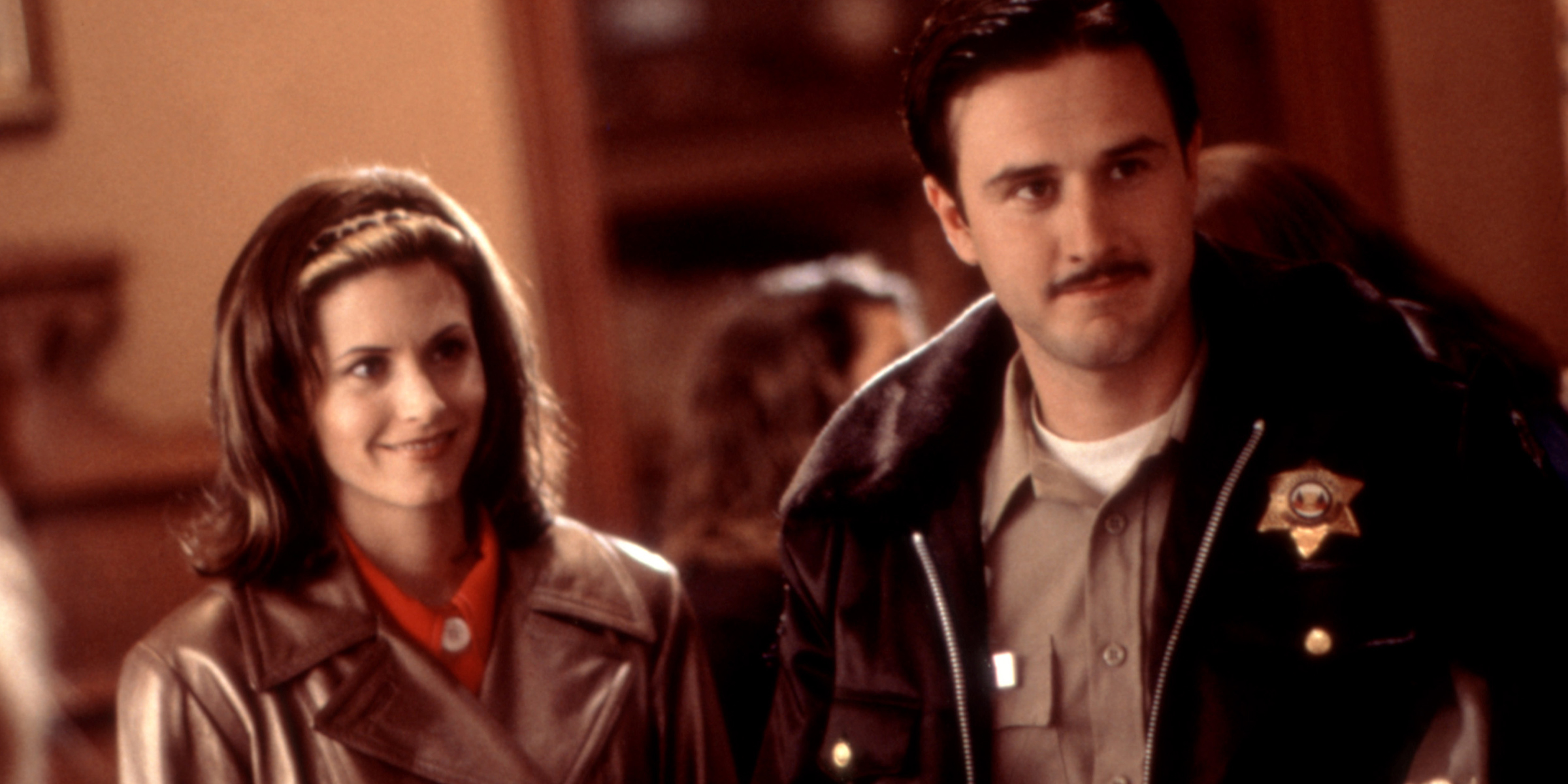 Courteney Cox is a renowned figure in the entertainment industry. Arguably most famous for her portrayal of Monica in the sitcom ‘Friends,’ Courteney has long been winning the hearts of her fans through her engaging performances. It wasn’t long after being cast in ‘Friends’ that Courteney climbed the ladder to success and became a star in her own right.

This outstanding actress met David Arquette in 1996. Arquette, who was already known for his role in ‘Buffy The Vampire Slayer,’ fell hard for Courteney on their first meeting. After dating for a few years, the couple got engaged in 1998 and exchanged vows in a grand ceremony in 1999. With their marriage and relationship being one of the more popular ones in Hollywood, fans were devastated when reports of their apparent split started emerging. Let’s find out where Courteney Cox and David Arquette stand today, shall we?

Courteney Cox and David Arquette got acquainted at a party before filming commenced on the 1996 movie ‘Scream.’ The couple, who plays each other’s love interest in the film, also connected in real life. At that time, Courteney was a huge name in Hollywood because of her work in ‘Friends,’ while Arquette, though a great actor, had not yet reached that status. Arquette has often mentioned how even though it was love at first sight for him, Courteney did not take to the actor initially. Arquette said he had to pursue the actress and even flirt with her before they decided to start dating in 1996. 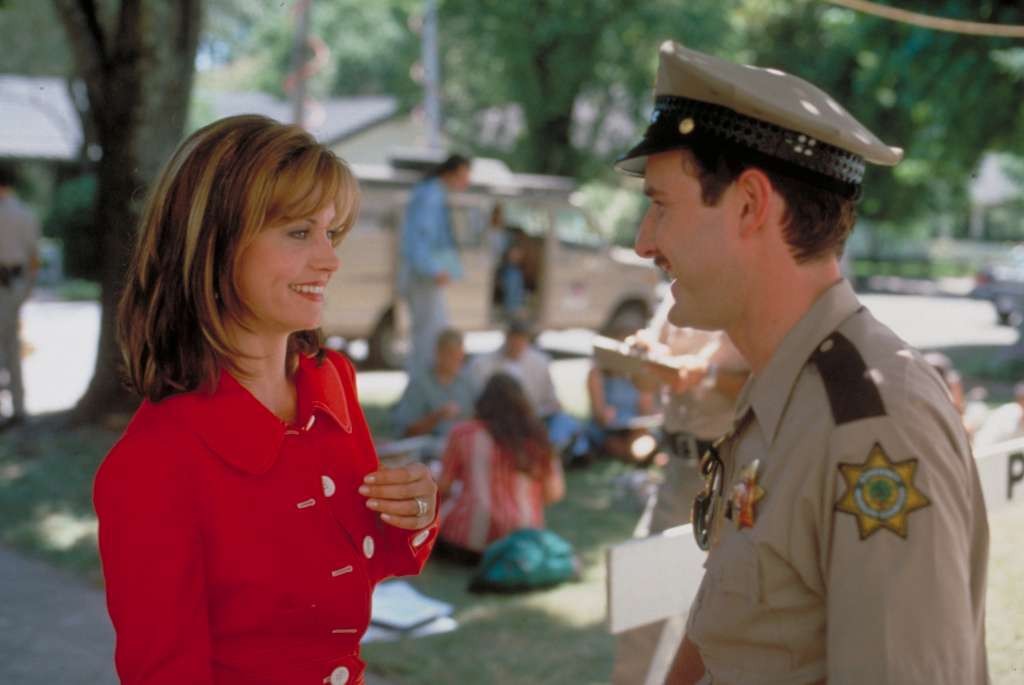 In 1998, two years after the couple started dating, David Arquette decided to propose marriage to Courteney, who said yes. The very next year, on June 12, 1999, the couple tied the knot in a lavish and beautiful wedding ceremony in San Francisco’s Grace Cathedral. Their wedding was a massive affair with many Hollywood greats, including the whole of the ‘Friends’ cast present. In the initial years of their marriage, the couple was happy together. They often made public appearances and seemed to be completely smitten with each other.

On June 13, 2004, the couple welcomed their daughter, Coco Arquette, into this world. Though the arrival of their daughter was a wonderful time for the couple, Courteney later mentioned that she had to live with post-partum depression, which set in six months after her daughter was born. Though cracks started appearing in their marriage just a few years later, Courteney and David decided to keep their matter private and not express much to the public.

Hence, most people were taken aback in 2010 when reports emerged about the couple being separated. After separating, the couple decided to co-parent their daughter Coco but did not file for divorce yet. Two years later, in June 2012, David Arquette filed for divorce, with both parties citing irreconcilable differences as the reason for their separation. The divorce was finalized in 2013.

Why Did Courteney Cox and David Arquette Divorce?

Though Courteney Cox and David Arquette tried to keep their divorce as civil and amicable as possible, some drama seeped through their cover of privacy. Even when the couple was separated, there were numerous speculations about the reason for their breakup. On October 12, 2010, David shared a few details about their private life on the ‘Howard Stern Show.’ He explained how even though the couple was not officially divorced, he allegedly had free reign to date anyone else that he wanted to. Furthermore, he said that the couple had intimacy troubles for months before their separation. He even mentioned that once he slept with another girl after separating from Courteney, the end of the intimacy with his former wife brought him to tears.

In 2011, more details about their separation emerged when the couple appeared together on the ‘Howard Stern Show.’ Courteney cited differences in their personality and lifestyle as the reason for their divorce and said, “We probably don’t get as real as we needed to as we do now. There are a lot of things that David likes to do completely the opposite of things I do. I’m a homebody. David…doesn’t drink anymore, he’s completely sober, but he likes to go out and dance.”

She also mentioned that while David was a very outgoing person, she was more of an introvert. Furthermore, there was also some drama when details about the couple’s sex life were revealed through the same show. Courteney did mention that David’s alleged over-eagerness to get intimate most of the time also drove a wedge in their personal life.

In 2016, Courteney appeared on an episode of ‘Running Wild with Bear Grylls’ where she divulged even more reasons for them separating. She said that the relationship ended “naturally,” and after careful consideration of their relationship, the couple found out that they were more like friends than husband and wife. Thus, their separation and divorce too were amicable. After the divorce, David and Courteney agreed to co-parent their daughter Coco together.

Post-divorce, David Arquette had a hard time dealing with life without Courteney even though he later termed it as a “midlife crisis.” He battled depression and alcohol abuse for a long time before deciding to go to rehab and work out his issues. In 2013, David started dating Christina McLarty, a journalist whom he got engaged to in 2014. On April 12, 2015, Christina and David tied the knot in a private wedding ceremony. The couple now has two sons, Charlie West, and Augustus Alexis.

Meanwhile, Courteney Cox has also moved on and found love with Johnny McDaid. The couple started dating in 2013 and eventually got engaged in 2014. Though, later, the couple called their engagement off but has decided to remain together. Courteney and David still maintain an amicable relationship and co-own their production company Coquette Productions.