Are Deena Cortese and Chris Buckner Still Together? 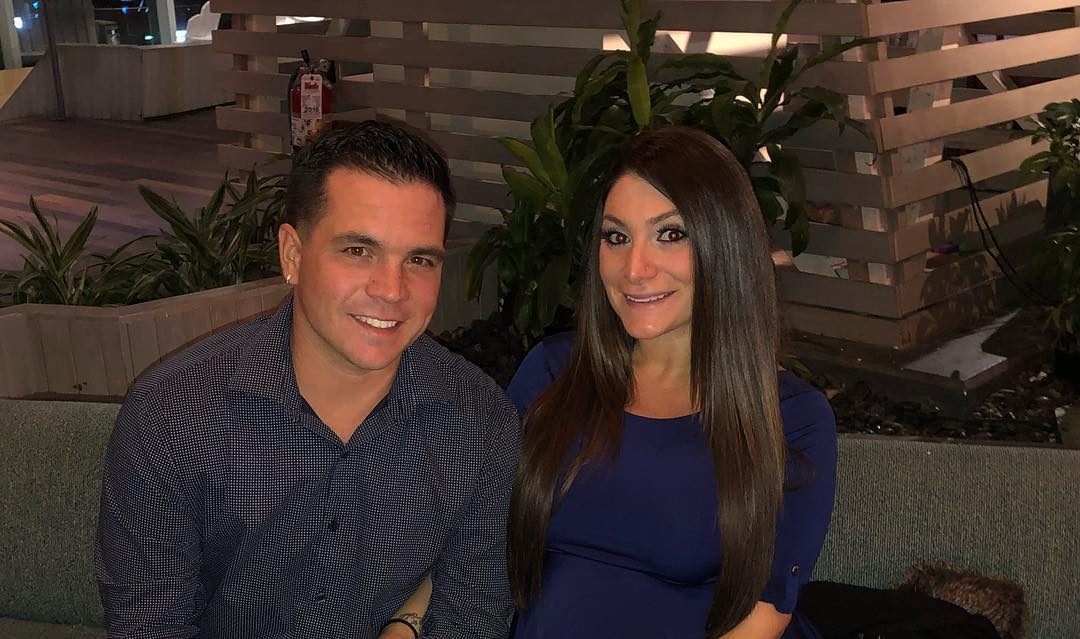 MTV’s ‘Jersey Shore: Family Vacation’ is a spin-off of the network’s iconic reality series ‘Jersey Shore.’ It explores the interpersonal equations of the cast members from the original show as they go on month-long vacations in exotic locations. Since its arrival, the show has witnessed several interesting real-life pairs who have made it even more entertaining.

One such couple is Deena Nicole Cortese and her husband Chris Buckner, whom viewers love due to their sweet and supportive bond. Deena has been a pivotal part of the franchise since the ‘Jersey Shore’ days, where Chris first appeared on season 6 of the parent show with her. He now makes recurring appearances on ‘Jersey Shore: Family Vacation’ with Deena. Fans often wonder what Deena and Chris are up to currently, so here are all the details we have about them!

Deena Cortese met Chris Buckner for the first time in 2011 after she had finished filming ‘Jersey Shore’ season 4. Though the two shared the same friend circle for many years, they had never bumped into each other till then. Deena first saw Chris at a bar and later sent him a friend request on Facebook. Chris and his family were already fans of ‘Jersey Shore,’ and thus sparks flew quickly between the two.

Deena and Chris went on to buy a house together and even adopted a cute dog named Cali. Chris, who works in publishing at Professional Sports Publications, was briefly introduced to the viewers as Deena’s boyfriend in the final season of ‘Jersey Shore’ in 2012. Fans were happy for Deena, and after successfully dating for five years, Chris proposed to her in Mexico in November 2016. The happy couple tied the knot on October 28, 2017.

The second season of ‘Jersey Shore: Family Vacation’ chronicled Deena’s pregnancy in 2018, and she welcomed her first child with Chris, Christopher John “CJ” Buckner, on January 5, 2019. Deena announced the news via a sweet post on Instagram. Chris played an important role in trying to help Deena reconcile with Angelina Pivarnick after the massive fiasco at the latter’s wedding in season 3. However, he began appearing more frequently on season 4 of the show in 2021.

Chris bonded well with the other cast members, and viewers even saw him giving haircuts to all the four male cast members in episode 8 of the fourth season. Deena praised him and highly appreciated his support in the fourth season, as he calmly handled all the public scrutiny and helped take care of their son CJ. But are the charming couple still going strong, or is there trouble in their marriage?

Are Deena Cortese and Chris Buckner Still Together?

Yes, Deena Cortese and Chris Bucker are still very much together. Their love has further strengthened with the arrival of their second child Cameron Theo Buckner on May 1, 2021. Deena was already expecting Cameron when she appeared on season 4, and Chris stood by her like a pillar of strength during that time. The couple often shares sweet pictures to update fans on social media, like this adorable post by Chris on Mother’s Day 2021.

Currently, Deena and Chris are busy raising their two young kids and have their hands full with parenting duties. Deena is also returning on season 5 of ‘Jersey Shore: Family Vacation,’ and Chris and the boys are most likely to make appearances as well. The couple beautifully balances work and family roles and is always there for each other in times of need. Even Deena keeps posting sweet snaps with Chris and the kids. Deena and Chris make the perfect pair, and their relationship is rock solid, having already completed more than four years of marriage. Fans adore them both and wish to see them this blissful always.

Read More: Are Angelina Pivarnick and Chris Larangeira Still Together? Did They Break Up?