Are Geoff and Chante From Lovestruck High Still Together?

Prime Video’s ‘Lovestruck High‘ is an interesting dating reality show as it takes a group of singles from the United Kingdom and makes them spend some time in a typical American high school setting. While the participants experience a high schooler’s life and even attend regular classes, they are given the primary assignment of finding a partner in time for the end-of-year prom. However, with significant prize money on the line, not everyone will make it to the very end; thus, how one conducts oneself will relate directly to their success.

Although Geoff, a 24-year-old Events Trader from Sandy, initially showed a lot of interest in Jody, he soon found out that she is a lesbian. Thus, Geoff began looking elsewhere and came across Chante, 24, who earns a living as a GP secretary in London. Interestingly, Geoff and Chante got off on the right foot and seemed promising as a couple. Yet, have they managed to be together even after the cameras stopped rolling? Let’s find out, shall we?

The moment Geoff set his eyes on his co-participant, Jody, a 28-year-old Boston-based salon owner, he knew that she was completely his type. While he found her to be supremely beautiful, Jody mentioned that she was into the whole tall and muscular vibe. Thus, feeling quite confident, Geoff approached Jody after the first homeroom class and asked her if she would like to go to the homecoming dance with her. However, much to his surprise, Jody revealed that she is a lesbian and even chastised Geoff for assuming someone’s sexuality. 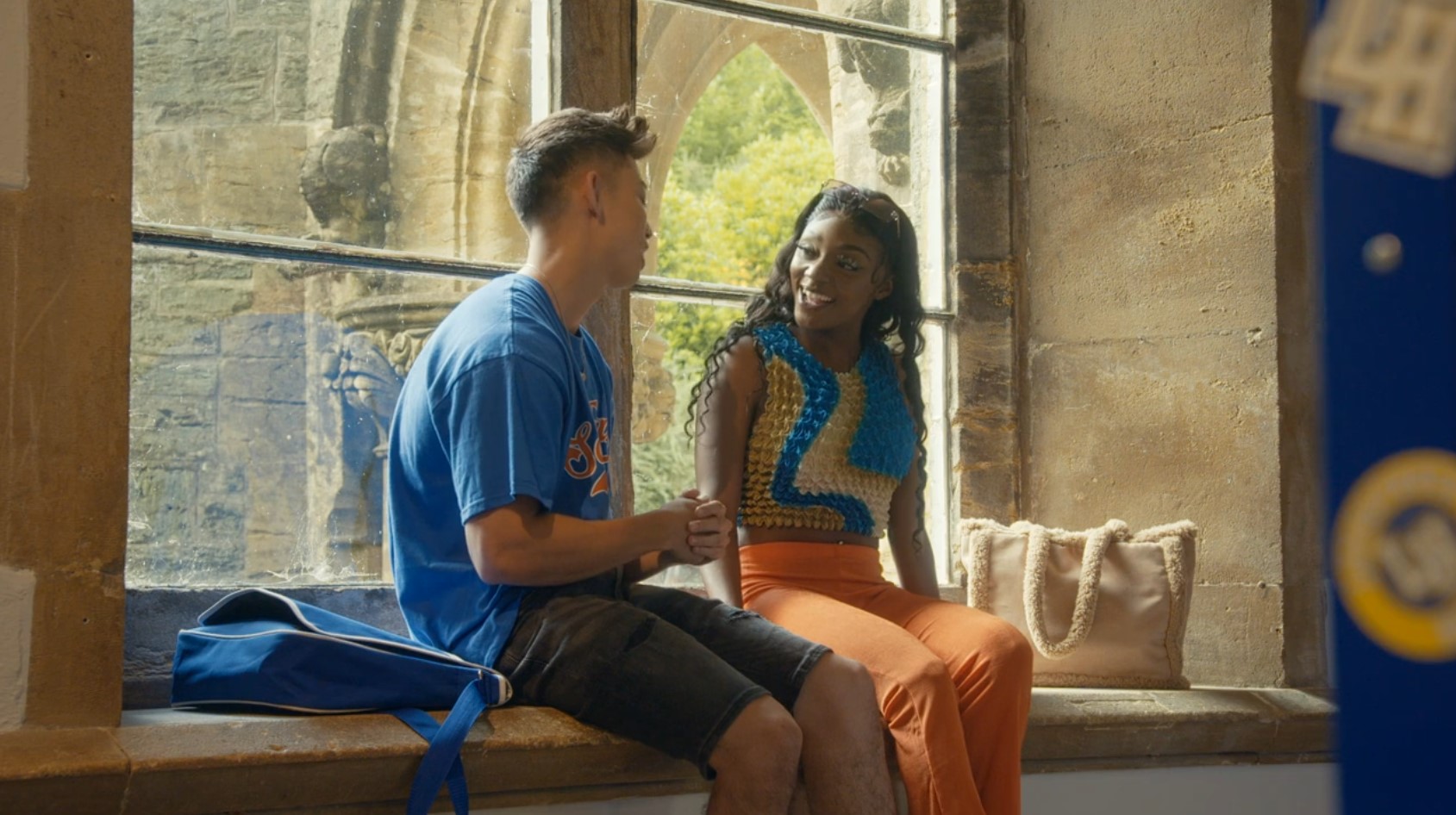 The situation turned awkward too fast, yet Geoff tried his best to own up to his mistakes. However, after facing rejection and being without a partner, the 24-year-old knew he had to act fast if he did not want to stay alone during the dance. Interestingly, the opportunity presented itself at a baseball session when Geoff was paired up with Chante and ended up liking her quite a bit. Thus, the Events Trader decided to take a second chance and asked Chante to accompany him to the dance.

Thankfully for Geoff, she agreed, and the two were hopeful about a budding relationship. Interestingly, Chante and Geoff enacted a scene from Romeo and Juliet during a drama class which led to their first kiss. Moreover, the couple also shared quite a few tender moments at the dance, and their co-participants were very much in awe of their chemistry. Besides, the pair also felt comfortable enough to talk to each other about their past relationships and how they felt they were unlucky in love.

Although Geoff revealed that he prefers relationships to flings, he mentioned that he always tends to move too fast. On the other hand, Chante stated that she loves taking a step at a time, and ultimately, the two decided to take things slow. Thus, in a refreshing change from the other relationships, Geoff and Chante showed a great deal of mutual understanding, which made them a pretty promising couple in the eyes of fans.

Are Geoff and Chante Still Together?

Current developments make it seem like Geoff and Chante are not together and have since gone their separate ways. After filming ended, Chante preferred to keep her life under wraps and did not post much on social media. On the other hand, Geoff kept posting statuses about a supposed breakup and indicated that he was in a rebound relationship around January 2022.

Moreover, Geoff and Chante do not follow each other on social media, further suggesting a possible separation. Thus, from the looks of it, both Geoff and Chante are now leading independent lives, and we wish them the very best for the years ahead.

Read More: Are Max and Yasmine From Lovestruck High Still Together?