Are Glitter’s Helena, Pola, and Marysia Based on Real Sex Workers? 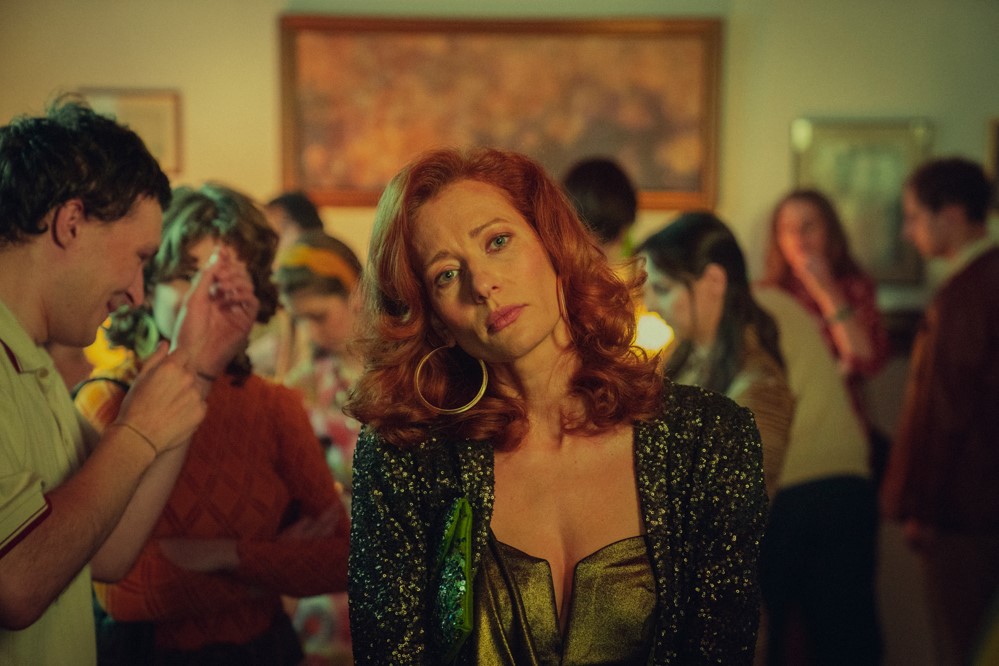 Netflix’s ‘Glitter’ is a period drama series that chronicles the journey of three women, Helena, Pola, and Marysia, who try to live the way they want by fighting against all odds. In the TV show, Helena and Pola are sex workers who wish to leave the profession and do something else. Marysia is a graduate in the making who wants to earn a lot of money. Although the luxurious lifestyle entrances her, she realizes that someone who doesn’t come from a rich cannot become a part of the elite club easily. As the three pursue their goals, we see them evolve as people, which helps them fulfill their dreams.

Helena, Pola, and Marysia’s arcs seem grounded in reality as their challenges, outlook toward life, and circumstances seem authentic. Their overall journey doesn’t seem revolutionary or over-the-top and feels pretty organic and makes the audience wonder if Helena, Pola, and Marysia are based on real sex workers. Well, let us find out, shall we?

No, Helena, Pola, and Marysia are not based on real sex workers. The three are fictional characters in the quasi-fictional series directed by Anna Kazejak, Julia Kolberger, Marek Lechki, and Rafal Skalski. The film portrays sex workers with different motives behind doing their job and distinct desires in life. Helena has a deal with the Polish Secret Service, where she gets a certain amount of respect from people but still has to sleep with others. In addition, she seems to owe her life to Adam, the man who gave her the job. Helena doesn’t want to owe anyone, hence strives to leave everything behind and go somewhere she doesn’t have to deal with anything.

On the other hand, Pola is a single mother who wants to start her own business and aspires to get the same dignity as others around her. She became a sex worker due to difficult financial circumstances and her mother’s inability to provide for Pola. Considering what she has gone through, Pola doesn’t want to raise her child, Jozek, in a similar way. Instead, she hopes to become an entrepreneur and create a sustainable lifestyle for herself and Jozek.

Marysia is in a different stage in her life. She is a clever, street-smart woman who will soon finish her graduation. Marysia doesn’t like the authority of any kind but wants the same power and money as the elite people around her. But, she doesn’t fare well in her graduation, so she has few opportunities. But Marysia still wants people to respect her even if she is a sex worker. So, through Helena, Marysia begins working with the secret service.

If we look at the character arcs of the three protagonists, we understand how their stories are akin to so many real-life sex workers. Some get into the business due to financial burdens, some are merely curious, and others see sex work as a way to fulfill their dream of a better lifestyle. The film attempts to showcase different facets of the business through the three women and how society sees sex workers as a community. The series portrays all events in the women’s lives in an authentic manner and follows them as they get closer to their goals. Thus, Helena, Pola, and Marysia are not based on real sex workers. They carry nuances from real-life counterparts and enable the audience to understand and empathize with real-life sex workers.

Read More: When and Where Does Netflix’s Glitter Take Place?