10 Actresses Who Played Prostitutes the Best 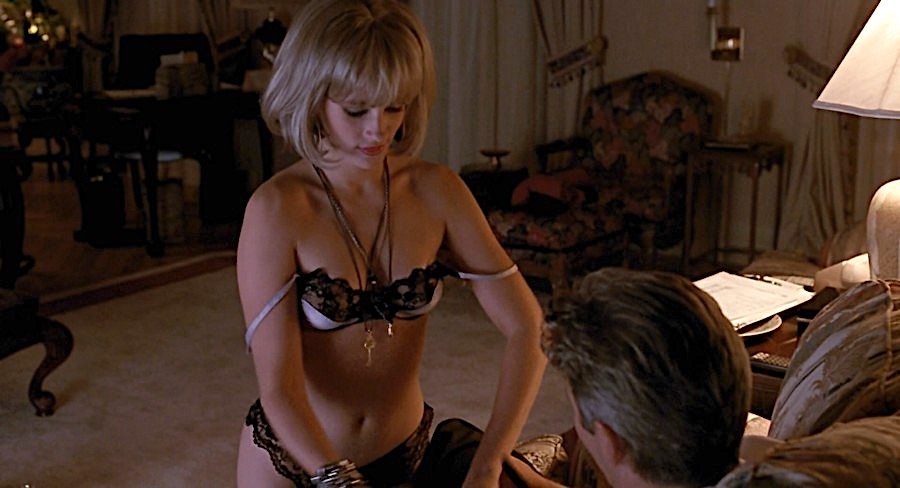 Playing a prostitute on-screen requires guts and subtlety. They are not only ostracized from the society, but are also disgusted and abhorred by people. But what they don’t seem to understand is how this faction is compelled by circumstances to engage themselves for the sustenance of their loved ones. Their hardships, moral quandaries and exploitation have found an empathizing friend in motion pictures. Over the years, the leading ladies of Hollywood and Bollywood have encumbered themselves of accomplishing respect and acceptability for the oppressed group from the general people.  Their endeavors to present the other side of the coin have been vastly praised and influenced people to remit their dogmatic opinions. The skepticism is slowly receding, as the number of films saluting the spirits of these women and presenting them as human augments.

Compassion and empathy have driven these actresses to give some of the most harrowing and provocative performances in recent years. The standard and the magnitude of performances has seen a healthy growth as the years have gone by. This articles not only lists some of the most memorable performances by actresses as prostitutes, but also commends and applauds the undying courage and valor shown by this ostracized faction of the society, whom we should embrace with open arms. Here’s the list of top actresses who played prostitutes the best. 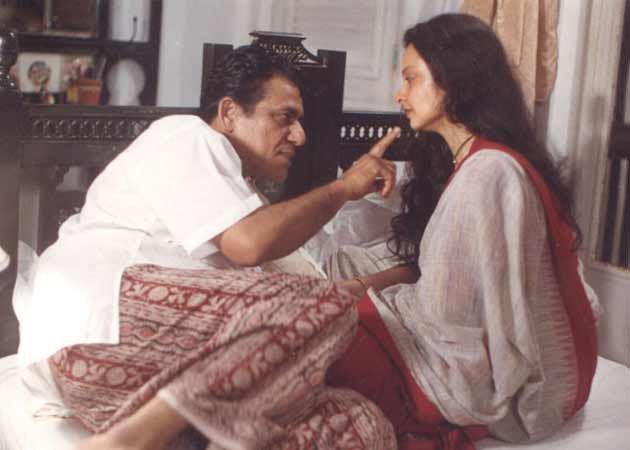 This is the only performance from Bollywood featuring in the list. Not only is Rekha one of the most gracious and beautiful actresses of the industry, but also is one of most impactful actresses around. The film saw Rekha playing a wife who moonlights as a prostitute. The meager income of her husband isn’t enough to satisfy needs other than the most basic ones. A sojourn to the market and her incapability to buy shoes for her daughter opens a new door in Mansi’s life dragging her to prostitution to satisfy materialistic needs. Her role in the film was panned by the critics and audiences. Despite that, the film was a success, receiving critical acclaim and a torrent of awards and plaudits for Rekha. 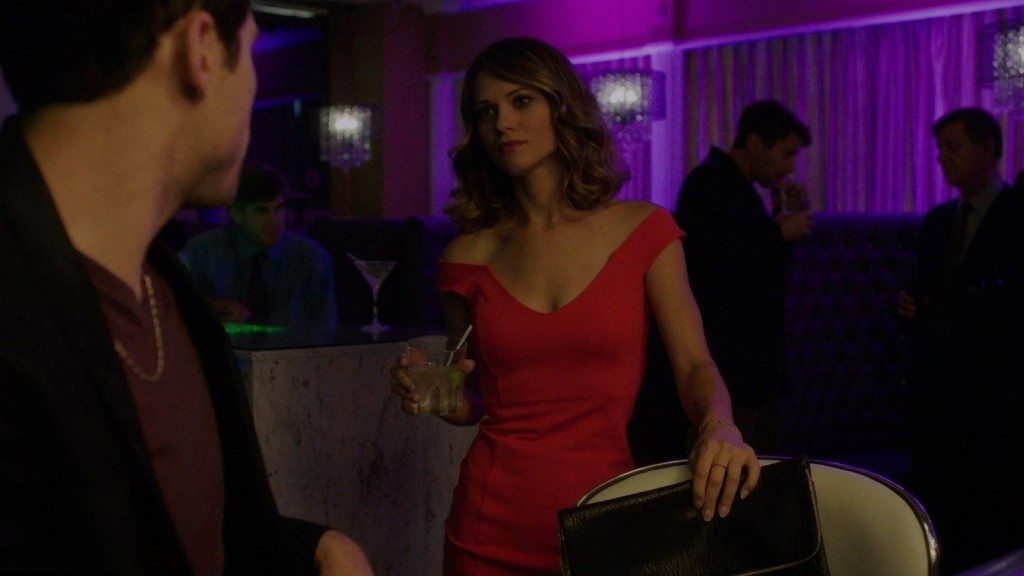 ‘The Escort’ was a 2015 independent film starring Lyndsey Foncesca and Michael Doneger. Foncesca plays Natalie, a Stanford-educated prostitute who, while making plenty of money, feels insecure in her unpredictable encounters. She agrees to let Mitch, an out-of job writer follow her around, apparently as her on-call bodyguard, so that Mitch can also write his story. Both lonely emotionally, the couple gradually develops feelings for each other. The film is a light-hearted attempt at satirizing stereotypes and taboos regarding prostitutes in the society. From being Stanford-educated, to owning a kick-ass Mercedes, ‘The Escort’ managed to present a refreshing outlook on the topic. Foncesca was particularly good in the movie, with her comic timing and the sense of banality in the portrayal wooing audiences and critics alike. 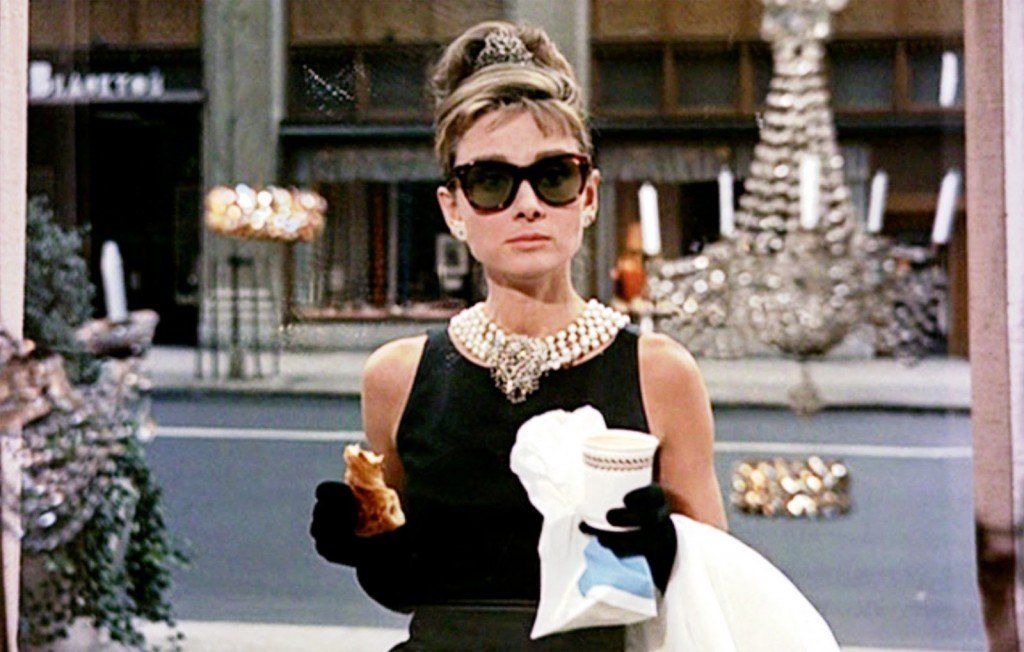 Audrey Hepburn was one of the most gorgeous women in the industry. A true star to the core, she is one of the most widely recognized and lauded actresses of her time. Hepburn’s portrayal of Holly Golightly as the naïve, eccentric socialite is generally considered to be the actress’s most memorable and identifiable role. Hepburn regarded it as one of her most challenging roles, since she was an introvert required to play an extrovert. The role garnered her an Academy Award in the Best Actress category, with many blaming luck for her not winning the award. But she truly won our hearts! 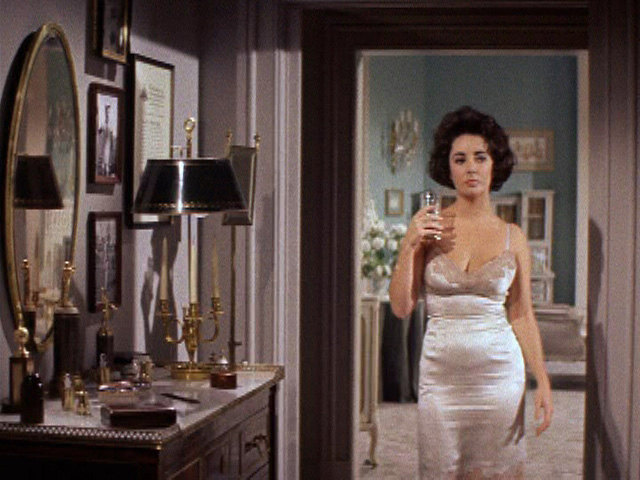 Taylor went one step ahead and actually won the Academy Award for Best Actress in this film. Her eccentric portrayal of Gloria Wanderous, a gilt-edged and adamant woman, carried the film through and made it MGM’s biggest success of the year. The celebration of a woman’s undying courage and stubbornness to sustain her self-respect overshadowed the controversial topic. It transcended factions in the society and made for fulfilling watch for the audience. 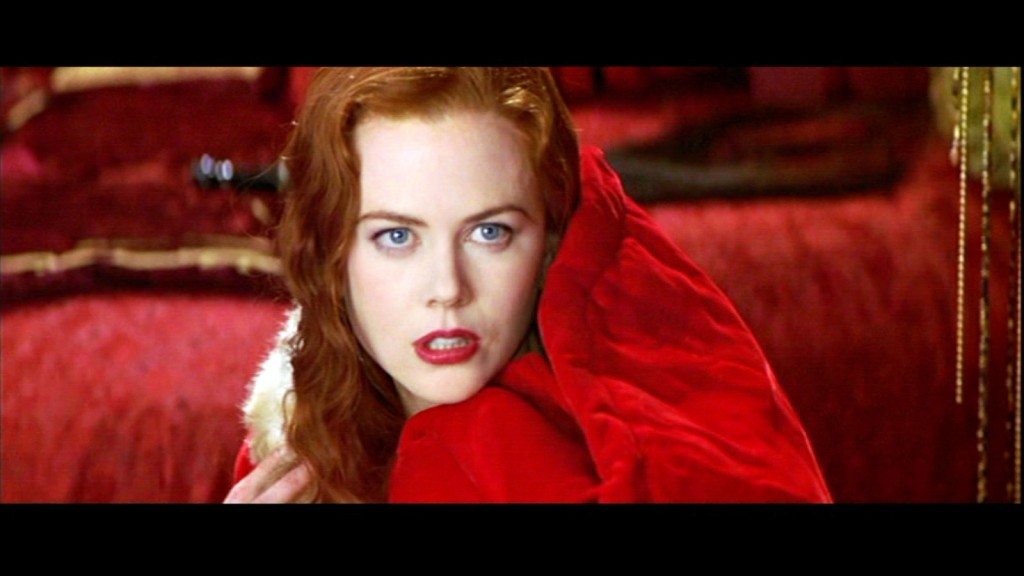 The gorgeous Nicole Kidman received a well-deserved Oscar-nomination for her performance as Satine in Baz Luhmann’s state of the art film, ‘Moulin Rouge’. The electric film was a huge critical and commercial success, owing to its flawless execution and catchy musical numbers. It was the first musical to be nominated for Best Picture in over a decade. During the shooting, Kidman injured her ribs while filming one of the more complicated dance sequences; she also stated in an interview that she broke her rib while getting into a corset, by tightening it as much as possible to achieve an 18-inch waist. So much for perfection! 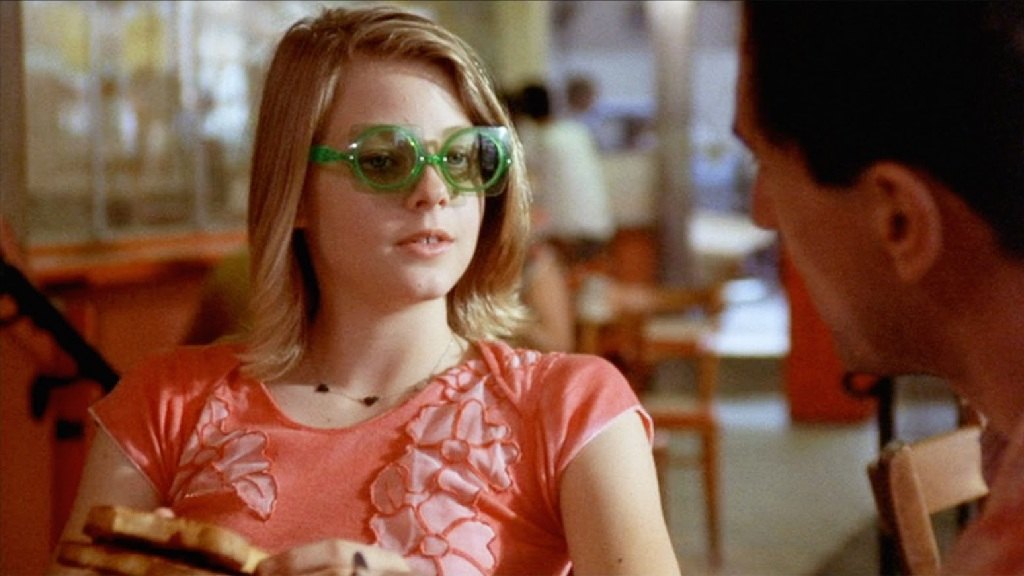 The adorable Jodie Foster made her debut with this Scorcese directed movie and won her first Academy nomination as well. It made her the youngest to achieve the nomination then. The movie, known better for De Niro’s spring to stardom and ‘You talkin’ to me?’, also acted as a precursor of fame and name that was to come for Foster. Her portrayal as Iris “Easy” Steensma, a 13-year old child prostitute, looking to dissuade her pursuance, flabbergasted critics and audiences alike and sent shock-waves through the industry. Her stubborn and adamant character drew praise and importance from many aspects of the society for the egregious wrong. 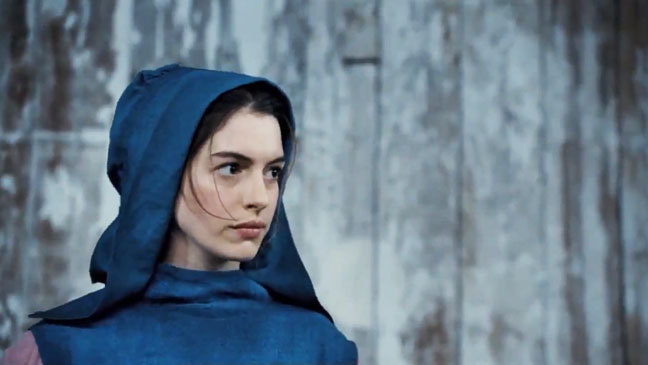 Anne Hathaway is one of the most gorgeous and talented actresses around. Her unbridled arrays into uncharted territories have often transpired into award-winning performances. It was no different in ‘Les Miserbales’, a French-American musical which saw her portray the role of a destitute woman, who is compelled into selling her body due to getting fired from her job. Her 20 minute appearance was perhaps the most moving performance of the year and fetched her a well-deserved Academy Award. The struggle and helplessness of the character were immaculately captured by the brunette actress. Eventually succumbing to her death, her orphan daughter is then adopted by her employer. 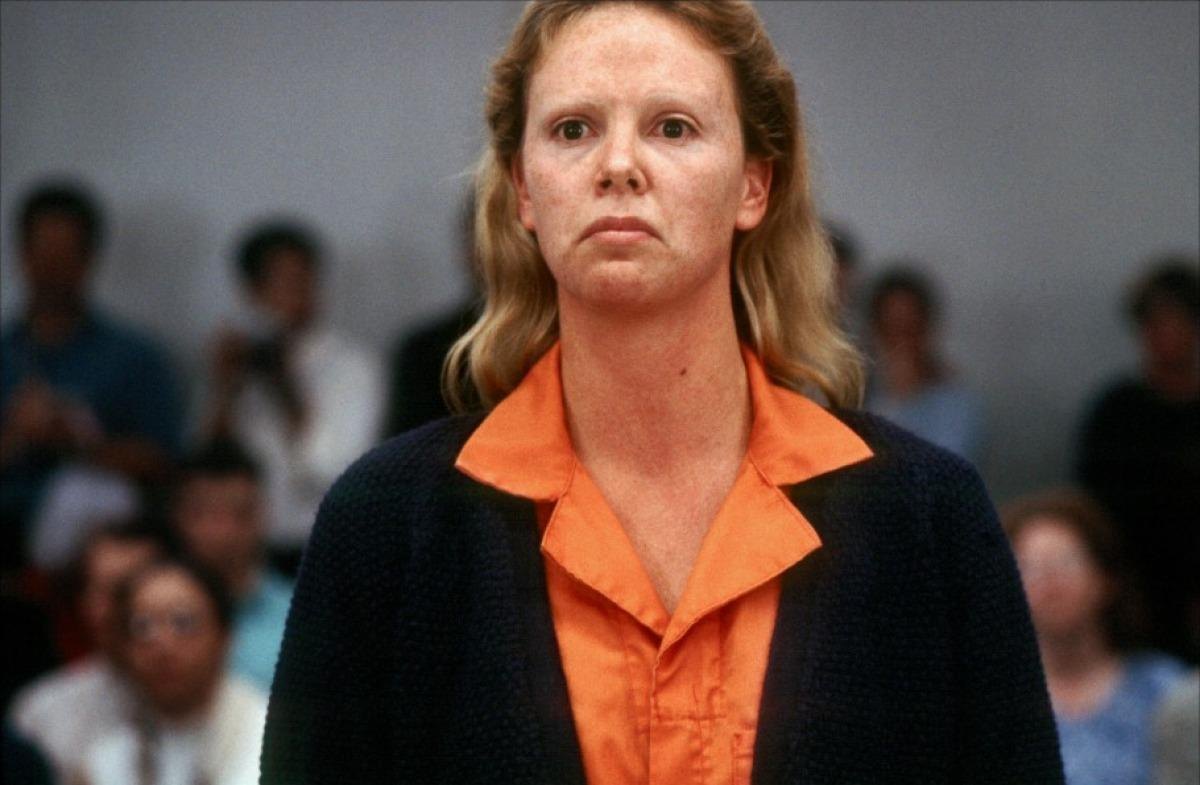 If there’s one actress in the industry who doesn’t care about her looks and is a method actor, it is Charlize Theron. The protean actress, known for changing looks and colors like a chameleon with each film, won her first Academy Award for her portrayal of former prostitute and serial killer Aileen Wuornos. For the role, Theron gained 30 pounds (14 kg), shaved her eyebrows, and wore prosthetic teeth. Critics called her performance, and her makeup, a “transformation”. Her performance is often cited as one of the greatest in the history of cinema. A must watch! 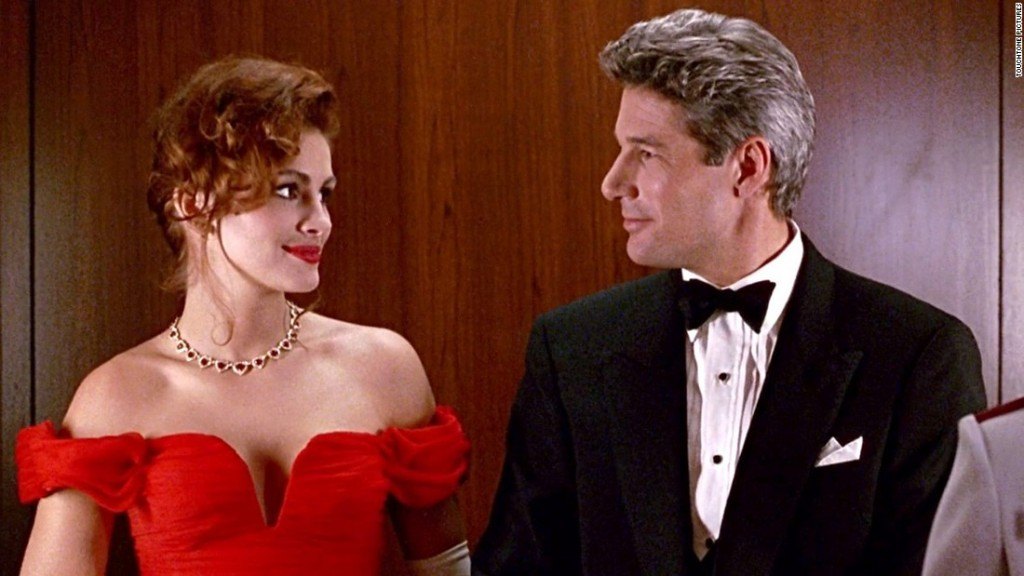 ‘Pretty Woman’ is probably one of the most referenced movie in today’s modern culture. Robert’s portrayal of Vivian, a prostitute who is hired for a night by a rich American businessman and socialite (Gere), eventually falling in love, is one of cinema’s most iconic portrayals. Her performance fetched her a Golden Globe and her first Academy Award nomination as well. The film was a huge commercial and critical success, topping the list of movies with highest tickets sold. Her portrayal even today remains a reference point for actresses, a lesson on how to connect with the audiences, no matter what role you play! Hats off! 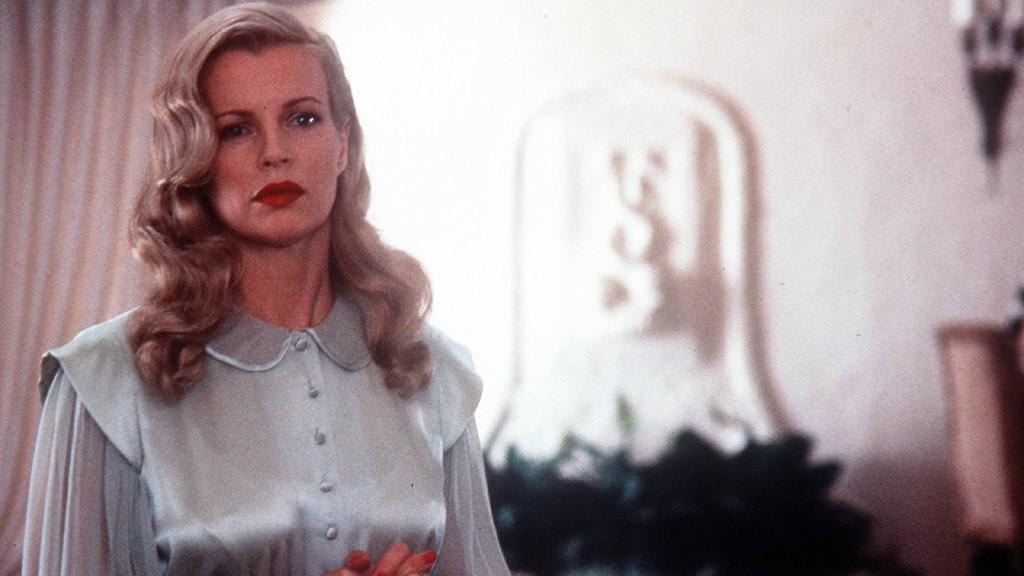 Probably one of the greatest crime-thrillers ever made, ‘LA Confidential’ was an achievement in terms of two things. First was its successful creation of one of the most intricate plots in the history of cinema, and its convoluted and egregious twists. The other was the launching of relatively unknown actors into global stardom, like Russel Crowe and Guy Pearce. One other name which was into the latter category was Kim Basinger. Like many of the portrayals in the list, her’s was a brief one too. Managing only 35 minutes of screen time, Basinger captured the essence of the character with much aplomb, and elevated the level of the film. Her performance also fetched her an Academy Award.