Are Jasmina and Michael From MAFS Season 14 Still Together? 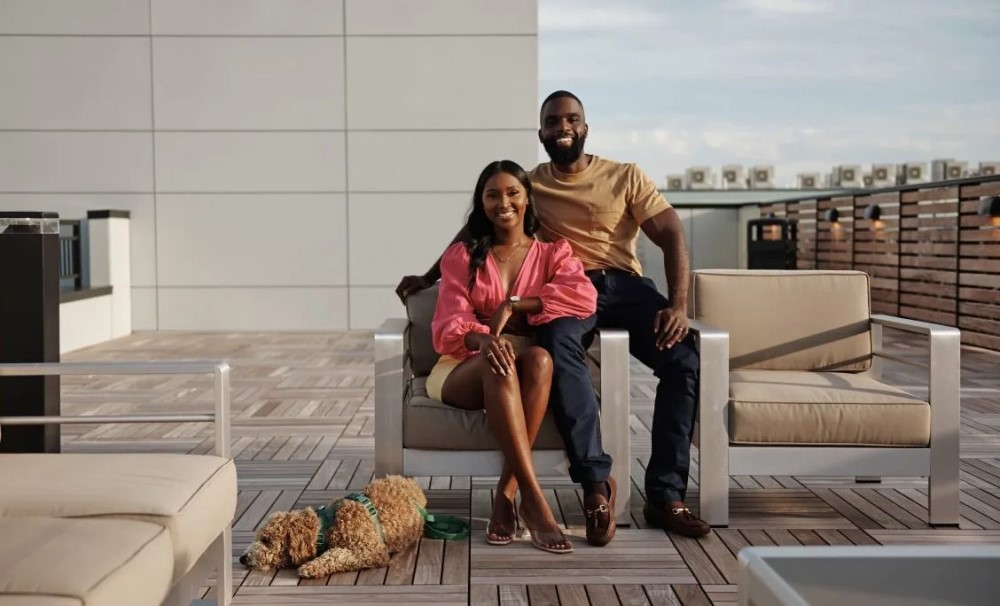 ‘Married at First Sight‘ or ‘MAFS’ is a reality show that reverses the established ideas of relationships. Through this, singles who are ready to get married but do not have someone to get married to are paired with people of similar mindsets. On their first day on the show, couples who have been pre-decided by the show experts get married. After the ceremony, the newlyweds become a part of each other’s lives and get to know one another.

The premise of the series naturally presents the audience with unending drama. Being legally bound to someone you barely know on national television might not be everyone’s cup of tea. While some couples break up during the process, many people find what they came for. Jasmina Outar and Michael Morency had their own share of drama on season 14 of the series. With such a tumultuous journey, fans couldn’t help but wonder what happened to them after the cameras turned away from their lives. Are they still together? Luckily, we have all the answers you need!

Jasmina Outar entered the fourteenth iteration of the reality series to find a husband for herself. The then 29-year-old Early Childhood Educator was paired with a 28-year-old Personal Trainer named Michael Morency. The Boston residents were married in a beautiful ceremony on the day they first met and bonded well. However, the couple’s married life did not go as smoothly as they might have hoped. The cracks in their relationship became visible as early as their honeymoon, as they fought endlessly and did not seem to communicate well.

Viewers saw Michael losing his cool frequently, while Jasmina complained that her new husband tended to talk at her and not to her. The issues between them kept growing as time progressed. Jasmina was unsure if she could trust Michael after finding out that he had lied to her about having female roommates. The new wife also expressed concern over the lack of emotional connection between herself and her husband.

However, unlike most couples that have been a part of the popular reality show, Jasmina and Michael gave their best to salvage the relationship. The two followed the advice shared by the experts and grew closer in the process. In a bid to understand each other better, they even visited their childhood homes.

Soon, Jasmina and Michael did establish a strong bond with each other and were comfortable in their friendly relationship. However, they were not sure if what they felt for each other was romantic in nature. Despite their appreciation of each other, viewers rarely saw them being affectionate and behaving like husband and wife. Similar thoughts plagued the couple as they were not sure about the longevity of their marriage.

Jasmina and Michael decided to stay married on Decision Day and see how they work in real-life to fully give their union a chance. Coming out of the camera’s focus and living as normally as possible has impacted several couples from the reality series, either for better or for worse. How well did Jasmina and Michael cope outside the limelight? Here’s all you need to know!

No, Jasmina Outar and Michael Morency are no longer married to each other. The duo shared the news on the reunion episode of season 14, where they shared their reasons behind the decision. While the two had wanted to work on their relationship, they could not deny the lack of intimacy between them. Recounting their journey on the show, Jasmina and Michael revealed that they had not talked to each other for the majority of their first month following their first argument. This was perhaps the first indicator of their incompatibility as a couple.

Jasmina shared that she was very open to her experience and had been truthful to Michael regarding her feelings for him and their relationship. On Decision Day, she had told her then-husband that she did not know him well enough. After season 14 wrapped up production, the two argued and decided that perhaps separating might be the best route for them. They went their separate ways just about two weeks after Decision Day.

Fans of the show are not that surprised by Jasmina and Michael’s decision since the awkwardness between them had been a huge point of discussion over social media. While such splits generally lead to entertaining and dramatic scenarios, Jasmina and Michael appear to be on good terms. As of the filming of the reunion episode, both of them were not actively dating anyone, though Michael may or may not have his eye on someone. No matter the outcome, we are glad that Jasmina and Michael were able to resolve the issues amicably and moved ahead in life on a positive note.

Read More: Are Alyssa and Chris From MAFS Season 14 Still Together?