Are Jibri and Miona From 90 Day Fiance Still Together?

If you are intrigued to know more about the life of a cross-border couple, TLC’s ‘90 Day Fiance‘ would be right up your alley as it offers a no holds barred look into the lives of a few US citizens who are engaged to foreign nationals. The reality show documents the experiences of the foreign partners as they land on US soil, although the K-1 visa compels them to marry within 90 days or face deportation. With much to lose and love on the line, the couples then try to reach a mutual understanding on issues stemming from differences in customs, habits, and lifestyles.

Though Jibri Bell and his Serbian fiancee, Miona, seemed quite a strong couple when introduced on ’90 Day Fiance’ season 9, cracks soon appeared in their relationship. Moreover, Miona seemed to be alienating Jibri from his family, making fans question if they are still together. Well, let’s find out, shall we?

Jibri and Miona met when the former was performing with his band, The Black Serbs, in Serbia. It did not take long for the two to take to each other, and they soon embarked on quite a promising relationship. Interestingly, Jibri and Miona did not think much about the future but instead loved splurging on trips. Thus, during one of these trips, he went down on his knees, and she was only too eager to say yes! 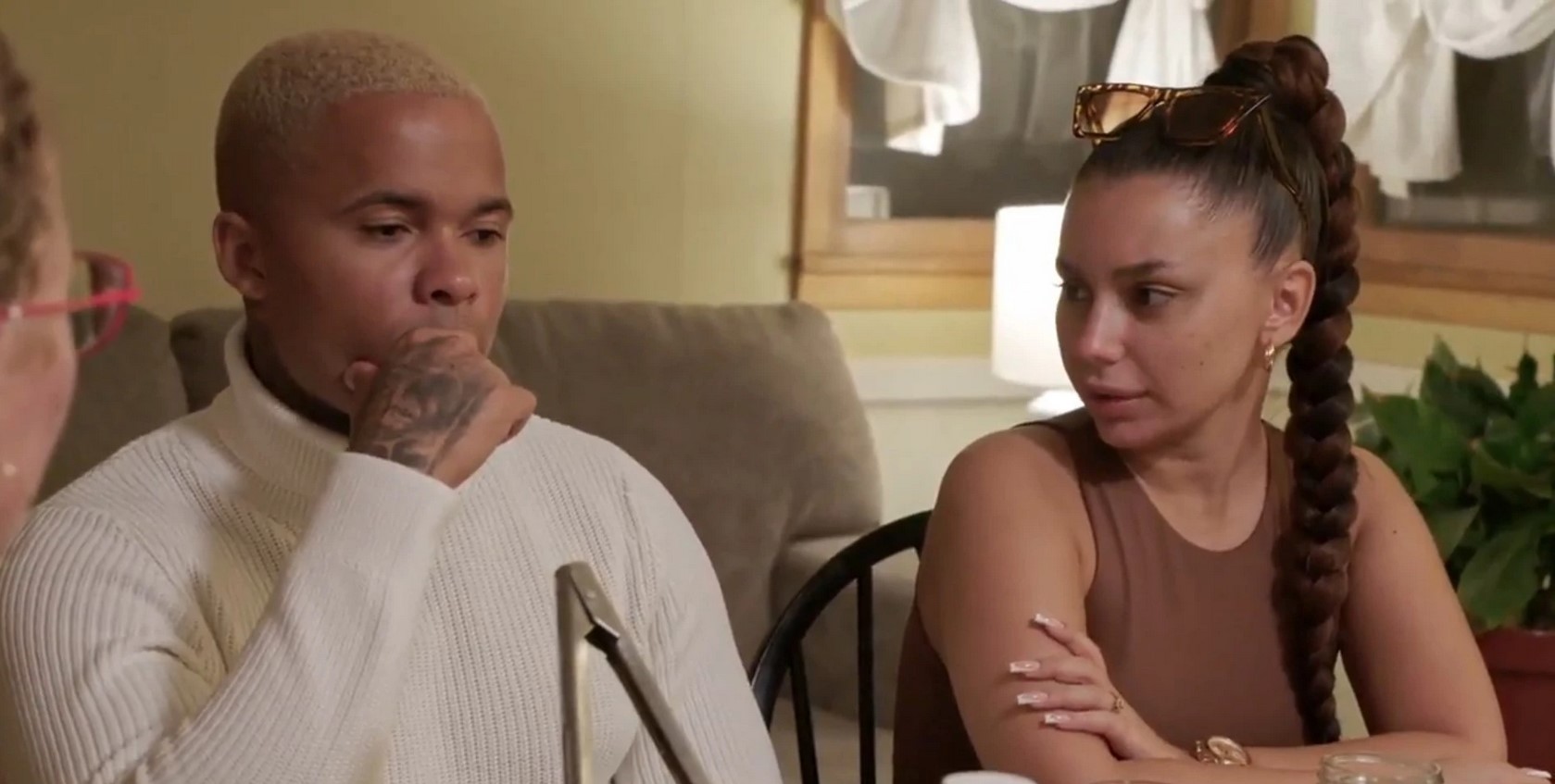 Unfortunately, a few of Jibri’s friends, especially his childhood friend and bandmate, Daveed, did not like Miona as a person. They believed that she was not the right fit for him and even tried to persuade the US citizen to break things off. However, Jibri remained true to Miona and was determined to work things out with her. Unsurprisingly, things turned worse when she came to the United States as she was unhappy with living in South Dakota.

The Serbian national was disappointed when she learned that Jibri had given up his Los Angeles home and was also adamant about having a lavish beachside wedding. Incidentally, his parents did not seem to approve of Miona and appeared worried about their son’s future. They even tried to have heart-to-heart with Jibri and asked him to reconsider his decision but to no avail. Throughout the season, Miona appeared rather controlling and was even discontent when Jibri got an opportunity to record music in Chicago. Nonetheless, she tagged along later, which led to a massive altercation between him and Daveed.

Interestingly, despite the several obstacles, Jibri never left Miona’s side or gave up on her. He was determined to make their relationship work and even introduced her to his grandmother, who seemed relatively more welcoming. Ultimately, Miona had to give up on her dream of a beach wedding, as she and Jibri got married with his grandmother presiding over the ceremony. Unfortunately, neither Daveed nor Jibri’s parents turned up for the ceremony due to their disagreements with Miona.

Are Jibri Bell and Miona Still Together?

Fans would be delighted to know that Jibri Bell and Miona are still going strong and leading a happy married life. In addition, the pair seemingly moved to California, where Jibri is pursuing his music career while the latter earns a living as a makeup artist and also owns and operates her own line of cosmetic and beauty products. Besides, the two have hung on to their love for traveling and often share the beautiful memories they make on social media.

Besides, the couple even celebrated their dating anniversary on June 26, 2022. Although it is unclear if Miona and Jibri’s parents are on good terms, the love the couple share is quite apparent, as Jibri wrote on a social media post, “I will drive, ride, and fly 1000 miles for you. Anywhere you want to go, I will take you… you say the word, and I will make it happen.” Witnessing a part of their journey on the show is truly a wonderful experience, and we want to wish the couple the very best for the years to come.