Are Katina Goode and Olajuwon Dickerson From MAFS Still Together? 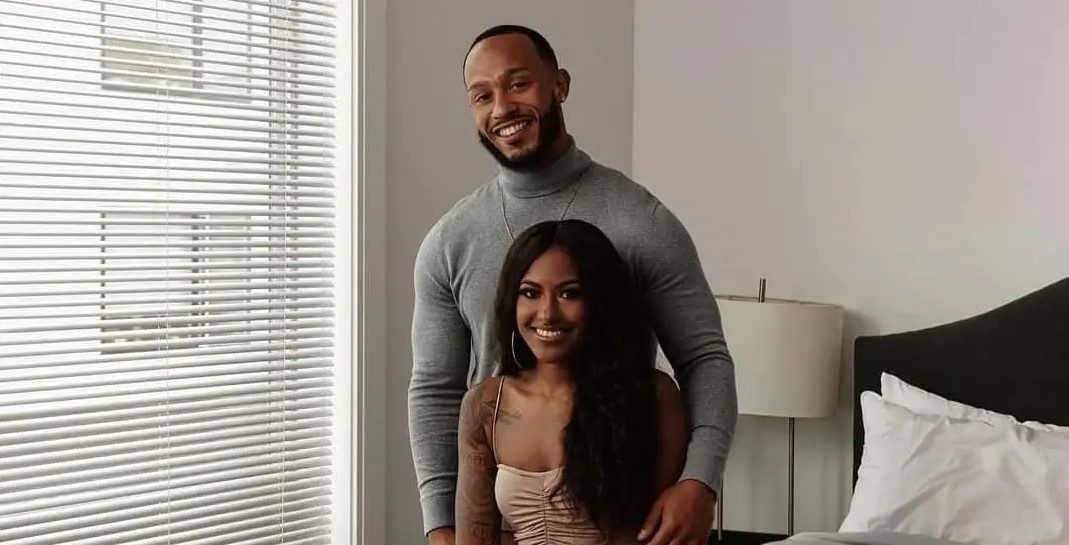 ‘Married at First Sight‘ is an exciting experiment that tests whether a marriage can survive if the couple knows nothing about each other when tying the knot. The show gathers a pool of unacquainted singles and has relationship experts use their experience to make pairs. These couples then meet directly at the altar and are married off before being sent on their honeymoon. Moreover, the newlyweds are also allowed to settle into everyday life before deciding whether to split or stay together.

Katina Goode and Olajuwon Dickerson became instant fan favorites when introduced in season 14. Fans loved how the two individuals were instantly attracted to each other and hoped the couple’s connection would stand the test of time. Let’s take a closer look and find out if they are still together, shall we?

Interestingly, Katina and Olajuwon revealed they were into the party lifestyle and loved having fun. They did not worry about settling down, and Olajuwon claimed that he was once a playboy. While Olajuwon realized his relationships weren’t satisfactory and didn’t provide happiness, Katina grew increasingly irritated as her luck never enabled her to have a wholesome relationship. Thus, following a string of failed romances, both worked on rediscovering themselves for a couple of years and were finally ready to commit to a single person. 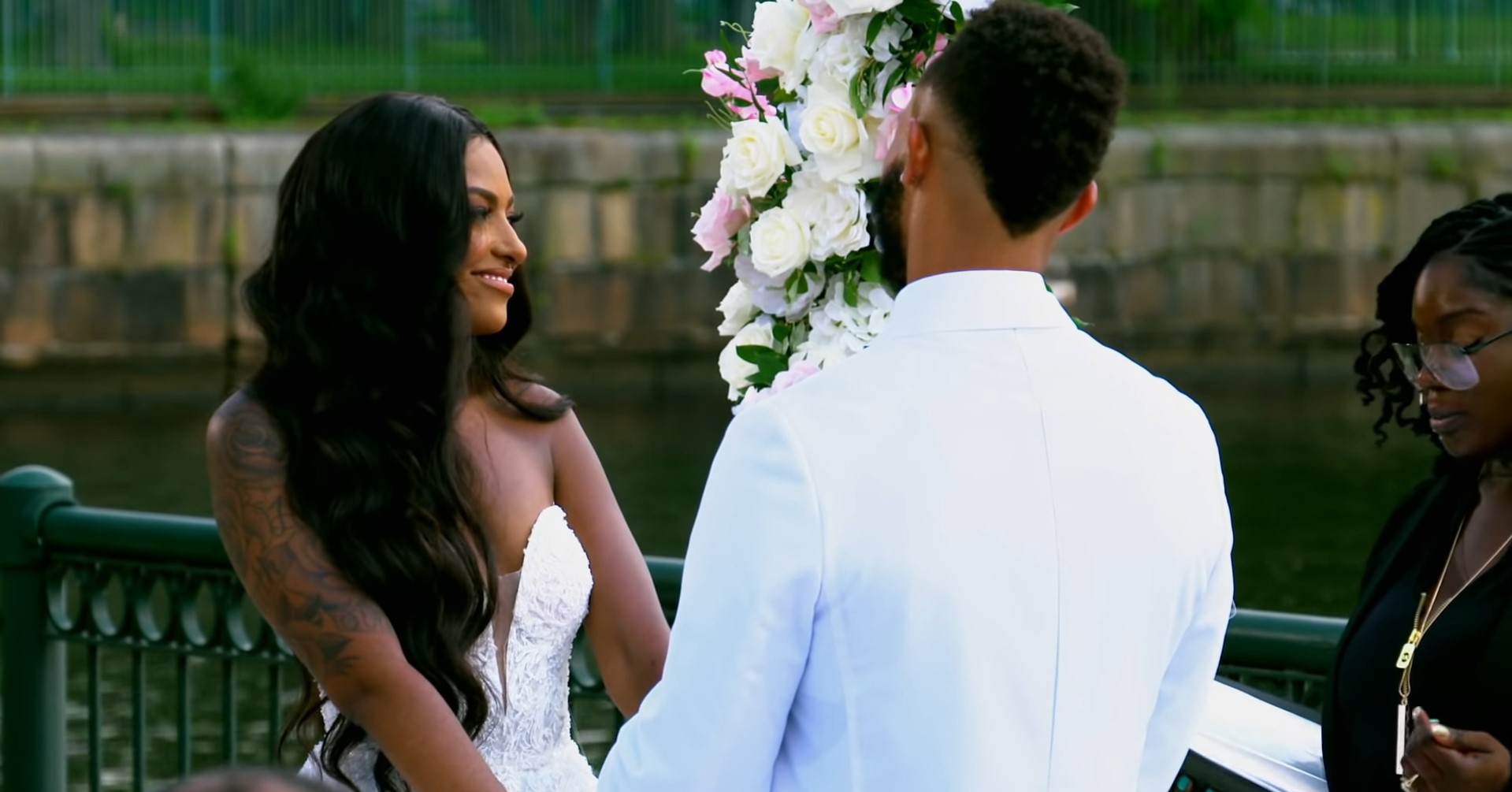 Although Olajuwon mentioned that he was ready to settle down and have a proper family life, his close ones weren’t sure of his commitment. Moreover, his resolution also seemed quite shaky as Olajuwon was a little too frank with the strippers present at his bachelor party, an action he later regretted. Once the big day dawned, Katina had an attack of nerves and was worried if Olajuwon would like her appearance. However, once the couple stood face to face, their mutual attraction became quite evident, and there was a clear spark of romance between the two.

The ceremony faced a slight hitch when the groom’s family revealed that Olajuwon expected Katina to be a good cook. However, he soon put her at ease by going down on one knee and proposing during the nuptials. Once Olajuwon and Katina started getting to know each other, Katina realized her husband was high on energy and loved to share his thoughts. Olajuwon couldn’t stop talking and kept thanking his stars for ending up with such a stunning wife, which got quite exhausting for Katina after some time as she was unable to match his excitement level.

While Katina was happy with an attractive husband who could hold a conversation, she seemed quite overwhelmed and a little concerned about her future. Things even turned a little awkward when Olajuwon tried to initiate intimacy, but Katina did her best to stay reserved and aloof. However, the couple seemed to put their concerns aside as they got pretty comfortable while dancing together and even realized that they shared a common dream of traveling for a few years before settling down and starting a family.

Are Katina and Olajuwon Still Together?

Viewers will be glad to know that there is nothing that hints towards Katina and Olajuwon’s split. However, one should note that the couple is quite private regarding their personal lives and has a limited presence on social media. While on the show, Katina mentioned that she initially desired to get matched to someone athletic. Nevertheless, she was pretty happy upon realizing Olajuwon has precisely the kind of personality she wanted in her better half. Besides, Katina seemed quite enamored with his tattoos and also found him attractive. 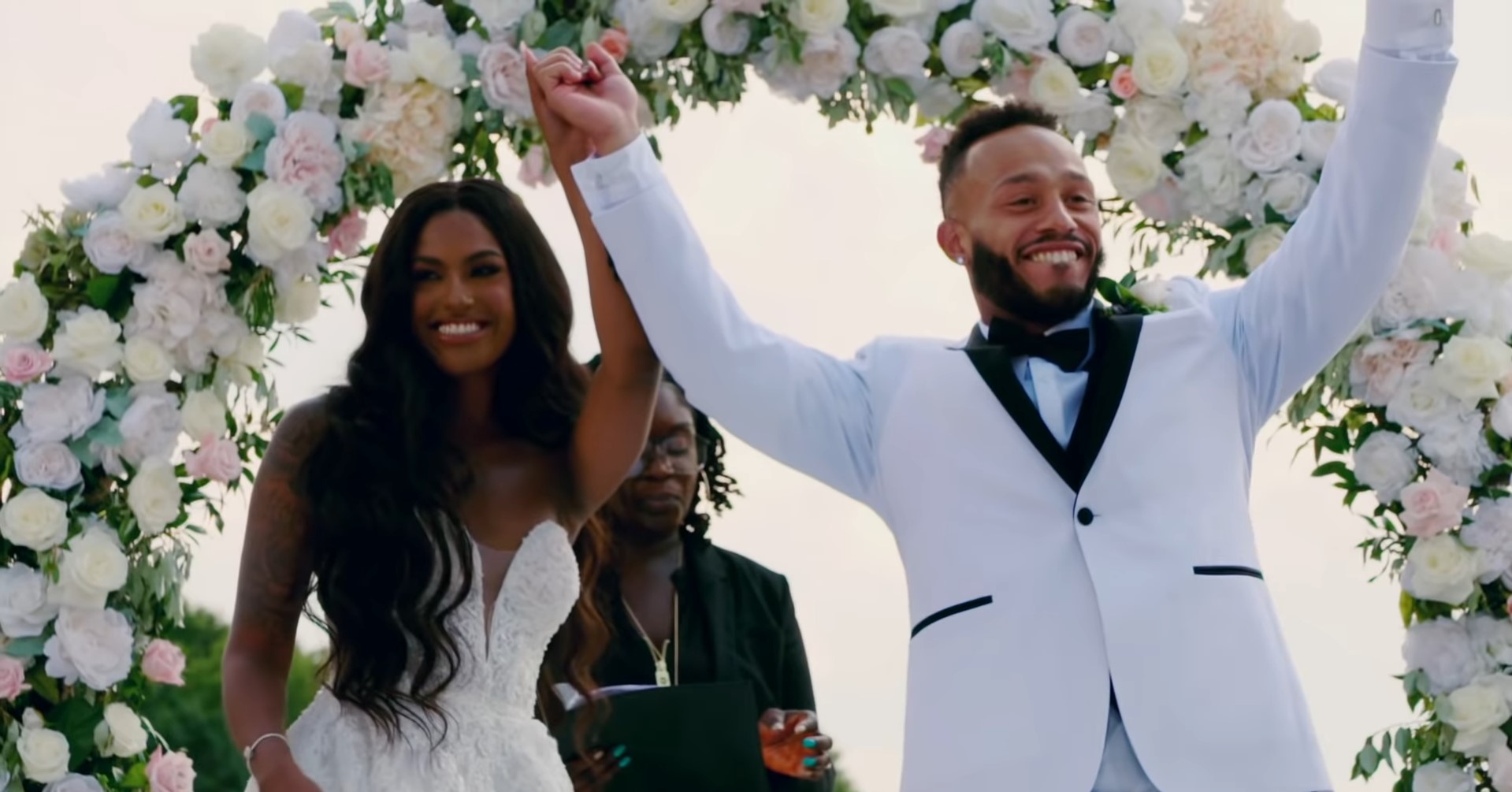 On the other hand, Olajuwon seemed head over heels in love with his wife and kept mentioning how she was exactly like a dream. Although there were speculations about his mindset changing later, Olajuwon insisted that he was over his past lifestyle and wanted to settle down. Incidentally, the couple won’t be able to reveal their current status as ‘MAFS’ has a strict policy forbidding the revelation of the relationship status of the couples until the season finale. Yet, with an intense spark between the two and their mutual desire to compromise and settle down, we infer that Katina and Olajuwon have probably made it work and are still together.

Read More: Are Alyssa Elman and Chris Collette From MAFS Still Together?