Are Kyra and David From Ex on the Beach Still Together?

Inspired by the eponymous British series, ‘Ex on the Beach’ is a reality show that features reality TV stars looking for a romantic partner. The participants are taken to a beautiful beach location where they can mingle with their fellow residents, but the seaside vacation is interrupted when their exes arrive midway through. Now the beach dwellers have to choose if they want to stay with the person they have bonded over till that point or get back with their former partners.

Thanks to the assured drama that the show brings, ‘Ex on the Beach’ has propelled many couples into the headlines. This includes Kyra Green and David Barta, who were a part of the fifth season of the reality series. The pair became one of the fan favorites as soon as they connected, and the viewers could not get enough of them together. However, many are curious to know how David and Kyra are doing after the show, and we have the answers.

Kyra and David’s Ex on the Beach Journey

David Barta was part of the third season of ‘Paradise Hotel‘ and decided to come on ‘Ex on the Beach’ to explore his sexuality. Soon, he cozied up with fellow contestant Mike Mulderrig and shared several on-screen kisses. Although, when David’s ex, Danielle Cohen AKA Dani Coco, arrived on the beach, he quickly got back together with her, albeit not without being upfront about his sexuality and telling her about his interest in Mike. 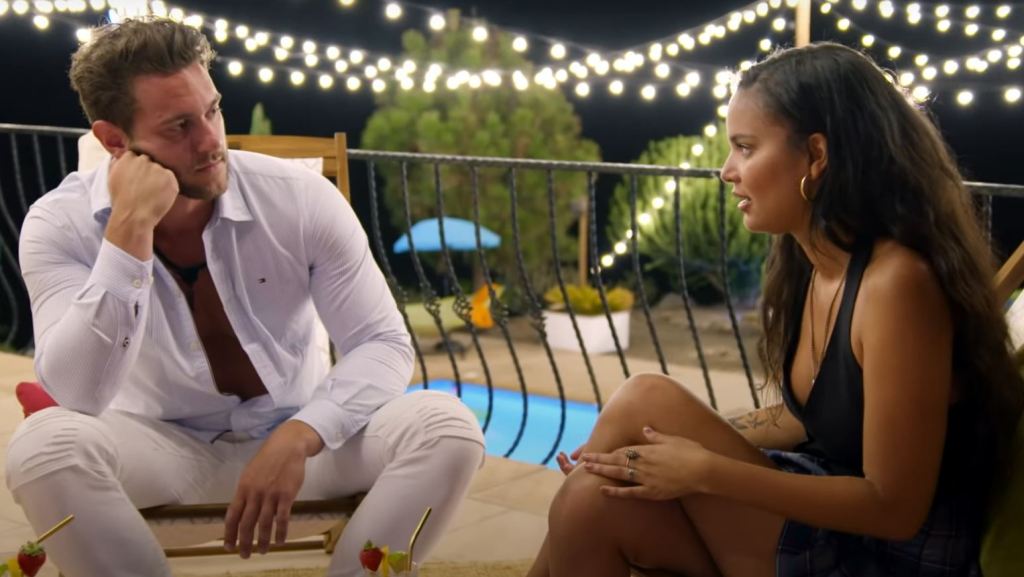 Unsurprisingly, David’s second shot with Dani quickly ended with the arrival of ‘Love Island‘ season 1 member Kyra Green. He confessed that he has always had a crush on the latter and had apparently even tried to message her over social media. David visibly ignored Dani completely while trying to get together with Kyra, and his former partner’s hurt made many critical of him. Soon enough, Kyra and David got together, and Dani stated that he had a “shiny object syndrome,” referring to his jump from one person to another.

When Kyra’s ex and fellow ‘Love Island’ cast member, Emily Salch, arrived on the island, things definitely took a complicated turn. Though she intended to reconnect with Kyra, she gradually realized that the latter seemed focused on David. Emily admitted that David’s good looks, combined with his sexuality, made it hard for her to win back her ex.

During one of the group games, David was asked if he had stayed with Kyra for so long to prove everyone wrong about his habit of going from one person to another. “I haven’t felt the way I feel about Kyra with anyone ever. I’ve been falling for her so hard,” he replied to the question, earning him brownie points all over. Until the final episode of season 5, David and Kyra stayed together.

Ultimately, when the time came, David climbed on the boat, waiting for her to make her decision. His ex, Dani, had left mid-way during the season, whereas Kyra had to choose between her ex-partner, Emily, and David. Naturally, the conversation that followed was certainly not fun for either of the girls. “I really know with my heart and soul what I want to do. But, still, it’s always a hard conversation to have with your ex. Whether or not you’re going to move forward,” Kyra stated.

Kinda loving this ending for Kyra and Emily. 🥰 #ExOnTheBeach pic.twitter.com/zz7gu6F6xu

In the end, Kyra and David left the island together on a boat and promised to continue their relationship in the real world. However, reality show fans are well aware that such claims often turn out to be false. Did Kyra and David really remain a couple after the show? Here’s what we know!

Are Kyra and David Still Together?

Yes, Kyra and David are still together indeed. According to the show, the couple moved in with each other after leaving the island toward the end of season 5. As of writing, both reality stars seem to be enjoying their time together off-screen and are using their social media to further their careers. David’s fitness regime is open for the world to see, while Kyra enjoys spending time with her friends.

While David frequently promotes his Personal Training business, Kyra updates fans about the ventures and collaborations she has worked hard on. We wish them the best in their lives and hope they have a happy future ahead. So don’t be surprised if the two decide to make further appearances as a pair on the small screen.

Read More: Where Was Ex on the Beach Season 5 Filmed?