Are Lindsey Georgoulis and Mark Maher From MAFS Still Together?

Lifetime’s ‘Married at First Sight‘ has its own interesting spin on dating reality shows by coupling people who are unacquainted with each other. These pairs meet directly at the altar where they are married before being sent on a honeymoon. Once the grand holiday is done, the newlyweds settle down into everyday life, hoping to iron out any issues that might plague their life together. Finally, each individual reveals their experience on decision day and decides if they want to split up or remain married.

Season 14 introduced Lindsey Georgoulis and Mark Maher, who seemed to be a promising pairing. On paper, it seemed like Lindsey’s cheerful nature would complement Mark’s serious view on life, giving fans hope about their future. Let’s now take a closer look and find out if the couple is still together, shall we?

Lindsey, a 34-year-old native from Boston, considers herself to be the life of the party and is highly infectious with her enthusiasm. Although she loves the idea of a long relationship and holds her grandparents’ 70 plus years of marriage as a golden example, she hasn’t been lucky in the romance department herself. However, she didn’t let her past deter her and, holding on to the hope of finding the perfect partner, chose to put her trust in ‘MAFS.’ 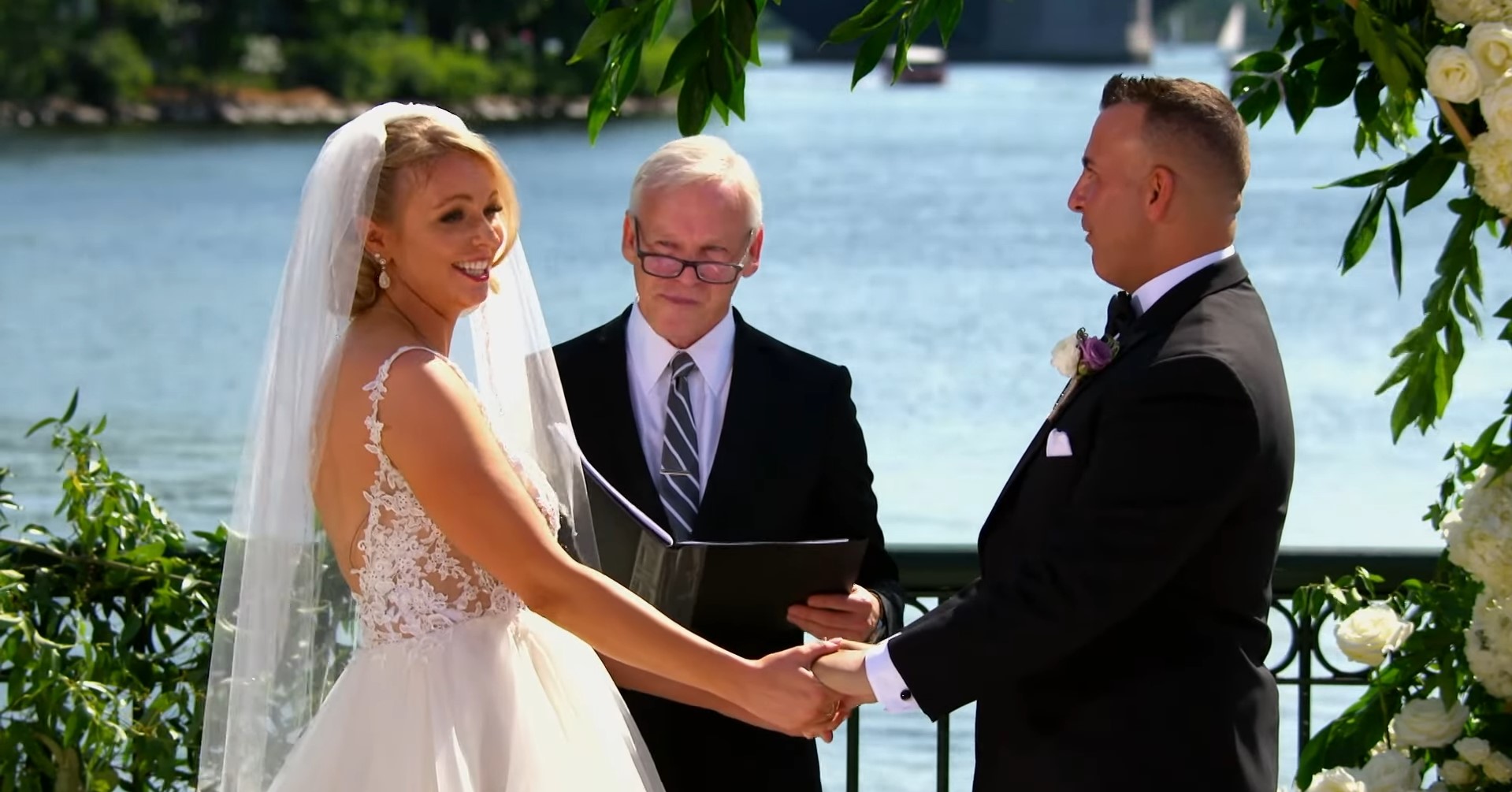 Meanwhile, Mark revealed that he has plenty of obligations and is responsible for the wellbeing of his mother and grandmother, both of whom are presently admitted to a nursing home. Besides, his professional life hasn’t given him much time for romance, and dating apps further ruined his experience.

However, once at the altar, Mark welcomed Lindsey with a warm smile, and the pair seemed to hit it off instantly. Their mutual attraction was quite apparent, and after exchanging heartwarming vows, they even put their hearts into the kiss, wowing fans with their commitment. Incidentally, the two found a lot in common and really connected over their love for cats. Besides, they were also delighted to discover that they both had a thing for rules and punctuality, which would make adjusting to each other’s lifestyle a little bit easier.

Right from the get-go, Lindsey hit Mark with her enthusiasm which initially startled him. However, he learned to go with the flow and was spotted conversing excitedly with his wife during the photo session. Moreover, with neither sharing a good relationship with their respective mothers, the pair found another thing to bond over.

It was incredibly refreshing to witness their chemistry, and the couple even seemed comfortable in each other’s company as they danced and flirted their way through the reception. However, there were a few sour patches as Mark realized that getting through to his wife would take some time as she still had some walls around her. He even believed Lindsey not to be his type and was worried if they would be able to make it work once the honeymoon phase got over.

Are Lindsey Georgoulis and Mark Maher Still Together?

Lindsey and Mark have embraced privacy and prefer to lie low, away from the prying public eye. Their social media accounts are set to private, and the two have barely talked about their current relationship status. Although Mark believed that Lindsey wasn’t the kind of wife he envisioned, the show portrayed him being won over by the energetic 34-year-old. Nevertheless, he was unsure if he could handle Lindsey’s enthusiastic outlook on life and couldn’t answer if their marriage would last upwards of eight weeks. 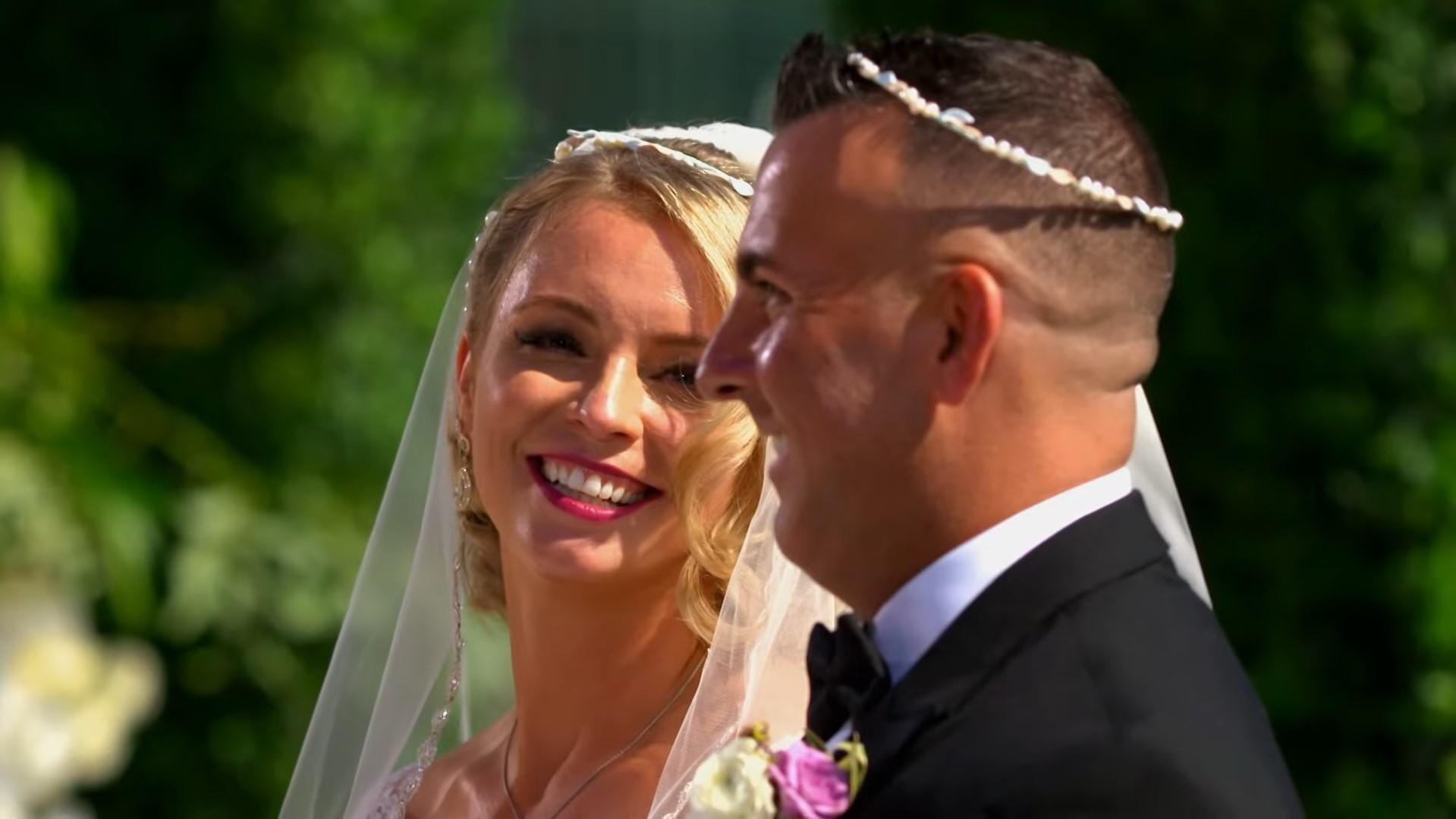 On the other hand, Lindsey appeared to have embraced her fate and was looking forward to building up a life with her new husband. Ever the optimist, she looked at the positives and hoped for the very best. Still, things can turn 180 in a flash when it comes to relationships, and Lindsey’s behavior at the ‘MAFS’ after-party show hinted at a possible split. While on the show, she revealed that if she couldn’t marry for love, she wouldn’t hesitate to marry for money and even looked straight into the camera, asking viewers to call her. This flirty gesture raised rumors about a divorce, and although we would love to be proven wrong, recent developments hint that, in all probability, Lindsey and Mark aren’t together anymore.

Read More: Are Alyssa Elman and Chris Collette From MAFS Still Together?