Are Madison And Kevin Still Together in This Is Us?

Dan Fogelman’s ‘This Is Us’ dives deep into the personal, romantic, and professional issues of the Pearsons. Revolving around Jack (Milo Ventimiglia), Rebecca (Mandy Moore), and their children — Kevin (Justin Hartley), Kate (Chrissy Metz), and Randall (Sterling K. Brown) — the NBC show explores pertinent issues such as addiction, depression, and racism. In particular, the show is praised for its heartwarming and complex romantic storylines, which often explore unconventional forms of love.

Kevin and Madison’s (Caitlin Thompson) story is one of the more memorable ones since it starts off as a one-night stand and leads to something wildly different. Soon, Kevin and Madison decide to get married. However, Madison realizes the truth of their situation and calls the wedding off. In season 6 of the family drama, we see that a new dynamic has developed between the duo. So, are Madison and Kevin still together? Let’s find out! SPOILERS AHEAD.

Are Madison And Kevin Still Together?

In season 4, Madison and Kevin sleep together since both of them are in a vulnerable place. Later, Madison finds out that she is pregnant with twins and decides to keep the babies. Although Kevin is surprised at first, he decides to do the right thing by co-parenting and being there for Madison; he clearly wishes to be a good father to his children.

In season 5, at the hospital during Madison’s ultrasound, Kevin asks her to marry him. “Let’s shock the world and get married, we’ll live happily ever after [and] all that,” he says; Madison smiles and nods. However, we notice that Madison isn’t completely on board even though she loves Kevin. Soon, she gives birth, and Kevin acts as a wonderful father to Nicholas “Nick” and Frances “Franny.”

On the day of their wedding, Madison decides to not marry Kevin after she asks him if he is in love with her and he’s unable to give a straight answer. Kevin tries to convince her that they’ll have a wonderful family life but Madison knows they both are simply settling for what they think is ideal for their kids.

We know that, in her youth, Madison was constantly asked by her father to settle for whatever was available and accept any morsel of attention that was thrown her way. So, she finally decides to do right by herself and not marry someone who isn’t in love with her. She is aware that, deep inside, Kevin wants them to be together only for the sake of their children. However, Kevin and Madison remain friends and manage to be great parents to the twins.

At the beginning of season 6, we see that Kevin and Madison are happily co-parenting Nick and Franny. In fact, Kevin lives in Madison’s garage to be close to his children. However, it seems that he has developed feelings for her. This particularly becomes apparent when Kevin comes home to find Madison hanging out with Elijah (known as “Eli”), her funny and nerdy friend, even after their fantasy book club meeting gets over. 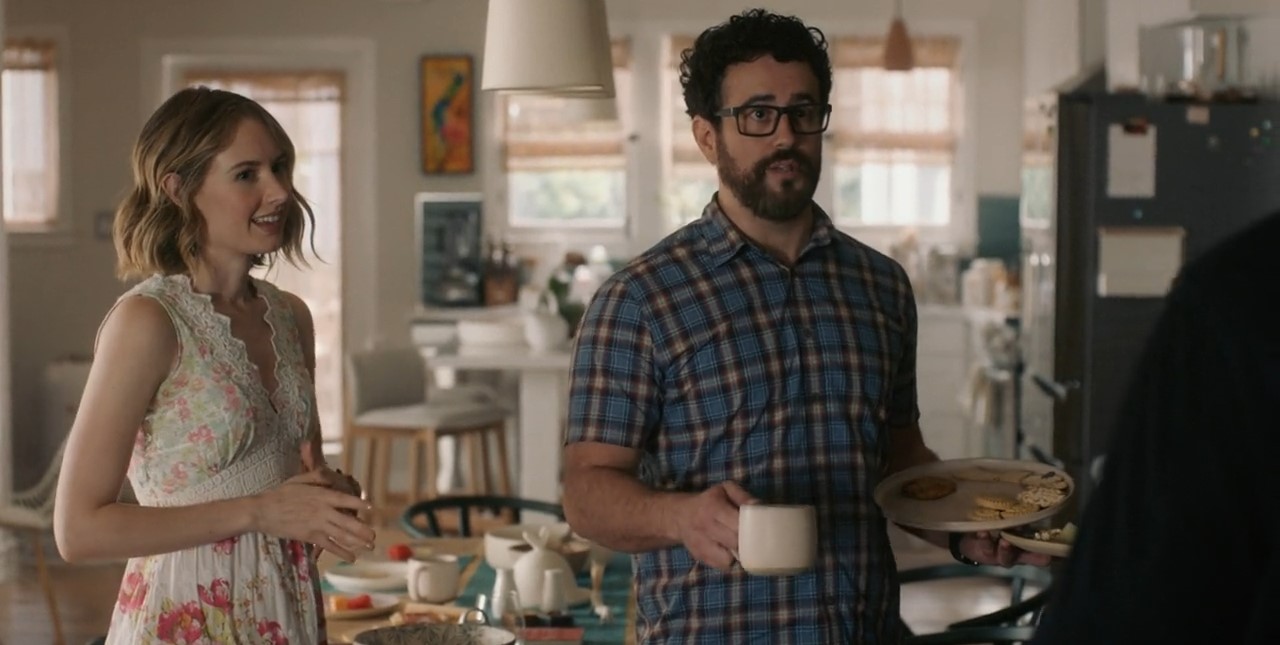 The first episode shows us throughout that Kevin is annoyed by Elijah’s presence because of how well he gets along with Madison; in fact, he seems to have a crush on her. Elijah tries to be friendly and tells Kevin that he thinks ‘Hill 400’ is a masterpiece, but Kevin is still unable to shake off his jealousy; in fact, he tries to make Elijah leave by saying that the two of them will get out of Madison’s hair. However, Elijah decides to stay back and help Madison with the dishes.

Later at night, when Kevin returns with the twins after his birthday party, he finds that Elijah is still at Madison’s place. In fact, Madison and Elijah are watching an episode of a show that she was supposed to watch with Kevin. Immediately, Kevin becomes cranky and gives Elijah a pointed look; Madison’s friend quickly makes his exit to avoid the awkward situation.

Then, Kevin tells Madison that they should talk about which shows are meant for them to watch together and which are those that they can watch in their own time. However, we know that Kevin is just thrown off by how Madison has moved on. Then, he goes on to explain that he had a rough day due to his mother’s disturbing PET scan results and says that he doesn’t like how Elijah calls Madison “Maddy.” 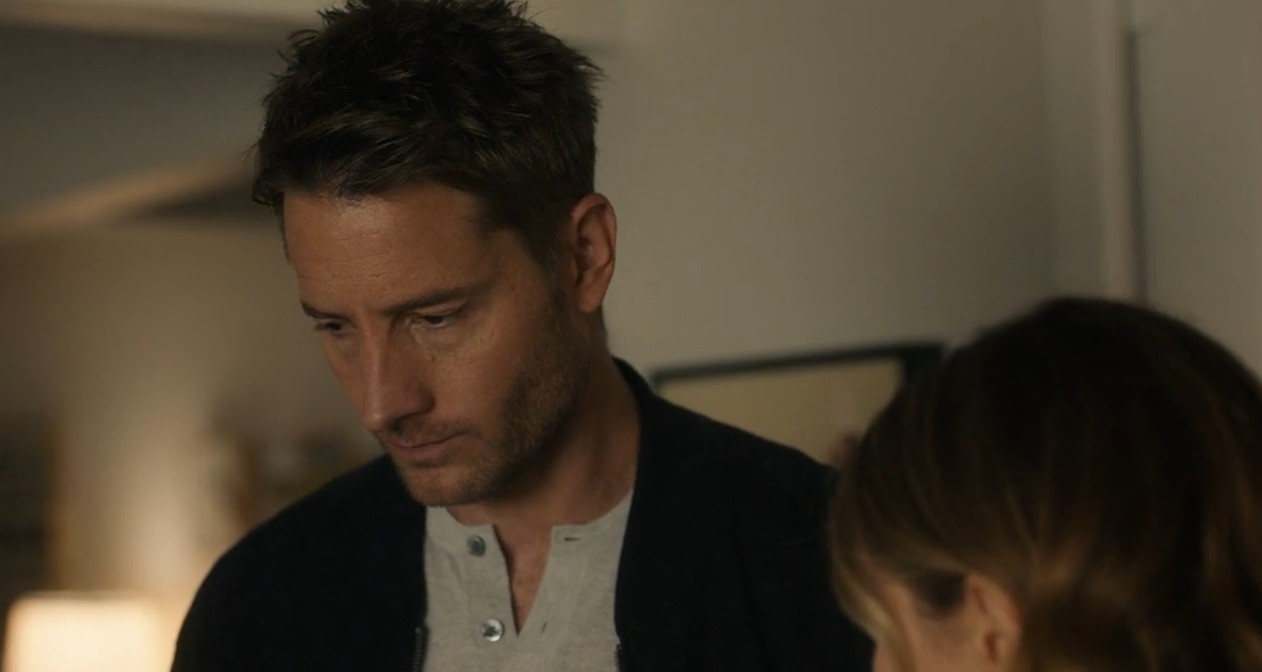 “You know, people said that I was crazy — me living in your garage just to stay close to the twins. It’s possible they had a point,” admits Kevin finally, realizing that they need to live their lives separately as they are not a couple. He thus moves out of the garage and goes to Kate’s place. He tells his sister that he feels sad that he grew up with his parents just a bedroom away because his own children won’t have that advantage. Kate comforts her brother and tells him that just because the twins have something different doesn’t mean it’s not “normal and wonderful.” Kevin also reveals that he is going to join ‘The Manny’ reboot in order to provide for his babies.

Thus, Madison and Kevin are not together, and it seems unlikely that they will start dating in the future even though they live in the same city. Madison and Kevin have different interests and only work well as co-parents. It is quite possible that Madison will eventually start dating Elijah. Plus, thanks to the flashforwards, we are aware that Kevin gets married to someone; however, it is unlikely that his wife is Madison. Thankfully, we do know that Kevin and Madison will continue to remain friends in the future and be good parents to Nick and Franny. Additionally, we won’t be too surprised if the two end up together after all, because this family drama certainly does love plot twists!

Read More: Does Madison Die In This Is Us Season 6?