Are Maria and Chris From Cosmic Love Still Together?

If you are curious whether astronomy is enough to find true love, Amazon Prime’s ‘Cosmic Love‘ would be right up your alley. The dating reality show initially focuses on four individuals or elements who are supposed to find a life partner from 16 eligible singles. However, the elements are guided in their journey by the “Astro Chamber,” which advises them on the best approach and even reveals their perfect matches. Nevertheless, following astrological guidelines or ignoring them is entirely up to the contestants as they advance towards an impending marriage.

New York City-based professional makeup artist Maria Rodriguez came to the show with the intention of finding a husband, yet she was quite disheartened as her initial connections failed to work out. Albeit, it did not take long for her to meet Chris Ragusa, an engineer from Connecticut, who swept her off her feet. Nevertheless, with the cameras now turned away, fans are curious to find out if Chris and Maria are still together, and we decided to bring you answers!

Incidentally, Maria initially wasn’t that interested in Chris and instead sought a connection with Christopher Essex, aka Chris E. She even chose the latter as her first date, and the two seemed quite comfortable with each other. Thus, Maria was quite surprised when the “Astro Chamber” revealed Javier McIntosh to be her first perfect match, yet she still decided to put her trust in the experiment and explore her other options. 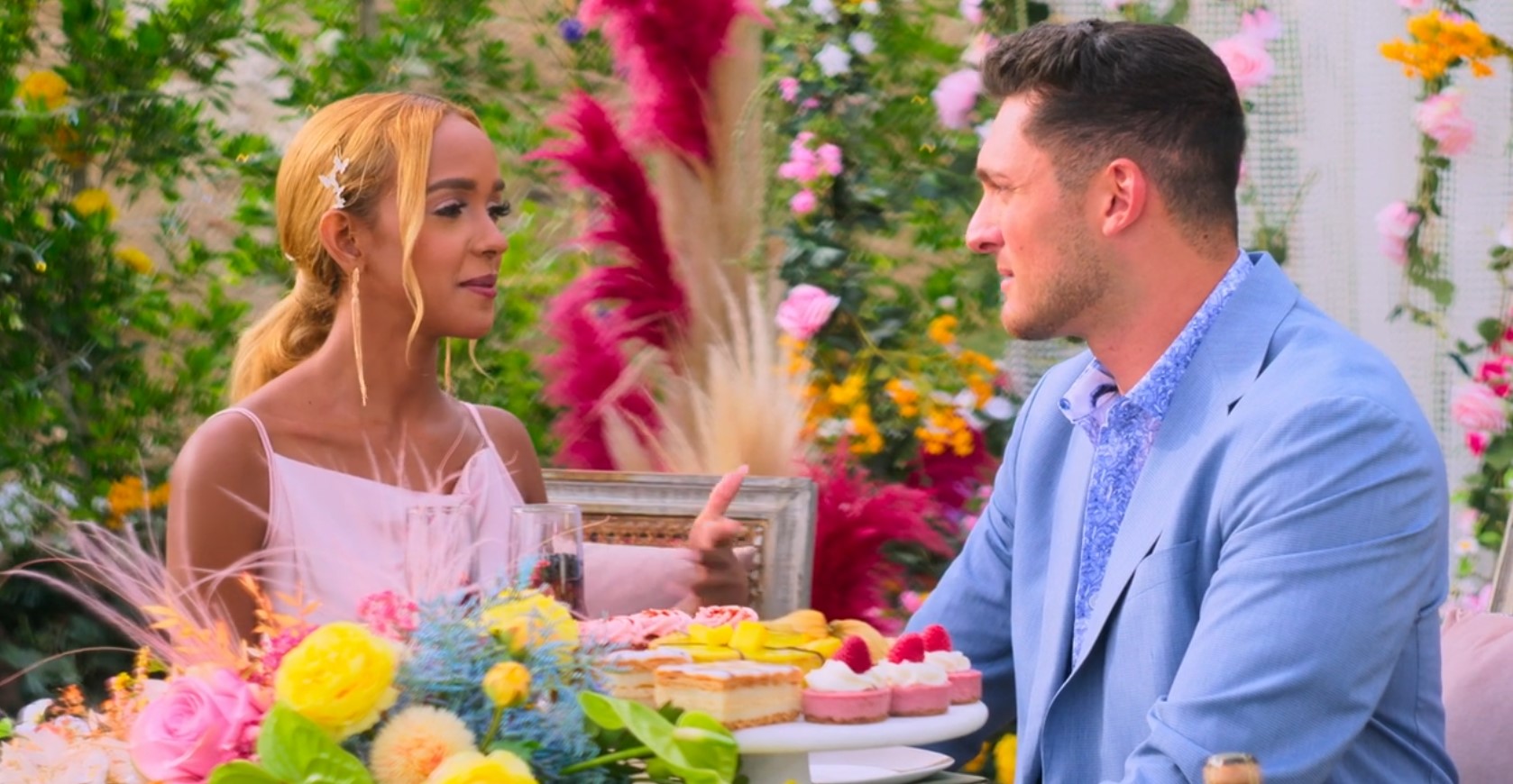 While Javier and Maria got off to a good start and even seemed to work on their connection, it was not meant to be, and the New York City resident soon felt the disconnect. Although, she did not find much time to reflect on the past as the show soon matched her with Chris Ragusa, and she eventually moved on. Interestingly, despite him and Maria having unmistakable chemistry, the professional makeup artist was unable to put Chris E. out of her mind and kept hoping for them to work out.

Incidentally, the “Astro Chamber” even matched Maria with Christopher Jones, but the New York resident viewed him more as a friend than a romantic interest. Nevertheless, things heated up in episode 4 when Chris E. was revealed as her last perfect match, much to her delight. However, Maria soon realized that she did not have much in common with Chris E and felt more at home with Chris Ragusa.

Hence, once the eliminations came around, Maria sent all her matches, including Chris E., home and sought to strengthen her connection with the Connecticut-based engineer. Eventually, Chris Ragusa even proposed to her, and their families accepted the two with open arms, leading to a beautiful wedding ceremony.

Are Maria Rodriguez and Chris Ragusa Still Together?

Although Maria and Chris Ragusa prefer privacy regarding their personal life, recent developments indicate that the two aren’t together. Surprisingly, the bond they developed on ‘Cosmic Love’ seemed almost unbreakable, and their dedication made fans believe that they were meant for each other. Yet, that does not seem to be the case off-camera, as Maria has since returned to her job as a professional makeup artist in New York City, while Chris is currently in Connecticut, earning a living as an industrial engineer with UPS. In addition, he frequently commutes to Florida for his modeling projects.

Furthermore, none of the pair’s social media profiles mention their significant other, and they unfollowed each other on Instagram. Besides, from the looks of it, they rarely interact in public, even though both Maria and Chris have maintained close bonds with the rest of their ‘Cosmic Love’ castmates. Hence, while we would love to be proven wrong, we are currently bound to assume that the two have gone their separate ways. We wish them the best for the years to come and hope that they find the perfect partners.

Read More: Are Jazmin P. and Noel From Cosmic Love Still Together?