Are Melissa Gorga and Joe Gorga From RHONJ Still Together? 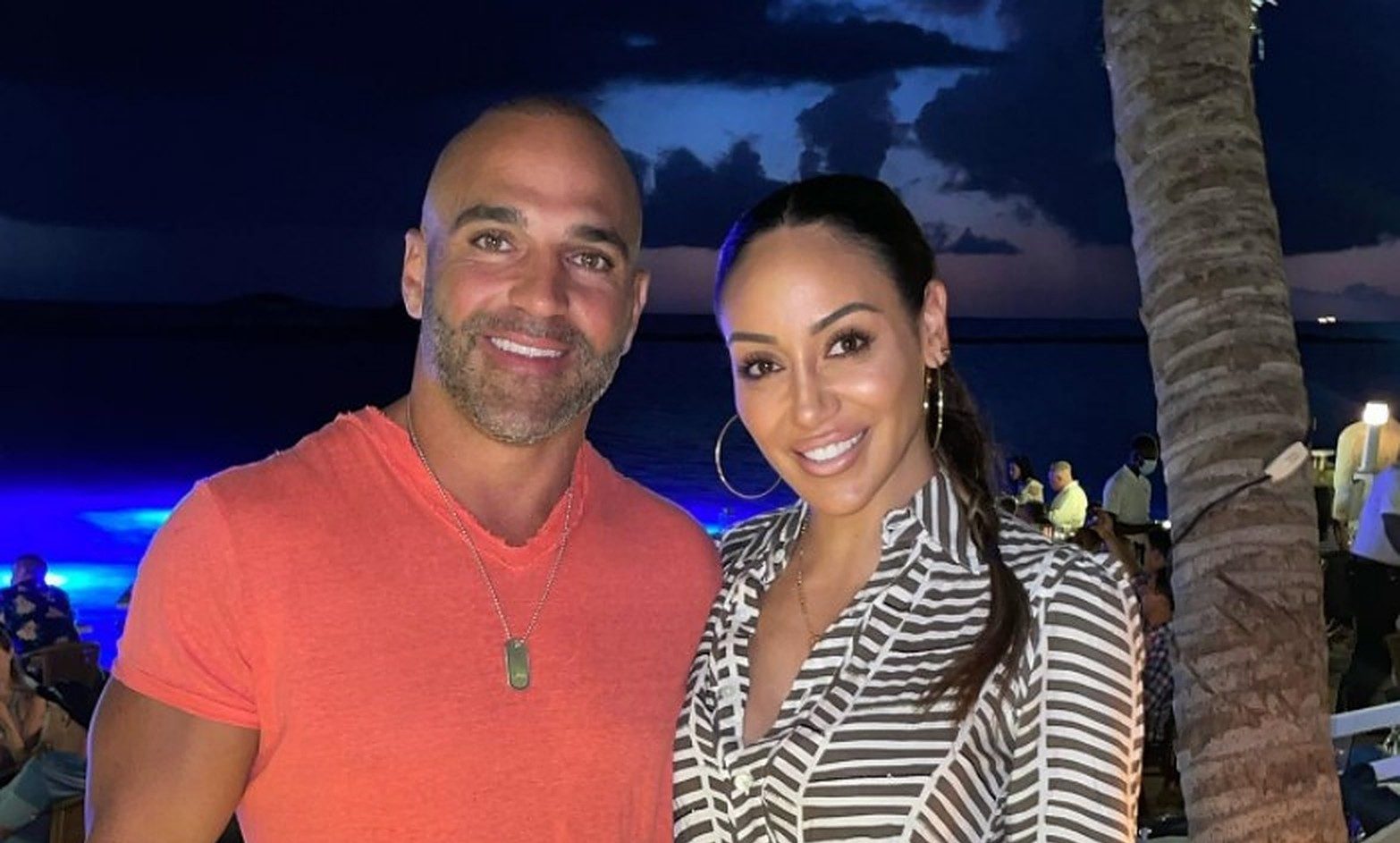 Bravo’s ‘The Real Housewives of New Jersey‘ or ‘RHONJ’ is a reality TV series that follows the lives of a group of several affluent women who reside in New Jersey. It chronicles their social interactions and professional ventures, as well as the scandalous complications in their personal relationships. Further, the series focuses on the group dynamics of these ladies and the saucy drama that occurs between them.

The glamorous show debuted in May 2009 and has since entertained viewers with the interesting antics of its cast members as well as their respective spouses/partners. One such couple that has intrigued everyone with their tumultuous yet long-lasting relationship since season 3 is entrepreneur Melissa Gorga and her realtor husband, Joe Gorga. Thus, fans are curious to know whether they are still together or not. Here’s what we can tell you about the current status of Melissa met Joe’s relationship!

Melissa met Joe Gorga in 2002 while vacationing with friends in Cancun, Mexico, during spring break. Even though Joe didn’t speak to her that day, it was love at first sight for him. After he searched around for Melissa, the two bumped into each other again at a beach bar in New Jersey and hit it off with each other. After dating for a while, they tied the knot on August 20, 2004. The couple welcomed their three children — Antonia, Gino, and Joey — in 2005, 2007, and 2010 respectively.

The Gorgas began appearing on ‘RHONJ’ in 2011, but things were far from rosy for them since the beginning. Melissa shared a strained relationship with fellow cast member and Joe’s sister Teresa Giudice for years. However, in November 2021, Melissa offered an update on E! News’ Daily Pop, saying, “We understand each other at this point. We’re good with that. We’re family. We have kids who love each other.” Thus, it seems like Melissa eventually patched things up with Teresa for the sake of their family.

However, Joe and her marriage began hitting a rocky patch during season 7 when she began struggling to balance her newly opened clothing boutique Envy and her family duties. On the show, we saw Joe and Melissa having a heavy argument where he accused her of prioritizing work over family. He went on to state that his income contributed more majorly to the household than Melissa’s, while she retaliated by calling him “old school.”

Joe and Melissa’s frictions regarding her going out and working simmered down a bit when she prepared a family dinner, thus reassuring him that she did have time for him and the kids. The couple eventually mended their differences, and things were going smoothly for them until they began filming ‘RHONJ’ season 11 in 2020. In episode 8 of the eleventh season, Melissa and Joe can be seen having a serious altercation in front of other castmates where Joe insinuated that she has changed since she became a businesswoman. He also stated that Melissa’s work life has caused them to drift apart.

Melissa later shared her woes with Margaret Josephs and Jackie Goldschneider and said, “He has a very old school mentality. When we started our marriage, I was 24 years old. I did whatever Joe told me to do. He was someone who was jealous. At the end of the day, I don’t want to feel guilt for achieving things that I want to achieve. He tells me that’s wrong.” Thus, it is implied that Joe’s apprehensions regarding Melissa’s job returned since he felt that she had changed.

Unfortunately, Joe lost his father on April 3, 2020, and Melissa decided to put aside their problems to support him and help prepare for the memorial. But are the couple’s differences way behind them or have they further ruined their marriage?

Are Melissa Gorga and Joe Gorga Still Together?

Yes, Melissa and Joe Gorga are still together. In the ‘RHONJ’ season 11 finale, Melissa confessed about feeling skeptical about her marriage to Joe. She stated, “I’ve never seen Joe fight so hard against something that I want. So I am feeling really scared about our relationship because I’ve never felt this exhaustion and feeling of giving up.” Despite the hiccups the couple faced during season 11, it seems like they have been able to sort out their issues successfully.

In an interview in February 2021, Melissa shared that she has evolved as a person since they got married, and thus, they both work hard to accept each other and grow together. She added that their children and their love for each other drive them to fight harder to stay together. Melissa further elaborated that despite the constant public scrutiny on their marriage, they have managed to stay together.

Citing the COVID-19 pandemic as one of the reasons that brought out their conflicts, Melissa stated in a July 2021 interview with Us Weekly that spending more time together while filming season 11 caused them to have heated arguments while they addressed their problems. About Joe’s reservations regarding her work life, she said, “It’s not that he’s not proud of that. He is proud of it, but it does pull me out of the house a lot… It was becoming strenuous for us because he just doesn’t want it. And I’m not willing to give it up.”

Melissa also shared that they were initially embarrassed to watch their behavior on season 11 but realized how problematic their differences were due to that. Thus, the couple began taking significant steps to improve their marriage. While Joe stopped criticizing her every decision, she too became more systematic about her work commitments. “I know we’ve been married for 16 years, but we are still learning each other. There’s different turning points, I would say, in marriages,” Melissa added.

Joey and Melissa Gorga celebrated 17 years of marriage in August 2021 and are currently in a happy space as they try to strengthen their bond. They both are an example of how marriage is about constant commitment and efforts to support each other through good and bad. Fans hope that their favorite pair remains blissful ahead.