Are Mike “The Situation” and Lauren Sorrentino Still Together?

‘Jersey Shore’ and its spin-off ‘Jersey Shore: Family Vacation’ are examples of classic reality television; in fact, the OG show is considered to be an iconic and massively influential part of popular culture. Revolving around the concept of a group of friends vacationing together for a month, the two shows chronicle the gang’s highly dramatic interpersonal relations, romantic adventures, and desire to have fun at any cost. The original series ran from 2009 to 2012, and the reunion spin-off premiered in 2018.

Over the years, the two MTV reality shows have presented a number of glamorous romantic pairings to fans all over the world. Mike “The Situation” Sorrentino and Lauren Sorrentino are a fan favorite couple, and their romantic journey is considered by many to be quite wholesome and heartwarming. However, it’s not uncommon to discover that long-time celebrity couples have drifted apart due to various reasons. Thus, fans are concerned about the relationship status of the Sorrentinos. Are Mike and Lauren still married to each other? Let’s find out!

Michael “Mike” Paul Sorrentino (also known as “The Situation”), 39, and Lauren Sorrentino (née Pesce), 36, met in the year 2004 during a math class at Brookdale Community College. Mike started courting her soon after they met; eventually, the two started going out on dates and became a couple. 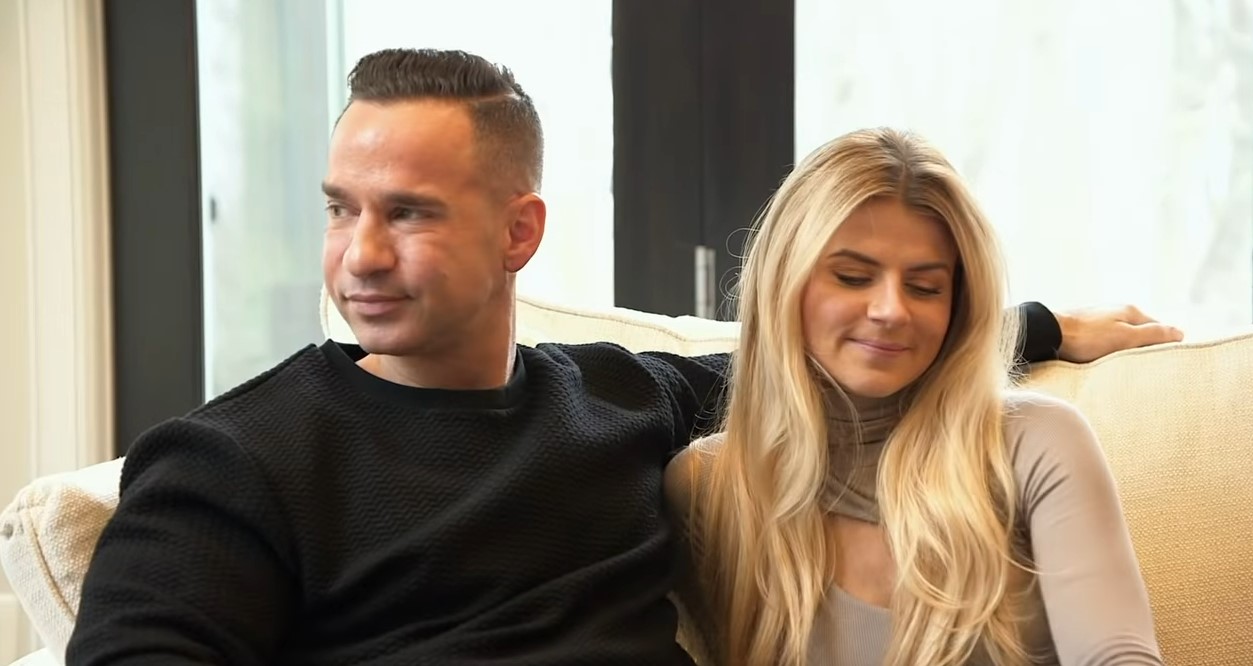 Mike and Lauren decided to take a break three years after commencing their romance when the former tried to launch his fitness modeling career, and the latter went to fashion school. It was during this long break that Mike was asked to become a part of ‘Jersey Shore.’ After the original series ended, Mike and Lauren got back together in 2013.

However, Mike acknowledged that it wasn’t smooth sailing for him and Lauren. “But, I will say I wasn’t necessarily doing the right thing at that particular time. I still wasn’t sober, I was sort of the edge of my party days and I was not — I was pretty much acting up,” revealed the reality star. He explained how Lauren “wasn’t having any of it” and encouraged him to get better as she wanted to start a family with him. Mike frequently talks about Lauren’s role in ensuring his sobriety on the reunion show. 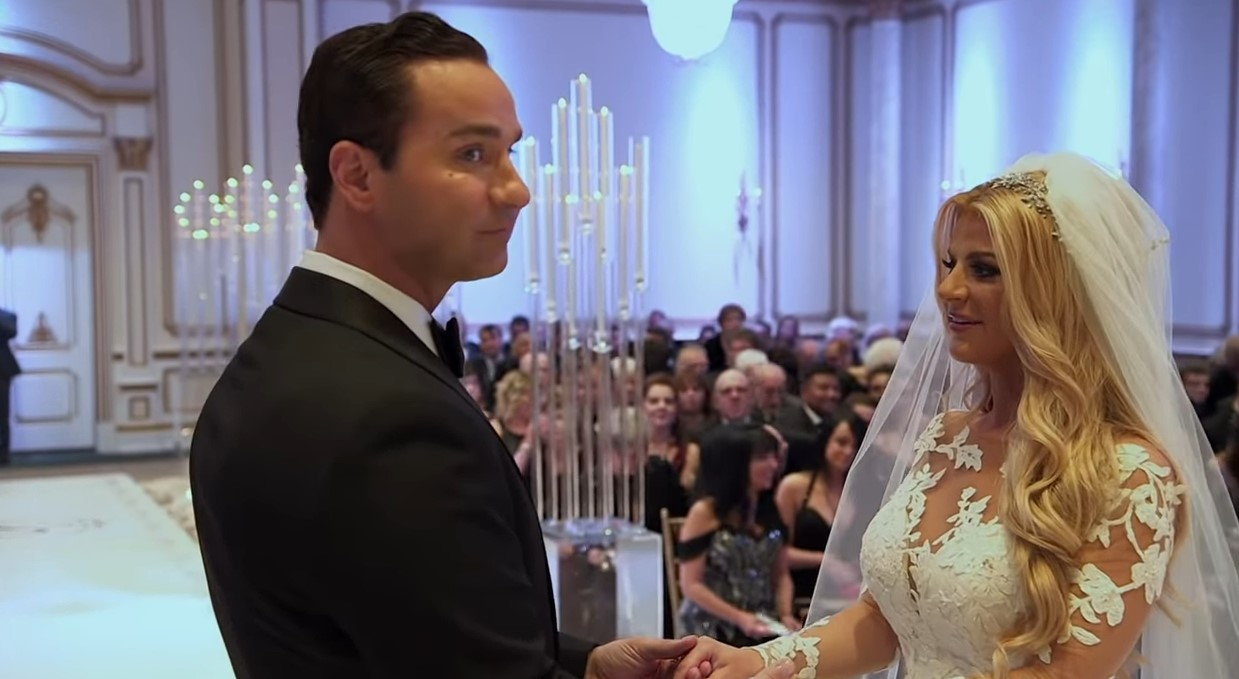 Lauren became a part of the ‘Jersey Shore’ clan through ‘Jersey Shore: Family Vacation.’ Thus, fans got a chance to observe Mike and Lauren’s romantic life in depth onscreen. In fact, Mike grandly proposed to Lauren in April 2018, with the help of his roommates. This was documented in season 1 of the spin-off show. On November 1, 2018, Mike and Lauren got married at The Legacy Castle located in Pompton Plains, New Jersey, as seen in season 2. The show’s third round focused on the couple’s relationship, along with Mike’s time in prison due to tax evasion. However, Mike’s prison sentence didn’t seem to have too much of a negative impact on their relationship.

“We [Lauren and I] don’t necessarily have a plan for [when I go away to prison]. I don’t know if you can actually plan for such a thing,” Mike explained in late 2018. “But it’s gonna be a blip [on] the radar and, you know, we’re happy to start a family now.” Season 4 of the show focused on the couple’s attempts to have a baby and Lauren’s childbirth is a part of season 5. Clearly, Mike and Lauren have been through their fair share of tricky situations. Although their love seems powerful and healthy, even the strongest of couples are known to face insurmountable obstacles. So, are Mike and Lauren still together?

Are Mike “The Situation” and Lauren Still Together?

Yes, Mike “The Situation” Sorrentino and Lauren Sorrentino are happily married and still together. In fact, their social media feeds are full of pictures focusing on their blissful domestic life. The couple even has a YouTube channel called ‘The Situations.’

On May 26, 2021, Lauren gave birth to a baby boy, who was named Romeo Reign Sorrentino. The news was particularly joyous because the reality star had a traumatizing miscarriage in late 2019. However, the ordeal strengthened the couple’s bond. “That [the miscarriage] definitely brought us closer together,” said Lauren. “Mike and I are an open book and that was a big reason why I wanted to share it.… Once we shared that, it was like a weight off our back. Just to be able to help other people by sharing my story is always the best thing I can do.”

Moreover, Mike and Lauren started an Instagram page for their baby in order to document his early years. The couple also has a baby clothing brand called ‘Baby Sitch’ along with a motivational podcast by the name of ‘Here’s The Sitch.’ Additionally, Mike runs ‘Brotrition,’ a company that sells fitness gear and workout supplements. Mike and Lauren are often seen going on vacations and seem healthy and content.

Thus, it seems as though things are going well between Mike and Lauren; the former never misses an opportunity – both onscreen and offscreen – to talk about the latter’s massively positive impact on his life. It’s obvious that fans love the celebrity couple as well, considering the amount of encouraging and appreciative remarks seen in the comment sections of the duo’s social media profiles. We genuinely hope things continue to stay positive for Mike, Lauren, and baby Romeo!

Read More: Are JWoww and Zack Clayton Carpinello Still Together?