Are Miriam Wofsoniker and Emory Anderson Based on Real People? 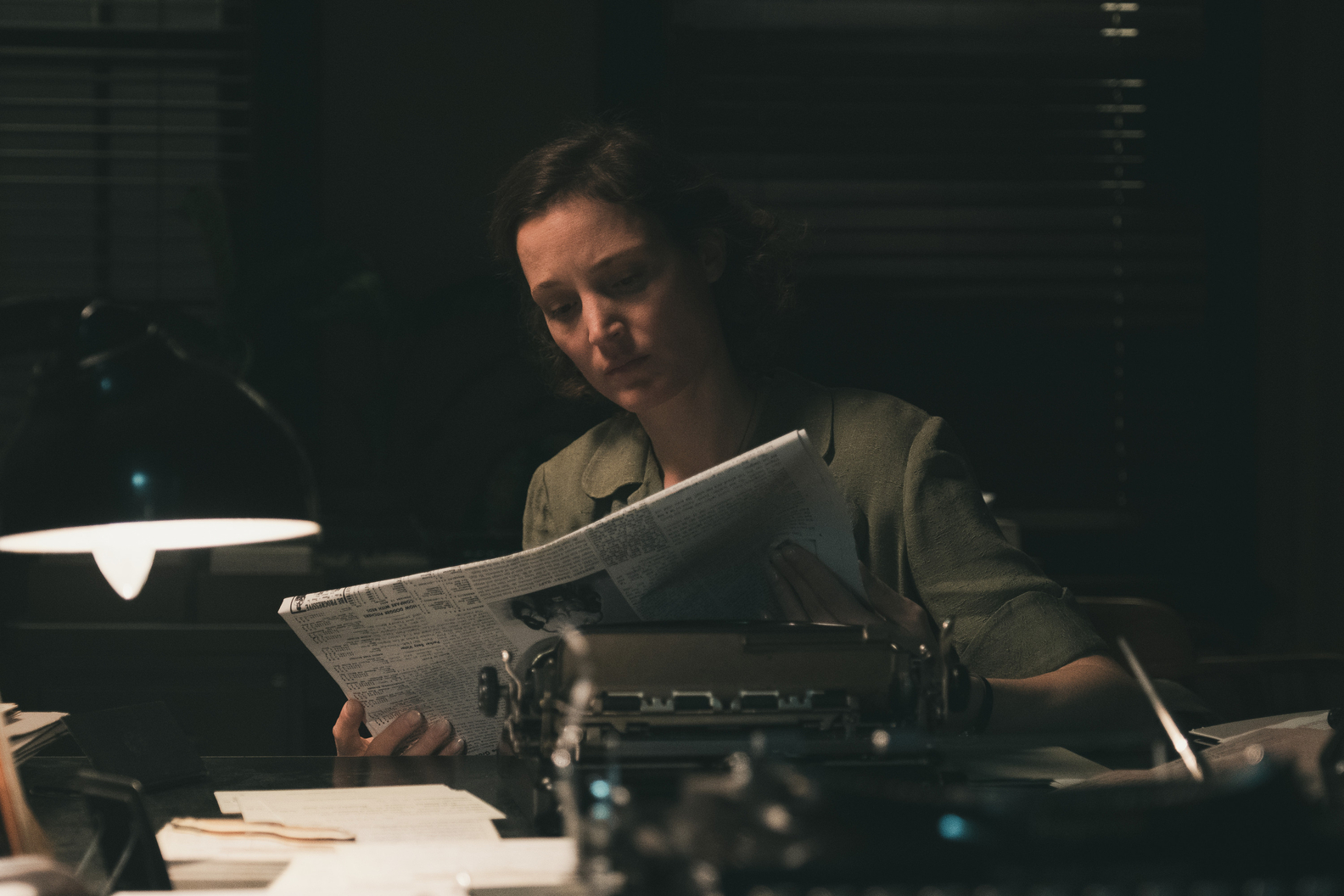 ‘The Survivor’ is a biographical film that centers upon the life of Holocaust survivor-turned-professional boxer Harry Haft. Despite surviving years in concentration camps, Haft hasn’t given up hopes of finding his first love, Leah. In fact, he is driven to be famous so that Leah knows how to find him. Through it all, Miriam – who eventually marries him – stands by his side and assures him that they will find Leah.

Another person who becomes instrumental in Haft’s journey is Emory Anderson, who promises to bring the boxer the fame he needs to achieve his goal of reaching out to Leah. However, this must have gotten you thinking whether the characters of Miriam (Vicky Krieps) and Emory (Peter Sarsgaard) are based on actual people. So, here is all that we have gathered! SPOILERS AHEAD.

Interestingly, the character of Miriam is based on Haft’s real-life wife, Miriam Wofsoniker. A few months after Haft’s loss to Rocky Marciano – which also happened to be the last match of his professional boxing career – he married Miriam in November 1949. In the 2019 letter that Haft’s first-born Alan Scott Haft wrote to the late boxer, he shared that despite the alleged abuse his mother faced, she was protective of Haft and excused his behavior because of his difficult past. Therefore, it is safe to say that the film aptly captures the empathy and frustration the real-life Miriam supposedly felt.

However, the film apparently takes some creative license in depicting the story of how Miriam and Haft came together. Before the book ‘Against All Odds: Holocaust Survivors and the Successful Lives They Made in America’ by William B. Helmreich was published in 1992, Haft candidly spoke about his life in an interview on June 28, 1990. He revealed that he first noticed Miriam as she lived in an apartment in the same building as him.

Haft further divulged that he and Miriam eloped a few weeks after getting acquainted with each other but had a Jewish wedding about six months later. Moreover, it made sense for Haft to move in with Miriam as the elderly lady he was staying with had passed away in the meantime. The couple shared three kids – two sons and one daughter. Miriam and Haft stayed married till he passed away in 2007. Nearly 12 years after her husband’s death, Miriam breathed her last in the summer of 2019.

Is Emory Anderson Based on a Real Journalist?

In the film, Emory Anderson is a journalist who takes an interest in the life of Harry Haft. Since the boxer is interested in having his name splashed across the media so he can find Leah, the journalist is more than happy to cover his life through his writings. But when Anderson’s article is published, it triggers an unfavorable reaction from the Jewish community, so much so that Haft is branded a “traitor.”

Anderson’s article exposes all that the boxer did in order to survive the concentration camps – that is, fight fellow Jews to the finish; losing those matches usually meant death. In reality, Haft did not discuss the details of his life in the concentration camps till much later in his life. Apart from the 2006 biographical book – ‘Harry Haft: Survivor of Auschwitz, Challenger of Rocky Marciano’ – that Alan Scott Haft wrote, there were some interviews in the 1990s that explored various aspects of Haft’s life.

Read More: Did Harry Haft Fight Rocky Marciano in Real Life? How Did He Die?