Are Pablo and Raquel From Insiders Dating?

By following a group of diverse individuals as they step into a studio believing they’re in the final “casting” phase for a new production, only to already be in it, ‘Insiders‘ is a reality series unlike any other. After all, since it utilizes hidden cameras and microphones to pick up every bit of covert scheming as well as alliance-building, personal associations (both good and bad) often take center stage. Amongst them in season 2 was the incredibly heartening bond between Pablo Carmona and Raquel Arias — so now, if you wish to learn precisely where they stand today, we’ve got you covered.

As soon as we came across Pablo and Raquel on the Netflix original, it was like they were two peas in a pod; extremely extroverted, ambitious, and brutally honest in every sense of the term. It thus came as no surprise when they found themselves immediately drawn to one another, only to simultaneously start spending almost all their time together while playing the complex game. “From the first time I saw you, I thought you were super-expressive. You were so open,” the Huelva-based plane mechanic told the Madrid-based model. “I’ve told you before, I thought you were like an emoji.”

Pablo added, “[I thought] like, ‘she shows everything.’ I really watch people’s body language. I watch their gestures, their expressions. And you’re a person that, without having any conversation, gave me a good vibe — made me feel a connection.” Even Raquel conceded that she genuinely liked being close to him because they had a natural, mutual affinity that is rare to find in any situation, let alone during a reality competition. From joking around to opening up about their deepest darkest secrets and from engaging in small talk to discussing their past, present, and future, they essentially did it all.

At one point, Raquel told her fellow contestants, “[Pablo] and I agree on a lot of things when we’re talking about our lives,” before telling producers, “Every day, we have more and more things in common with each other. And we’re more comfortable telling each other stuff, and we stay up late talking about life.” That’s why she was absolutely heartbroken when he was booted off early on, admitting the impact he had on her would never waver, especially in terms of her emotional growth. Though the truth is that they both helped each other reach a point where they could express themselves without any shame.

Are Pablo and Raquel Dating?

While Pablo had stated in his introduction that people usually deemed him “some kind of a robot” because he’s always rather neutral, that was not at all how he was around Raquel. Moreover, she’d also revealed she never used to cry in front of people or convey her feelings through hugs or kisses, yet Pablo (as well as her other friendships on ‘Insiders’) allowed her to grow. As for them getting involved, Pablo said, “Something more with Raquel? Maybe. I don’t know, maybe. I just have respect for her in that sense. But from where I sit, why not?” 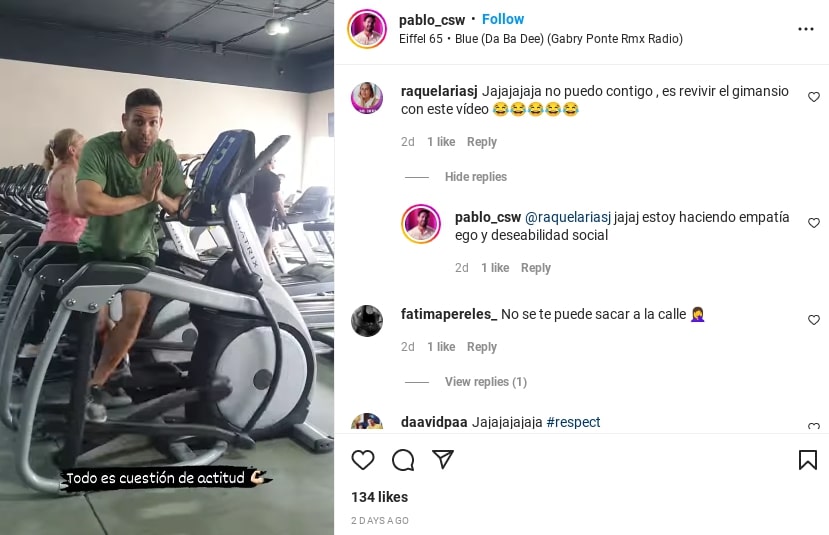 Neither Pablo Carmona Soto nor Raquel Arias has explicitly spoken up about their relationship status recently, but from what we can tell, they are definitely still close. In other words, although we can’t confidently speculate on whether the duo is romantically together at the moment, their online platforms make it perfectly clear that they’ve managed to maintain a healthy and positive bond. So we’re just staying optimistic.

In fact, on one of Pablo’s most recent videos, where the digital creator and fitness buff has joked about getting strong, Raquel brought up their time together on ‘Insiders’ by commenting, “Hahahahaha, I can’t with you, it’s reliving the gym with this video 😂😂😂😂😂.” To this, even Pablo quickly quipped, “lol im doing ego, empathy, and social desirability.”

Read More: Are Lorenzo and Marta From Insiders Still Friends?