Are Sabrina Carpenter and Griffin Gluck Still Together? 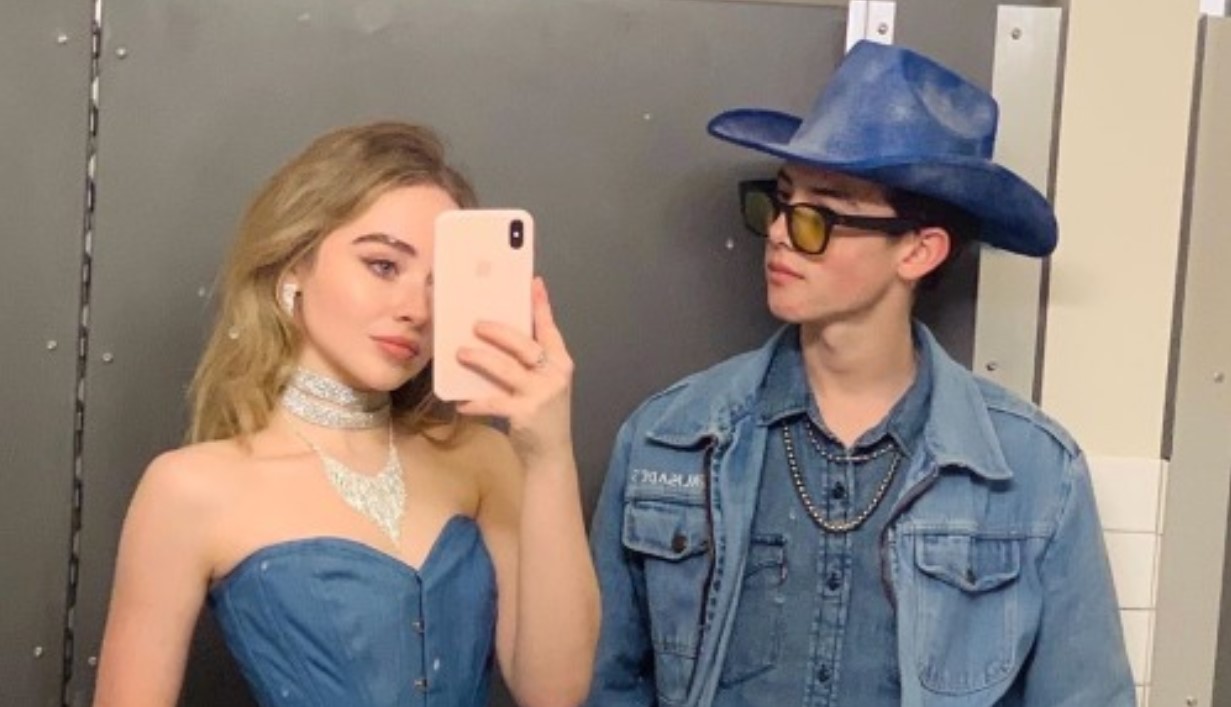 Sabrina Carpenter has now established herself as an actress and singer with numerous laurels under her belt. Making her acting debut with an appearance on ‘Law & Order: Special Victims Unit,’ Sabrina went on to become a Disney Channel star through her role as Maya Hart in ‘Girl Meets World.’ She has also been involved in numerous popular productions, including ‘Horns,’ ‘Tall Girl,’ and ‘Work It.’ Apart from her acting prowess, Sabrina has also lent her voice to a few animated shows and made a niche for herself as a singer with 4 immensely popular studio albums to her name.

Sabrina met fellow actor Griffin Gluck while filming for ‘Tall Girl’ and soon appeared to build quite a connection with him. Griffin, who enjoys a fanbase of his own, appears in several productions, such as ‘American Vandal,’ ‘Dinner in America,’ and ‘Locke and Key.’ With Sabrina and Griffin appearing quite comfortable together and even sharing adorable social media posts, it did not take long for fans to speculate the existence of a romantic connection between the two. Well, let’s find out if they are still together, shall we?

Sabrina Carpenter and Griffin Gluck reportedly met on the sets of the 2019 Netflix movie ‘Tall Girl.’ The two felt the sparks ignite soon after their first meeting, and it did not take long for Sabrina and Griffin to get comfortable with each other. Soon the two were spotted spending time together and even began sharing pictures of them for their followers on social media. It did seem like their connection was growing stronger with each passing day as the pair seemed almost inseparable.

According to reports, Sabrina and Griffin supposedly got together and began seeing each other in October 2019. Nevertheless, we should mention that the pair chose to keep their relationship status under wraps and never explicitly confirmed if they were dating. However, there were numerous hints of them being together, starting from the now-deleted cozy pictures on social media, dressing up in matching costumes during Halloween, and getting spotted in public together.

Besides, the two also attended several Golden Globe parties together, and Sabrina even accompanied Griffin to the premiere of his movie ‘Big Time Adolescence,’ where they walked the red carpet together. Thus, with a lot to suggest a possible romantic relationship in the works, fans were quite elated to see Sabrina and Griffin happy with each other.

Are Sabrina Carpenter and Griffin Gluck Still Together?

We hate to be the bearer of bad news, but Sabrina Carpenter and Griffin Gluck have since parted ways. Speculations about a supposed break-up began doing the rounds when Sabrina deleted some pictures of her and Griffin from social media. The ‘Locke and Key’ actor also suddenly stopped posting about Sabrina since January 2020. Although the two aren’t together anymore, they never spoke up about their fallout, making the reason behind it quite unclear.

Following her split from Gluck, Sabrina was speculated to be in a relationship with actor and singer Joshua Bassett. However, one should note that this is merely speculation as neither Sabrina nor Joshua ever spilled the beans about their connection. Moreover, she seems to have moved on and appears to be currently dating Wes Gordon, the creative director of Carolina Herrera. On the other hand, Griffin is quite private regarding his personal life and has a limited presence on social media. He currently appears to be single and is focusing all his attention on furthering his already successful acting career.