Is Tall Girl Based on A True Story?

Filmmaker Nzingha Stewart made her feature debut with the 2019 teen romantic comedy movie ‘Tall Girl.’ The story follows Jodi Kreyman, a reclusive high school student who is yet to accept her above-average height. She gets through her life with the help of her two best friends — Fareeda and Jack Dunkleman — who dote on her. While Jodi does not consider Jack datable, things start looking hopeful for Jodi as Stig Mohlin, a Swedish exchange student, enters the picture. Jodi’s older sister Harper — who has several beauty pageants in her bag — warns Jodi not to mingle in the overseas affair.

However, as Stig stays in Jack Dunkleman’s house, Jodi defies her sister and embraces the challenge of accepting herself. This high school movie seems to employ a lot of traditional genre tropes, but Ava Michelle’s performance in Jodi’s character makes the drama worthwhile. However, you must be wondering whether there is some truth in the movie’s depiction of height discrimination. If the question is bugging you, let us explore further.

Is Tall Girl Based on A True Story?

No, ‘Tall Girl’ is not based on a true story. People who have faced body image issues or instances of height discrimination may sympathize with the movie’s tenor. However, it is not just about height – the director stressed that the film is about overcoming your insecurities. It attempts to teach that the aspect you are afraid of showcasing in front of the world may be the thing that makes you unique. Stewart made the feature film from a script penned by screenwriter Sam Wolfson, who started his career with the project. 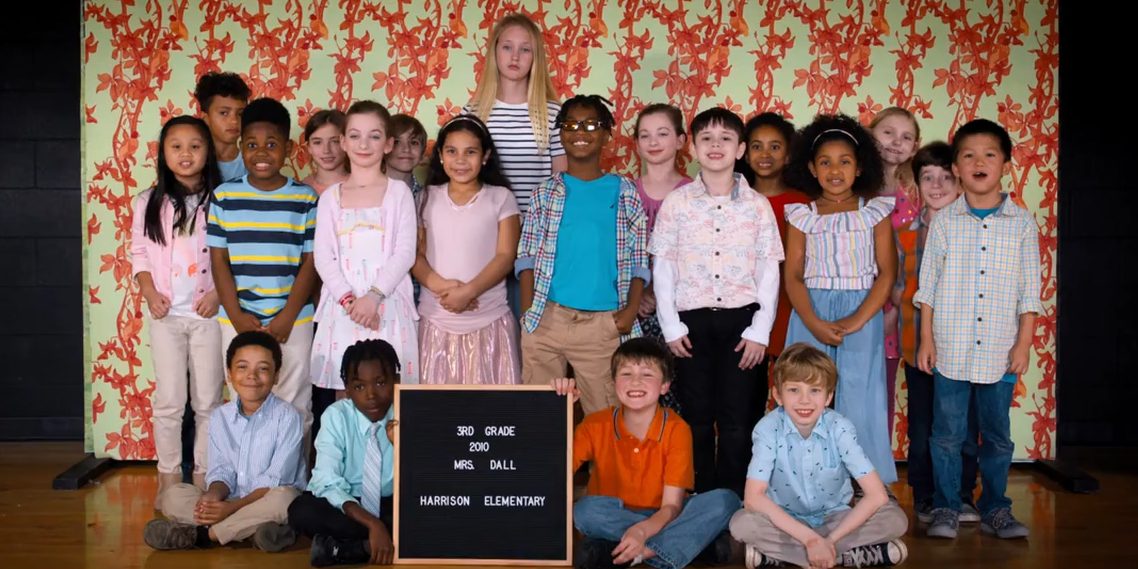 Stewart is no novice in the art of filmmaking. The frequent Shonda Rhimes collaborator has worked on several TV movies and episodes from popular shows such as ‘How to Get Away With Murder’ and ‘Pretty Little Liars.’ Shortly after the trailer’s release, the movie, unfortunately, faced some backlash on Twitter. Some users thought that height discrimination was a trivial matter related to the world’s racial and social injustices. In the days that followed, people were still busy making fun of the movie’s concerns.

At this juncture, Kyle Alex Brett, a legal counsel for independent films at Netflix, mediated the scenario. He took to Twitter, acknowledging his solidarity with Stewart. In an industry where people of color are severely underrepresented behind the camera, Stewart’s directorial debut was a win for many, including Brett. In a tweet, he urged the less-than-decent users, “Before you kill a movie, know exactly who you’re trying to kill.”

Here’s the director of it, one of Shonda’s frequent directors for her television series, Nzingha Stewart, talking about how hard it is to get opportunities.

Nzingha Stewart, an African-American, brought her husband over from Morocco. His stay during the shoot gave her a new perspective. Talking about how Kyle’s stand for her changed people’s minds about the film, Stewart told Refinery29, “Maybe it seemed ridiculous to have a movie about a tall girl. That’s not really oppression. But once they realized it was a Black girl they were like, Oh, I bet it’s hard for her to get opportunities. I do know what that feels like. So now I’m going to rally. It shifted the perspective. There was a different pain. And this one, they could relate to.”

Finding the perfect match for Jodi’s character proved to be a tad bit difficult. The casting department issued a worldwide casting call, urging women above 5’10” to submit their video entries. The hunt ended when they stumbled upon Ava Michelle – and the writer adjusted the height of the character accordingly. Like Jodi in the movie, Ava is 6’1” tall. Thus, Ava recollected that her and Jodi’s experiences were similar to an extent. However, she differentiated from her character in one aspect. Ava has always had her mother for support, who is also tall.

Having said that, the movie’s ending brings us to a pretty generic conclusion, only portraying the nuances of body image issues up to a point. In the end, Jodi has to subscribe to the standard version of beauty before accepting herself. Explaining how the film talks about people striving to overcome their insecurities, Stewart added, “It’s hard to see a movie where someone has a hard time and not say it’s about bullying. But the movie’s not really a movie about being bullied for being tall. It’s about having an insecurity and having to get over it and learn that the thing you’re ashamed of is the thing that makes you special.”

The director further stated, “Because we want to use the same language as the culture, we might make ourselves victims. You don’t have to be a victim. You can just say, I’m not being bullied. That person’s an a–hole. You don’t have to internalize that other person.” Therefore, the Netflix production’s depiction of prejudice against someone based on their height have some truth, and its own brand of subversive storytelling is visible. However, its prescribed path towards “overcoming insecurities” may not work for everyone.