Are Sarah and Nathan From Byron Baes Still Together? 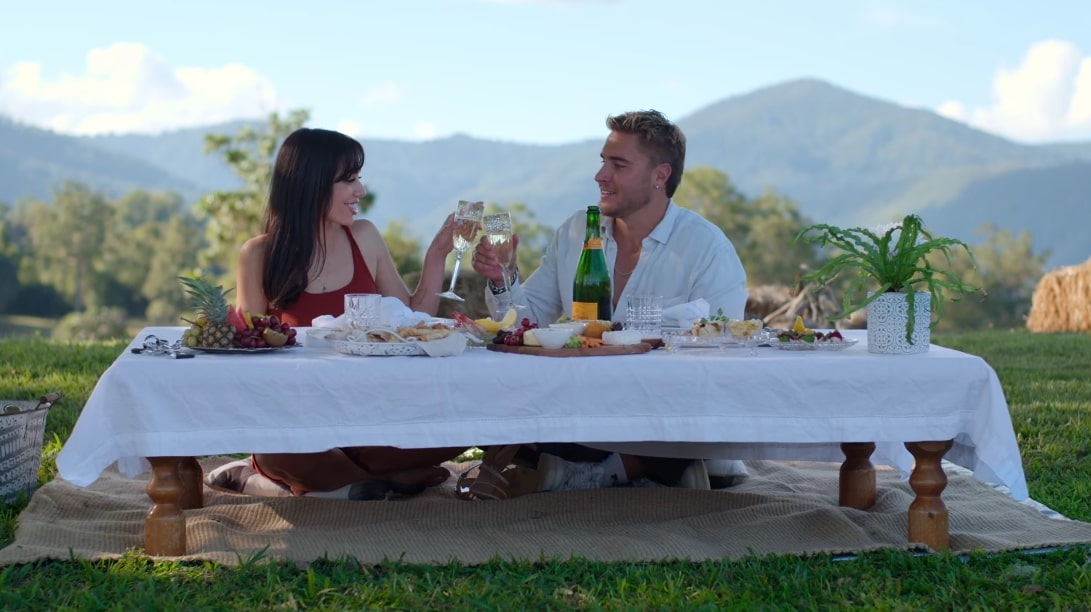 Having already appeared in the Australian editions of ‘The Bachelorette‘ (season 4) and ‘Bachelor in Paradise’ (season 2), Nathan Favro is no stranger to being right in the spotlight. However, what’s new in terms of his presence on Netflix’s ‘Byron Baes‘ is that this time, he truly went above and beyond to make his latest romantic involvement with Sarah St. James work. He even admitted that he was ready to settle down for good — so now, if you wish to know more about his connection with the musician as well as their current standing, we’ve got the details for you.

From the moment Sarah and Nathan first came across one another at a party soon after she’d moved down to the Bay from the Gold Coast, there was a spark neither of them could deny. That’s part of why she took him up on his offer to show her around town, with the other reason being that it would help her start mixing with like-minded individuals to expand her professional opportunities as well. The fact that Nathan ended up taking Sarah on a picnic near the beach was a surprise to her, but they still made the most of it by getting to know each other on a deeper level. 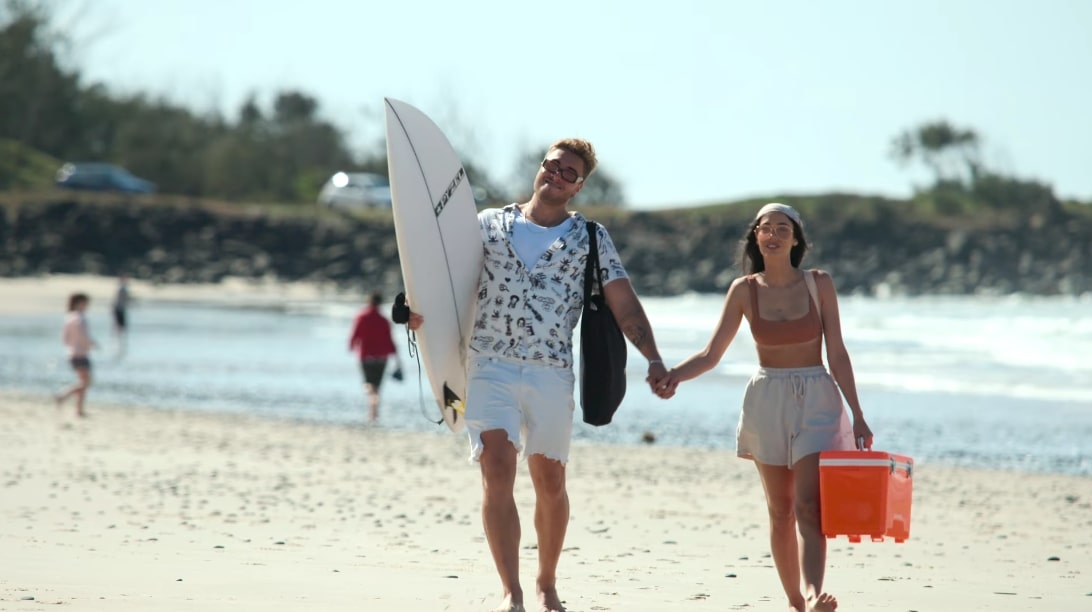 Their conversations (and his appreciation of her talent) made Sarah think that Nathan was more than a party boy, only to leave her disappointed when he basically ignored her at the subsequent gathering. He wanted her to make more friends — just like Sarah had said she desired to — yet it came off as a bit abrupt and rude, driving her closer to Elias Chigros of ‘Love Island Australia’ season 1. That’s when the drama between the two men and supposed good friends began, especially as the latter openly called Nathan a “f**kboy,” but it did not deter him and Sarah in the long run.

Are Sarah and Nathan Still Together?

Despite all the issues they faced so early on in their association, the musician and the reality star managed to go on an actual (enjoyable) date, which honestly made their feelings perfectly clear. Therefore, it came as no surprise that even when every woman in their group had something or the other to say about Sarah, Nathan not only backed her up but also showed her she could trust him. Rumors of his alleged relationship with his roommate/best friend Elle shattered everything apart, though, making Sarah realize that she simply could not remain in Byron Bay anymore.

Since the Gold Coast native never really felt welcomed by the Bay locals, Nathan was the sole reason she stuck around, meaning that the tainting of their bond (in spite of his words of affirmation) broke her. However, considering his actions and the fact that they were both genuinely falling hard and fast, it seems unlikely that Nathan had given up on them just because she went back home — which we believe their online presence corroborates.

After all, Sarah and Nathan continue to follow one another on Instagram, and he was also spotted around the Gold Coast area in the last few months. With that said, neither of them has explicitly confirmed or denied their romance as of writing, so looking at their undeniably positive journey, everything is just our optimistic hope right now. But from what we can tell, even if the duo is not together anymore, they are, at least, still on good terms.

Read More: Are Elle and Stav Still Together?